ONE Championship is returning with a bang on Friday, 31 July.

On that day, the world’s largest martial arts organization will resume its flagship event schedule with ONE: NO SURRENDER in Bangkok, Thailand.

While the full card has yet to be announced, three bouts – including two World Title contests – have been revealed.

The main event will see ONE Flyweight Muay Thai World Champion Rodtang “The Iron Man” Jitmuangnon defend the belt against his longtime foe and compatriot Petchdam “The Baby Shark” Petchyindee Academy in a trilogy bout.

Ahead of those extraordinary Muay Thai showdowns, let’s revisit the best win from each of these stars on the global stage.

After narrowly defeating titleholder Jonathan “The General” Haggerty for the ONE Flyweight Muay Thai World Championship in August 2019, Rodtang cemented his status as the division’s rightful king in their headlining rematch at ONE: A NEW TOMORROW inside the Impact Arena in Bangkok this past January.

Haggerty looked composed during the opening frame and seemed willing to trade shots, but a left hook and cross to the liver sent him down to the canvas. Rodtang tried to capitalize by throwing more blows to the body, but “The General” stood tall and countered off the back foot for the duration of the stanza.

In the second, the Englishman tried to use his range and sensational arsenal of teeps, roundhouses, and low kicks to keep his rival at bay, but “The Iron Man” did his best to close the distance and throw more body shots. Even when Haggerty went for a sweep, the Thai brilliantly jumped over his leg and maintained his balance.

It all came to a boil in the third round, however.

Rodtang aggressively controlled the pace and went after Haggerty, who held a high guard, used his teeps to bat his rival away, and even landed a push kick to the face. But “The Iron Man” still walked through those counter-attacks in search of the finish.

The hometown hero continued walking Haggerty down with punches before cornering him and exploding with a barrage of shots – including two left hooks and a straight right to the body, which crumpled the Londoner for the first knockdown of round three.

He returned to his feet, but the Thai was fired up. Rodtang blocked a jumping knee and then burst forward with left hooks and straight rights to the head, forcing the second knockdown of the round.

As soon as the challenger stood back up, the Bangkok native plowed forward with more punches. A hard left to the stomach sent Haggerty back to the canvas for the final time, prompting the referee to stop the contest and award the TKO victory to the Jitmuangnon Gym representative.

For his sophomore appearance on the global stage, Petchdam wanted to capture everyone’s attention at the Impact Arena in Bangkok. He certainly succeeded.

The Thai southpaw, who had red hearts painted on his short pink hair, squared off against Chinese-Australian Kenny “The Pitbull” Tse at ONE: KINGDOM OF HEROES in October 2019, and he delivered a highlight-reel performance in 86 seconds of action.

Petchdam measured the distance only seconds into the ONE Super Series Muay Thai flyweight bout, and once he figured out the range, he repeatedly whipped left roundhouse kicks at his rival’s head and ribs.

“The Pitbull” tried to block them and close the distance in an effort to unload his close-range boxing, but the Petchyindee Academy representative was relentless with his kicks. He constantly fired off roundhouses, which eventually broke down Tse’s defense.

Just 75 seconds into the tilt, Petchdam threw another left roundhouse kick, with his shin cracking “The Pitbull’s” temple. Tse staggered around in a daze, allowing “The Baby Shark” to follow up with a knee to the body and a final elbow to the head for the knockout.

The future ONE Featherweight Muay Thai World Champion picked up a signature win at ONE: DESTINY OF CHAMPIONS in December 2018.

At that event, Petchmorakot met multiple-time Muay Thai World Champion Liam “Hitman” Harrison inside the Axiata Arena in Kuala Lumpur, Malaysia. And though the Thai was initially outdueled in the opening stanza, he made up for it with a sensational KO.

The two strikers exchanged kicks in the first round of the ONE Super Series Muay Thai featherweight contest, but the Brit began getting the better of his rival. “Hitman” evaded some kicks and responded with clever counter-strikes and even a thunderous sweep. He also ripped off explosive boxing combinations toward the tail end of the period.

In round two, the Petchyindee Academy representative turned up the heat. He led with his jab to step in with kicks and knees, while Harrison countered with his boxing.

Petchmorakot never let up. He kept marching forward with his jab, and before long, his kicks and punches were finding the mark. Then he backed the Englishman against the Circle Wall, threw a light jab, and used that jabbing hand to pull down Harrison’s right hand.

With his rival’s head exposed, the Thai moved forward with a cross elbow and delivered the knockout blow.

“The Boxing Computer” made sure that his return to Tokyo, Japan, was unforgettable.

In March 2019, the Thai legend competed in the Japanese capital for the first time in nearly eight years against Andy “Souwer Power” Souwer in a 72-kilogram kickboxing bout at ONE: A NEW ERA.

Although the Dutch kickboxing icon had narrowly defeated him eleven years earlier, “The Boxing Computer” proved he was the superior striker at the world-famous Ryogoku Kokugikan.

Yodsanklai attacked early with his trademark left roundhouse kicks, and he used one of those kicks to pull his body into range and strike with a short right hook, dropping “Souwer Power” to the canvas for the first knockdown of the ONE Super Series tilt.

Souwer quickly recovered, immediately threw leg kicks, and tried to quickly move in and out of range, but the Thai continued to threaten with his powerful striking.

The real fireworks came in the second frame. The Amsterdam native walked into a jab, which caused him to slip, but he instantly popped back up to his feet. Yodsanklai then backed him to the Circle Wall, blocked a kick, and dropped him with a left cross for a knockdown.

While “Souwer Power” answered the count, he was on borrowed time. “The Boxing Computer” again blocked his attacks, walked him against the Circle Wall, and let rip with a furious combination. That combo’s last punch – a left cross to the nose and cheek – sent the Dutchman to the canvas for the TKO. 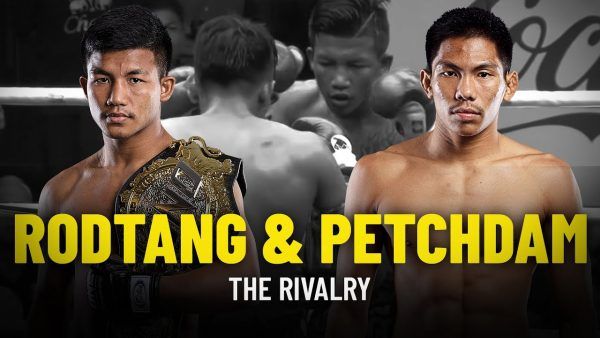