When Allycia Hellen Rodrigues left Bangkok, Thailand, on Friday, 28 August, her luggage was a little heavier than when she arrived.

The Brazilian narrowly defeated reigning queen Stamp Fairtex via majority decision at ONE: A NEW BREED to win the ONE Atomweight Muay Thai World Championship belt.

Both women played a careful game in the opening frame, as Rodrigues attacked with kicks and Stamp offered up punches.

It was the Thai who seemingly held the upper hand in those exchanges, as she sent the Brazilian staggering backward with right hands to the head and then kicks to the torso.

In round two, Stamp came out aggressive, again launching kicks into the sides of Rodrigues. The Brazilian, on the other hand, decided to hang back and play the counter game.

As the round wore on, the Fairtex representative increased her output, which often forced Rodrigues to battle from the ropes and the corner. 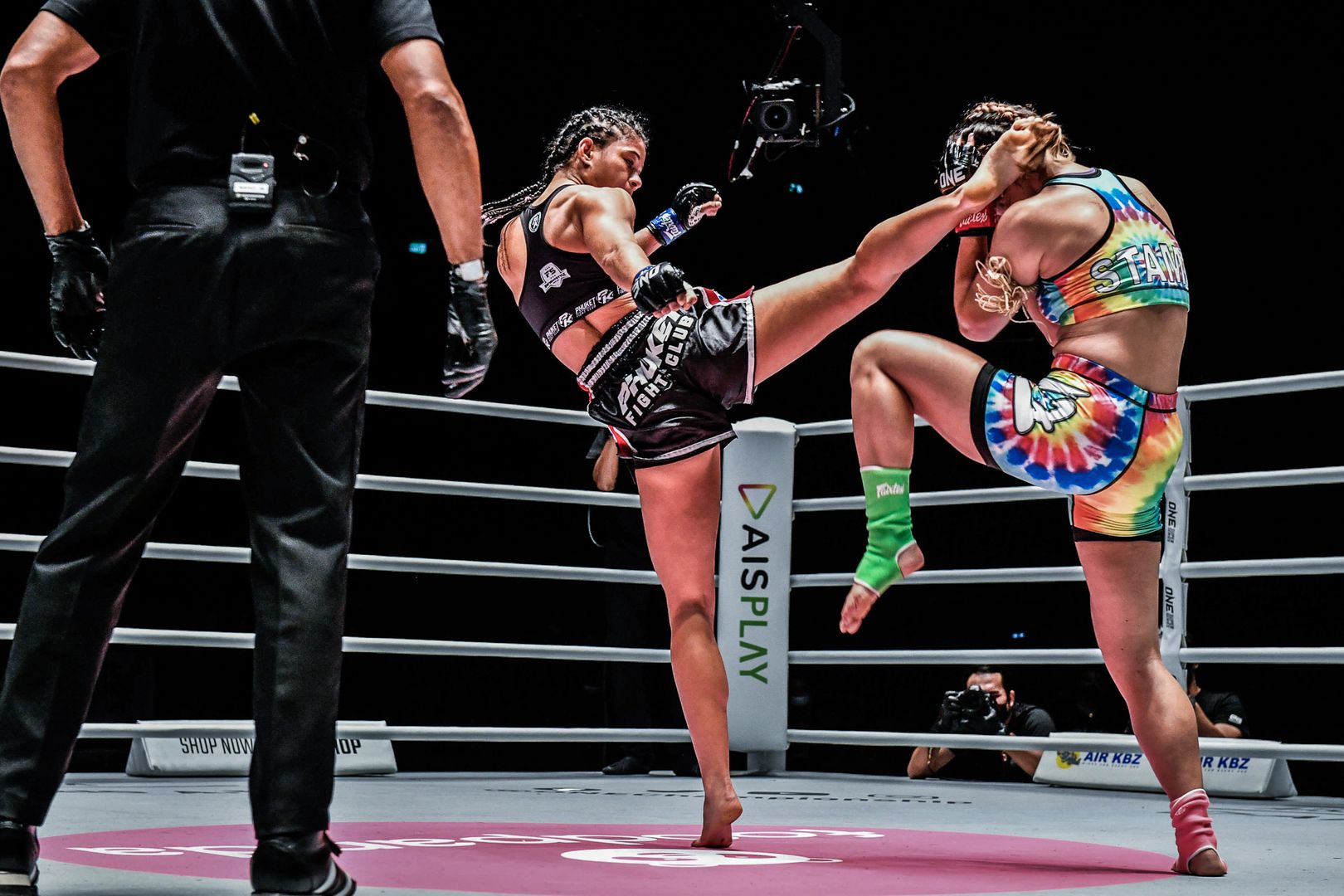 The switch flipped for Rodrigues in round three. She immediately put the pressure on Stamp, firing off punishing body kicks that left the defending World Champion off-balance.

Moreover, when the two women fell into the clinch, the Phuket Fight Club standout swiftly turned and dumped Stamp to the canvas, and her domination only grew from there.

In the fourth, the Fairtex standout came to the center of the ring with her mouth open and breathing heavily, and the World Title challenger took full advantage.

Rodrigues stalked her rival down, throwing blistering straight rights and body kicks. When Stamp did manage to counter, the Brazilian craftily caught and responded with kicks of her own. But it was inside the clinch where she did the most damage, hammering away with knees to finish out the round. 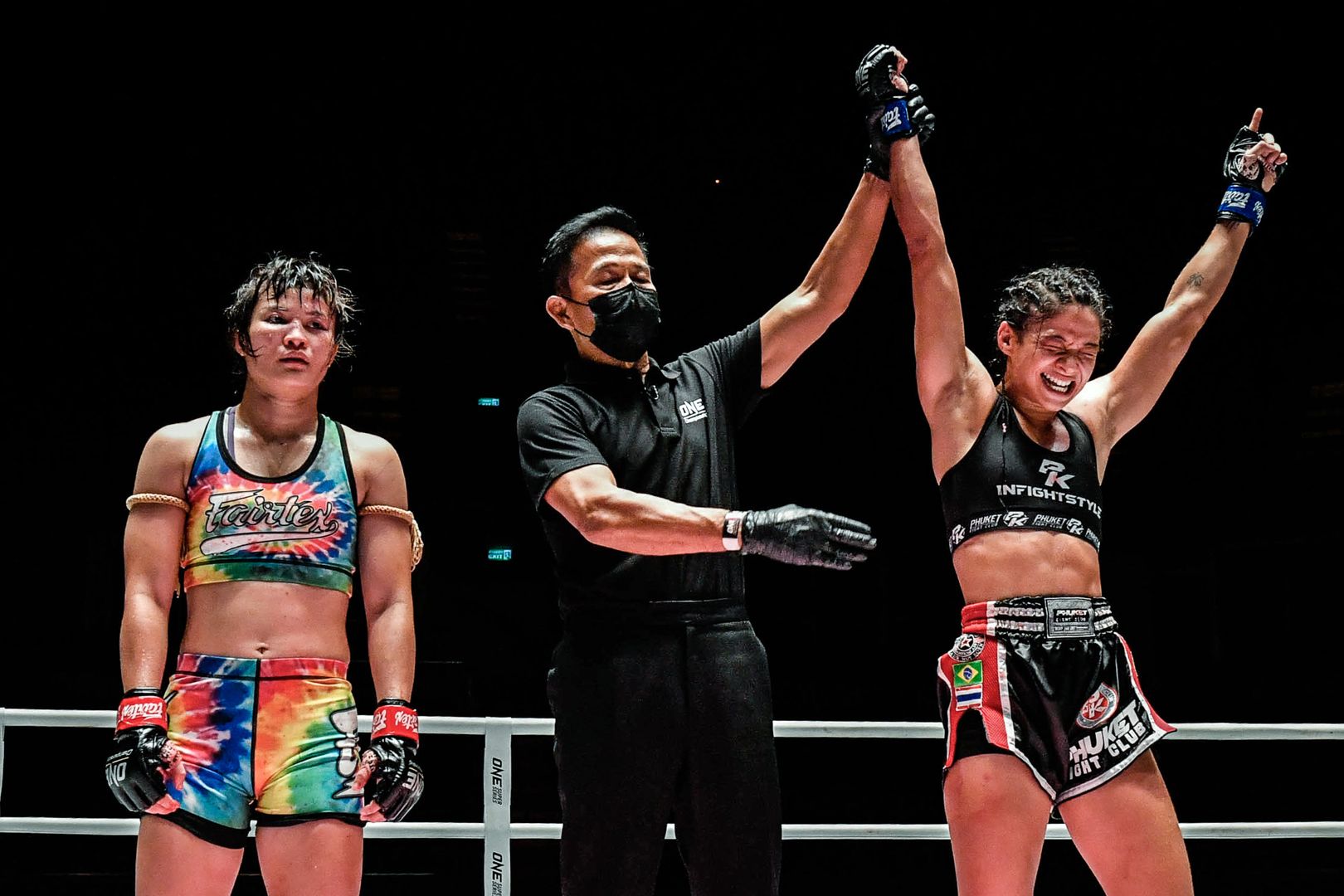 The last stanza saw the Brazilian put the finishing touches on a well-played game plan. She stayed busy to make up for the slow start at the beginning of the bout, walking the Thai down and catching her with stinging punches and elbows.

Stamp made a final heroic effort to defend her gold on home soil with right kicks, but the Brazilian did well inside the clinch.

Ultimately, the judges gave a majority decision to Rodrigues, who stunned fans around the world by dethroning the division’s inaugural queen to become the new ONE Atomweight Muay Thai World Champion.