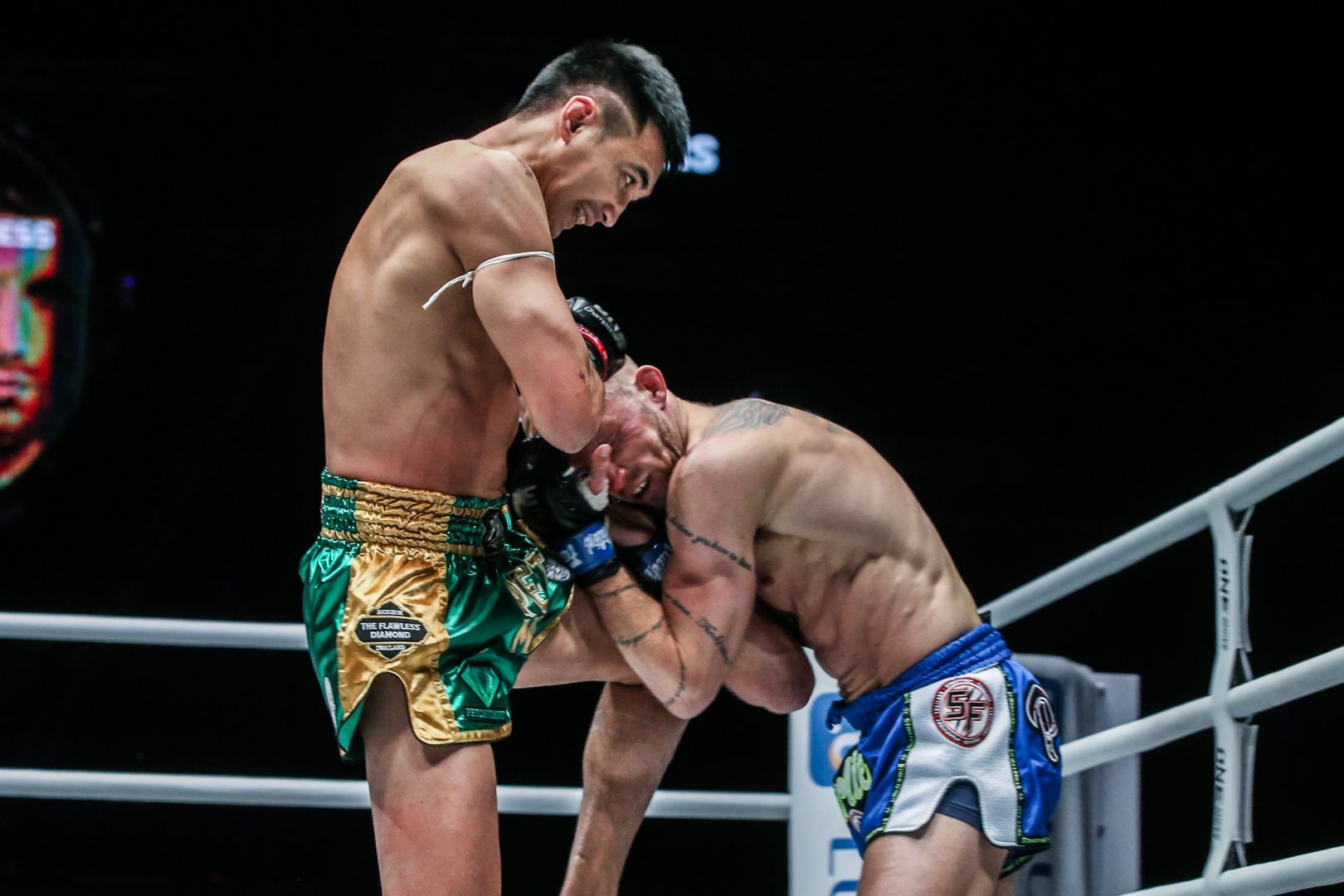 Petchmorakot Petchyindee is ready to remind combat sports fans that he owns one of the most explosive striking arsenals on the planet.

On Friday, 20 May, the Thai superstar will put his ONE Featherweight Muay Thai World Title on the line against French challenger Jimmy Vienot in the main event of ONE 157.

Vienot is one of the few Westerners who’ve won elite stadium titles in Thailand, but he’ll need to perform at his very best to overcome the Petchyindee man’s elite arsenal.

Ahead of this intriguing clash at the Singapore Indoor Stadium, here are three reasons why Petchmorakot is such a dangerous Muay Thai athlete.

#1 His Long Reach And Improved Boxing

Although his matchup with Vienot is a rare occasion when Petchmorakot will stand slightly shorter than his opponent, the Thai’s 180-centimeter height and his long reach always play key roles in his success.

Moreover, the 28-year-old has competed in four professional boxing matches since his last ONE Championship appearance, going 4-0 and developing that aspect of his game even further.

With that new experience, Petchmorakot’s assertive jab and long southpaw left cross will be even more potent. Combined with the venomous kicks from his long legs, his leveled-up boxing ability is a terrifying prospect for any opponent.

With four strong and rangy limbs, the lanky featherweight will surely be even harder to deal with on the outside.

#2 His Elbows And Knees In Close

There’s no respite with Petchmorakot. His opponents are in danger in the long-range battle, but if they try to close the distance, they’ll have to feel his crushing elbows and knees.

The muay khao stylist – meaning knee specialist – loves to back his rivals up against the ropes or the Circle Wall and unleash his shorter weapons.

His long frame means he can step in from distance to plant his knees into the body, and he is scarily accurate when it comes to finding the debilitating target areas, like the liver and the solar plexus.

Petchmorakot is also very smart when he’s in tight and utilizes hand-fighting techniques to pry open the guard and offer a clear route for his elbows to the head.

It’s hard for his foes to defend when they have to be wary of crippling head and body strikes at the same time, and the Petchyindee man makes the most of that uncertainty.

#3 He’s Always Looking For The Finish

Petchmorakot doesn’t just use his destructive arsenal to cruise to decision wins.

The reigning World Champion is the joint-leading knockout artist in ONE Super Series – with four stoppages in seven victories – and he constantly pushes the pace to work toward a finish. Plus, he stopped two opponents in his recent foray into boxing.

Even when the Thai doesn’t quite get there, his foes leave the Circle knowing they’ve been on the receiving end.

The Petchyindee representative set a ONE Super Series record of 170 significant strikes when he defeated Pongsiri PK.Saenchai to claim the inaugural ONE Featherweight Muay Thai World Title, and he outstruck Thai legend Yodsanklai IWE Fairtex by a 3-to-1 ratio in his defense of the belt. 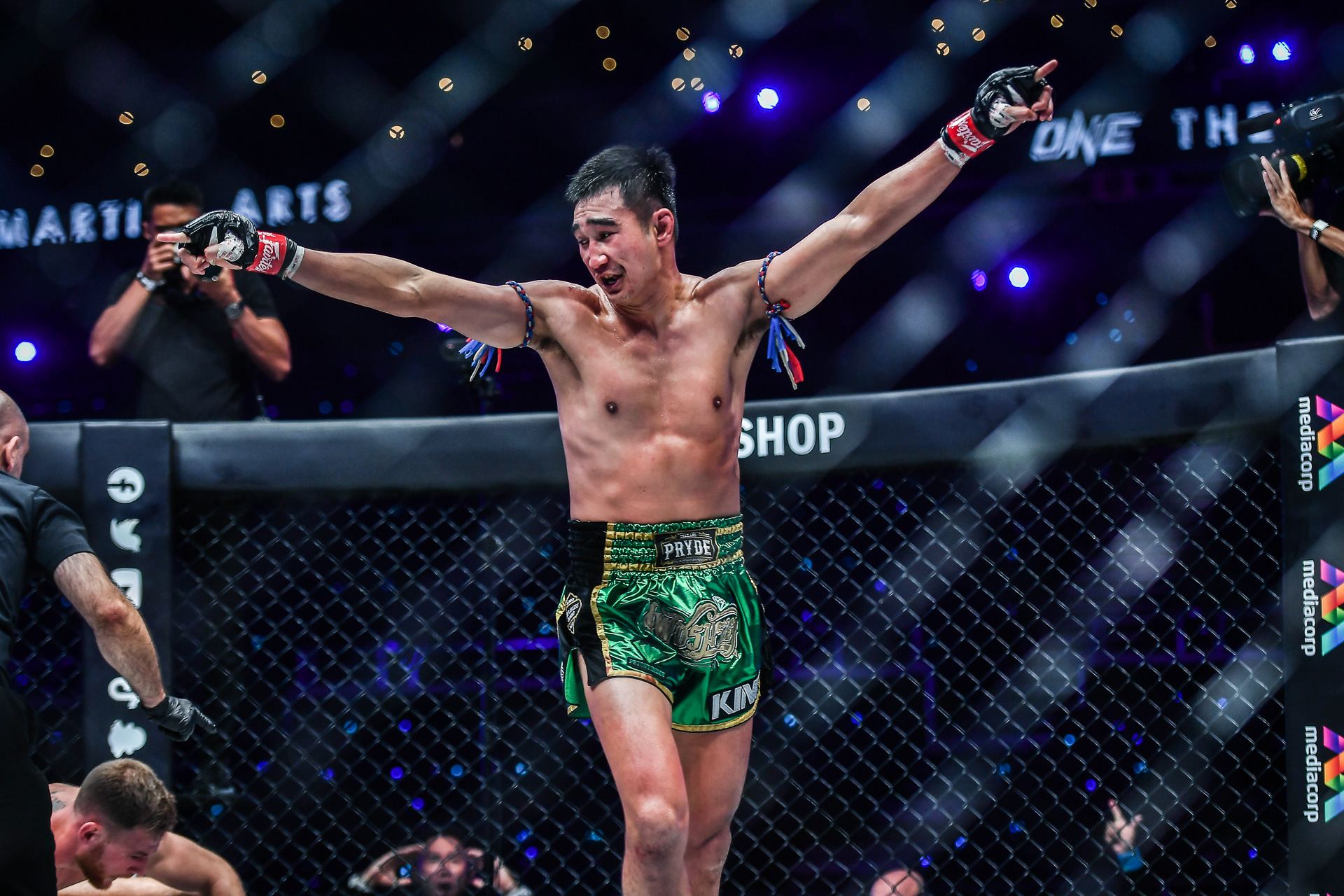