While ONE Championship’s top superstars are eager to entertain fans inside the Circle, those warriors are also huge martial arts fans themselves.

So, with the promotion’s flagship event schedule set to resume at ONE: NO SURRENDER on Friday, 31 July, the athletes are just as excited as the global fanbase to watch Muay Thai, kickboxing, and mixed martial arts bouts.

In fact, some of the competitors have been dreaming about seeing their favorite ONE co-stars partake in a marquee showdown before the end of this year.

Here, those athletes detail the matches they hope to watch in the second half of 2020.

“I am looking forward to seeing the [trilogy bout] between Aung La N Sang and Vitaly Bigdash.

“In terms of their first match, Aung La took that on two weeks’ notice. You can say he somewhat got rocked and almost finished, and he lost the fight. He came back with a full camp and dominated the majority of the rounds and won the title [in the rematch]. And this third match is going to be Vitaly wanting redemption, and Aung La out here proving a point, and I love these type of matches.

“I am sure Vitaly is training hard, but I know for a fact that Aung La [is training hard]. Man, he is like another beast compared to the first time they fought. He has a new camp and with the purpose he is fighting for… he is a new beast in general, and I can’t wait to see this fight. I’m sure Aung La is just as excited as I am, and I can’t wait to watch it. It’s definitely going to be an exciting fight.” 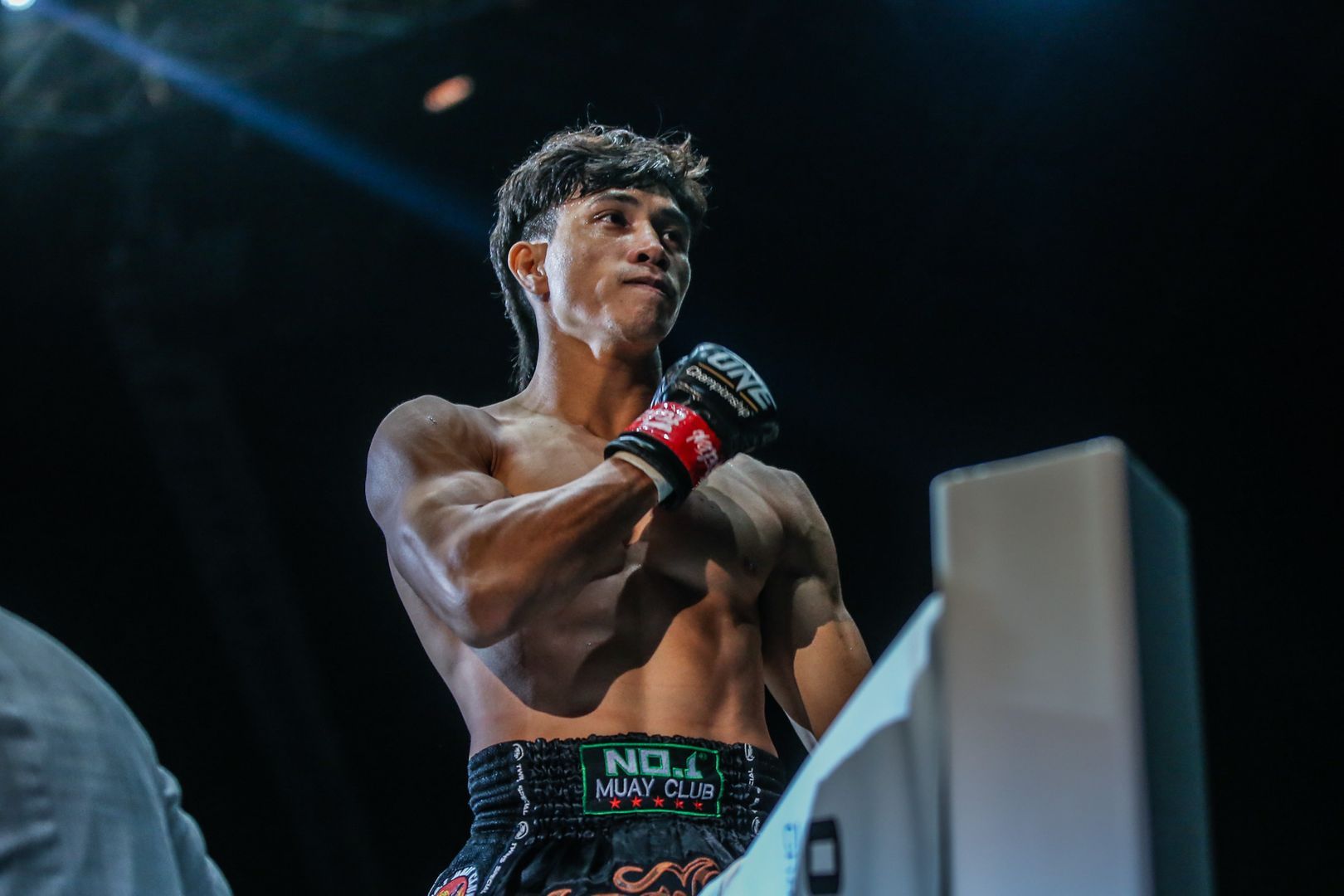 “This will be a Vietnamese derby! It’s the overhand right and timing of Martin Nguyen versus the speed and movement of Thanh Le.

“The reason I prefer Martin in this match is because he is a well-rounded fighter. He has a ground game and the wrestling, which gives him the upper hand when he pulls Thanh to the ground. Also, Martin is not bad with his striking, and he has knockout power. If Thanh wants to win, he has to invest his time in maintaining the range and being careful not to bite the bait from Martin.

“My second is a kickboxing match between Giorgio Petrosyan and Sitthichai Sitsongpeenong. Their clash would be full of action and fun to watch.

“As a fan, a Petrosyan versus Sitthichai match is something I always wanted to see. They are legends, they are the two best fighters in the world and, somehow, they have not met each other yet. They are both southpaws, both have heart and, technically, have the best skill sets. The fight will determine who is the best 70-kilogram kickboxer in the world.” 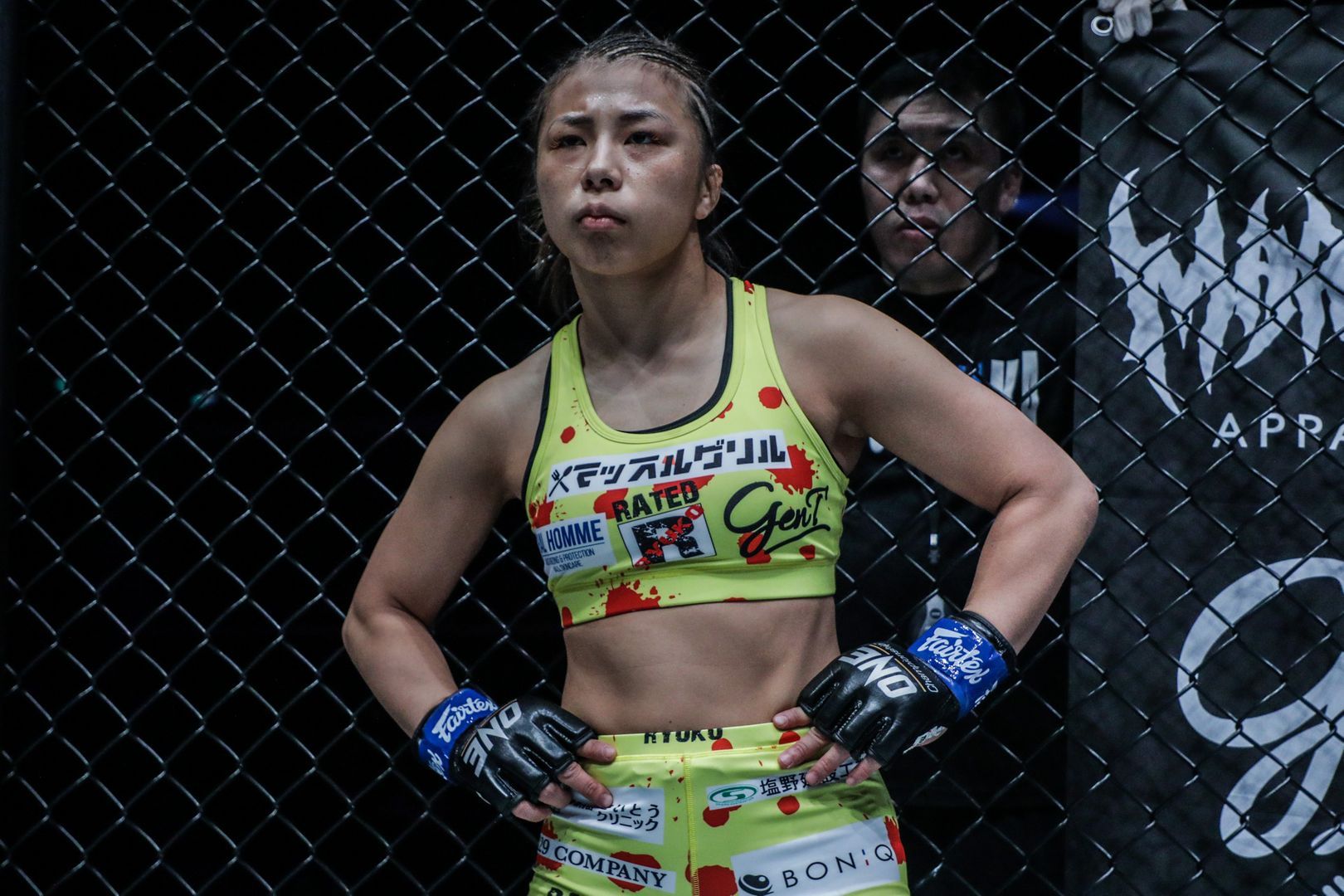 “I think Yuya Wakamatsu at his current level can make something happen against Demetrious Johnson.

“After his first match against Demetrious, we had more chances to train together because self-restraint measures were taken in Japan [due to COVID-19]. And apparently, his heart, mind, technique, and physique are leveled up. I think he has more things to show than before, and he looks confident.” 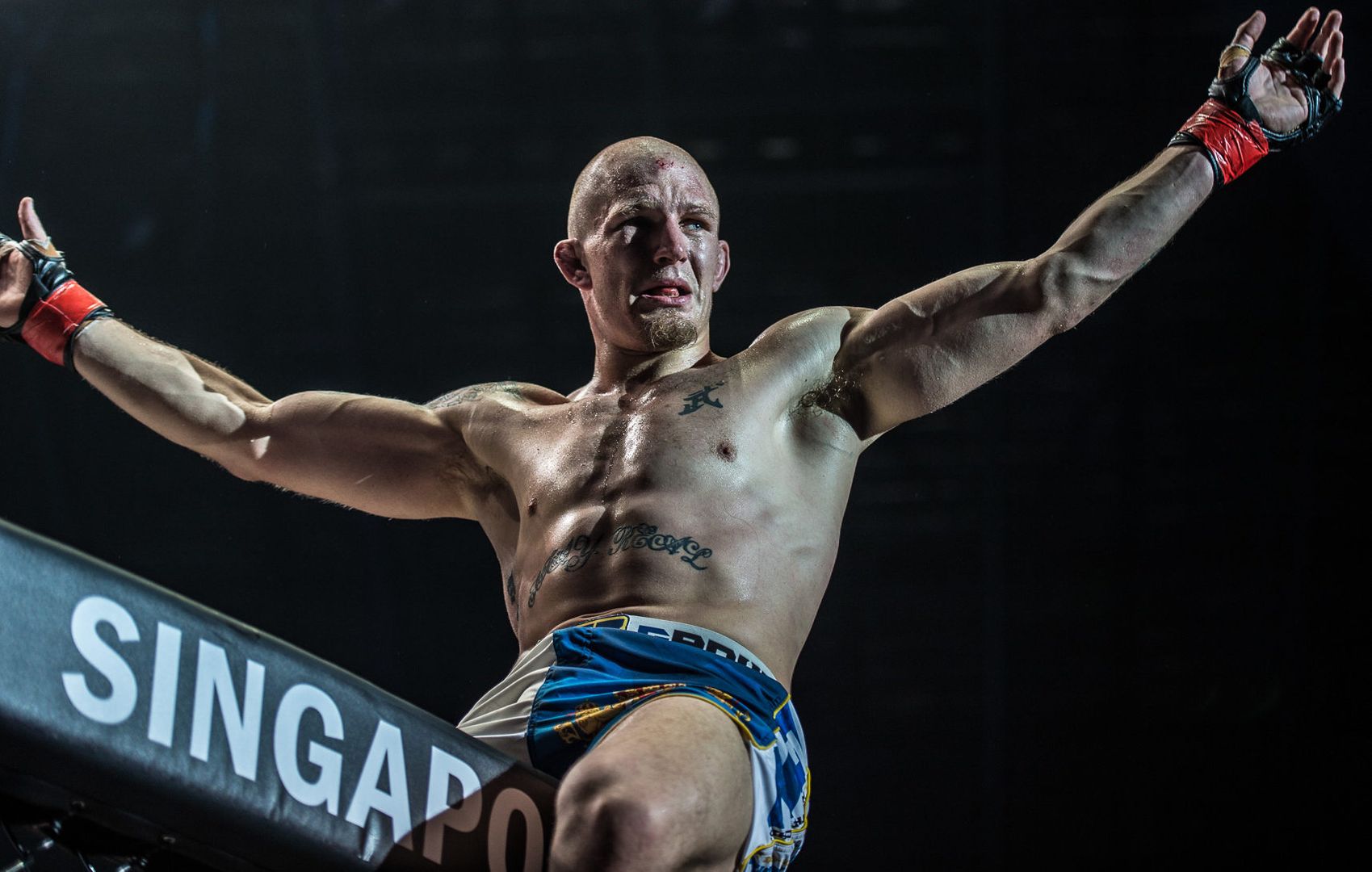 “There is a match coming up between Aung La N Sang and Vitaly Bigdash. I have seen the two previous matches and man, I’m excited about this next one.

“To be honest, Aung La has evolved so much from his last fight with Bigdash [in June 2017], but I’m not really sure he won that last fight. I thought it was real close, and the first match [with Bigdash in January 2017], he did get beat.

“So, what I am most interested in seeing is how many levels more Aung La has.

“Can he go in there and stop Bigdash in the first round and really show what level he is on now, or are we going to see another war? There are a lot of questions to be asked, and I talked to Aung La. He said, ‘Yeah man, I am on a different level now.’ And I see it and believe it, but I want to see the fight, so I’m really excited about that one.” 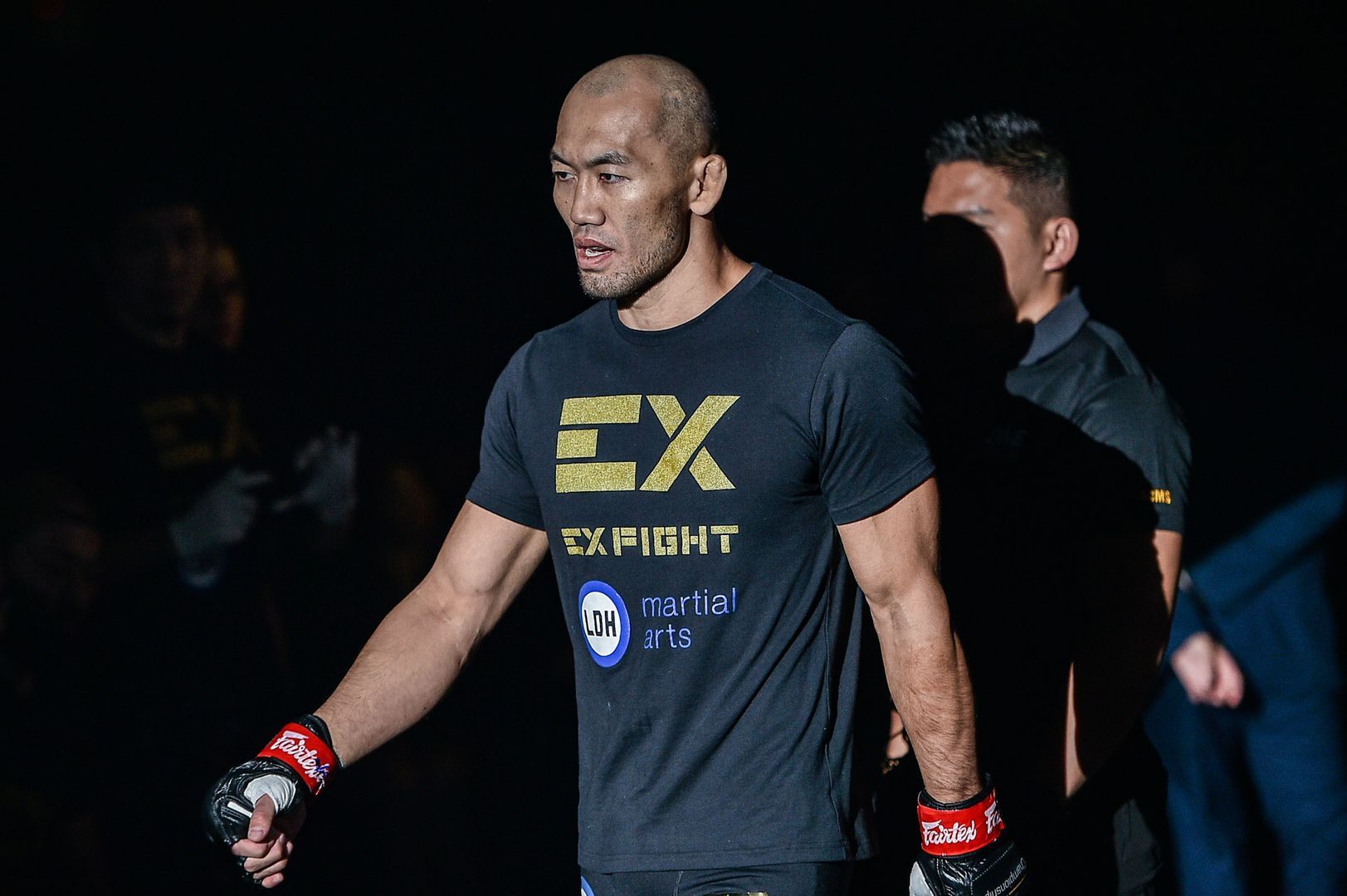 “Aung La N Sang is a symbol of the heavier divisions of ONE and a national hero of Myanmar. He has fought against strong guys all over the world.

“As an Asian, I know by experience that it is difficult for us to perform great in heavier divisions. In spite of this difficulty, he has become a two-division World Champion in heavier weight classes, and for that feat, I respect him so much.

“Vitor Belfort is a true legend, and there is no one in the world who doesn’t know him among avid mixed martial arts watchers. He has extensive experience, and he has given excitement to fans all over the world.

“I think if they were to meet inside of the Circle, they would make history in ONE Championship. I want to see and feel that moment as a fan of ONE.”

“I would like to watch the third fight between Aung La N Sang and Vitaly Bigdash because I want to see who will win the final battle. It’s 1-1. The first time, Bigdash won. The second time, Aung La won. I think the third time will decide who is the best.

“They have the same [amount of] skill, but I think Aung La is more durable compared to before. Sometimes, with mixed martial arts, it has something to do with the game plan. If Vitaly has the right and proper game plan, he might snatch the victory there. But if they stand toe-to-toe, I think I would go with Aung La. He is really durable right now.

“I also would like to watch Shinya Aoki versus Eduard Folayang – the third one. That is some unfinished business, too. Shinya lost the first time, and then Eduard lost the second time. I think part three has to be way better. It is also a good fight.

“It is actually a classic battle again, of the striker versus the grappler. Let us see if Shinya can improve in his striking, and if ‘Landslide’ can get better on the ground.” 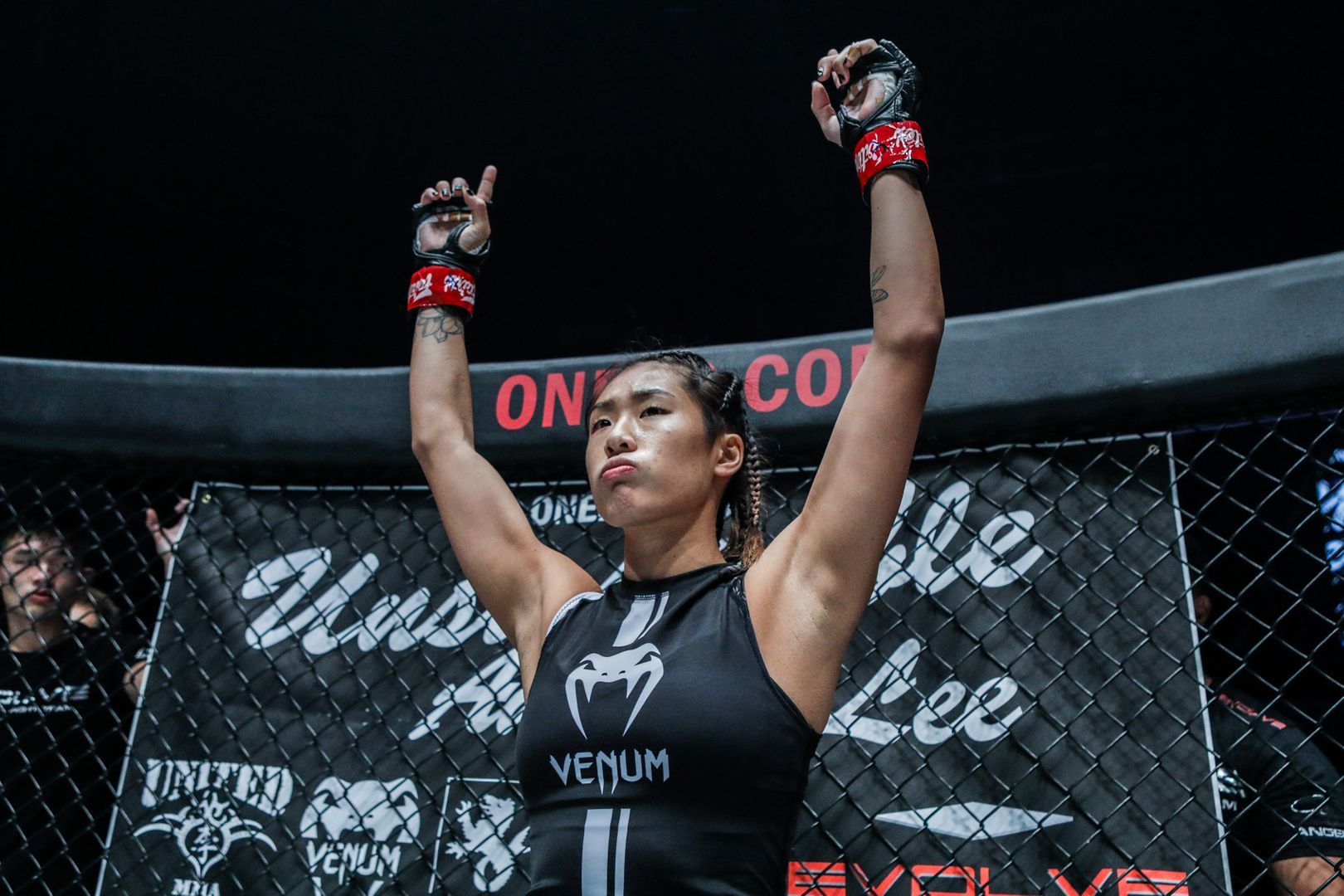 “Christian [Lee]’s first title defense is going to be a big one, and Iuri Lapicus, I’m pretty sure, is the first in line for that, so that’s the next fight to watch.

“I know Iuri is definitely worthy of being the top contender. He had an amazing fight with Marat [Gafurov], but Christian is going to do his thing. He is going to do what he does best, and it’s going to be exciting, fans are going to be on their feet, and I’m pretty sure he is going to come away with another first-round finish.”