As the lights go off in what was a packed Thuwunna Indoor Stadium in Yangon, Vitaly Bigdash and challenger Aung La N Sang would have completed close to an hour of world-class martial arts action, over the course of two high-profile bouts.

With a full training camp behind him, and the roar of a raucous hometown crowd cheering on his every move, the “Burmese Python” finally accomplished what he set out to do, defeating Bigdash to become the new ONE Middleweight World Champion.

The two warriors rocked Yangon in the main event of ONE: LIGHT OF A NATION, which took place on Friday, 30 June. Bigdash, visiting hostile territory to defend a title he has held since a come-from-behind victory over Igor Svirid in 2015, fell to the wayside on all three judges’ scorecards. Aung La N Sang bagged a five-round unanimous decision to take home the belt.

With tears streaming from his eyes, Aung La N Sang stood at the center of the ONE Championship cage, basking in the adulation poured upon him from a partisan Yangon crowd chanting his name. The newly-minted middleweight titleholder, with the coveted belt draped over his shoulder, shouted a wondrous rhetoric into the microphone before making a promise to defend the belt against any challenger. “Myanmar, how does it sound to have a world champion?”

It was an extremely close contest, much like the classic battle with Svirid that Bigdash earned worldwide fame for. A blistering first round saw Aung La N Sang stagger Bigdash with a fierce combination that had the champion reeling. The Myanmar hero, sensing his foe was hurt and ripe for the taking, immediately followed up with a relentless ground assault.

Bigdash, however, is known for his incredible toughness and durability, and found a way to survive the onslaught and make it to the second round. From that point, Bigdash knew he had to slow Aung La N Sang’s furious pace, who seemed to have much more in the tank as compared to their first encounter.

For the remainder of the contest, it was a constant battle of attrition, as both Bigdash and Aung La N Sang tried to impose their will and game plan on the other. In the last two frames, and when it mattered most, Aung La N Sang brought the pressure to Bigdash, scoring on multiple combinations and clean, hard shots. 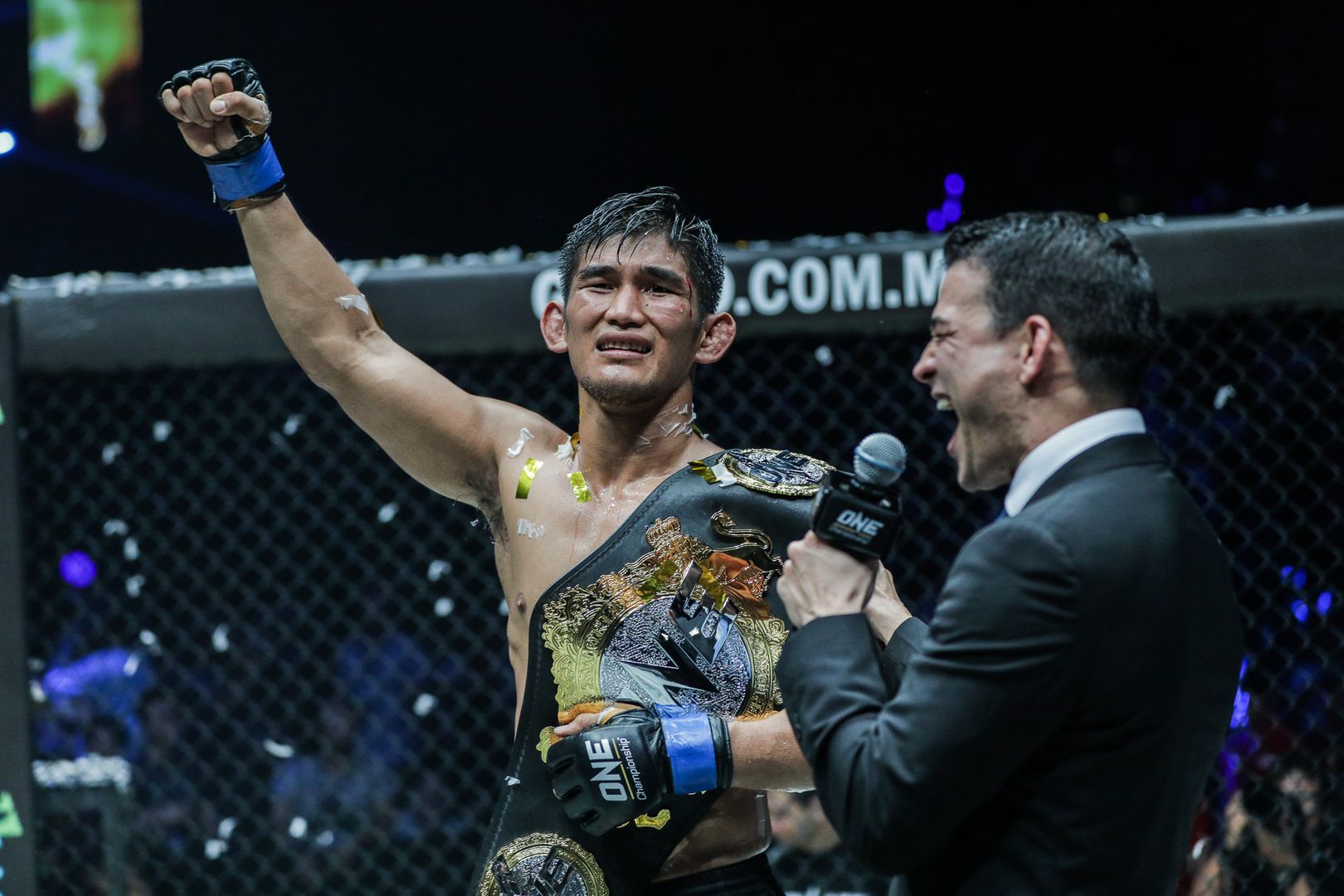 Although Bigdash enjoyed success with his wrestling and takedowns, the lack of offensive output wasn’t enough to offset Aung La N Sang’s dominance on the feet. After all, bouts are scored as a whole and not round-by-round, with ONE’s judging criteria valuing a near-stoppage above all else.

The local hero captured Myanmar’s first-ever world championship in any sport, making history. It had been a long time coming for the 12-year veteran. After taking his talents across the continental United States in various promotions, Aung La N Sang finally reached the apex of his career as a martial artist, punctuating his hard work with the ONE Middleweight World Championship.

With the win, Aung La N Sang improves his record to 20-10, 1 No Contest, while Bigdash (9-1) loses the belt and his undefeated record. Given the amazing performance from both incredible warriors, it would not be a stretch of the imagination to see these two warriors do it all over again, with a third and final bout to settle the score.