Janet “JT” Todd proudly sits atop the atomweight throne, but her path to World Championship glory was anything but easy.

In February 2019, Todd lost to then-kickboxing titleholder Stamp Fairtex and missed a chance to claim the inaugural ONE Atomweight Muay Thai World Championship. But that didn’t stop her pursuit of a belt.

“JT” then defeated three world-class athletes in impressive fashion, earning a rematch with Stamp for the Thai superstar’s ONE Atomweight Kickboxing World Title.

In that battle this past February, the 34-year-old American applied the lessons she learned in the first meeting and narrowly defeated Stamp via split decision to earn the gold.

But while Todd is now the divisional queen, a number of hungry contenders – including Stamp – are hoping for an opportunity to steal the crown. Here, “JT” reveals her thoughts on each of the five ranked atomweight kickboxing contenders. 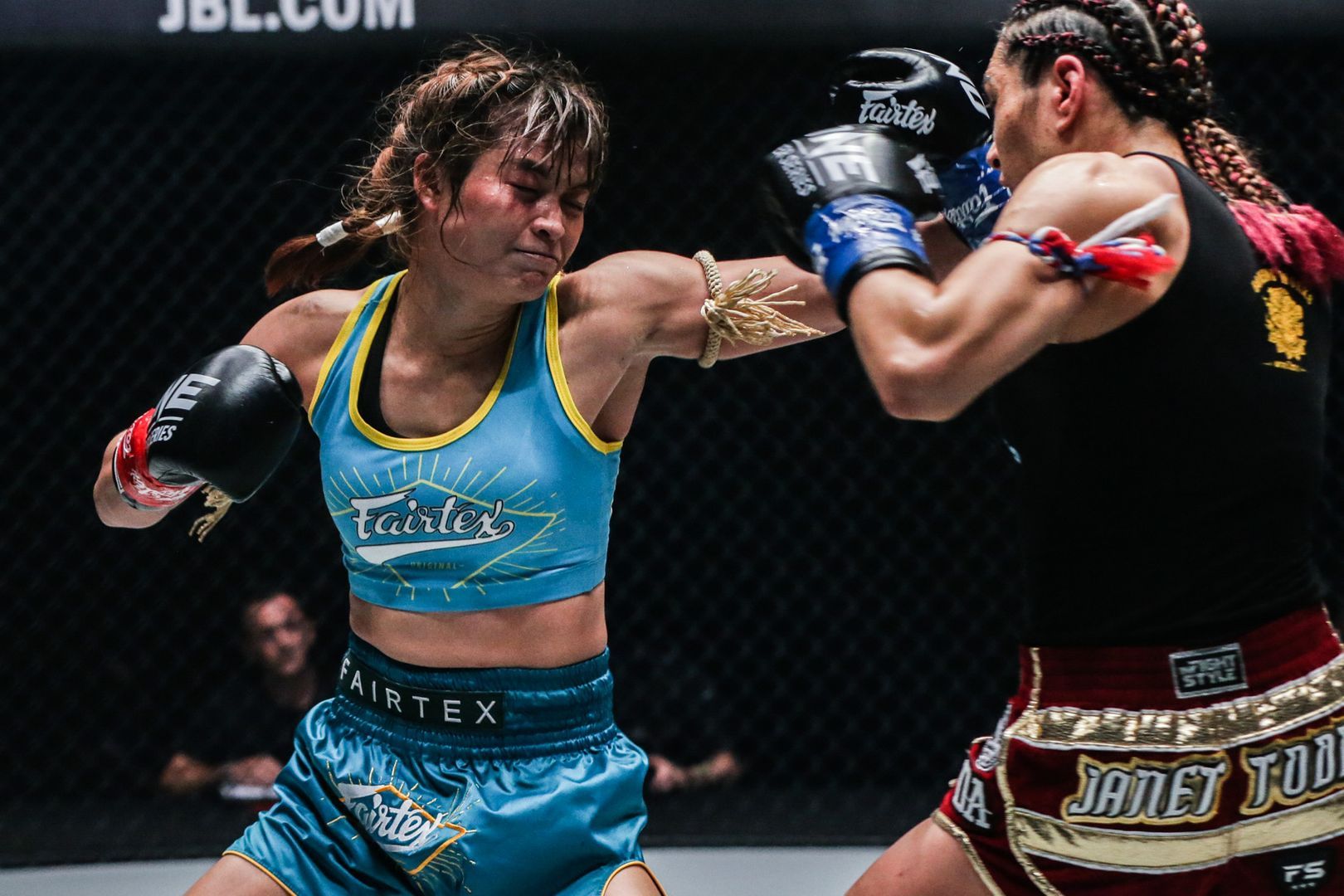 Janet Todd: Obviously, Stamp is a strong contender, and the last fight between us was very close, so I don’t disagree with the ranking at all. Her strengths are her explosiveness with her counters and right hand. This time, she adapted and got me with leg kicks.

There will always be a really good fight between the two of us. The Muay Thai and kickboxing fights were entertaining in their own ways. I’d like to see another fight happen because, at least for me, she brings out the best in me, and I hope I do the same for her. 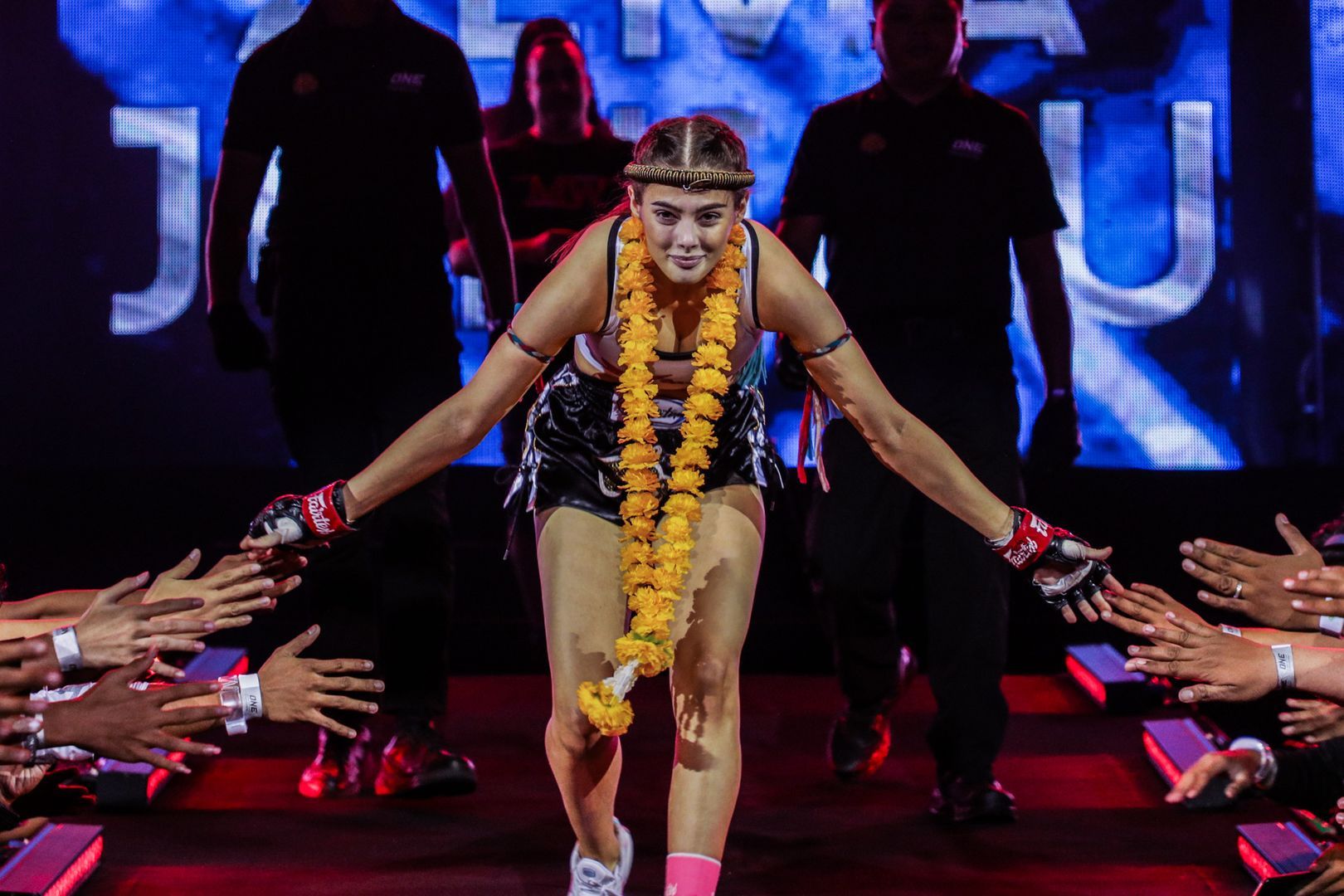 JT: I would love to fight Alma too. The atomweight division has a really strong group of young, talented fighters. She has an aggressive, pressure-fighting style and very good technique. It would be a very good fight.

In her fight with Stamp (in June 2019), she had insane cardio. She was able to continue to pressure her even as the match went into the fifth round. She was applying constant pressure. She is very young, and she has so much time ahead of her to continue to refine her skills. With a younger body, you’re able to recover faster and build a lot quicker.

I remember back in my 20s – although my 20s were probably a lot different than Alma’s and Stamp’s – I was in college, and it was more about studying hard and partying hard. It’s amazing to see the discipline that those young women have at such a young age. 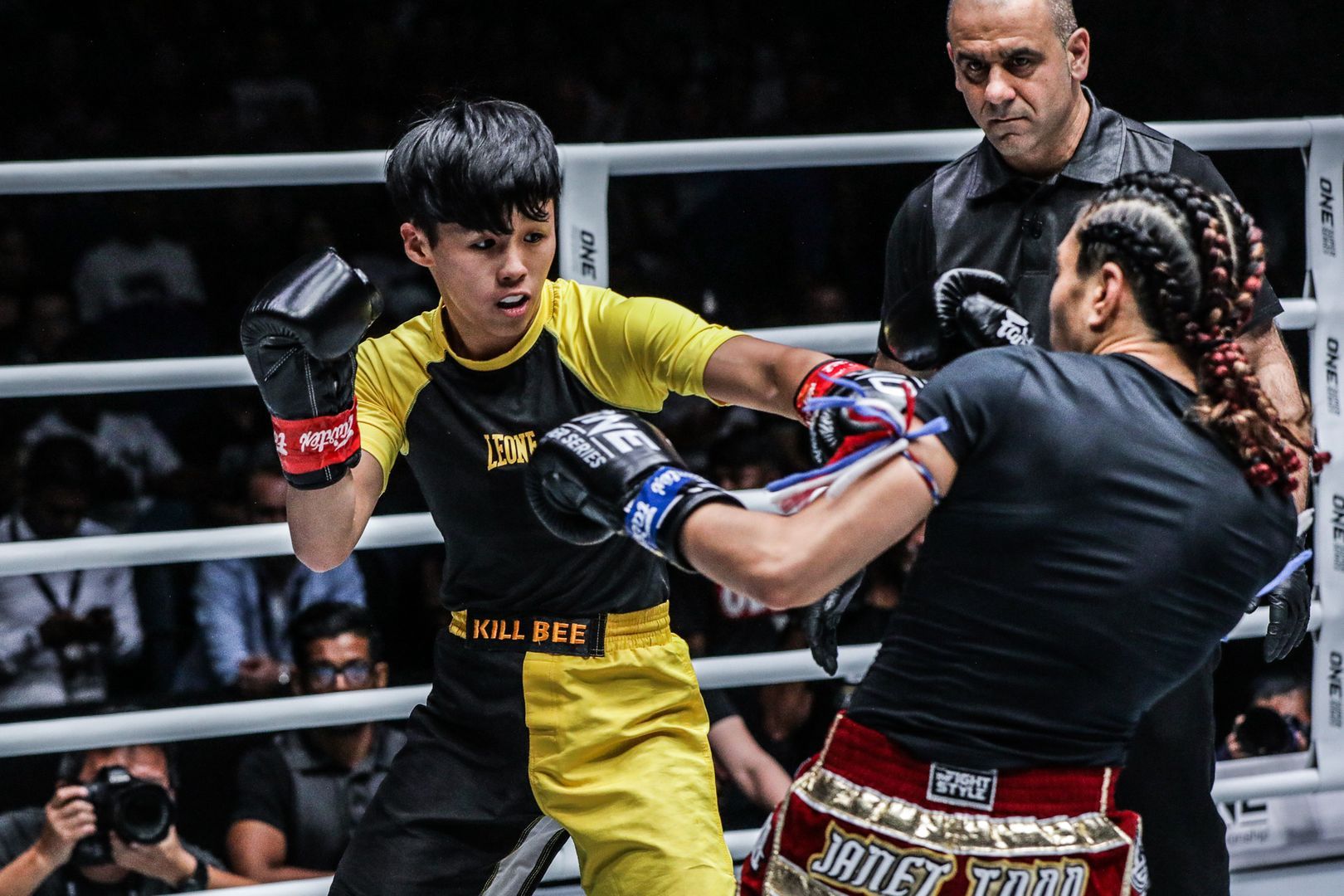 JT: We fought for me to get the contender’s spot to fight Stamp. She used to have the kickboxing belt before Stamp took it from her.

Chuang is very fast. I remember watching video of her to prepare for our fight and thinking, ‘Oh, yeah, she’s fast.’ But when I was in the ring with her, it was like, ‘Whoa, she is a lot faster than those videos!’

That’s what she’s got going for her – the explosiveness and quickness of her hands. JT: I don’t know her as well. I saw her fight against Alma (in January), and I thought she was able to work in her elbows with her hands very well. She’s kind of like Alma where she’s an in-the-pocket type of fighter.

But I like to challenge myself against all kinds of fighters, and that would be another fight that I would like to have as well.

You’ve got to test yourself against everybody. Everybody has slightly different styles, so sometimes, it’s the style match-up that will change the way a fight would go. 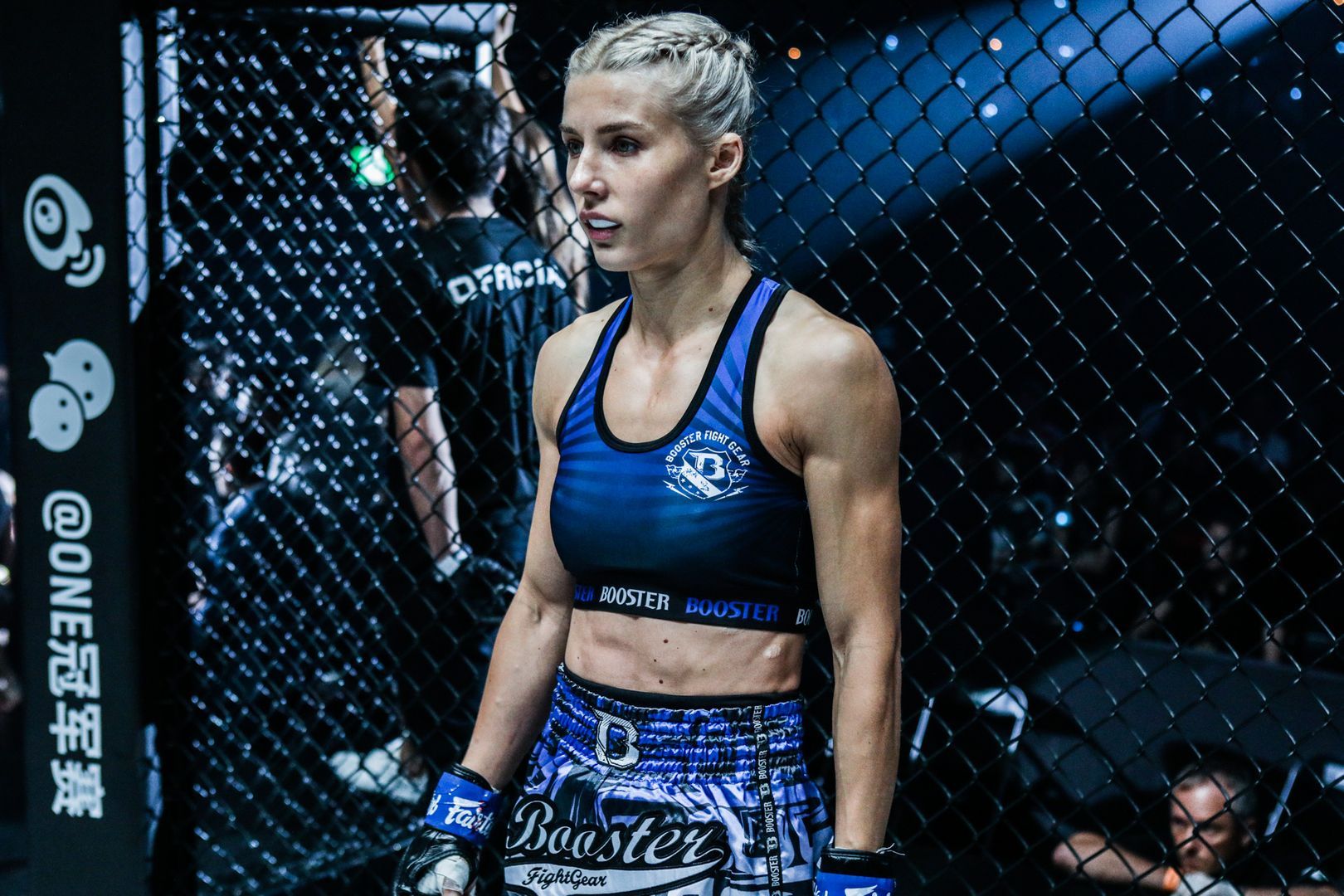 JT: I had a chance to fight her last year in October, and man, she’s got some long limbs. She has long arms and long legs.

She’s fought some really high-profile people and has a win over Joanna Jedrzejczyk (a multiple-time mixed martial arts, kickboxing, and Muay Thai World Champion). If she uses her length to her advantage, it would be very difficult to come in.