ONE: FIRE & FURY kicked off in Manila, Philippines with six exciting lead card match-ups that got the Mall Of Asia Arena crowd on its feet.

If you missed any of the action from the early portion of the event on Friday, 31 January, check out the recap and highlights right here.

“The Sweeper” Cleans Up By Overwhelming Delfino

Tatsumitsu Wada ???????? finishes off the lead card in style!

Wada gave the Brazilian a rude welcome to The Home Of Martial Arts with a masterful display of striking and control on the ground in the opening stanza. Despite Delfino’s active guard, “The Sweeper” blasted him with accurate punches and elbows throughout.

The Japanese veteran dictated round two in the clinch as he scored with uppercuts, knees, and elbows. Another onslaught on the ground in the third earned him a clear-cut unanimous decision, which pushed his record to 22-11-2 (1 NC).

Anne “Ninja” Line Hogstad and Alma Juniku’s atomweight Muay Thai encounter started off like a kickboxing contest as both athletes were happy to trade punches and kicks. Juniku’s extra volume arguably gave her the edge after three minutes.

The second period was much better for the Norwegian athlete as she blocked several strikes and either took the initiative in the exchanges or had the last word with kicks. Also, the referee gave Juniku a yellow card due to repeated violations of “plowing” – or taking multiple steps forward with an opponent’s caught leg while not striking.

That caused the Aussie to come aggressively out of her corner in the final period, but “Ninja” enjoyed her best round as she tied Juniku up in the clinch and scored with knees and elbows.

After the final bell, Hogstad claimed a majority decision from the judges to get her ONE Super Series career off to a winning start.

Lito “Thunder Kid” Adiwang almost scored a knockout finish in the opening seconds of his strawweight match when he charged forward with a furious exchange of hands and dropped Pongsiri “The Smiling Assassin” Mitsatit with a left hook to the chin.

The Tiger Muay Thai athlete defended well and struggled free after Adiwang jumped on the Thai and rained down punches and elbows, but he was soon on his back again and scrambling to escape an armlock attempt.

Mitsatit recovered and even took back control, but Adiwang managed to turn and end up in half guard. From there, he stepped over his opponent’s head and locked on a kimura to force a tap after three minutes and two seconds of breathless action. “Thunder Kid’s” second ONE win took him to 11-2 overall.

The Team Lakay star signaled her intent from the opening bell as she dipped under her rival’s right cross, pushed her to the fence, and dragged her to the mat. From there, she never gave Roka room to breathe thanks to her smothering top control and a barrage of ground strikes.

“Conviction” looked like she was close to a finish with a guillotine choke against the fence at the end of round two, but the durable Indian survived. However, Roka was dominated again in the final frame as Iniong cruised to a unanimous decision victory to extend her record to 9-4.

Muay Thai fans got a treat when Chris Shaw and Rodlek PK.Saenchaimuaythaigym’s bantamweight match went through the gears to end up as an all-out war.

Shaw employed a careful game plan at first as he circled away from the Thai’s power, but Rodlek still scored with hard left hooks to the body when the athletes engaged, and he found his mark when he exploded forward.

Toward the end of the round, Shaw started to stand his ground and engage, and by the second stanza, this was a toe-to-toe battle. The Scotsman had no fear of engaging in the pocket, but “The Steel Locomotive” from Thailand threw a ton of punches and started to chew up his rival’s legs with low kicks.

In the final round, Shaw caused major damage with elbows, but that just seemed to make Rodlek more dangerous. The man from Bangkok continued to walk forward and scored a knockdown with a left hook in the final seconds for a dramatic end that put the stamp on his performance to claim the unanimous decision

Torres Vs. Huang Ends in No-Contest 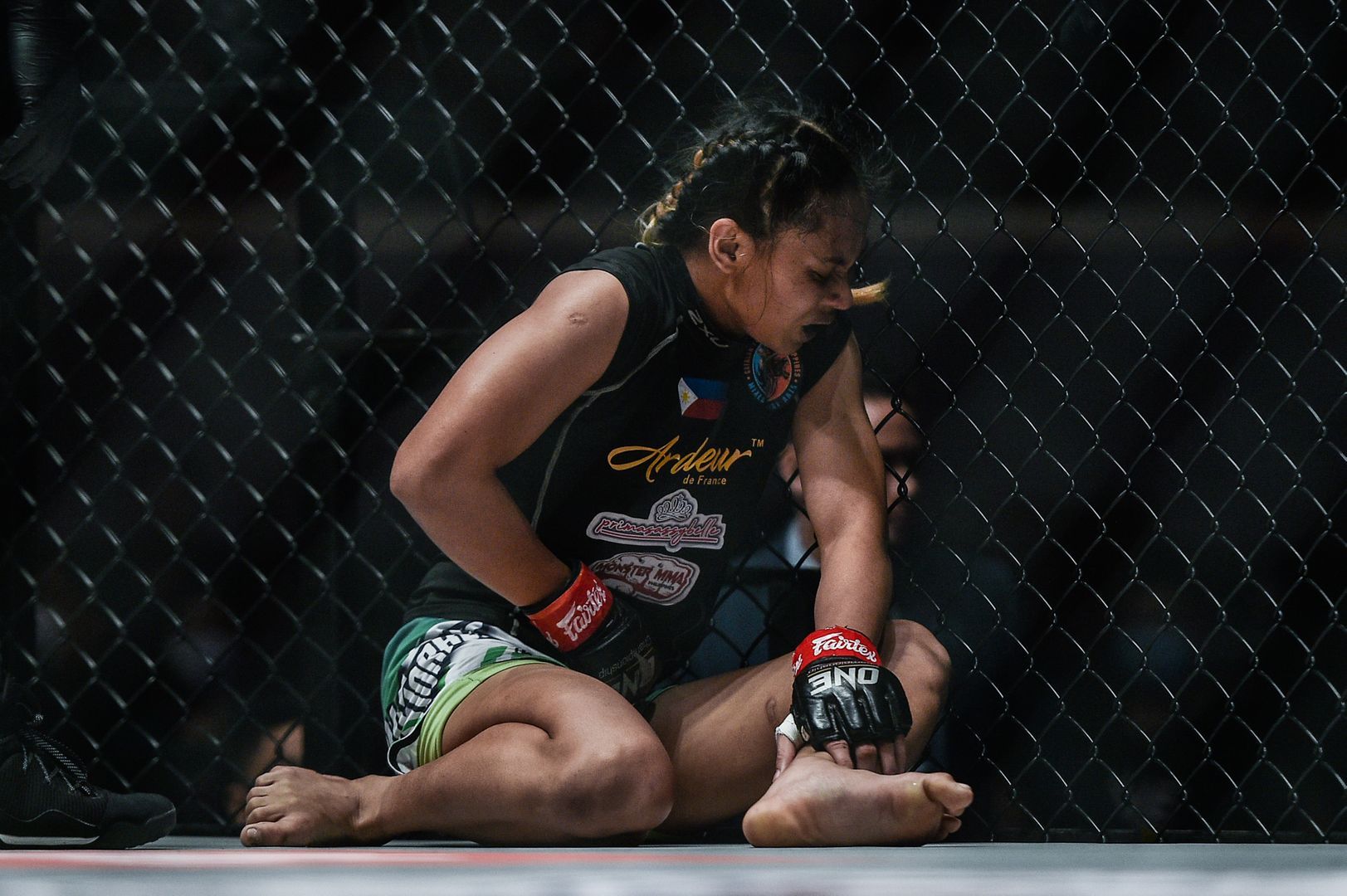 The evening’s opening bout had a premature ending in the first round when Jomary “The Zamboanginian Fighter” Torres absorbed a pair of accidental low blows from Jenny “Lady GoGo” Huang.

The action was stopped for injury time just after the one-minute mark when a knee landed below the beltline, and though Torres recovered, Huang landed low again shortly after the restart. This time, the Filipina was in no condition to continue and the match was waved off.