It has been thirteen months since Vitaly Bigdash won the ONE Middleweight World Championship. But on 14 January, he made his triumphant return to the cage and looked every bit as impressive.

The Russian made his first title defense at ONE: QUEST FOR POWER from the Jakarta Convention Center in Indonesia, and convincingly defeated the “Burmese Python” Aung La N Sang via unanimous decision to retain the belt.

The title bout started out as a calculated affair. Both combatants slowly felt each other out, with the “Burmese Python” pushing the pace just a little more. He connected with a few punches and a pair of spinning back kicks, and though the champion landed a couple of solid body shots, he ended the opening stanza with a pair of elbow strikes from the clinch.

This methodical warfare carried over into the second round. Bigdash landed a heavy punch, immediately grabbed the clinch, and flung a fierce knee to the body, but Aung La N Sang countered with a slew of short elbows to the forehead. Following an accidental eye poke to the champ’s eye, a plethora of clinch battles continued.

Although the Crazy 88 MMA product did some damage with more short elbows, the champ unloaded with body shots and got the better of the exchanges. From the third round on, it was all Bigdash. The Akhmat Fight Team juggernaut rocked Myanmar’s national hero with a commanding left kick to the head, reversed the challenger’s trip takedown, and jumped right into his guard.

That is where the champion did significant damage with massive, perfectly-placed elbows.

Much of the same happened in the fourth round. At one point, Aung La N Sang rolled over to escape, but Bigdash threw some big knees into his opponent’s gut before throwing him back to the canvas for more methodical ground and pound.

Aung La N Sang desperately needed a knockout or a submission in the fifth round to capture the gold, but it never happened. The Rostov-on-Don, Russia, native kept the fight standing and outclassed the “Burmese Python” on the feet, before finally taking him to the mat one more time, where he sealed his fate. 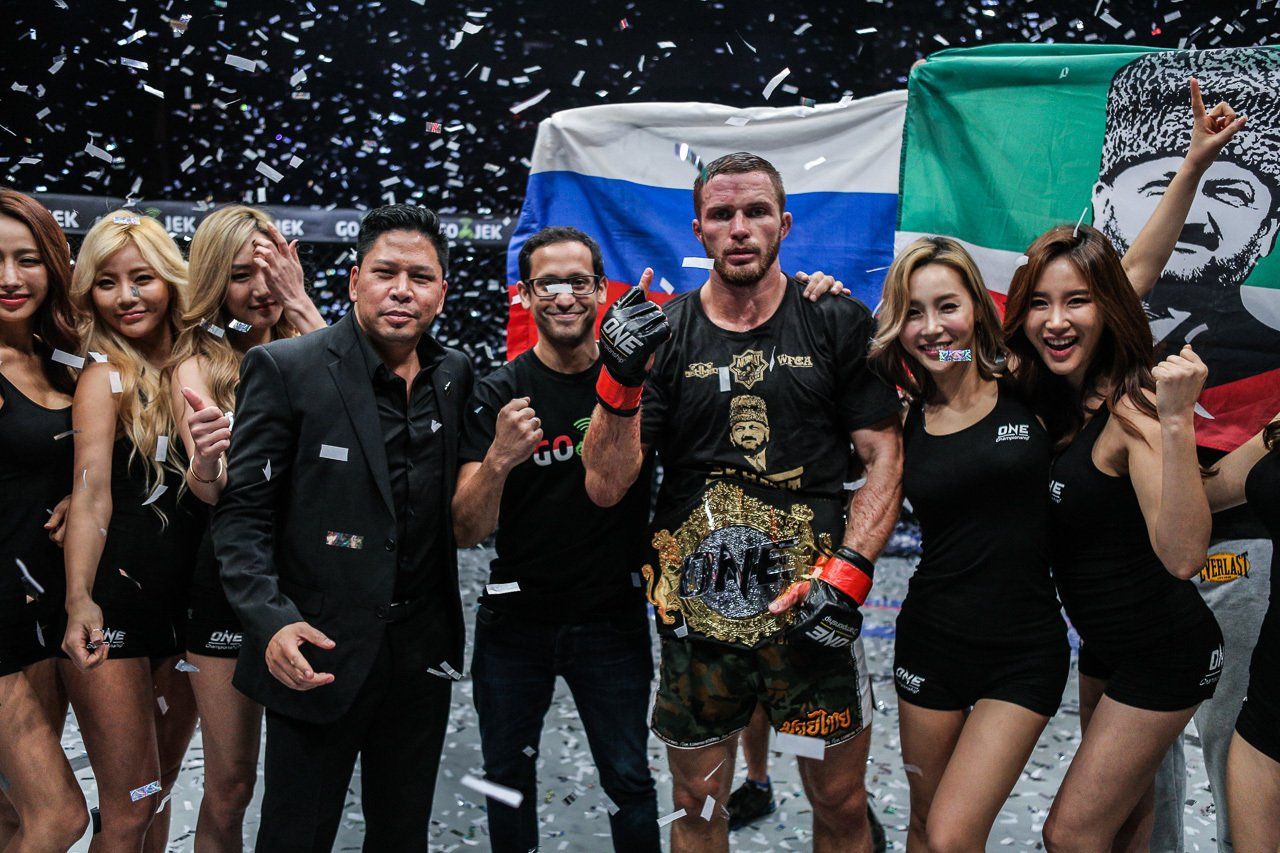 Bigdash retains the ONE Middleweight World Championship and keeps his undefeated record intact, improving to 9-0. This is the only fight of his, however, that he has not finished.

Aung La N Sang, who filled in for Marcio Prachnio on two weeks’ notice, put forth a valiant effort, but came up short. He falls to 19-10.