It has been a long road back to the ONE Strawweight World Title, but now, Alex “Little Rock” Silva is just one victory away from reclaiming the richest prize in mixed martial arts.

On Friday, 31 January, the former titleholder will challenge reigning ONE Strawweight World Champion Joshua “The Passion” Pacio for the belt in the main event of ONE: FIRE & FURY, which takes place from the Mall Of Asia Arena in Manila, Philippines.

Grateful to start the new year with a chance at recapturing the gold, Silva – who is also a Copa do Mundo Brazilian Jiu-Jitsu World Champion – is determined to make the most of his forthcoming opportunity.

“I’m always looking forward to getting back to the top,” the 37-year-old says. “I believe Joshua and I have faced most of the top guys in the division, so I’m really happy about this match-up.”

The Singapore-based Brazilian’s reign as the strawweight king was short-lived, however. Naito won back the gold via split decision just five months later.

“Little Rock” then suffered a pair of close unanimous decision losses in his next two bouts, and it appeared as if the Evolve representative hit rock bottom in his mixed martial arts career.

Silva, however, persevered and returned to impeccable form in the second half of 2019.

In August, the Brazilian became the first man to finish Stefer Rahardian, as he forced the Indonesian grappler to tap out via armbar. He repeated the trick by becoming the first man to submit Chinese wrestler Peng Xue Wen – also by armbar – in their November clash.

Now with his career back on the upswing, “Little Rock” is keeping a positive mindset heading into his World Title showdown in the Philippine capital.

“It was a bad time from 2018 to [the beginning of] 2019, but everyone faces difficulties inside and outside of the cage,” he explains.

“I am very thankful for all the difficulties, the pain, and the sacrifices. They have made me stronger, and I believe God has prepared me for this moment, so I am going to do my best.” 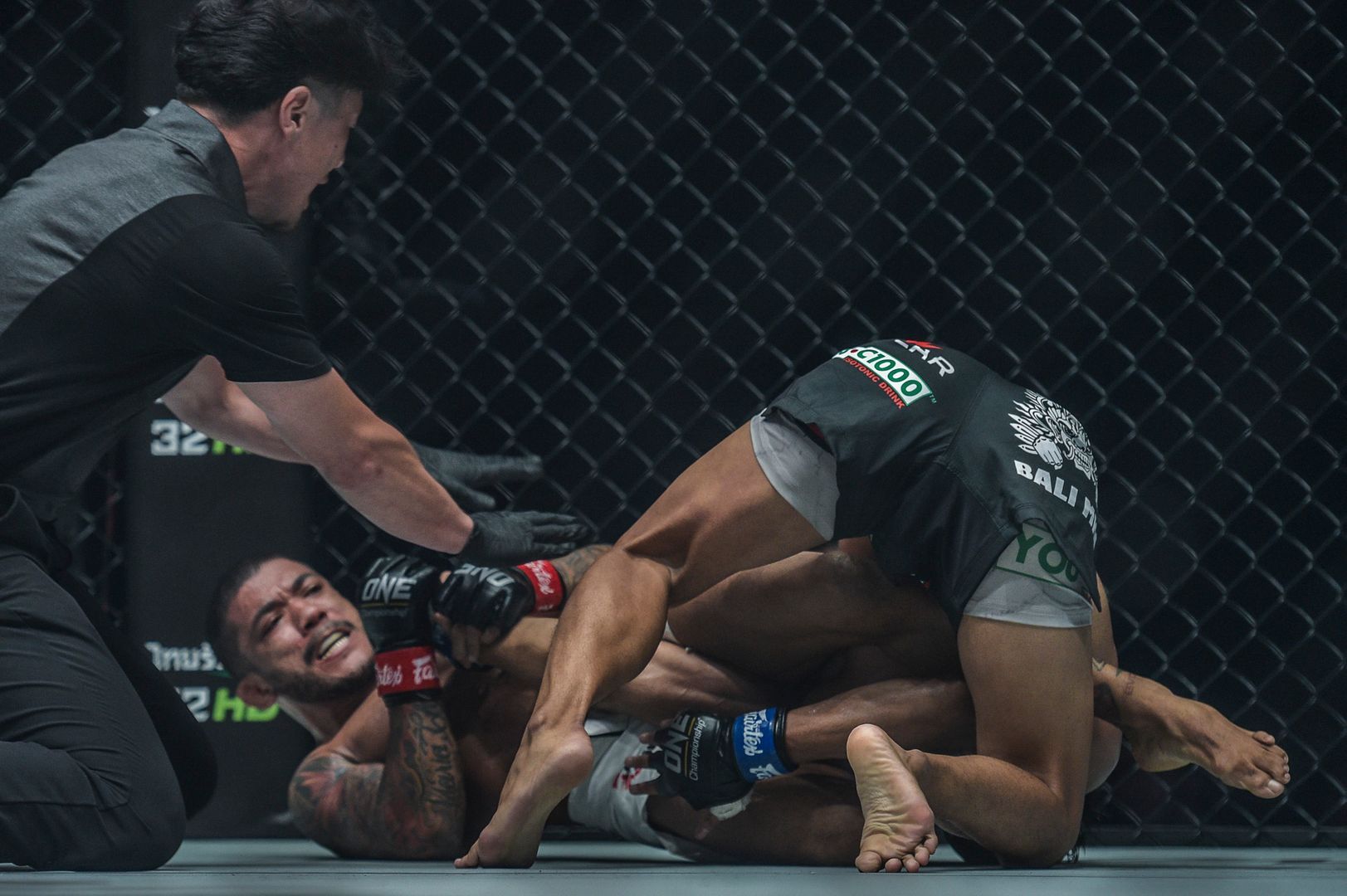 Pacio, a wushu specialist, originally claimed the ONE Strawweight World Championship from Naito in September 2018. But like Silva, his reign was short-lived.

The 23-year-old Baguio City, Philippines native dropped the belt to Yosuke “The Ninja” Saruta via razor-thin split decision in January 2019.

Fortunately for the Team Lakay standout, an immediate rematch was ordered and he reclaimed the title from the Japanese warrior three months later with a highlight-reel KO. That finish was ultimately declared the Top Mixed Martial Arts Knockout Of 2019.

In November, Pacio followed up that tremendous victory by submitting his compatriot Rene “The Challenger” Catalan via arm-triangle choke and snapping his immaculate six-bout win streak.

Silva knows his young opponent is motivated to extend his second World Title reign and will do everything in his power to ensure that happens. Because of that, “Little Rock” does not expect a quick night.

“This will be a difficult fight for both of us,” he acknowledges. “I will need to use all my skills, not just my grappling or striking. I need to mix everything up in order to win.” 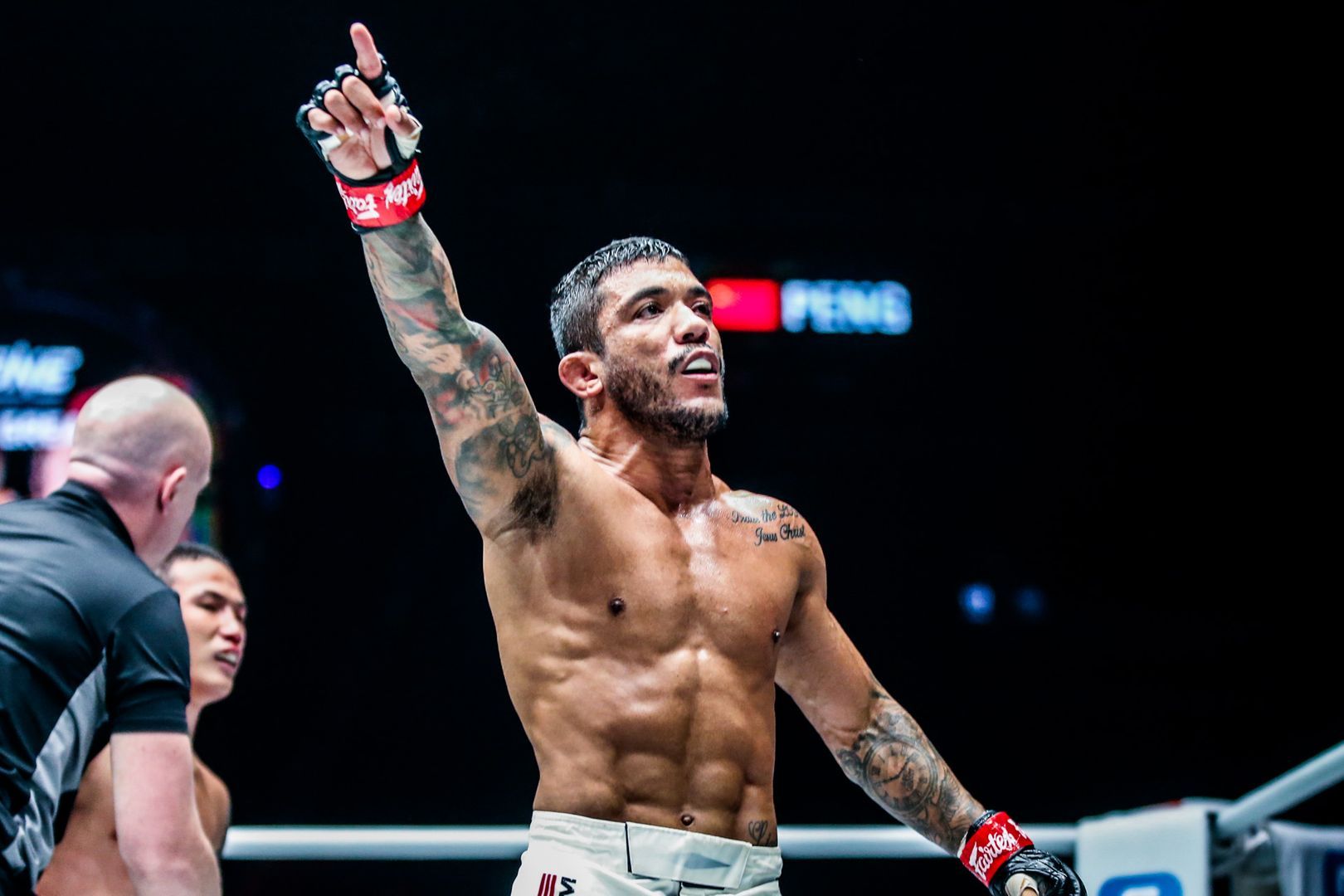 While Pacio possesses a vast striking repertoire, he has diversified his skill set in recent years.

“The Passion” has improved his takedown defense and has grown comfortable wrestling with the division’s most talented grapplers. Also, he has more submission wins than knockout victories on his record.

Despite the Filipino’s remarkable development in these areas, Silva holds a distinct advantage when the action hits the canvas. He believes his Brazilian Jiu-Jitsu techniques and his veteran expertise will be the keys to reclaiming the ONE Strawweight World Title.

“I believe my BJJ will make a big difference, and I have more than 20 years of experience in martial arts and training. This will be an advantage,” the Evolve representative explains.

“There will be more pressure for him because he will be fighting in his hometown and defending the belt. I have seen the outcome – the gold on my waist.

“I know this will be an interesting match for the fans, and a very difficult fight for us both in the cage. I respect Joshua, but I will be very well prepared for him.”