The Brazilian Jiu-Jitsu World Champion caught his rival in a trademark armbar to claim the victory in their strawweight mixed martial arts contest at the Singapore Indoor Stadium on Friday, 22 November.

Peng brought his wrestling skills to the fore in the opening frame, as he stuffed the 37-year-old’s takedown attempts and punished him with punches. “Little Rock” countered with heavy hooks but struggled to find his mark.

The Chinese athlete then landed a hard right hand that sent his opposite number stumbling backward, but Silva pulled guard and survived the round.

“Little Rock” charged out of the gate for round two and closed the distance behind his punches. When Peng overcommitted to a straight right, the former ONE Strawweight World Champion took the Chinese athlete to the canvas with a double-leg takedown. 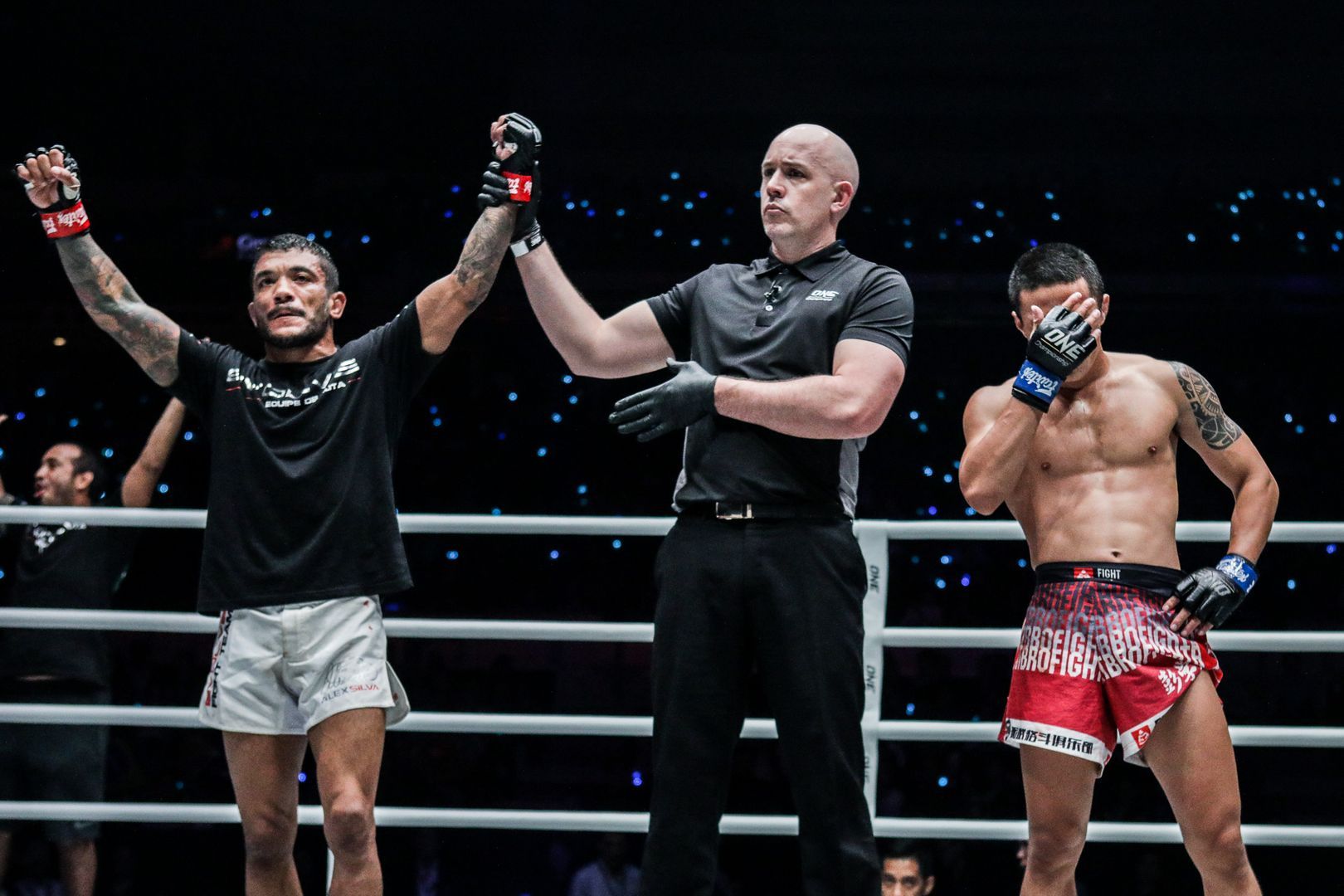 The Zhongshan native got back to his feet, but Silva found his rhythm once again. “Little Rock” dragged things into his world with another takedown and moved straight into mount position.

From there, the Evolve athlete set up his favorite finish. He secured his rival’s arm, stepped over his head, and rolled into a tight armbar that forced Peng to tap at 4:45 of round two.

Silva pushed his record to 9-4 with his eighth submission victory, and he now has back-to-back victories on his return to the top of the strawweight division.