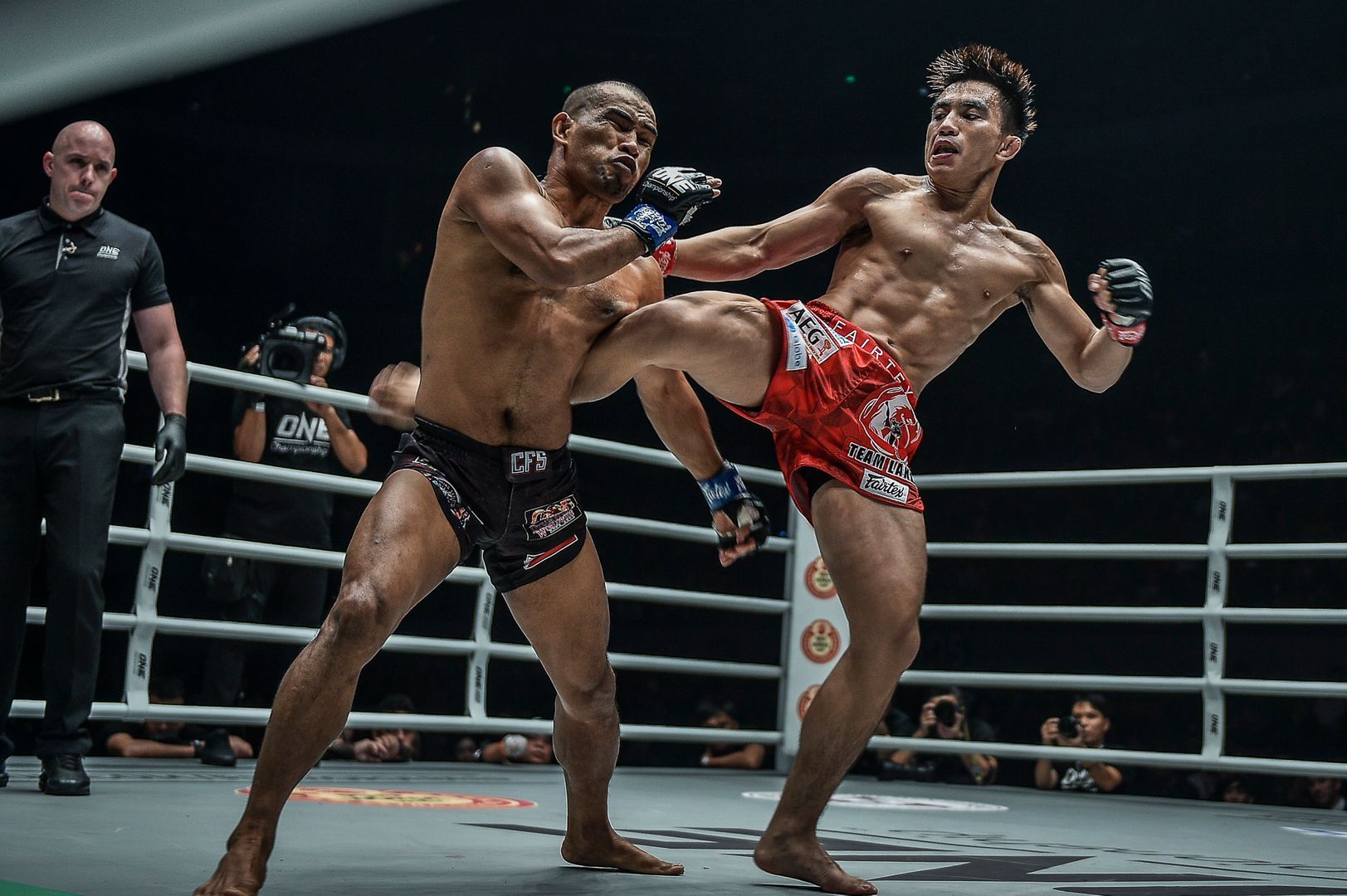 The 23-year-old Team Lakay representative faced his compatriot, Rene “The Challenger” Catalan, in the main event of ONE: MASTERS OF FATE, which emanated from the Mall Of Asia Arena in Manila, Philippines.

Despite conceding 17 years in age to the Wushu World Champion, Pacio proved to be the better mixed martial artist on the night as he submitted his opponent in the second round.

Pacio delivered the first serious offense of the opening round when his spinning back kick landed cleanly on Catalan’s midsection. He swiftly followed that up with a beautiful takedown.

Any thoughts of the Baguio City native dominating on the ground were instantly forgotten, however.

Catalan, operating off his back, reached for a heel hook. “The Passion” responded with a toehold, but when his rival tightened the grip, he abandoned his submission attempt and tried to roll his way out of the hold.

As Pacio was breaking free, “The Challenger” transitioned to a kneebar and looked to have his countryman in trouble yet again. But the Team Lakay product systematically broke his opponent’s guard to relieve the pressure, took top position, and spent the final two minutes of the stanza unloading ground strikes and hunting for submissions.

The pair traded left hooks and kicks in the opening minute of the second round, but Catalan caught a body kick and tried taking the ONE Strawweight World Champion to the canvas.

Pacio maintained his balance, threatened with a guillotine choke, and sprawled to the side of his smaller opponent. He threw a knee to his rival’s head, cradled his leg, and forced him onto his back.

From side control, “The Passion” reached for his adversary’s neck and started to set up an arm-triangle choke. He held onto the hold, moved counterclockwise to full mount and then to the other side of his compatriot’s body to tighten the squeeze.

“The Challenger” gamely held on for as long as he could, but the grip was too tight. He was forced to tap at the 2:29 mark of round two. 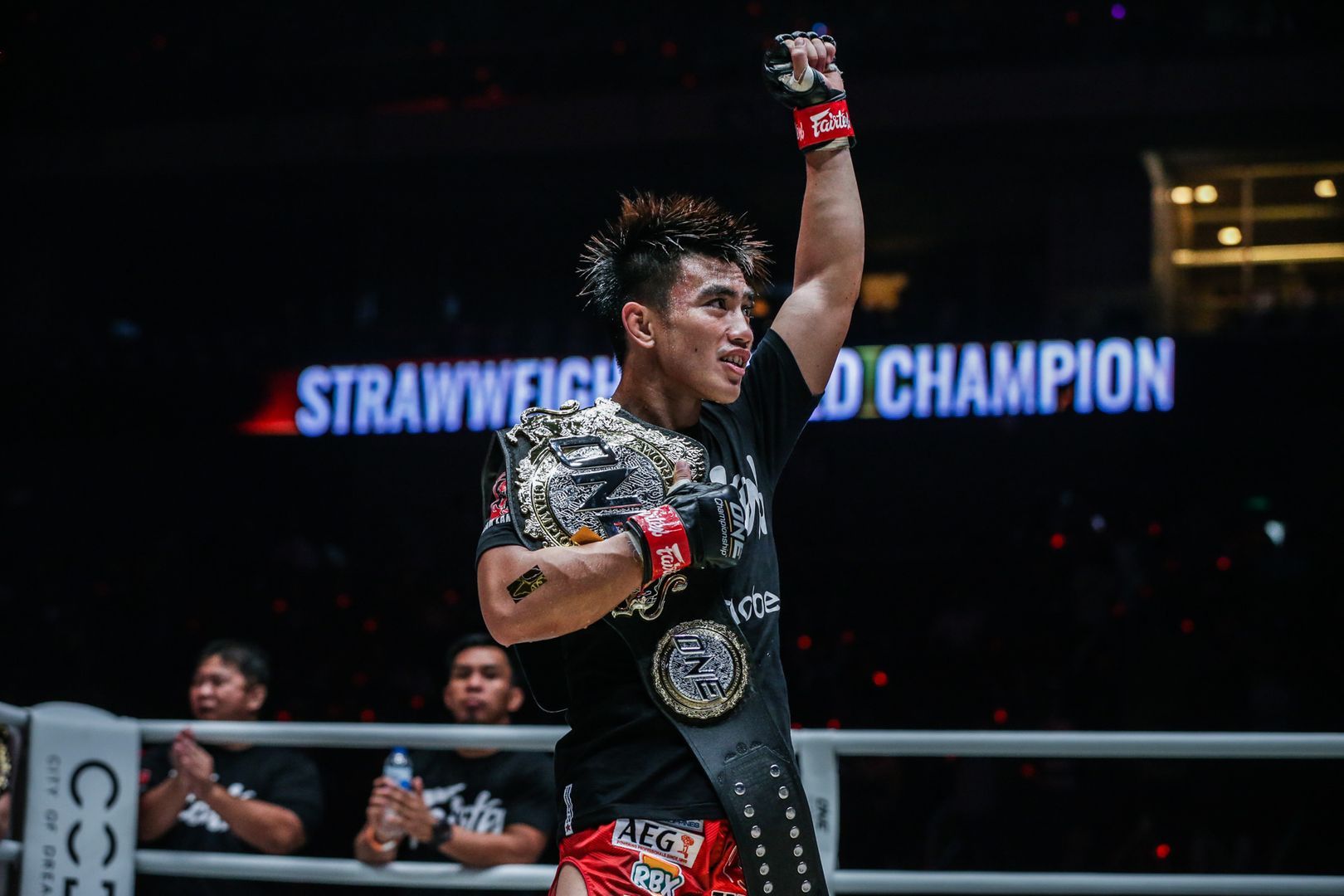 After Pacio completed the first successful World Title defense of his mixed martial arts career, ONE Championship commentator Mitch Chilson entered the ring for a post-bout interview and asked the division’s reigning king who he wanted to face next.

“For me, I am the champion,” the Baguio City native said. “My job is to keep on training, to level up, and just wait for the next opponent.”

In victory, “The Passion” improved his professional record to 15-3. Furthermore, he remains unbeaten in the Philippine capital.