A series of outstanding performances left lasting impressions when ONE Championship returned to Jakarta, Indonesia for a night of thrilling action at ONE: WARRIOR’S DREAM.

A new World Champion was crowned, emerging athletes established themselves as contenders, and rising stars continued their ascent up the ranks.

Now, it is time to take a look at who each of these men and women will face next in the Home Of Martial Arts. Here are some of the options for Saturday, 17 November’s biggest winners.

Zebaztian Kadestam authored a stunning late knockout of Tyler McGuire, stopping the American with less than 30 seconds to go in their contest to claim the vacant ONE Welterweight World Championship.

“The Bandit” may not have to wait long to find out who he will face for the first defense of his belt, as two undefeated martial artists make their promotional debuts at ONE: CONQUEST OF CHAMPIONS this Friday, 23 November.

LFA Welterweight Champion James Nakashima is an extremely technical martial artist with the ability to nullify his opponents’ strengths and dominate into the championship rounds.

He will face Russia’s Raimond Magomedaliev, who may be young in his mixed martial arts career, but he has shown incredible promise, having finished four of his five opponents.

The winner of this contest in Manila, Philippines would be a prime candidate to face the Swede in 2019.

Hayato Suzuki may have just made his case for a shot at the ONE Strawweight World Championship.

The 32-year-old made his match with Thailand’s Pongsiri Mitsatit look easy, as he swiftly took the Thai to the mat and finished the job with his favorite technique, the rear-naked choke.

The division’s belt is currently held by the Philippines’ Joshua “The Passion” Pacio, who the Japanese star defeated in his ONE debut.

He believes he has what it takes to do it all again – this time for his division’s gold-plated hardware. Pacio has made vast improvements as a martial artist since then, especially with his grappling, which would make for a fascinating rematch between the two.

If he has to pass one more assignment before he gets a chance to compete for the gold, Mitsatit’s compatriot Kritsada “Dream Man” Kongsrichai – a winner of three of his last four bouts, including a dominant performance against Jeremy Miado – would make for an interesting challenge, too.

Priscilla put on a show for the home crowd at ONE: WARRIOR'S DREAM! ????????Download the ONE Super App now ???? http://bit.ly/ONESuperApp

Priscilla Hertati Lumban Gaol claimed her fifth win of 2018 against the Philippines’ Angelie Sabanal with arguably the best and most complete performance of her career.

Lumban Gaol was precise with her striking and overwhelming with her grappling, putting together a well-rounded performance in front of a partisan hometown crowd in the Stadium Istora to win by unanimous decision.

Her relentless schedule this year has fast-tracked “Thathie” towards the top of the atomweight division, and there is no doubt she is ready for some bigger challenges.

The 30-year-old said she would like to work towards a shot at the ONE Atomweight World Title, and there are few opponents who would test her suitability for that challenge more than Istela Nunes.

The Brazilian Muay Thai specialist has beaten some of the top names in the weight class, so a victory over her would prove Lumban Gaol deserves to challenge for the top prize.

Anthony Engelen has made up for lost time in his return to the ONE cage.

Following a 39-second knockout of Meas Meul in Singapore on 9 November, Engelen returned to action a week later in Jakarta to finish Jimmy Yabo via first-round submission.

The 33-year-old has now won four consecutive bouts in the world’s largest martial arts organization and has the look of an improved, confident martial artist. There is no doubt he is ready for another step up.

Pakistan’s Ahmed “The Wolverine” Mujtaba would offer a nice stylistic match-up, as well as a good litmus test for Engelen as to where he currently ranks in the division.

Phoe “Bushido” Thaw would also be a compelling foil for the Dutch-Indonesian. Like Engelen, the Myanmar hero has five finishes in ONE, so their meeting would likely keep fans on the edge of their seats, as both athletes battle towards the upper echelons of the weight class. 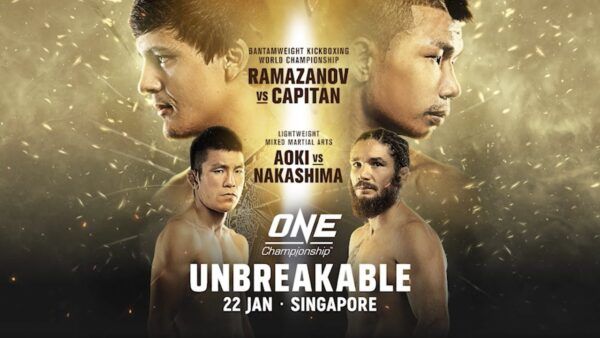