Priscilla Hertati Lumban Gaol has been ONE Championship’s busiest mixed martial artist of 2018, and on Saturday, 17 November, she picked up her fifth and final victory of the year.

The 30-year-old Indonesian used a dynamic striking attack to stifle the Philippines’ Angelie “D Explorer” Sabanal over the course of three rounds to earn a unanimous decision at ONE: WARRIOR’S DREAM, which took place at Stadium Istora in Jakarta.

Priscilla makes it a clean sweep for Indonesia with a thrilling unanimous decision win over Angelie Sabanal! ????????

Priscilla makes it a clean sweep for Indonesia with a thrilling unanimous decision win over Angelie Sabanal! ????????Watch the full event LIVE & FREE on the ONE Super App ????http://bit.ly/ONESuperApp | TV: Check local listings for global broadcast

Sabanal displayed a lot of movement in the opening stanza, as she danced around in an effort to stay away from her rival’s powerful punches.

While the Filipina was able to circle away early, Lumban Gaol — a Wushu World Championship bronze medalist — took a calculated approach. The local favorite attempted to cut off the cage, and then used her reach advantage to connect with an assortment of strikes.

Midway through the frame, she landed her best combination — a stinging flurry of punches capped off with a head kick, which tagged “D Explorer.”

While that shot seemed to rattle her for a moment, the 29-year-old Muay Thai practitioner bounced back quickly, though was unable to mount any effective offense for the remainder of the stanza. 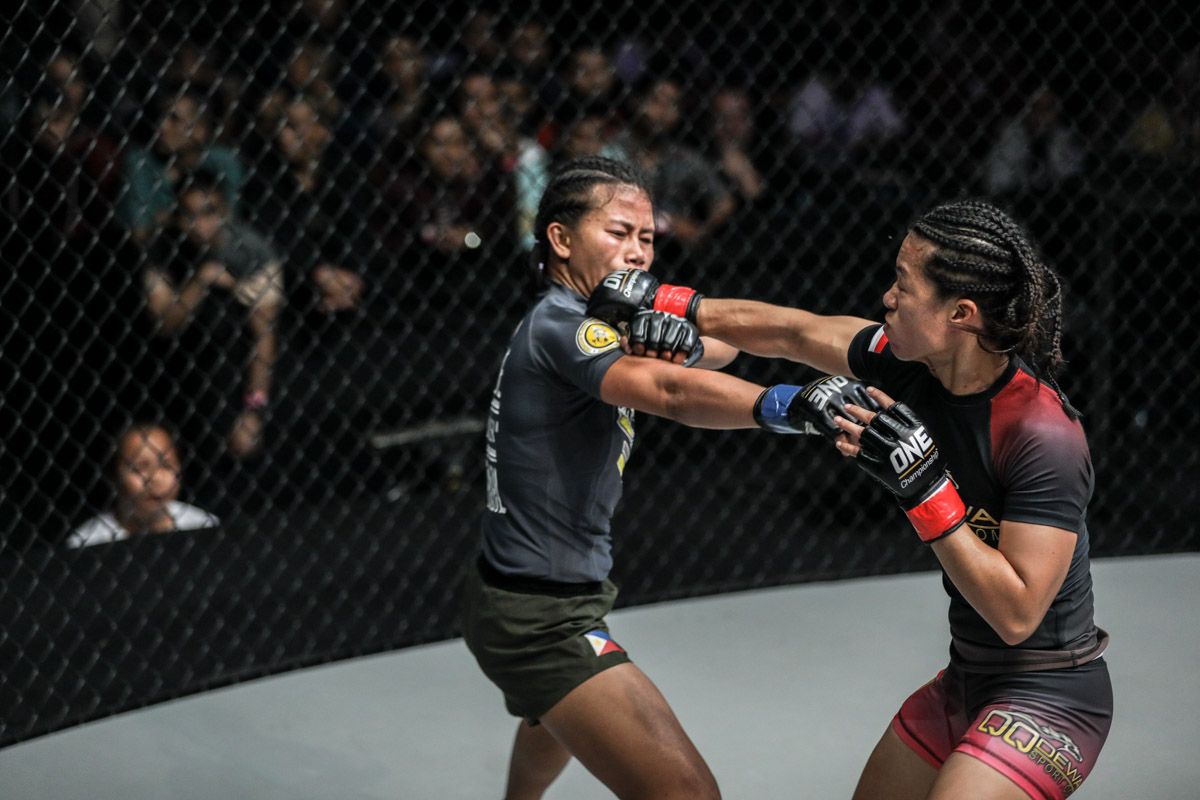 The second round saw more of the same, as Lumban Gaol put her prized wushu expertise to good use by attacking her rival from the outside.

Sabanal seemed content to counter the Indonesian’s strikes, but she was not able to land with much accuracy.

The Philippine atomweight did manage to take the hometown hero’s back after engaging in the clinch, but she could not maintain control, and the action was soon reestablished in the center of the cage.

As time ticked away, “Thathie” continued to gain confidence with her furious combinations, which she frequently unloaded on Sabanal. 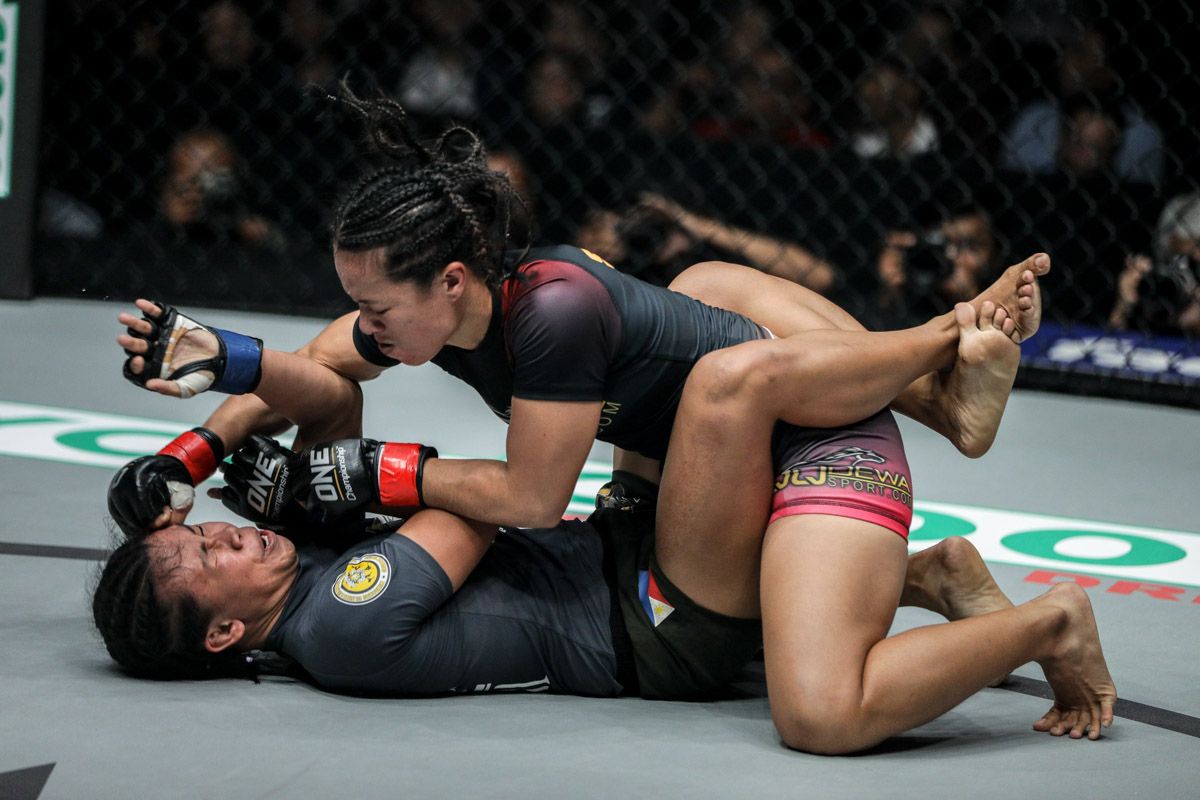 Lumban Gaol continued to push forward with her striking in the third and final frame, and this was the period where she did the most damage.

During an early exchange, the Jakarta native clipped “D Explorer” with a short lead hook, which dropped her to the canvas.

The Indonesian superstar quickly followed her into the guard to rain down punches, but to Sabanal’s credit, she was able to survive long enough to work back to her feet.

With just over a minute remaining in the atomweight contest, the Filipina had her best opportunity in the three-round battle when she secured a takedown and transitioned to take her opponent’s back.

However, Lumban Gaol reversed the position and worked from inside Sabanal’s guard until the final bell rang. 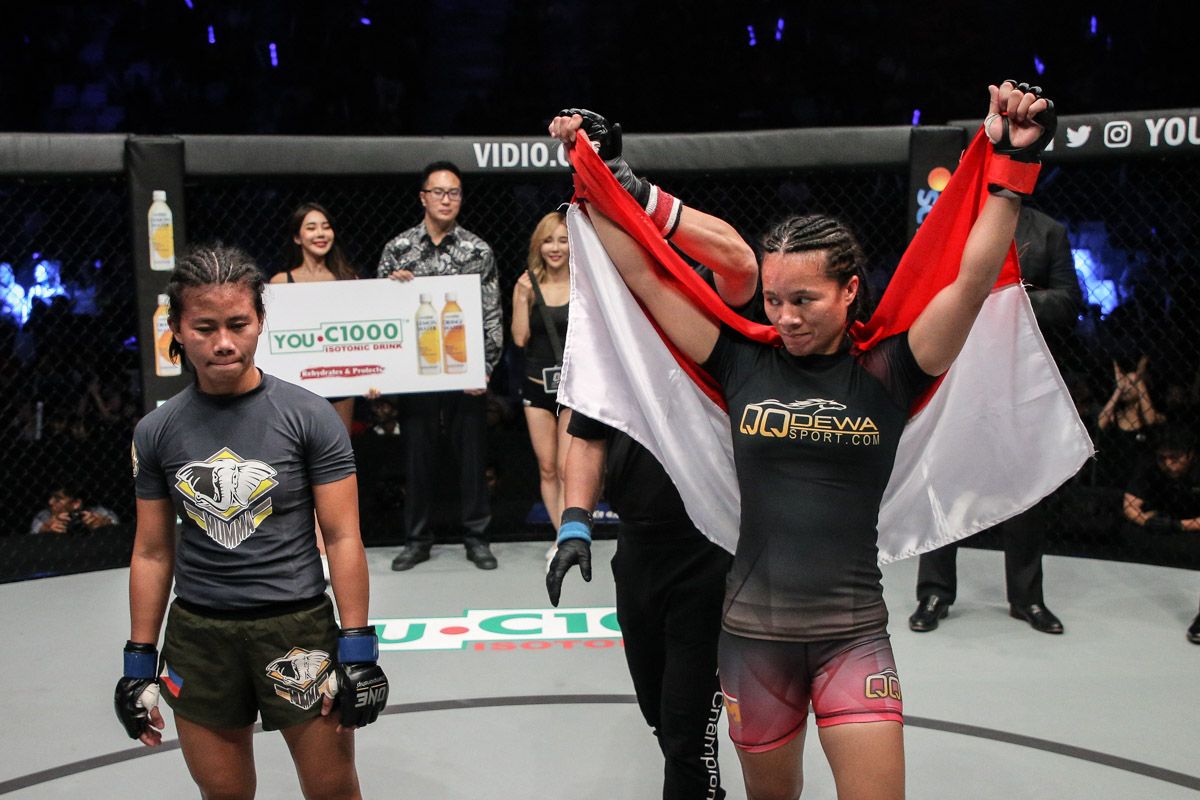 In the end, the judges awarded “Thathie” with the unanimous decision victory.

This has been a year to remember for Lumban Gaol, who has won five of her six bouts in 2018.

She will undoubtedly try to keep this pace up in 2019 and move closer to a ONE Women’s Atomweight World Title opportunity.