With the welterweight throne up for grabs, Zebaztian “The Bandit” Kadestam turned in a first-rate striking performance to capture the vacant ONE Welterweight World Championship on Saturday, 17 November.

Going up against previously unbeaten American grappling specialist Tyler McGuire in the main event of ONE: WARRIOR’S DREAM at Stadium Istora in Jakarta, Indonesia, the Swede displayed improved takedown defense en route to a scintillating knockout victory in the bout’s final seconds.

Zebaztian Kadestam takes home ONE gold with a thunderous KO of Tyler McGuire at 4:32 of Round 5!

Zebaztian "The Bandit" Kadestam takes home ONE gold with a thunderous KO of Tyler McGuire at 4:32 of Round 5!TV: Check local listings for global broadcast

The first round began with the two martial artists willing to trade strikes at the center of the cage. However, it quickly became evident that it was in the American’s best interest to take matters to the ground.

McGuire hit a double-leg takedown halfway into the frame, but he was unable to keep his rival down for long. The 28-year-old from Stockholm, Sweden quickly returned to his feet, and worked his foe with a stiff left jab and spinning back kicks.

In the second stanza, Kadestam attacked his opponent’s legs in hopes of slowing down the Washington resident, who maintained an elusive pace by circling out of the Swede’s striking range.

Although McGuire would land a couple more takedowns, he experienced difficulty in keeping Kadestam on the mat and was forced to stand with “The Bandit” in the final minute of the round. 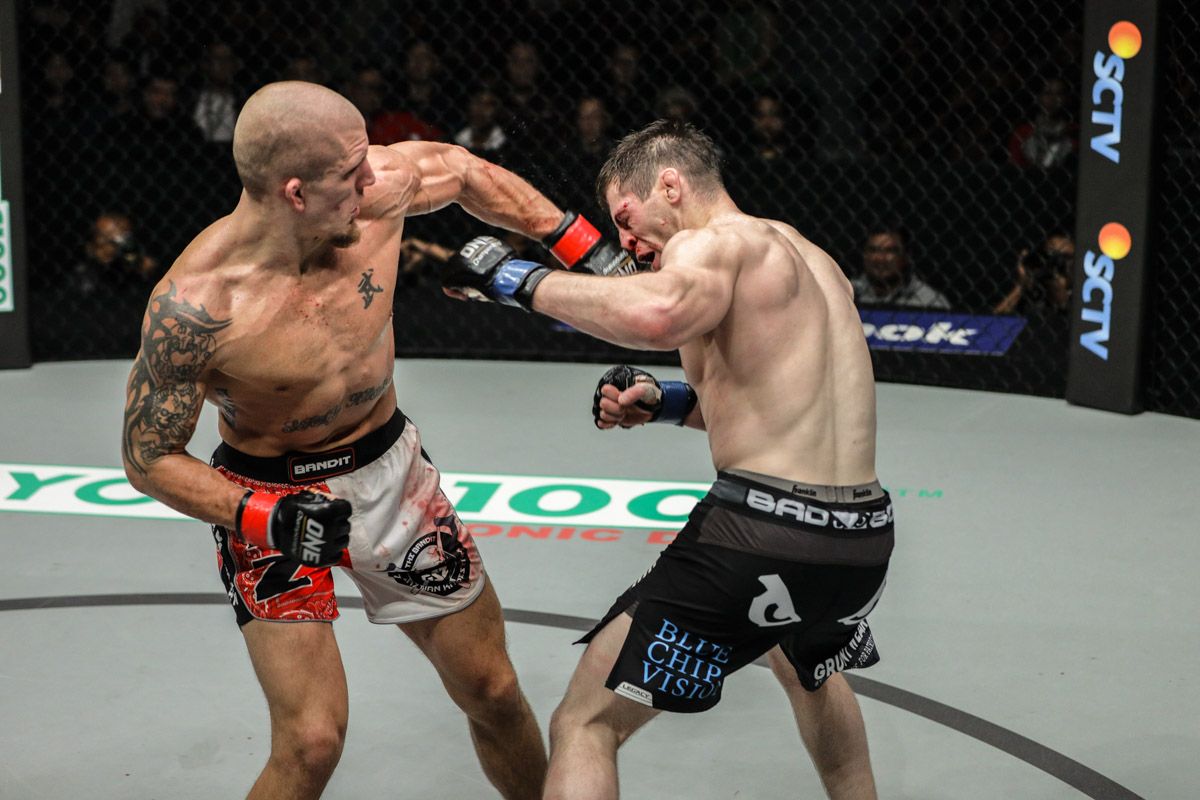 In the third frame, McGuire continued with his frenetic movement, drawing upon a reservoir of stamina brought about by his excellent conditioning.

However, Kadestam continued punishing his opponent’s body with well-placed right hands to the midsection. He also landed a huge leg kick, which momentarily placed the American on unsteady footing.

“The Bandit” appeared even more relaxed and looser with his offense in the fourth. He tried goading McGuire into a striking exchange. When that failed, he walked him down, connected with some kicks, and popped him with stiff punches.

In the fifth and final round, both warriors started off by trading powerful striking combinations at the center of the cage.

A visibly marked-up McGuire was more aggressive, perhaps sensing he had fallen behind on the judges’ scorecards. Kadestam was patient with his offense and waited until the perfect opportunity came to author the spectacular finish in the dying moments of the contest. 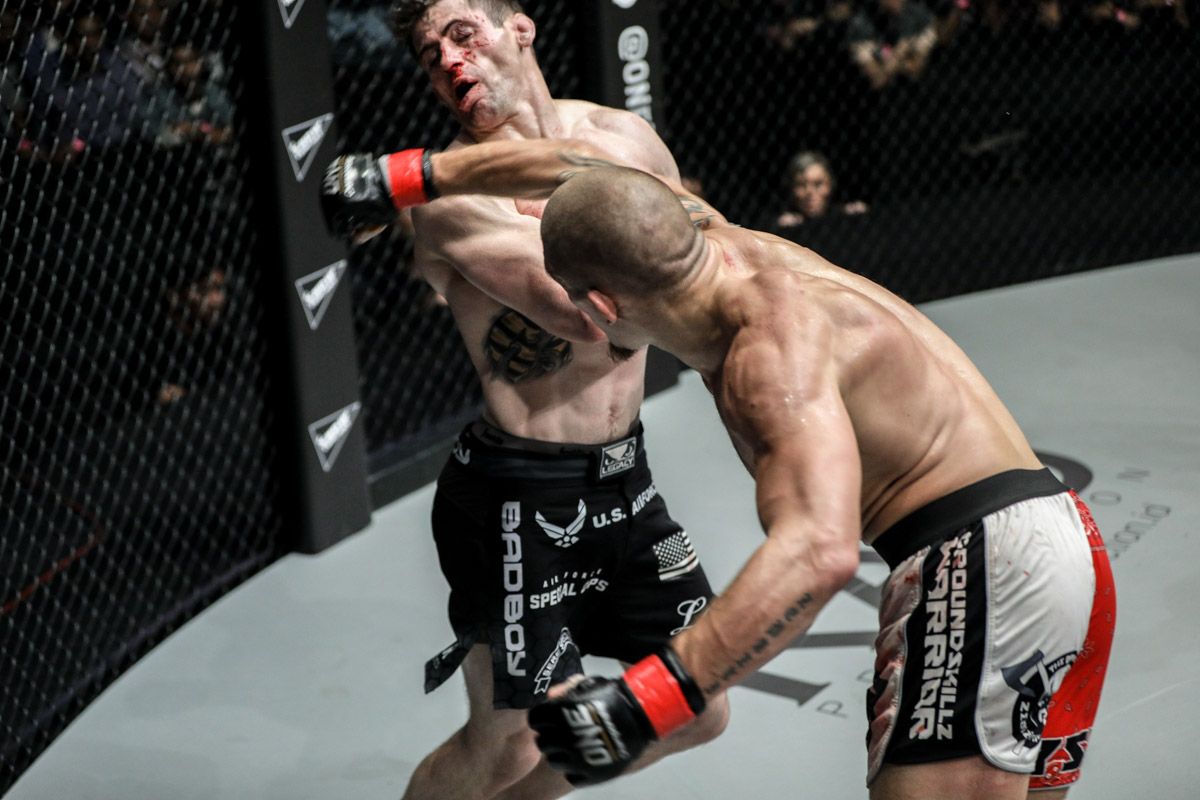 Kadestam walked McGuire down once again, but this time, he landed a looping right hook. Once the American hit the ground, “The Bandit” dove in with a huge knee to the head to seal the deal.

Referee Olivier Coste stopped the contest at the 4:32 mark of round five.

“I feel pretty good. I want to say I’m sorry I didn’t put the pace that I usually do,” Kadestam told Mitch Chilson in his post-bout interview.

“His shots were so powerful. I couldn’t get my combos going. I tried to entertain as always. Anyways, thank you so much, it feels amazing.” 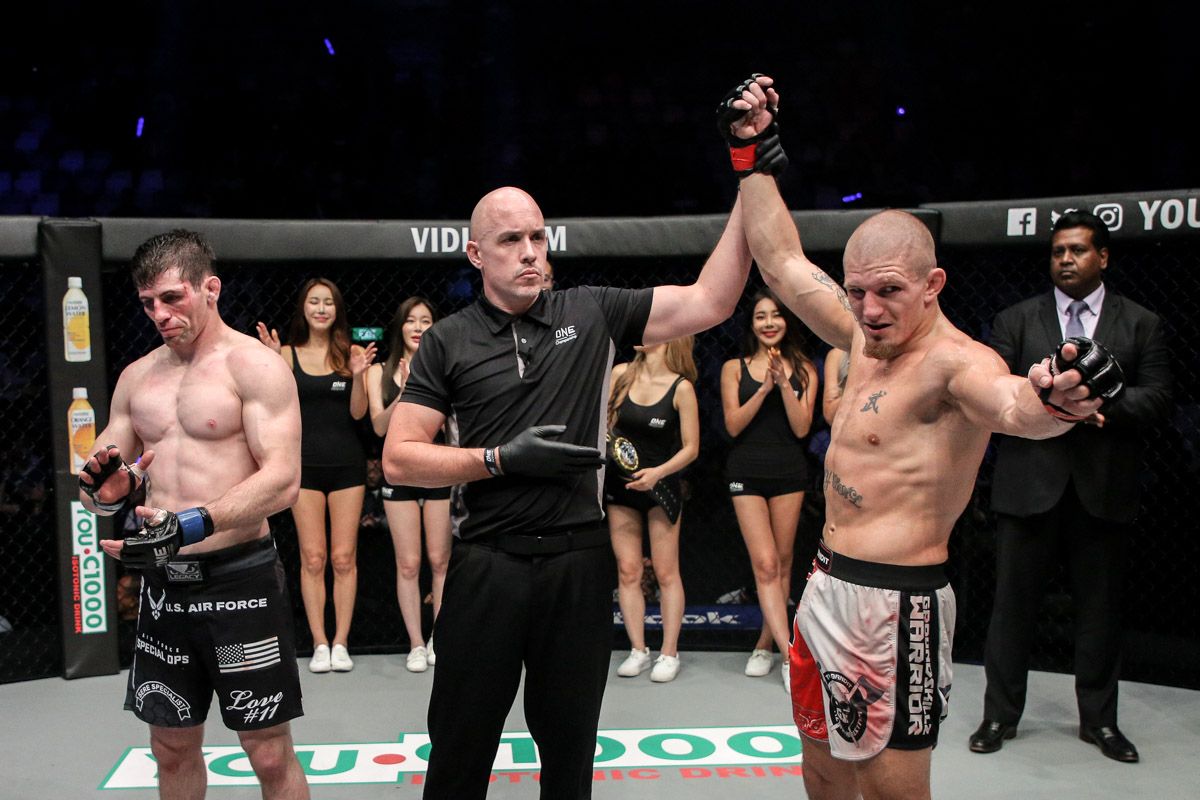 With the victory, Kadestam is crowned the new ONE Welterweight World Champion, while McGuire suffers the first blemish of his professional career.