If 2020 revealed anything about ONE Super Series, it’s that athletes in the organization’s all-striking league are just getting warmed up.

Whether in kickboxing or Muay Thai, top contenders and World Champions have continuously faced stiffer competition as the promotion signs more world-class strikers. But we still haven’t seen all of those superstars go head-to-head.

With that said, here are five incredible ONE Super Series kickboxing and Muay Thai matchups that fans of the striking arts could potentially see in 2021. 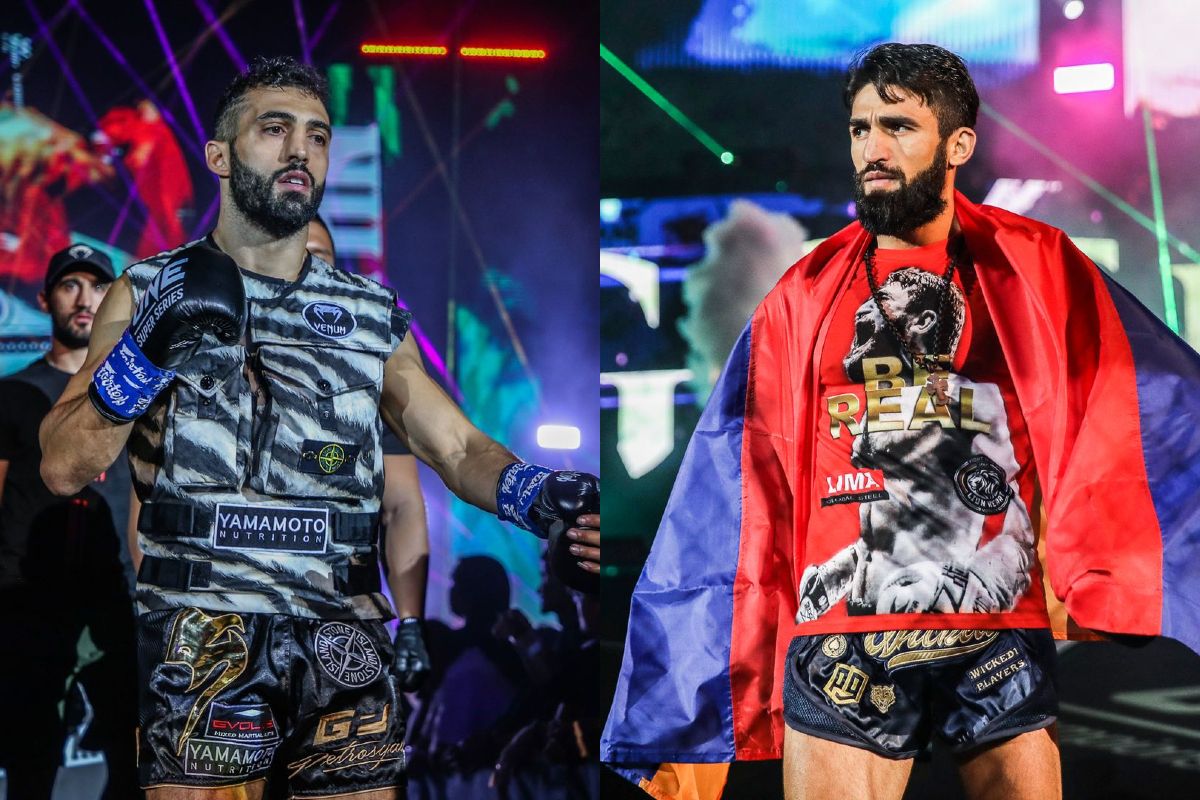 Ever since three-time Kickboxing World Champion Marat Grigorian signed with ONE Championship in 2020, fans have been waiting for him to step into the Circle and face ONE Featherweight Kickboxing World Grand Prix Champion Giorgio “The Doctor” Petrosyan.

And after Grigorian stunned fans with a come-from-behind knockout of Ivan Kondratev at ONE: BIG BANG last December, that only furthered his case to face the featherweight kickboxing division’s #1-ranked contender.

Grigorian is a dangerous striker with a 64-11-1 kickboxing record, and 33 of those wins have come by knockout. The Armenian-Belgian is not only powerful – he’s painfully accurate. But so is Petrosyan.

“The Doctor” lives up to his moniker with a surgical approach to striking. He’s able to pick up on subtle nuances from opponents and capitalize on them in an instant, which makes him dangerous in every fight.

This contest would be a battle between two tacticians who won’t want to make the first mistake. 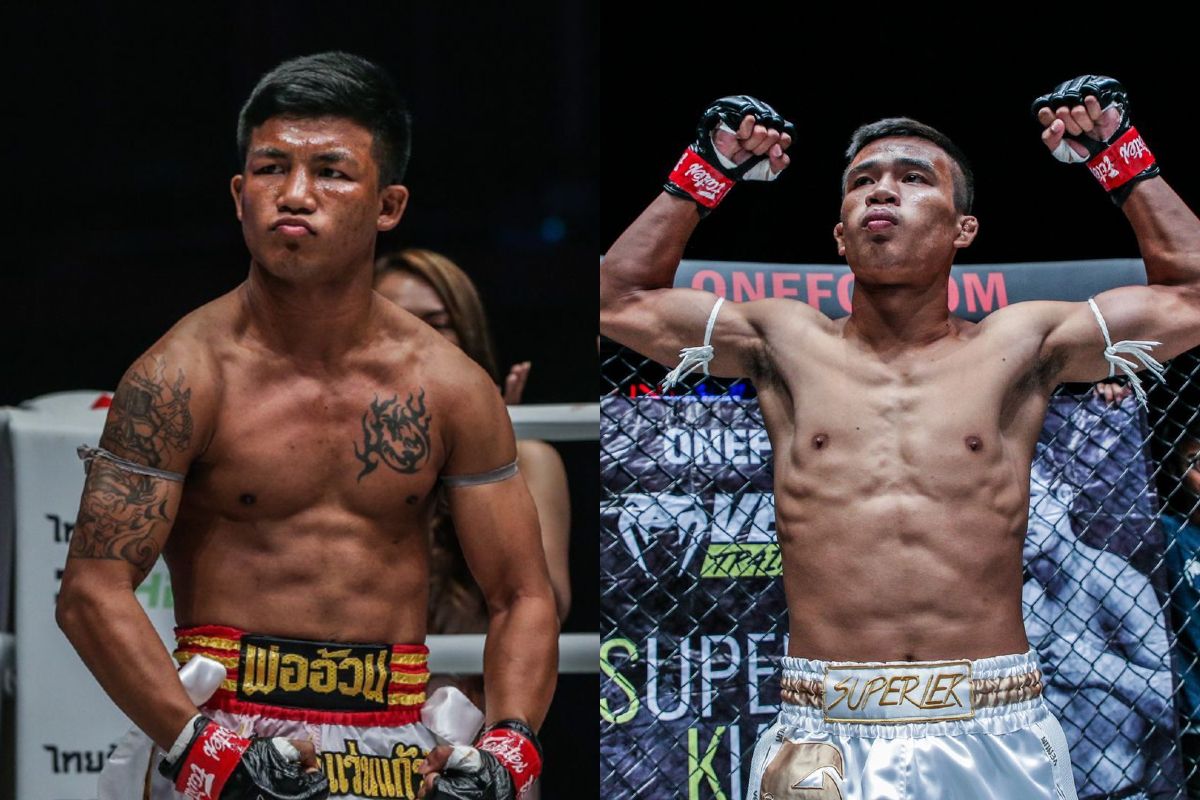 There aren’t many matchups that ONE Super Series fans wouldn’t be excited about that include ONE Flyweight Muay Thai World Champion Rodtang “The Iron Man” Jitmuangnon, but most Muay Thai loyalists are insisting he face #2-ranked flyweight “The Kicking Machine” Superlek Kiatmoo9 next.

Superlek has been on a roll in ONE Super Series, but his most notable victory happened when he beat Rodtang’s stablemate and multiple-time Muay Thai World Champion “The Angel Warrior” Panpayak Jitmuangnon at ONE: NO SURRENDER via unanimous decision in July 2020.

Then, “The Kicking Machine” defeated Fahdi “The Gladiator” Khaled two months later in a one-sided showing of superb striking skills.

Rodtang, meanwhile, has been unstoppable since joining the promotion in 2018. Not only has he captured the divisional throne, but he’s defended it three times in devastating form.

This bout would be a clash between Superlek’s smooth striking and Rodtang’s ruckus-inciting style, and it could show us how the reigning king handles an opponent who won’t be drawn into his game. 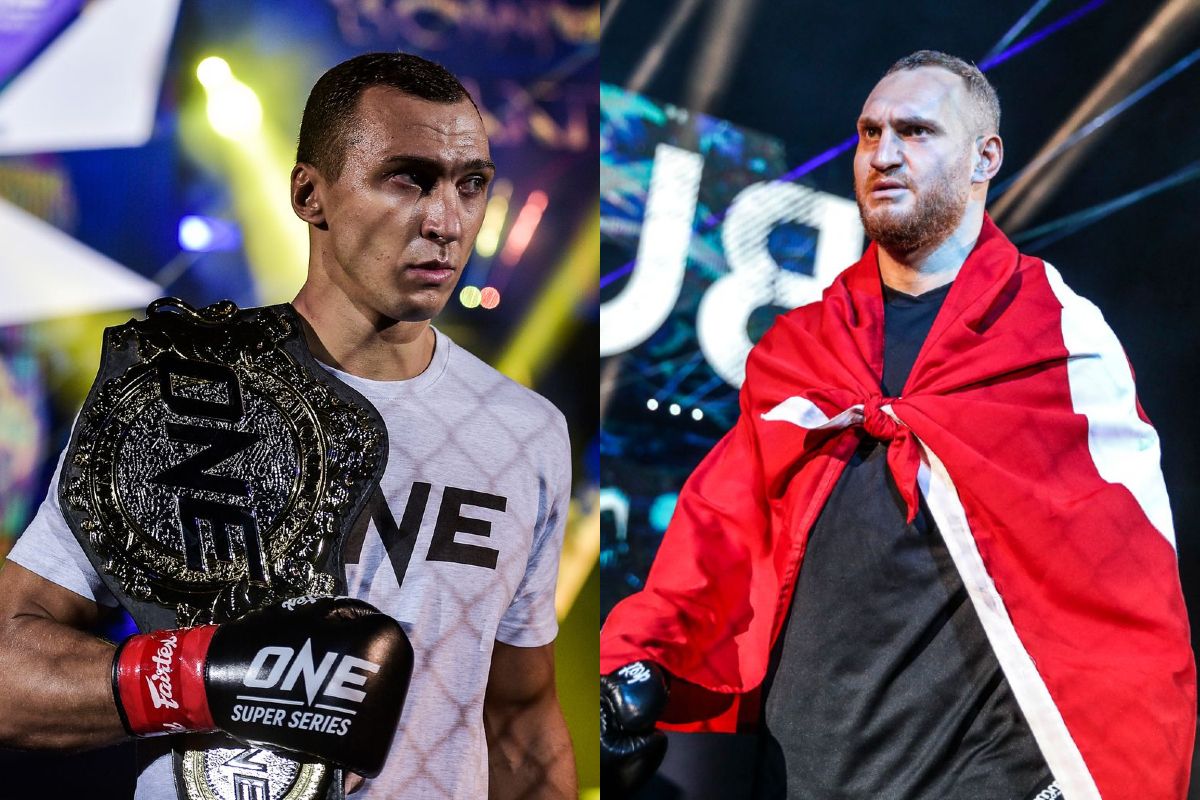 Roman Kryklia and Murat “The Butcher” Aygun were supposed to face each other at ONE: BIG BANG, but last-minute changes saw the two athletes pick up new opponents. This only left kickboxing fans more eager to see these two megaliths do battle.

Aygun still made good in his debut, beating Anderson “Braddock” Silva with a hard-earned unanimous decision, which only proved he deserves a shot at Kryklia.

Kryklia, meanwhile, went on to face Andrei “Mister KO” Stoica at ONE: COLLISION COURSE a few weeks later, where he clinically dismantled the Romanian over five rounds.

But Aygun has something that Kryklia’s past ONE Super Series opponents didn’t: tremendous size. Will the reigning ONE World Champion be able to work over Aygun like he did his previous rivals? Or will “The Butcher” throw the Ukrainian on his chopping block and dice up the titleholder? 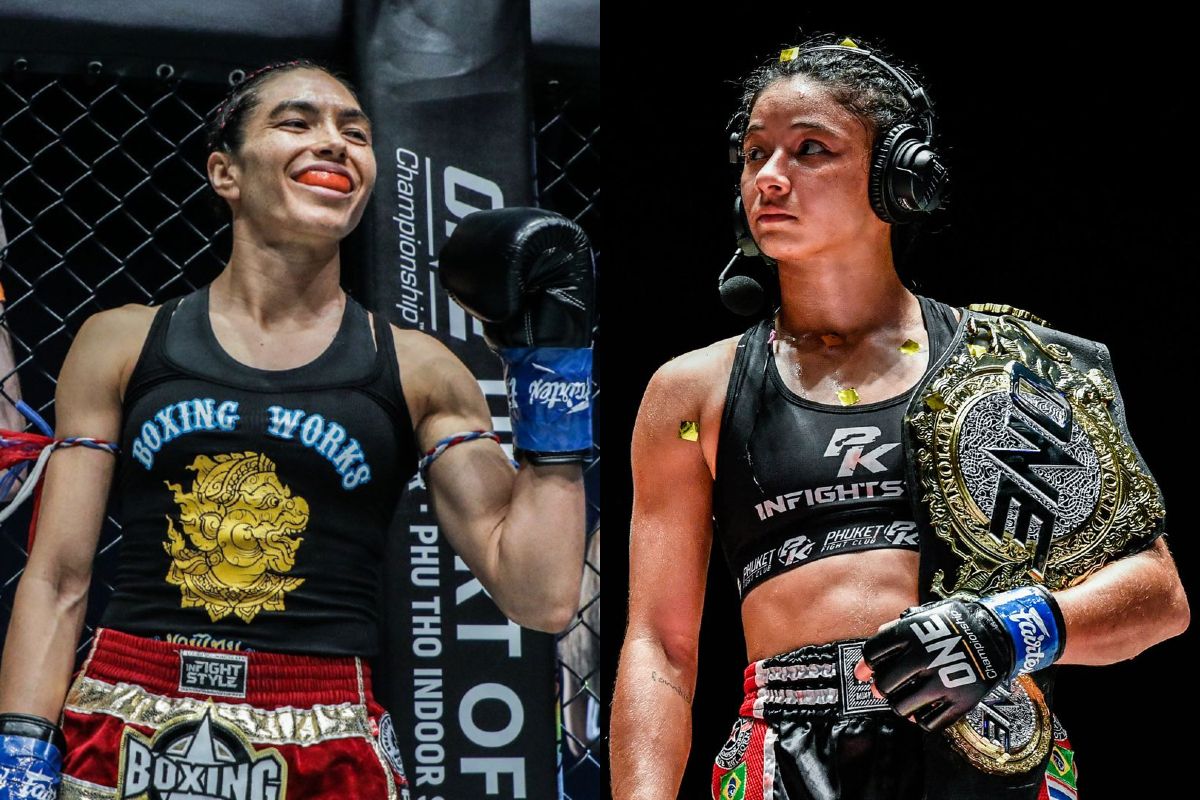 When Allycia Hellen Rodrigues defeated Stamp Fairtex to win the ONE Atomweight Muay Thai World Title, fans started talking about a potential showdown between her and the other divisional queen, ONE Atomweight Kickboxing World Champion Janet “JT” Todd.

Rodrigues was an unfamiliar face when she made her promotional debut against Stamp at ONE: A NEW BREED in August 2020, but when the five rounds came to a close, the global fan base had become very familiar with her superb counter-attacks.

Todd had a storied rivalry with Stamp, but she looked immensely better in their rematch at ONE: KING OF THE JUNGLE in February 2020, where she wore down the former two-sport ONE World Champion across five rounds.

If Rodrigues and Todd meet in the Circle under Muay Thai rules, it’ll be interesting to see if Todd can tire out the Brazilian the way she did to Stamp. But we’ll also find out if Rodrigues can use her crafty counter-attacks to stifle the American’s determination. 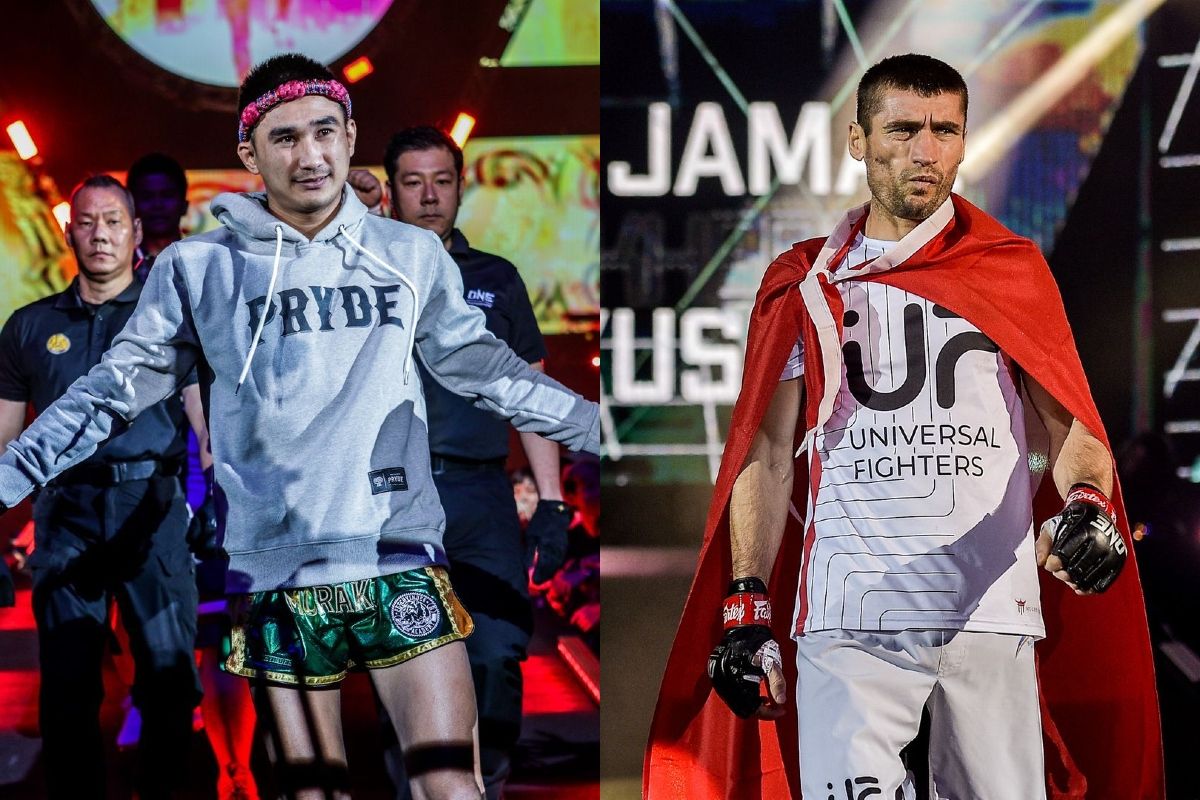 Number 1-ranked Jamal “Kherow” Yusupov has only competed in ONE Super Series twice, but those appearances may have earned him a date with ONE Featherweight Muay Thai World Champion Petchmorakot Petchyindee Academy.

In his promotional debut in November 2019, Yusupov finished “The Boxing Computer” Yodsanklai IWE Fairtex with a left hand that sent a clear warning to the rest of the division. And if anyone forgot about that power, Yusupov reminded them at ONE: COLLISION COURSE II by dropping Samy “AK47” Sana en route to a clear-cut victory.

Petchmorakot has had his own success in the Circle, however. Since winning the strap at ONE: WARRIOR’S CODE in February 2020 – where he was originally supposed to fight Yusupov – he’s defended it against Lion Fight Champion Magnus “Crazy Viking” Andersson and multiple-time Muay Thai World Champion Yodsanklai.

It’s likely that Petchmorakot has never faced a striker as powerful and accurate as Yusupov. But it might be equally accurate to say that Yusupov has yet to face someone as calculated as the reigning World Champion.