When Marat Grigorian walked toward the Circle for his main event clash at ONE: BIG BANG, his shirt read, “Be Real.” But he may have forgotten one word – “Quick.”

It took the Armenian just under five minutes to score a knockout victory over two-time Russian Kickboxing Champion Ivan Kondratev in their ONE Super Series kickboxing featherweight bout on Friday, 4 December, at the Singapore Indoor Stadium. 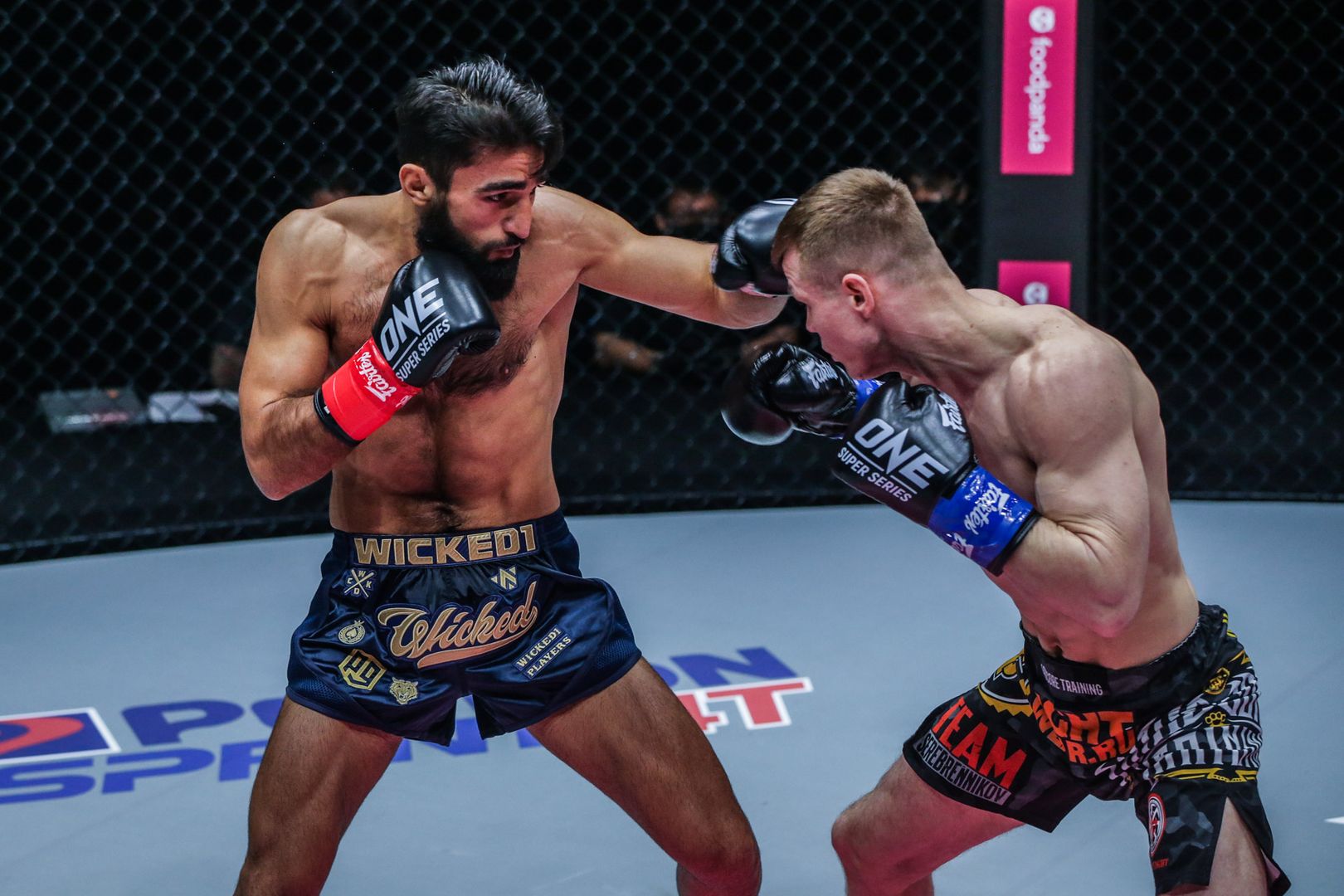 Surprisingly, it was Kondratev who struck first and often against the three-time Kickboxing World Champion.

The Russian banged away on the body of Grigorian like he was belting a heavy bag, facing almost no resistance for the first minute of the bout as the Armenian rolled and absorbed the blows.

An inside low kick from Grigorian bought him a few seconds of solace, but the relief didn’t last. Kondratev went back to work, sticking stiff jabs and rights in the face of his rival before following with more thumping body shots. 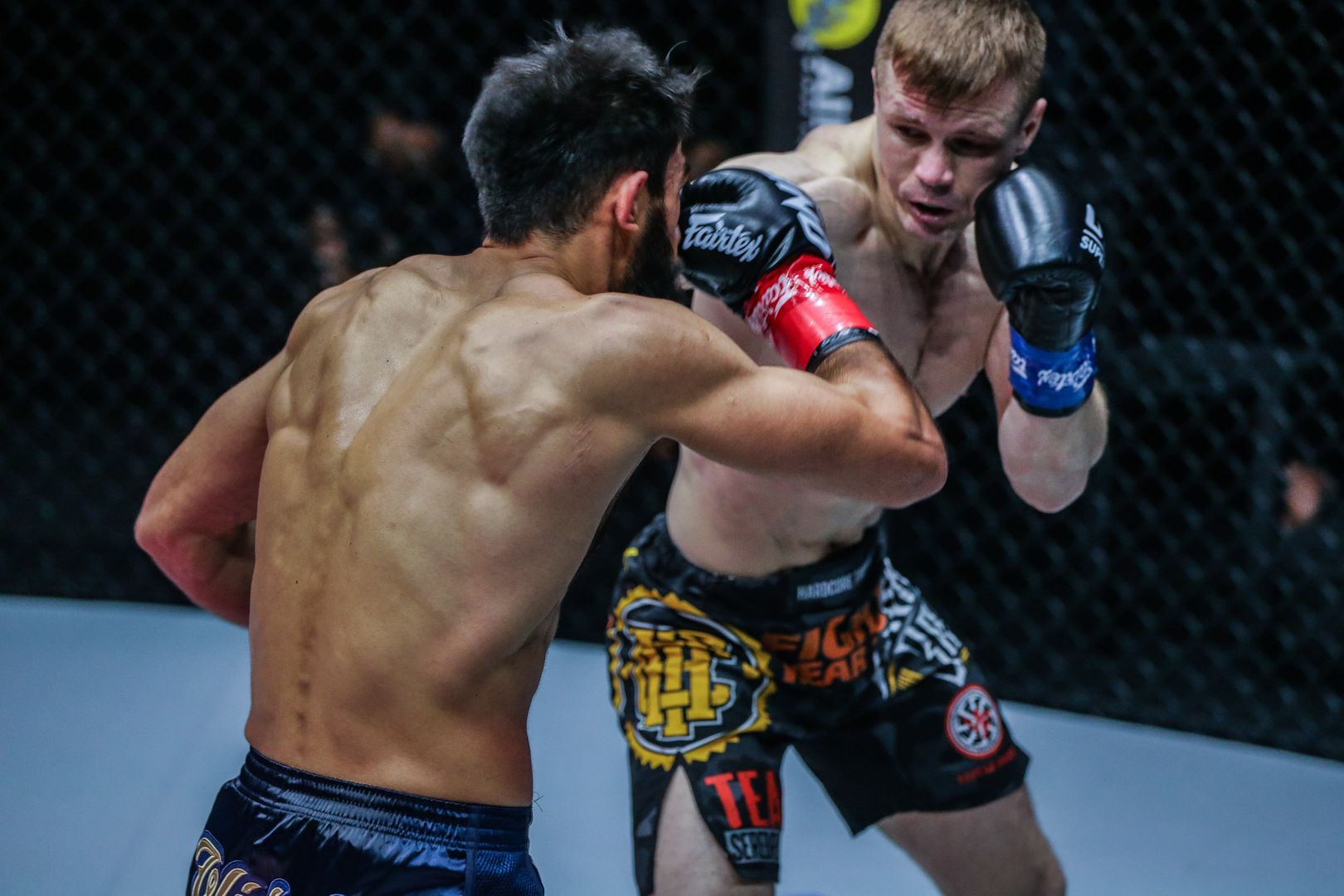 Grigorian continued to press forward despite Kondratev going hard to the body with him whenever the distance between the two men shrunk.

Then with one minute left in the first round, the kickboxing superstar finally realized he was in a fight and began lunging at Kondratev with wild punches. He missed with a left hand and tried to follow with a right, but the Russian dipped out of the way and landed a stinging right that floored the Armenian.

Grigorian sprung to his feet, where the referee’s eight-count was waiting for him just seconds before the opening round came to an end. 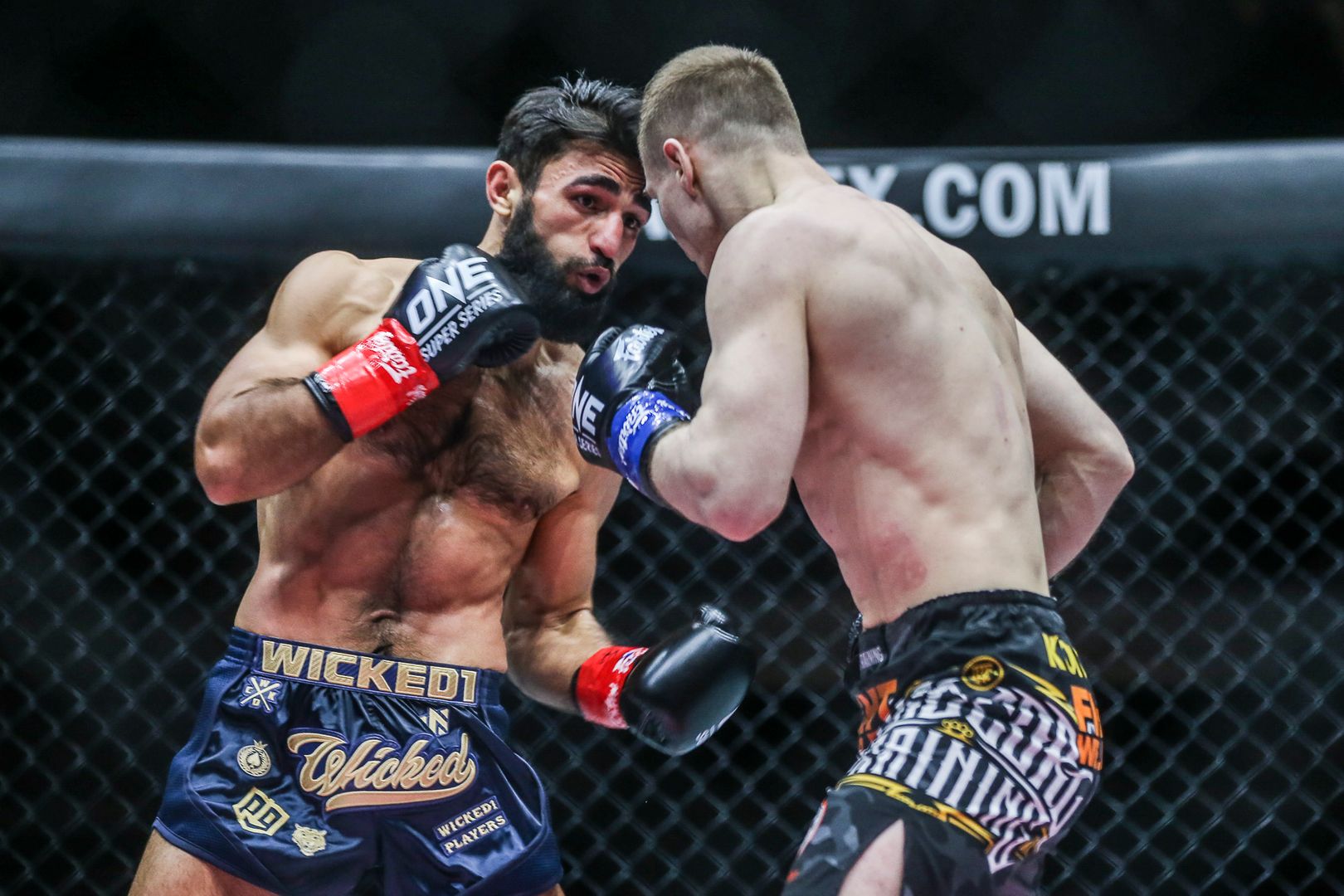 Knowing he needed something big to turn the contest in his favor, Grigorian came out of the corner for round two swinging left and right hands like he was serving tennis balls at Pete Sampras.

Kondratev, however, stayed busy by serving up his own strikes in the form of rippling body and head shots.

But when the men started to engage in a close-range battle, Grigorian changed tactics by working uppercuts into the chest and ribs of his Russian rival. Sensing that his attacks were working, the Armenian pushed Kondratev back to the Circle Wall, where he unloaded a thudding left hook into the liver of his opponent.

Kondratev fell where he stood and sat on the canvas as the referee began administering the count. The Russian then rolled into the fetal position as the official waved off the bout at 1:52 of round two. 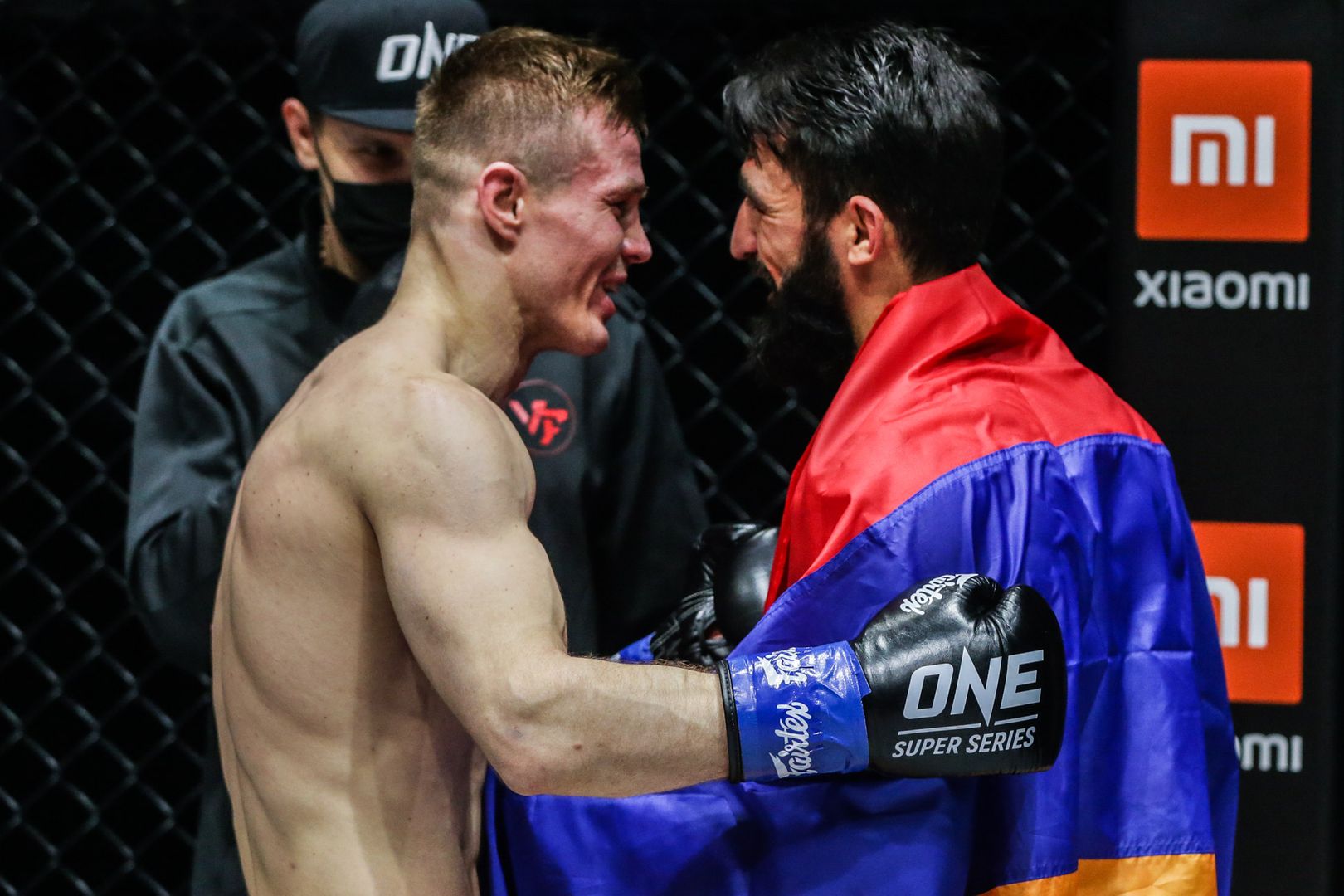 Grigorian’s stunning come-from-behind win was his first in ONE Super Series.

The knockout victory pushed his record to 64-11-1, and given that he’s already defeated #2-ranked Superbon and #3-ranked Sitthichai “Killer Kid” Sitsongpeenong outside of ONE, he may have earned a shot at #1-ranked featherweight kickboxing contender Giorgio “The Doctor” Petrosyan.