Murat “The Butcher” Aygun’s ONE Super Series debut wasn’t without its twists and turns, but he ultimately delivered a victory after three tough rounds against Brazilian Kickboxing Champion Anderson “Braddock” Silva.

The Dutch-Turkish slugger earned the unanimous decision at ONE: BIG BANG on Friday, 4 December, and kept his dream of winning the ONE Light Heavyweight Kickboxing World Title alive. 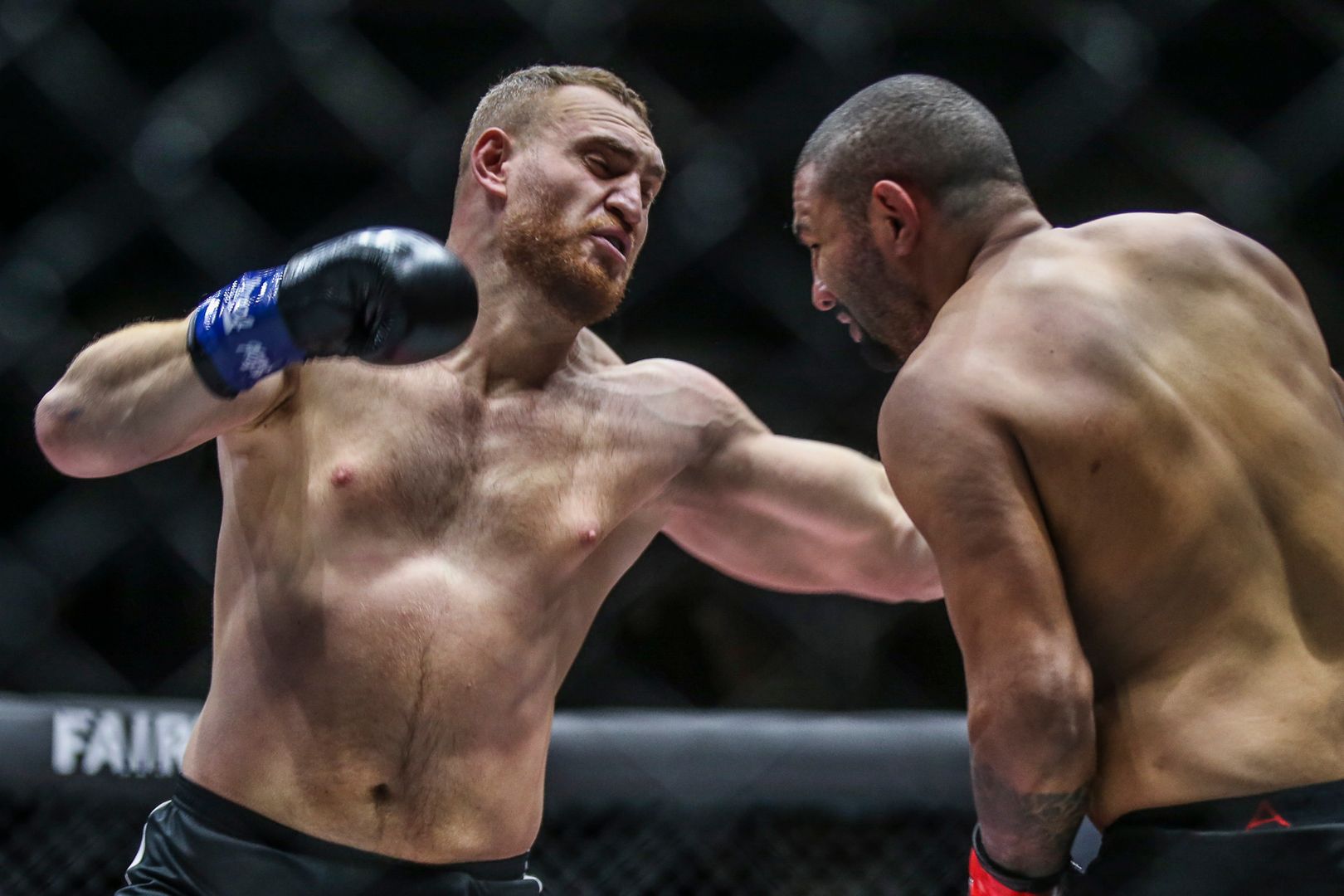 Aygun had prepared to face reigning divisional king Roman Kryklia – who was forced to withdraw due to COVID-19 regulations – but he didn’t look out of sorts despite the late switch to Silva. Instead, he opened the first round in typical fashion as he walked the Brazilian down and looked to land hard punches in close.

“Braddock” tried to fire off inside low kicks to halt his rival’s advance, but he couldn’t as the “The Butcher” unleashed hard hooks, uppercuts, and low kicks. Silva had some success with his counters, particularly the left hook, but still, Aygun marched forward.

Round two started in similar fashion. The SB Gym representative pushed forward behind his jab to score with boxing combinations, while Silva was content to back off and try to land in the openings between Aygun’s offense. Silva’s first few attempts at catching his foe with the left hook counter missed, but the pivotal moment of the round came when “The Butcher” backed out of a combination with his chin in the air.

The Brazilian’s looping shot caught the hulking Dutchman off-balance and sent him down, and the referee administered an eight-count that brought “Braddock” right back into the contest.

Aygun tried to swing the tide back in his favor, but he could not land the decisive shot before the second round ended. That meant it was all to play for in the final stanza, where “The Butcher” dialed up the intensity on “Braddock” in a bid to sway the judges after Silva’s earlier knockdown. He clubbed his way in with hard hooks and uppercuts, and then smashed his right low kick into the Brazilian’s thigh time after time.

A cross-hook combination looked to have Silva reeling, but he fired back. However, Aygun had found his rhythm, and he successfully slipped and evaded most of the Brazilian’s replies.

Though “The Butcher” had controlled most of the bout, Silva’s second-round knockdown meant it was going to be a close decision. Still, all three judges believed Aygun had done enough to win, and he earned the unanimous decision nod. Aygun is now 17-1 as a professional, and he will surely get his well-deserved World Title shot when Kryklia is back in action.