6 Of The Best KOs From The Heroes Of ONE: MASTERS OF DESTINY 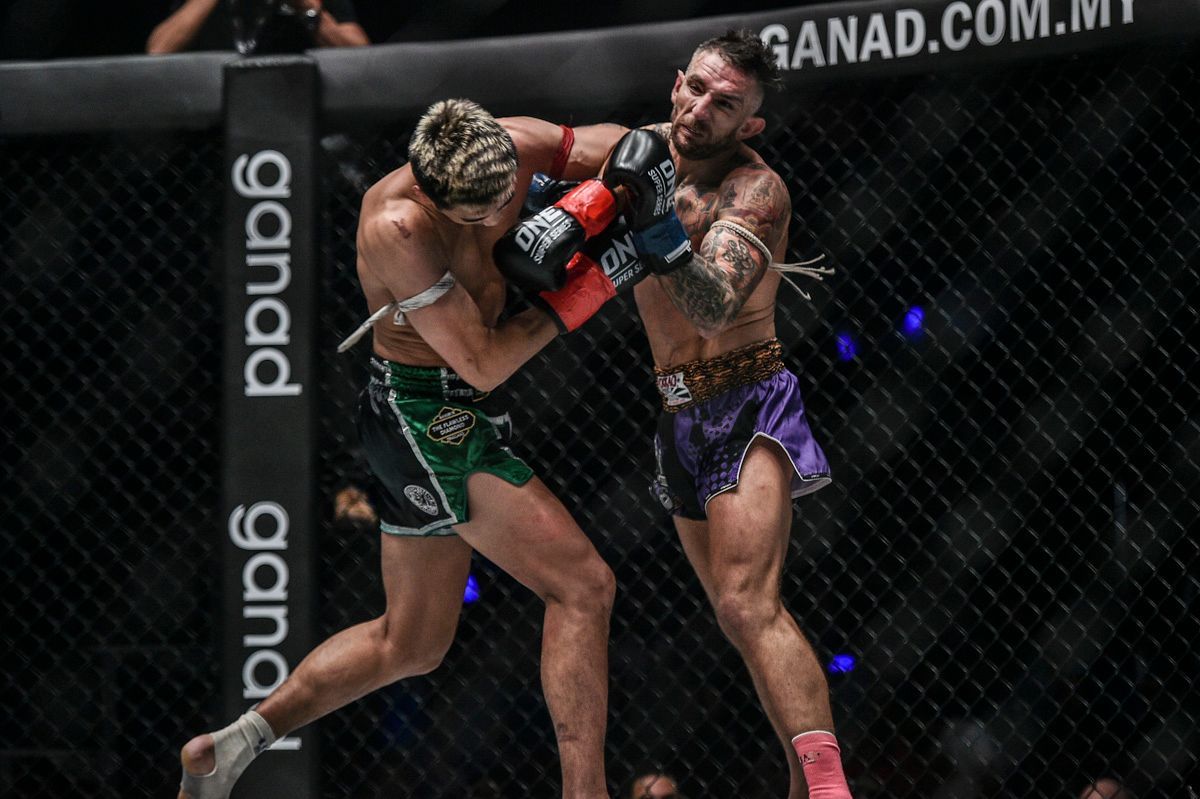 ONE Championship returns to Kuala Lumpur, Malaysia on Friday, 12 July with a card packed full of superstar strikers that can end a match with one blow.

ONE: MASTERS OF DESTINY is headlined by two of the best stand-up martial artists in the world as Giorgio “The Doctor” Petrosyan and Petchmorakot Petchyindee Academy have their hugely-anticipated ONE Featherweight Kickboxing World Grand Prix quarterfinal rematch, but they are not the only knockout artists on the bill.

Many of the mixed martial artists that will compete in the Axiata Arena also possess the power in their fists and feet to deliver emphatic stoppages.

These are six of the best knockouts from the world-class martial artists that will go to battle at ONE: MASTERS OF DESTINY.

Petchmorakot Petchyindee Academy and Liam “Hitman” Harrison engaged in an entertaining battle at ONE: DESTINY OF CHAMPIONS that ended with a bolt from the blue.

The Englishman worked well in round one with his boxing and kick-counters, but Petchmorakot found his range in the second stanza and set up one of the most dramatic finishes so far in ONE Super Series.

The two-division Lumpinee Stadium Muay Thai World Champion stepped in with a jab and used his lead hand to pull Harrison’s right hand down to create an opening. He then stepped in with a thudding left elbow that dropped “Hitman” to the canvas.

The eight-time Muay Thai World Champion did everything in his power to recover, but the strike was so powerful, he could not meet the referee’s count.

What new layers to her striking game will Angela Lee showcase in Singapore?

What new layers to her striking game will Angela Lee showcase in Singapore?Singapore | 18 May | LIVE and FREE on the ONE Super App: http://bit.ly/ONESuperApp | TV: Check local listings for global broadcast | Tickets: http://bit.ly/oneunstoppable18

“Unstoppable” Angela Lee is most known for her incredible submission repertoire, but she put in her best kickboxing display in her first ONE Women’s Atomweight World Title defense against Jenny “Lady GoGo” Huang.

At ONE: WARRIOR KINGDOM, the Singaporean landed a constant stream of strikes on her rival for two rounds, and then dragged her to the mat with a front headlock in the third frame. “Unstoppable” looked to take the back, but then trapped Huang’s left arm with an inside-wrist control and moved to the top position.

With Huang pinned to the canvas and one arm isolated, Lee was free to pound away with hard punches until the referee stepped in to halt the contest.

When Lee returns on 12 July against Michelle Nicolini in a strawweight bout, she has hinted she may go for another TKO to take out the eight-time Brazilian Jiu-Jitsu World Champion.

"E.T." with a MASSIVE kick out of nowhere!

"E.T." with a MASSIVE kick out of nowhere!Bangkok | 6 October | LIVE and FREE on the ONE Super App: http://bit.ly/ONESuperApp | TV: Check local listings for global broadcast | Tickets: http://bit.ly/oneheroes18

When Ev “E.T.” Ting took on against another big hitter in Edward “The Ferocious” Kelly at ONE: ROAR OF TIGERS, the contest was always likely to end with one big blow.

Sure enough, both warriors traded heavy strikes for two rounds and the Malaysian sensation scored with a perfectly-timed kick.

Ting slipped out of the way of Kelly’s side kick attempt, countered with a right hand-left hook, and then disengaged. As the Team Lakay man stepped in to return fire, he cocked his right hand but dropped his left at the worst possible moment.

“E.T.” launched a right roundhouse and “The Ferocious” stepped straight into its path. With nothing there to block it, Ting’s shin connected flush to the side of the Filipino’s head and dropped him face-first onto the canvas for a dramatic knockout.

Ting will return to action against Japan’s Daichi Abe in the lightweight division front of his countrymen in Kuala Lumpur.

Gurdarshan “Saint Lion” Mangat went to war with Toni “Dynamite” Tauru in his promotional debut at ONE: REIGN OF VALOR, and rallied for a finish early in the final round.

Mangat dropped his Finnish rival with an overhand left early in the stanza, which set the stage for a stoppage moments later.

With his rival still reeling, the Indian hero kept the pressure on with a takedown and ground and pound. When Tauru tried to work to his knees to escape, Mangat landed a devastating knee to the side of the head, and then a series of hammerfists to finish the match.

“Saint Lion” will step back into the ONE Circle in a flyweight bout against Abro “The Black Komodo” Fernandes in Malaysia.

Eto was one of the most highly-touted athletes to get a spot on the card, but “Crazy Dog” relentlessly attacked his rival with strikes from the first bell and dropped him with a head kick and then a left hand.

To finish the match, he swarmed Eto with punches until he hit the canvas again, and the referee waved off the contest. It was enough to earn him a spot on the main roster and a six-figure contract in the world’s largest martial arts organization.

The Japanese athlete rebounded with three straight arm-triangle choke submission wins to earn his spot alongside his old rival, and they will face off again in a rematch at ONE: MASTERS OF DESTINY.

Adrian “Papua Badboy” Mattheis has arguably the heaviest hands n the strawweight division, and he showed off his punching power in an all-Indonesian battle against Angelo “The Unicorn King” Bimoadji at ONE: CONQUEST OF HEROES.

When Mattheis scrambled to his feet from a scramble he immediately took aim with a hard right hand. Bimoadji absorbed the blow and beckoned his rival on, but that was a mistake, as “Papua Badboy” responded immediately.

He followed a jab with a right straight to the body and then a left hook back up top that seemed to stiffen “The Unicorn King.” Mattheis then continued his attack with left hook-right uppercut combination that decked Bimoadji, and a few more punches sealed the deal for the Tiger Shark Academy representative.

The 26-year-old from Jakarta will aim to extend his record for the most finishes in his division’s history when he faces Liu Peng Shuai on 12 July.