Every athlete who stepped inside the ring tried their best to claim a highlight-reel victory in an effort to win a USD$100,000 contract with ONE Championship.

The competition was fierce. While there were 10 dazzling stoppage victories, only one warrior earned a lucrative contract with The Home Of Martial Arts and a spot on the promotion’s main roster.

Here are four of the standout moments from ONE Warrior Series 4.

Eto Wins A Contract With ONE Championship

Japan’s Kimihiro Eto has been an OWS standout, and his brilliant run of dominance has earned him a contract with the world’s largest martial arts organization.

He scored his third straight arm-triangle victory in ONE’s developmental league, but most impressively, it was against ONE Championship veteran Trestle Tan.

The 30-year-old Tokyo resident needed only 49 seconds to dispatch Tan.

Eto quickly hit a takedown in the opening seconds of the lightweight contest, took his opponent’s back, and looked for a rear-naked choke. He quickly switched to his favored arm-triangle submission, locked up the choke, applied pressure, and rendered his Vietnam-based rival unconscious. 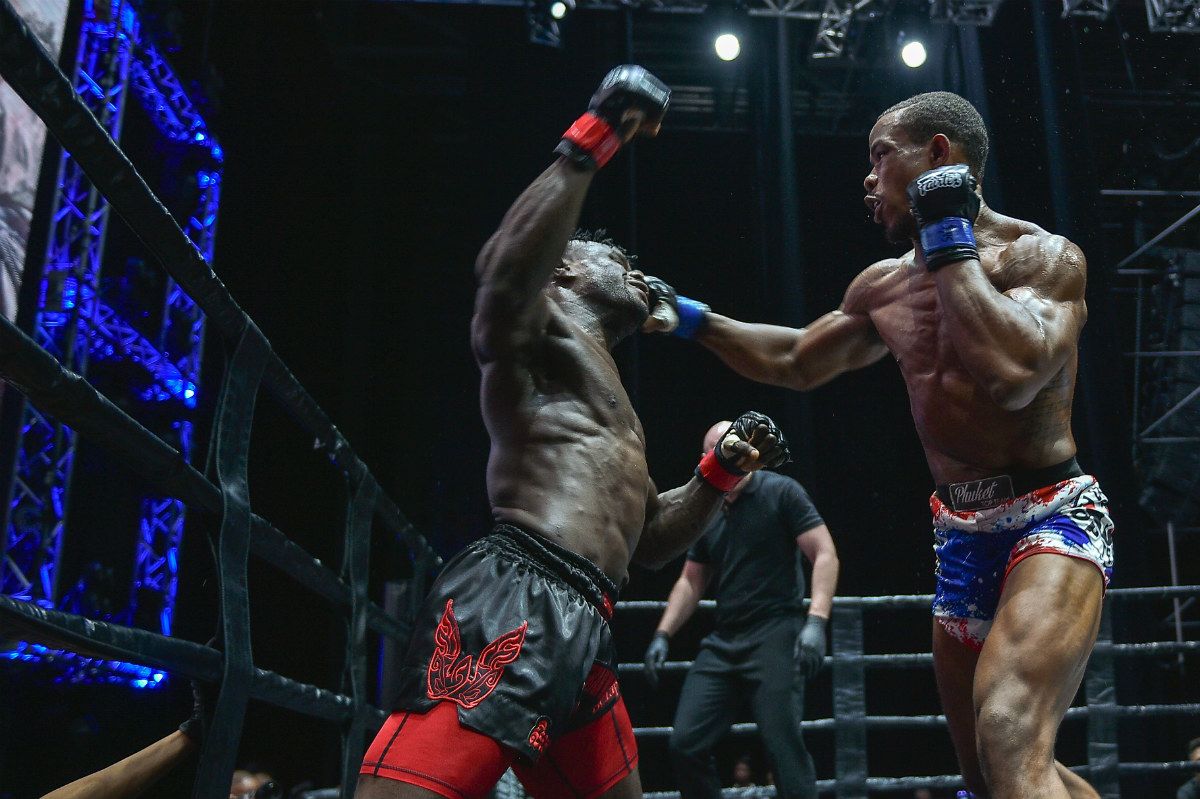 Emmanuel “The Biafran Warrior” Onyedikachi has been one of the brightest stars in OWS. The Phnom Penh, Cambodia-based welterweight has appeared on the first three live events and emerged with an unblemished 3-0 slate.

However, the perfect record was ruined by Devon “Bam Bam” Morris on Thursday.

The American, who competes out of Phuket Top Team in Thailand, used his immense power to knock out his rival in the evening’s final contest.

Morris was swept to the canvas several times in the early going by Onyedikachi’s thunderous low kicks, but he kept applying pressure by using his sharper boxing combinations.

In the second round, “Bam Bam” was landing with even more regularity, and by the halfway point, his leather found the mark repeatedly. “The Biafran Warrior” backpedaled from the punches, but he could not escape the danger. Ultimately, a final right hand crumpled him to the canvas. 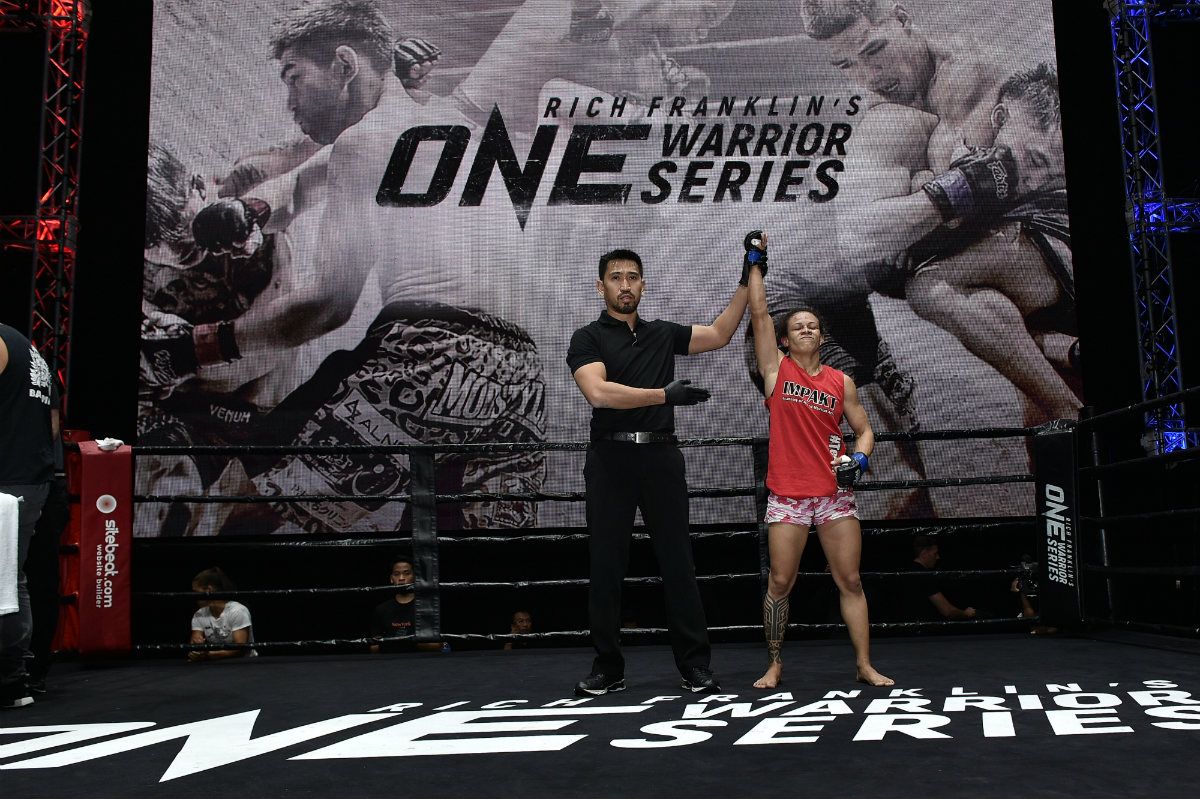 Nyrene “Neutron Bomb” Crowley and Michele Ferreira engaged in a ferocious three-round women’s atomweight battle that was undoubtedly one of the night’s most exciting contests, and the dramatic ending made it even more memorable.

Despite being a last-minute replacement, she made the most of her opportunity.

At times, the Hong Kong-based athlete’s striking caused some issues for “Neutron Bomb” in the opening two stanzas. However, the Bali MMA-trained Kiwi’s grappling and ground acumen saw her in the driver’s seat for most of the contest — until the bell sounded for round three, that is.

Right when Crowley shot in for a takedown, Ferreira unleashed a left kick, which dropped her rival to the canvas. The Impakt representative landed some follow-up punches to pick up a huge knockout victory.

Adiwang Gets Another First-Round KO 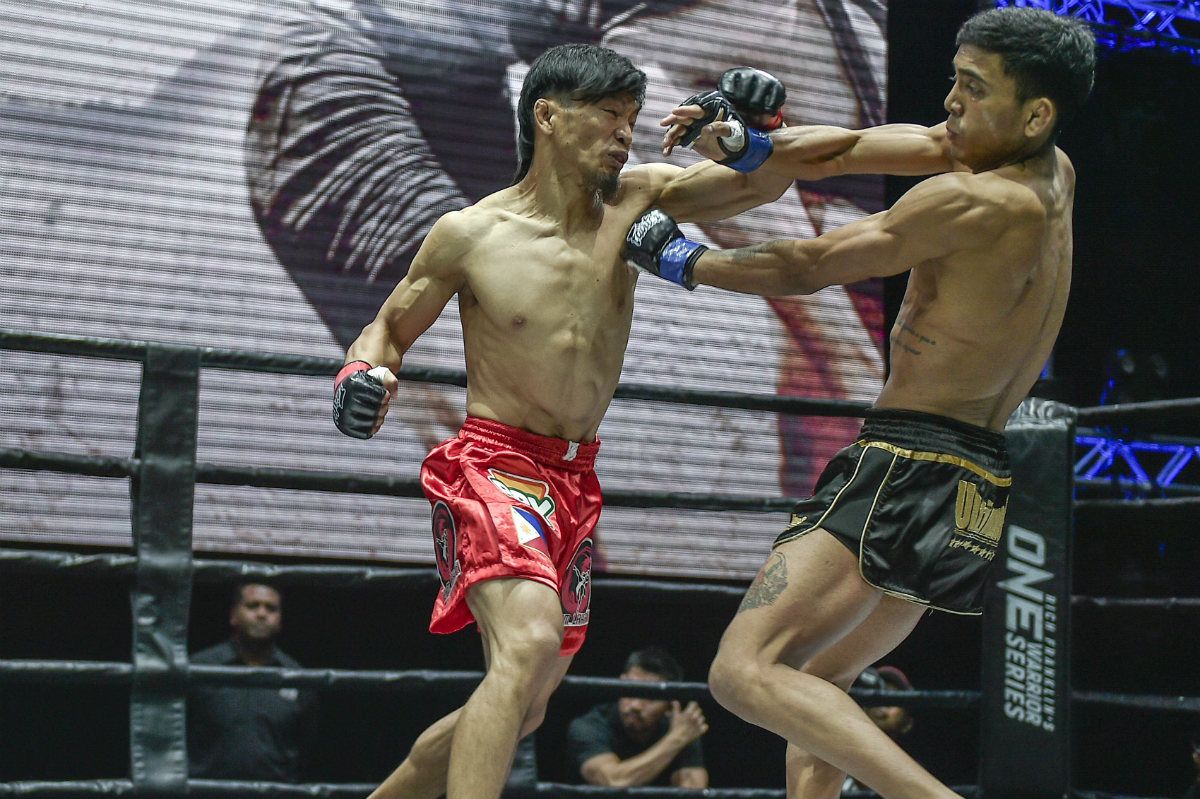 The Team Lakay man stopped Impakt’s Alber Correia Da Silva in 45 seconds, and he looked every bit as impressive as his World Champion teammates in the familiar red shorts. In fact, the commentators described him as a “mini Kevin Belingon.”

Adiwang surged across the ring with a left hook that narrowly missed the mark, but the straight right that came after it did not, and Da Silva fell to the mat.

In a style extremely reminiscent of the ONE Bantamweight World Champion, complete with flowing mullet, Adiwang continued to pummel away with hard ground and pound to get the finish.