“Unstoppable” Angela Lee is fired up to get back to work and put on a show in the ONE Championship Circle.

That is why the ONE Women’s Atomweight World Champion has decided to stay in the strawweight division so she can compete at ONE: MASTERS OF DESTINY in Kuala Lumpur, Malaysia.

The 22-year-old from Singapore is never one to shy away from a challenge, so she will take on multi-time Brazilian Jiu-Jitsu World Champion Michelle Nicolini at the Axiata Arena on 12 July.

As a BJJ black belt in her own right, Lee is confident she can put the Brazilian in danger whether the contest plays out on the feet or on the ground, and give her a win that will give her some momentum ahead of her next World Title defense.

Ahead of that showdown in July, Lee breaks down how she thinks she can tackle Nicolini, how she has improved since her last match against ONE Strawweight World Champion “The Panda” Xiong Jing Nan, and her plans to defend atomweight gold before 2019 is finished.

ONE Championship: How excited were you to make a quick turnaround and get right back in the Circle?

Angela Lee: I was really happy to get another fight after the March one. I kind of wanted to stay active this year regardless of what happened in Japan.

I’m taking another fight in the strawweight division, but I’m definitely looking to drop back down to atomweight to defend my World Title before the end of the year against whoever that challenger may be.

ONE: Why did you decide to stick around at strawweight this time?

AL: I just wanted a quick turnaround. I didn’t take any damage in that last fight – just a couple of bruises here and there.

I just wanted to stay busy and shake it off. My last fight, it was over a year since I fought in the cage, and I just felt like I needed to jump back in there and dust myself off again.

ONE: What are your thoughts on facing a Brazilian Jiu-Jitsu legend like Michelle Nicolini?

AL: I am excited. I think it’s a great match-up. She has a lot of credentials behind her in her jiu-jitsu background. I knew our paths were going to cross at some time after she started fighting for ONE.

Desire. Dedication. Determination. ONE Atomweight World Champion Angela Lee does whatever it takes to become a World…

ONE: Do you look at the win from Tiffany Teo as a bit of a blueprint on how to deal with Nicolini?

AL: In the fight she had with Tiffany, [Teo’s] coaches did a great job of making a great game plan for her and she stuck to it.

She obviously respected Michelle for where she is strong, which is her jiu-jitsu and her ground game, and she dealt with that. She kept the fight on the feet, and that’s pretty much how it went for all three rounds. I think it was really smart of them.

Obviously, Michelle is a specialist in jiu-jitsu, but I don’t think she’s had enough time to develop the rest of the areas in mixed martial arts. Of course, my team and I are preparing for what she specializes in, and we’re ready to deal with that, but we’re also ready to make this a mixed martial arts fight.

I think we’re going to take a slightly different approach [to Teo]. I’m not looking to kind of grind her out for all three rounds. I think I’m going to bring it to her, and I’m ready to end [the bout] whenever I can. Hopefully, it’s earlier rather than later.

ONE: As a Brazilian Jiu-Jitsu black belt yourself, how comfortable do you feel testing yourself against Nicolini on the ground?

AL: I’m confident that I can neutralize her ground game and take it to where I’m strong. We have different styles on the ground. I know where she’s a threat, and I know where I’m a threat as well.

I  think it’s just about being smart and it’s not an ego thing. I’m not trying to beat her at her own game. I’m just trying to win the fight.

ONE: You’ve worked a lot on your striking game over the past few years, so how good would it feel to get a knockout?

AL: That would be amazing. I’ve had a TKO in my career, but a clean knockout would feel really great. We’ve been working on my striking and rounding off that part of the game. Who knows – anything can happen.

I think [my performance] is going to show. I’m working really hard to humble myself and grow as much as possible. I know that I’m far from a perfect fighter. I’m far from complete.

There’s so much learning to be done still, and I’m going to step into that ring [like it is] the first time, and I think I’m going to be a fighter with a new purpose and a new drive.

ONE: What was the biggest thing you took away from that contest with Xiong?

AL: Of course, starting my career and going through each fight, I wanted to keep my record unblemished. I wanted to stay undefeated. That’s a really tough thing to do. I’m proud of myself for getting as far as I did.

It’s unfortunate, these things happen. Originally, we were scheduled to fight in November in Singapore, and that fight got postponed because my back got injured in that camp. Since that back injury, I’m not making any excuses, but we did stay away from a lot of the running that I would do to get down to [atomweight].

Because my walking weight was closer to [strawweight], we focused a lot more on the technique and strategy, and that was on me. It’s definitely something I’m going to learn from and not let happen again.

We’re definitely making adjustments in my game plan and working on my cardio in different ways – just being smarter about it and working with what I’ve got.

The ???? 10 moments in ONE Atomweight World Champion Angela Lee's incredible career thus far! Which is your favorite?

The ???? 10 moments in ONE Atomweight World Champion Angela Lee's incredible career thus far! Which is your favorite?Download the ONE Super App now ???? http://bit.ly/ONESuperApp

Posted by ONE Championship on Tuesday, June 4, 2019

ONE: Do you feel like you will cross paths with her again one day?

AL: Definitely. I think there is unfinished business there. There were talks about her coming down to atomweight. I know I definitely want a redemption fight.

I’ll jump on the opportunity when I get it. I know I have to defend my atomweight World Title this year, so we’ll just see who the top contender is at that time.

ONE: We’ve seen Mei Yamaguchi have several big wins lately and you also mentioned Xiong, so do you see them as the most likely challengers for your World Title later this year?

AL: I’m not really sure who ONE Championship will want to match up for that World Title defense. Other than those two names, I don’t see anyone else as a top contender right now. I’ll leave that up to the organization.

I really don’t have any preference. I know I’m going to get around to Xiong eventually, whether it’s this year or the next. 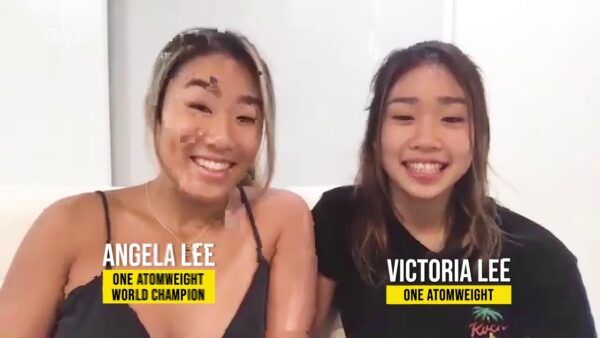