Tomorrow, the global fan base will witness the biggest middleweight fight of the year.

On Friday, 30 October, two-division ONE World Champion Aung La “The Burmese Python” N Sang will defend his middleweight belt against undefeated contender Reinier “The Dutch Knight” De Ridder at ONE: INSIDE THE MATRIX in Singapore.

However, nothing will come easy against the fearsome De Ridder, who holds a spotless 12-0 record and an identical 92 percent finishing rate. The Dutchman has only gone the distance once – in his most recent fight against five-time Muay Thai World Champion Leandro “Wolf” Ataides, whom he defeated via unanimous decision.

Fans and fighters alike have been waiting anxiously for this colossal clash. With that in mind, we asked ONE Championship’s finest athletes to give their thoughts and predictions for the ONE Middleweight World Title showdown. 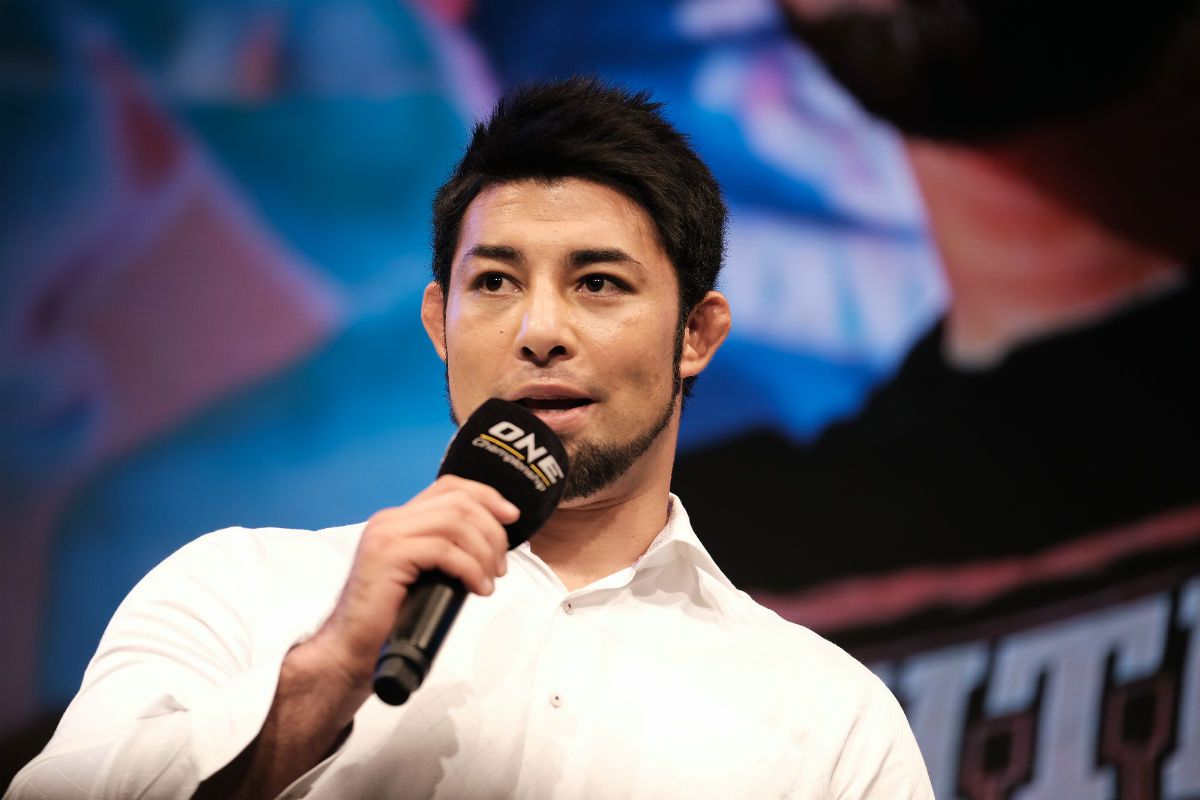 “The most impressive thing about Aung La N Sang is that he has a tough mentality and body. He makes use of those strong points to keep fighting in a calm manner. And from my experience, he is strong in the second half of the match.

“My impression of De Ridder is that he’s a big guy with strong submissions. He has a perfect record and has never lost a fight, and he can fight recklessly. Using his long limbs, he has strong submission skills.

“I think the key to this bout will be if Aung La N Sang can defend the takedown of De Ridder. The result of the bout will also depend on if De Ridder can be on top, but if they keep everything standing, I think Aung La N Sang will knock him out in the third or fourth round.” 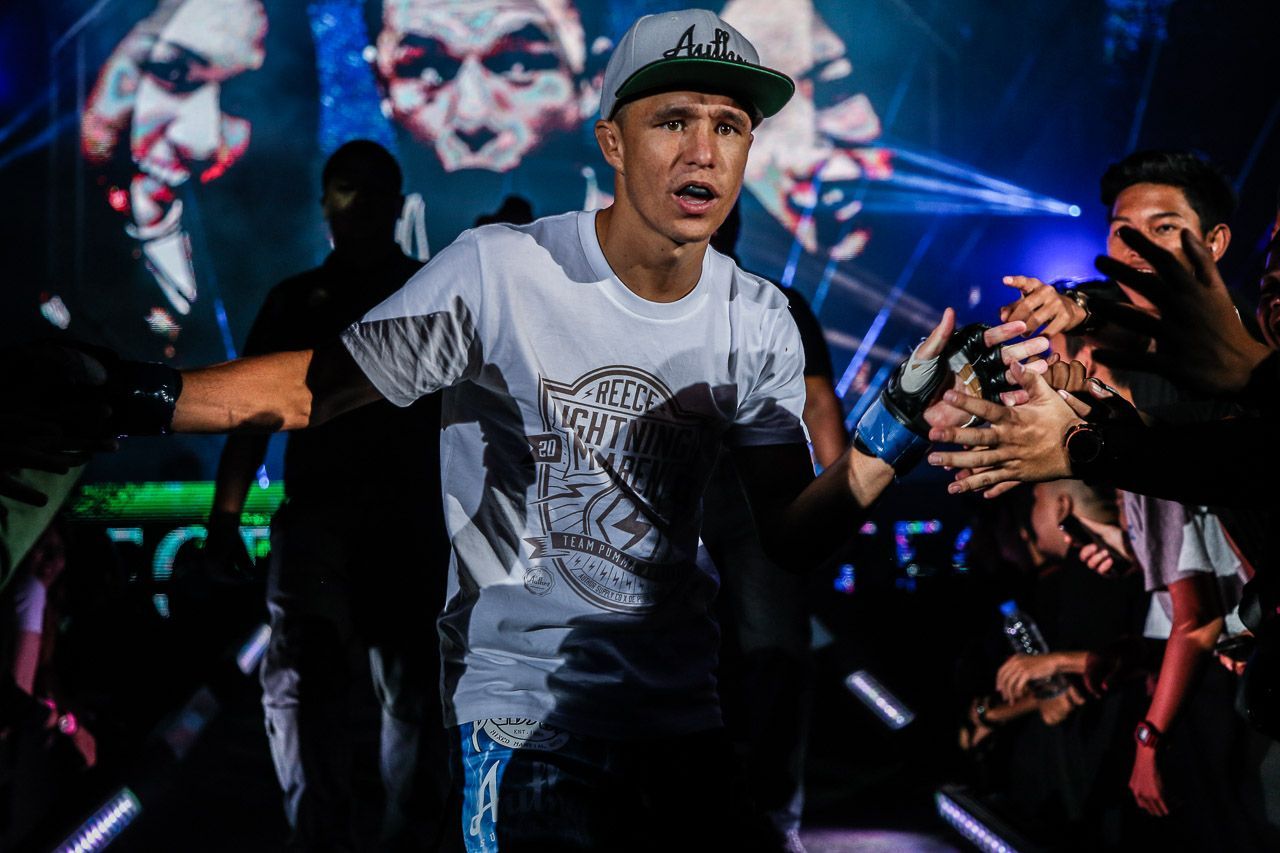 “‘Excited’ is the first word that comes to mind! Fans should be ready for a war! I see Aung La doing what Aung La does best – walking forward and wearing everyone out. I think Aung La wins by TKO.” 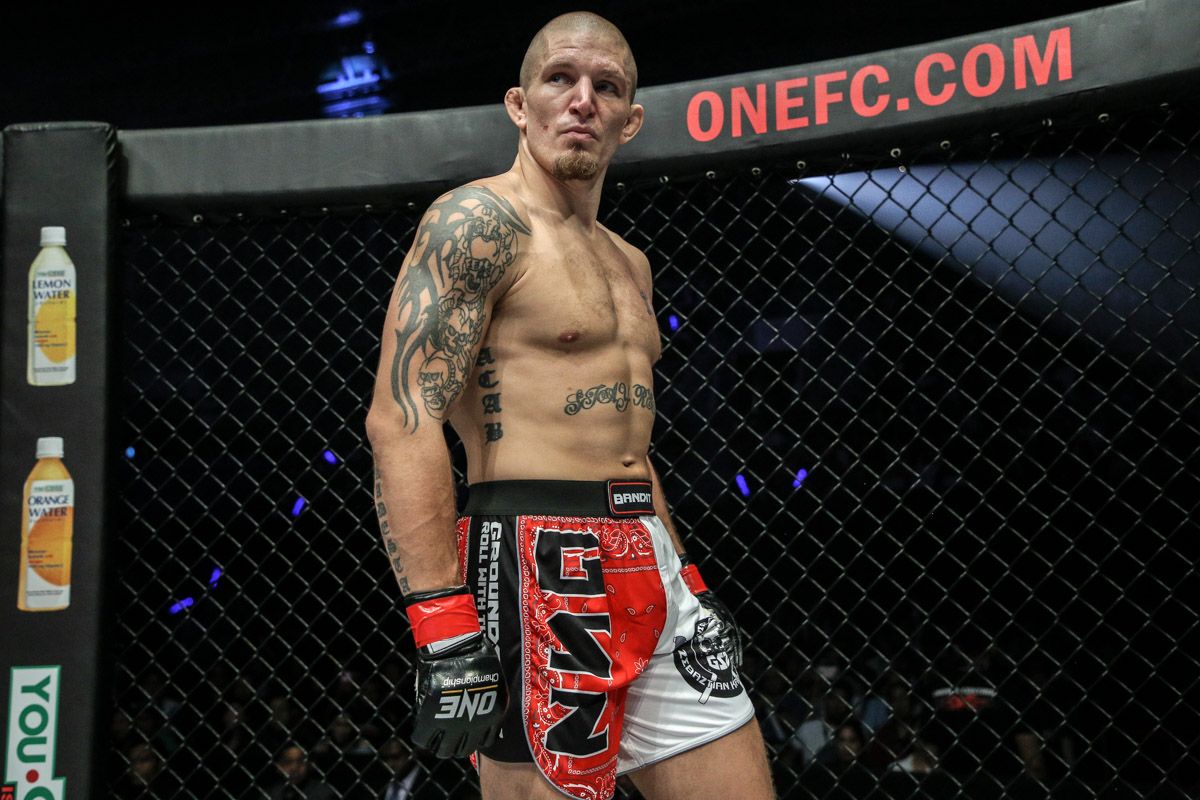 “I’m behind Aung La N Sang in this one. I think his striking is on another level and believe he will get the TKO win in the later rounds. But Reinier is really good and that undefeated mindset is what’s going to make this fight real interesting to watch!”

“I take Aung La N Sang to retain his ONE Middleweight World Championship.

“I always watch Aung La N Sang’s bouts, so I know his capability in striking and on the ground. It’s great! He has more experience than undefeated Reinier De Ridder. In addition to that, moving back down to middleweight is one of the Myanmar icon’s advantages, as he will have faster punches and keep a fast pace.

“I think he prepares a lot before a bout, and you all will see the best fight of the year from Aung La N Sang. I think he will win over the Dutchman.” 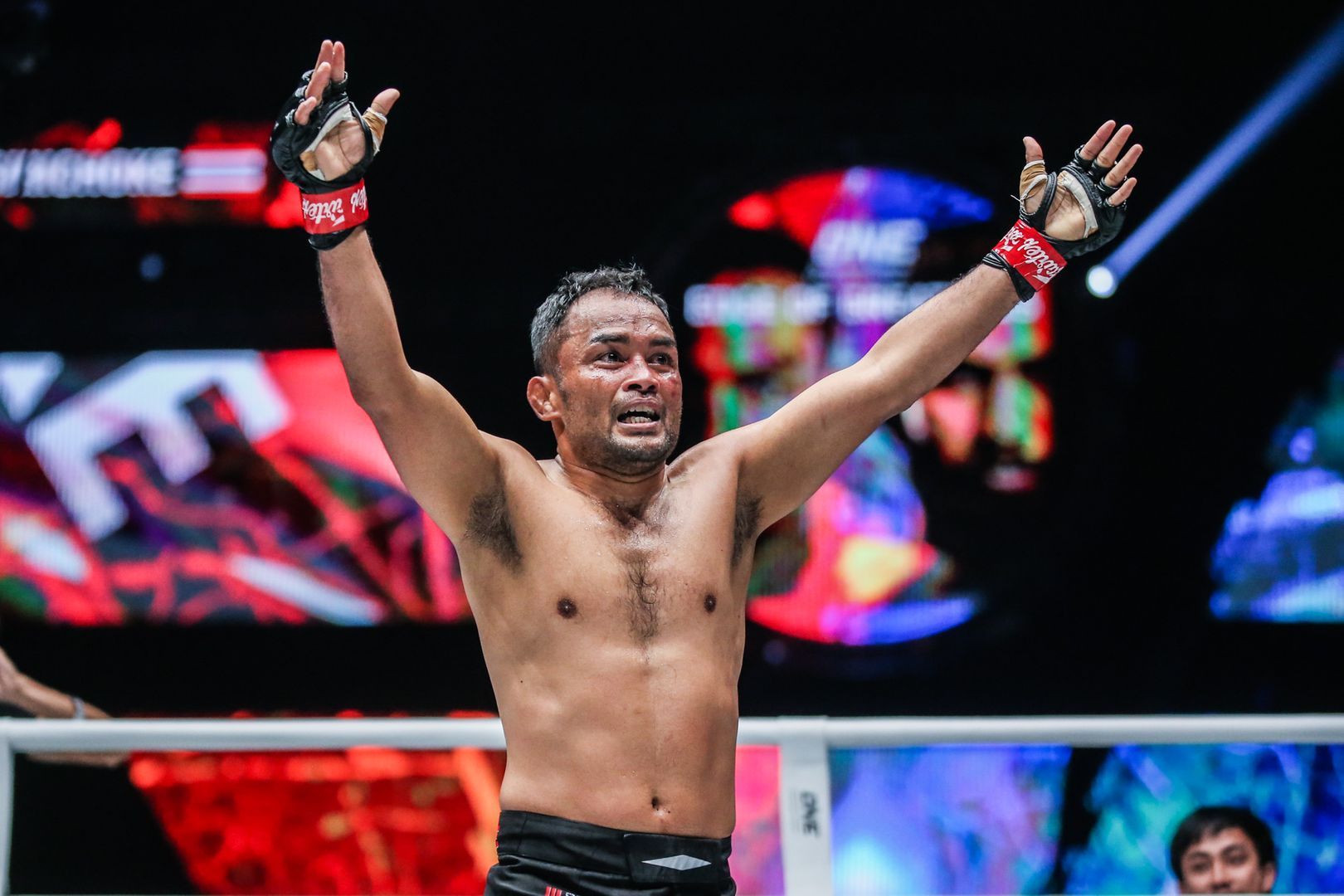 “Aung La N Sang stole my heart in his fight with Brandon Vera. He is a veteran fighter with deliberate, heavy weapons in his arsenal and has undergone rapid development. I’ve been following him since his debut. His fist will do the trick to finish Reinier De Ridder, for sure.” 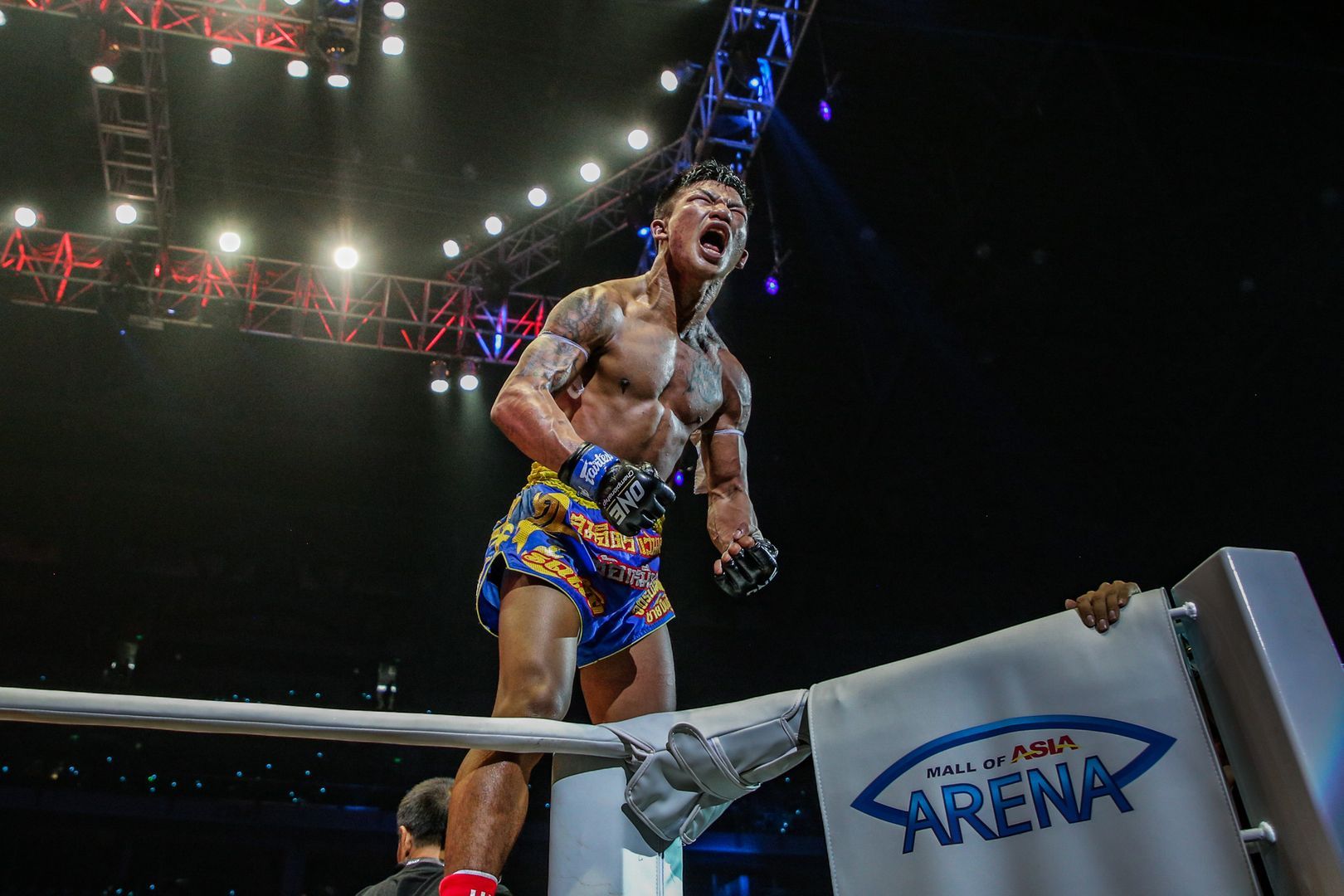 “I got to know Aung La during the ONE Elite Retreat in Phuket. Since then, we’ve become good friends and we chat every now and then. I also got to compete in the same event as him a few times. He’s quite a nice guy, very friendly. We always chat on social media.

“Aung La is a tough fighter with a lot of heart. I never see him give up in any fight, no matter how hard things get for him. He’s the same kind of fighter as I am. We don’t have any quit in us. We both have the same goal, which is to keep fighting and winning, and working hard to be the best.

“I have a feeling this will be a very close fight. Overall, I think Aung La is the more well-rounded fighter, and he should have a few key advantages. Even as a Muay Thai athlete myself, I can sign off on Aung La’s striking. He’s a tough fighter with good skills. It’s hard to pick a winner for this fight, but Aung La might be the one. Let’s see.” 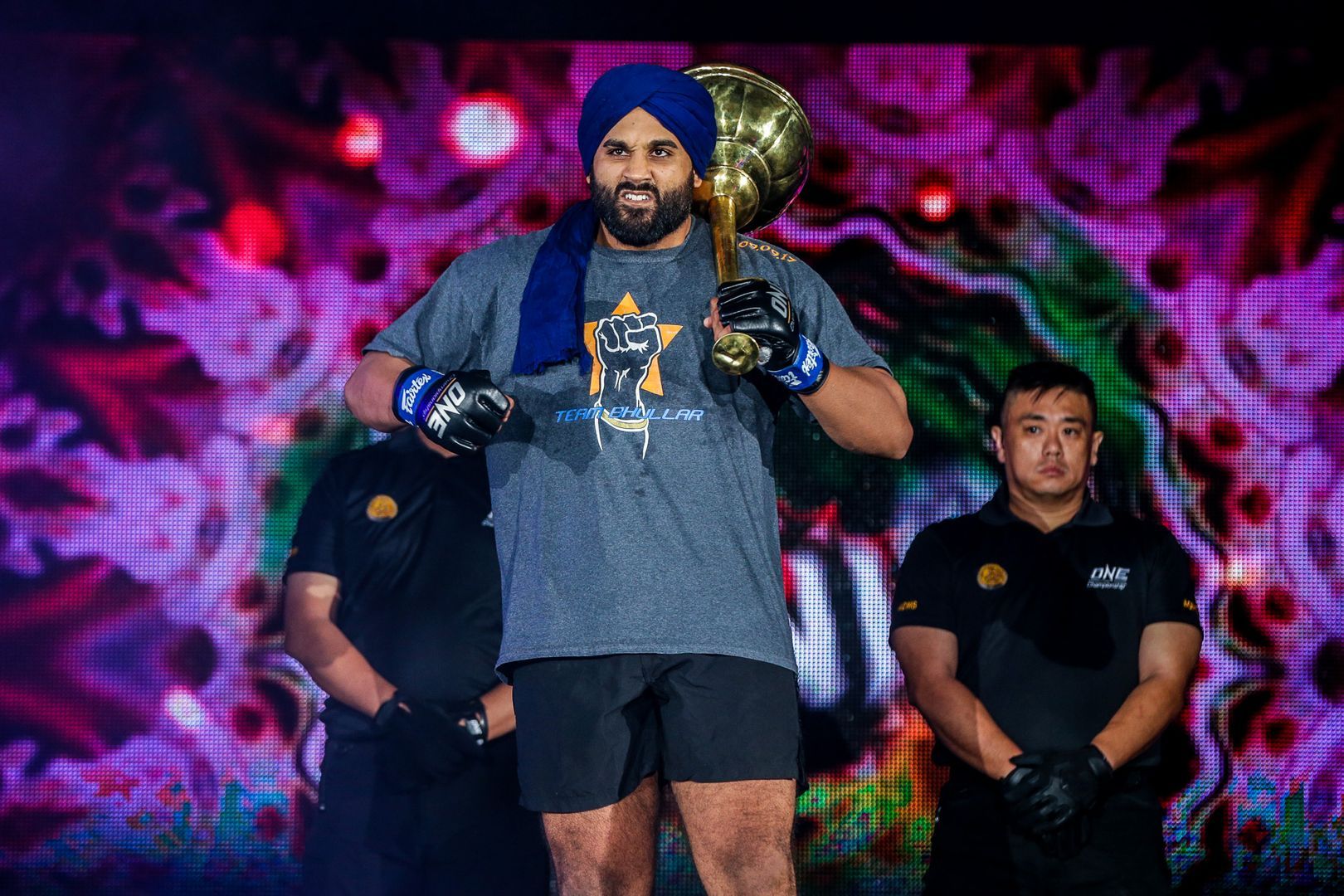 “I think Aung La is from a great camp and although De Ridder has been undefeated, I don’t think he has faced a competitor like Aung La or has trained with the level of athletes Aung La trains with on a regular basis.

“I think it’s going to be a great fight. De Ridder is a bit unorthodox and he’s going to show up to win, but I think this could be out of his league. Aung La will win this fight.”

“I’ve seen Aung La fight, and he’s a savage. The thing I like most about Aung La is his character. He’s got really high character. It’s just one thing I’ve always noticed about him. He’s always taken a second to say hi to me and introduce himself. I’ve seen him around at some shows, and he seems like a really nice guy.” 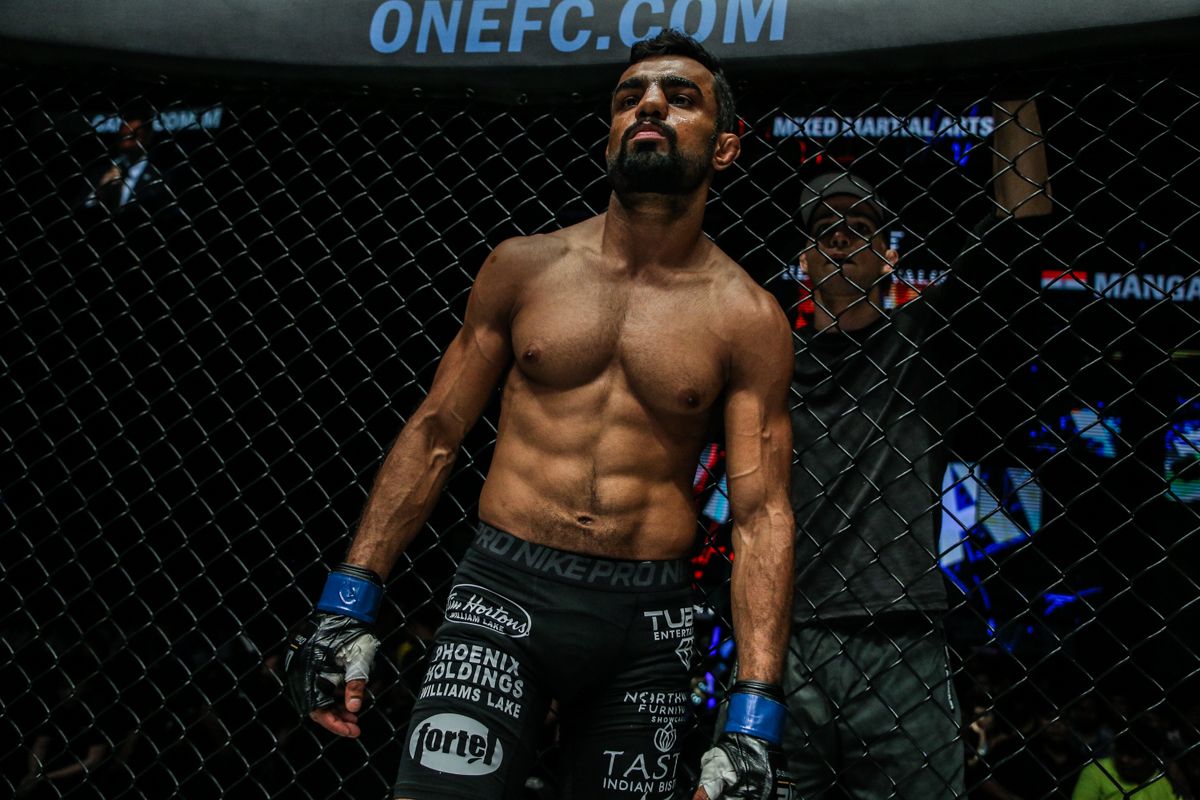 “I think Aung La N Sang will have an amazing performance, like always. He is a true champion of what he represents, the Myanmar people. For someone who is fighting for more than himself, he is always the stronger fighter. I just think he brings this pace and pressure that makes it exciting.

“I know he is fully prepared with all the people he is surrounded by, and he trains with the best guys. I am going with Aung La, and I think it could be a submission victory.” 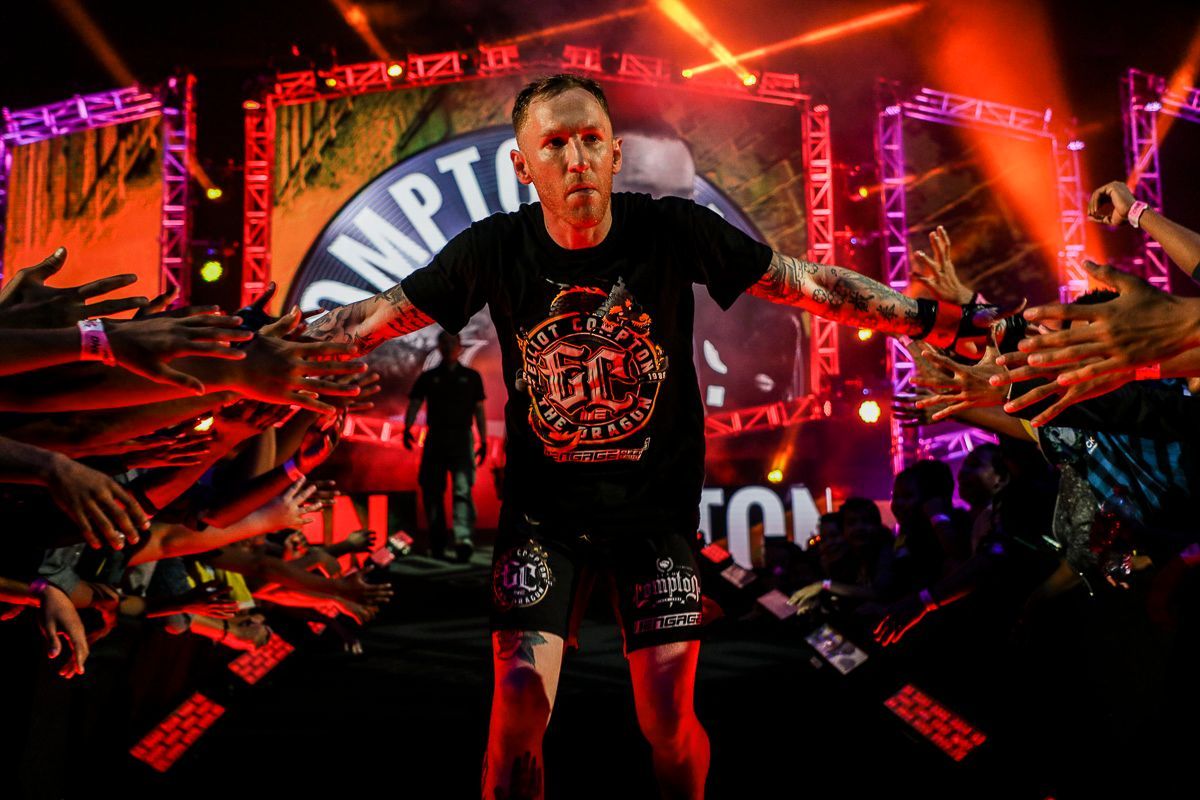 “This matchup is so exciting. Aung La N Sang is one of the greatest middleweights in history, but De Ridder is an undefeated prospect with an exciting fighting style. Both of these men have many phenomenal knockouts on their resume, but also boast some impressive submission victories.

“I think this bout will begin as a stand-up battle with both athletes trading big blows early on. But I believe Aung La will draw on his championship experience and start to mix it up with takedowns, sweeps, and his grappling game to wear De Ridder down. And then, he’ll look for a KO in the later rounds like we saw in the first Ken Hasagawa bout.” 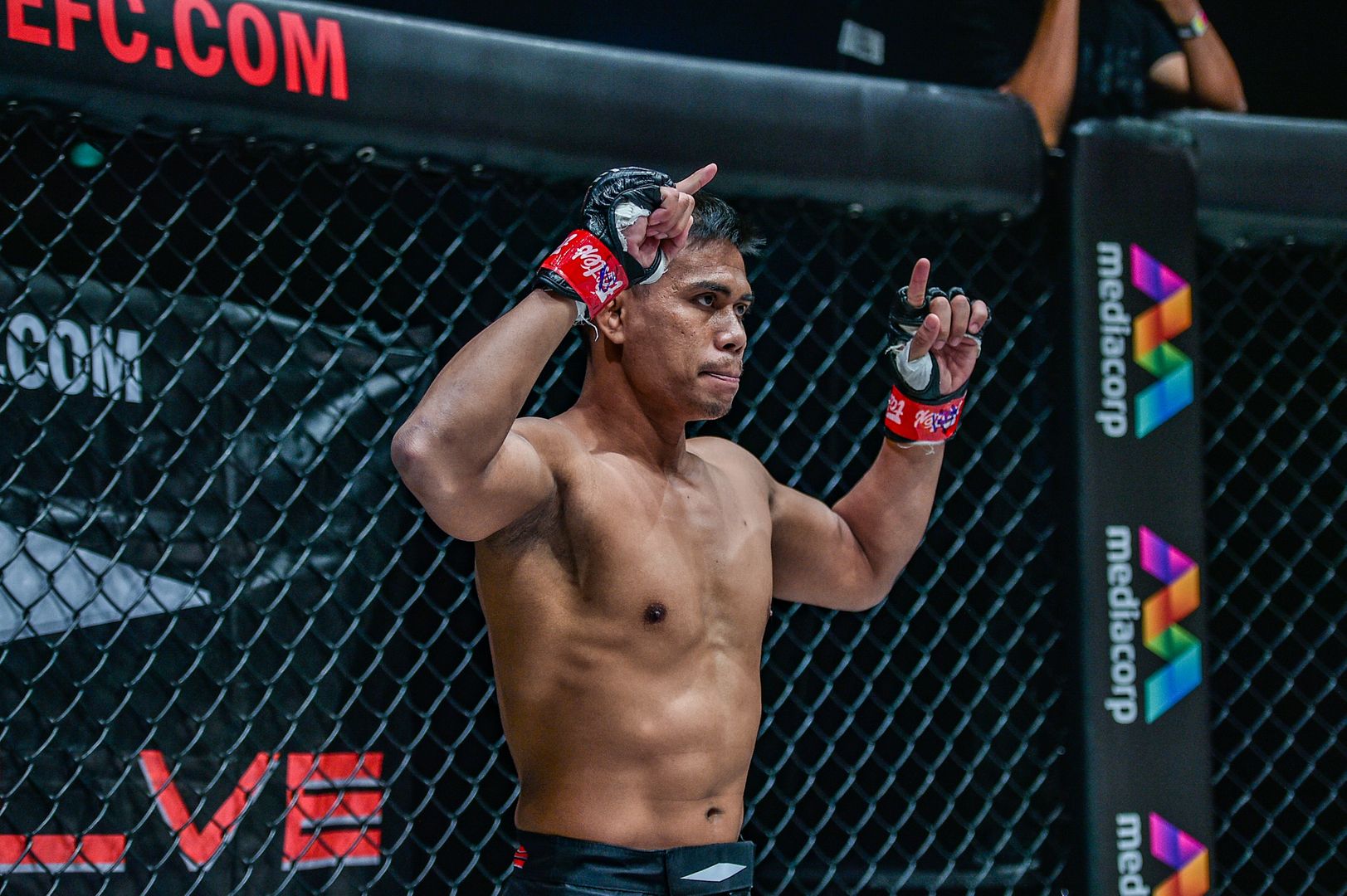 “This is what I have been looking forward to since I was there when De Ridder called out Aung La in Jakarta [at ONE: WARRIOR’S CODE]. It will be a classic bout between a striker versus a grappler since Aung La will maintain the distance while presenting danger in the stand-up position. Meanwhile, De Ridder will look for takedowns.

“I think De Ridder’s chance of winning is higher on the ground. If he could find a way to take Aung La down, we might see a submission finish. On the other hand, Aung La is dangerous if he can land those heavy strikes.” 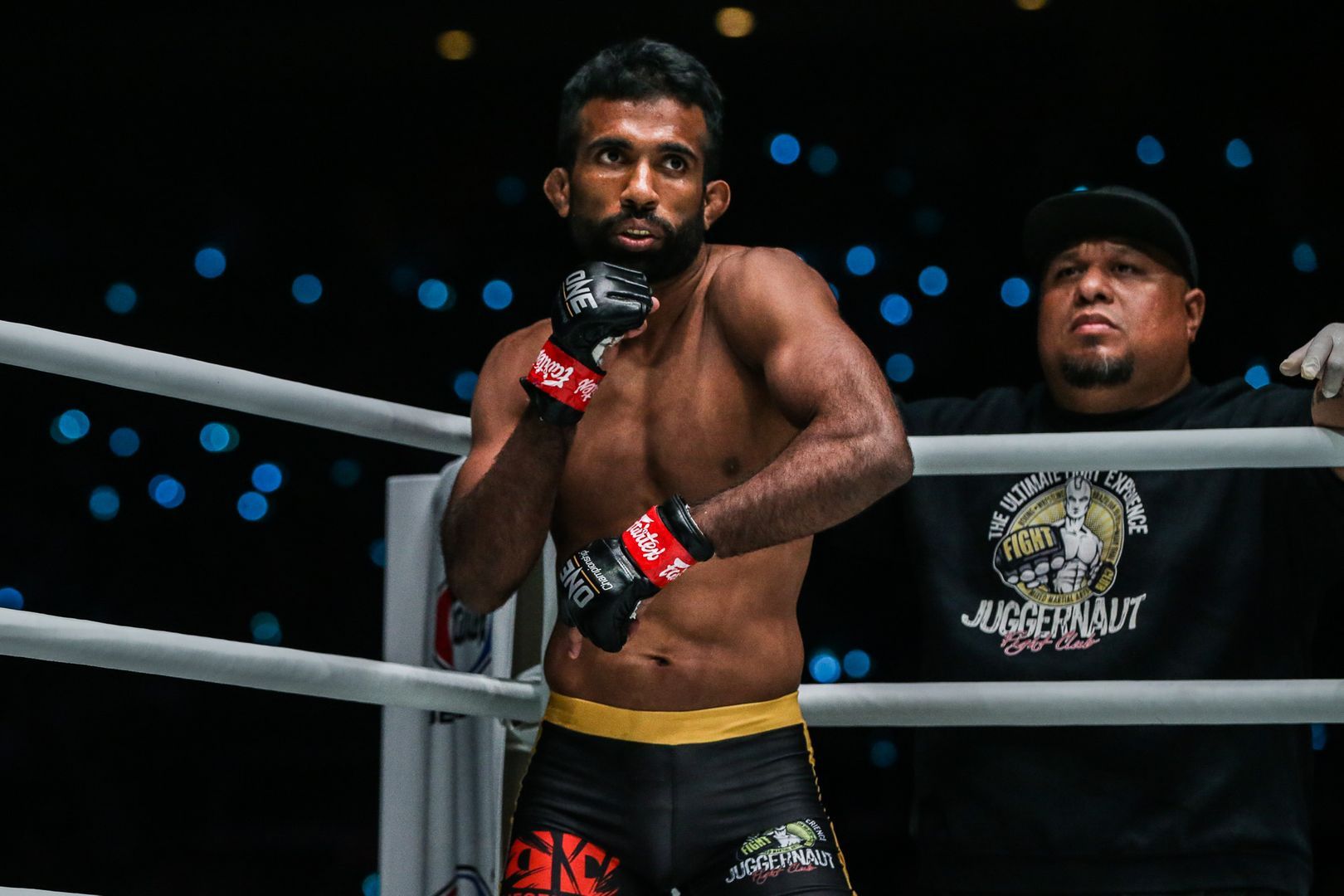 “I am a huge Aung La fan, so I am rooting for him. I believe he will knock out Reinier in one of the rounds. He will get the job done. For me, he is a complete, well-rounded martial artist.” 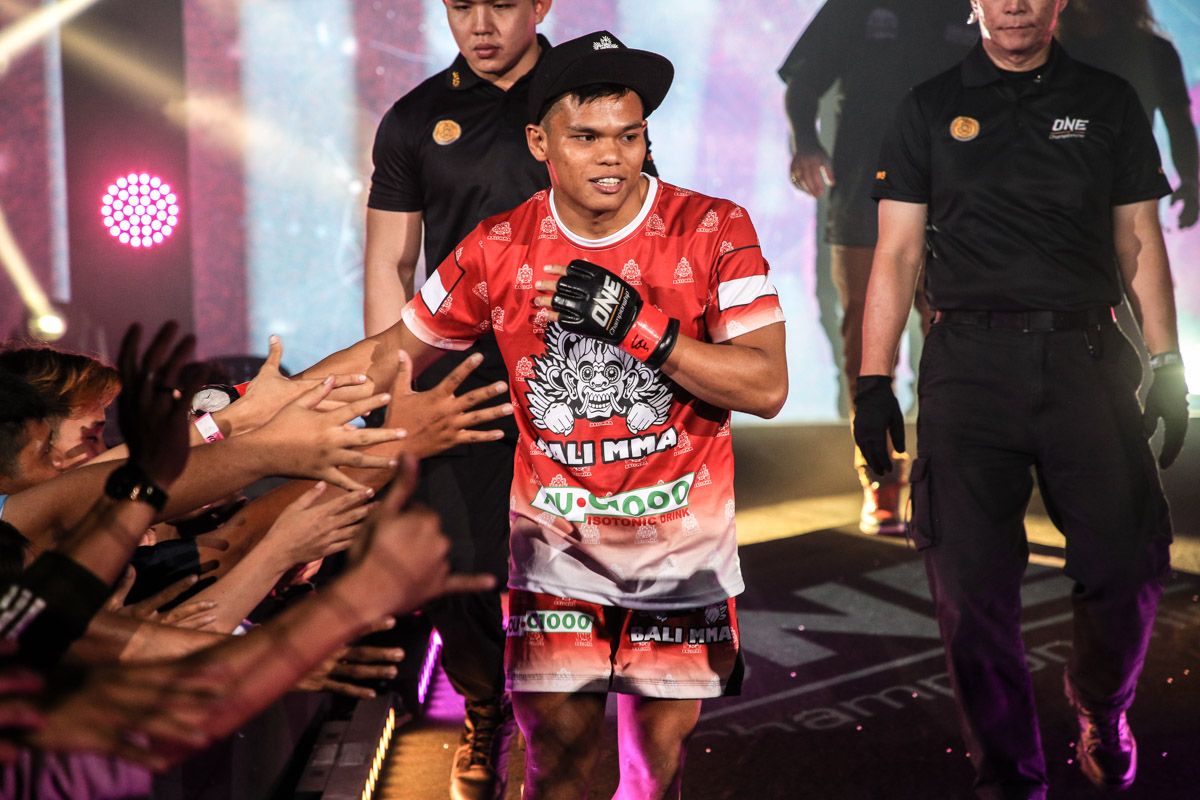 “This is an insane card filled with global superstars. Fans are not the only ones who are craving for action. Us fighters want to see these matchups, too!

“De Ridder is 12-0, so we know his level. But I’d say Aung La will still be the champ. This man was unfazed no matter how hard he got hit when he faced Brandon Vera ­– he just stood there receiving damage and kept charging forward as if nothing happened.” 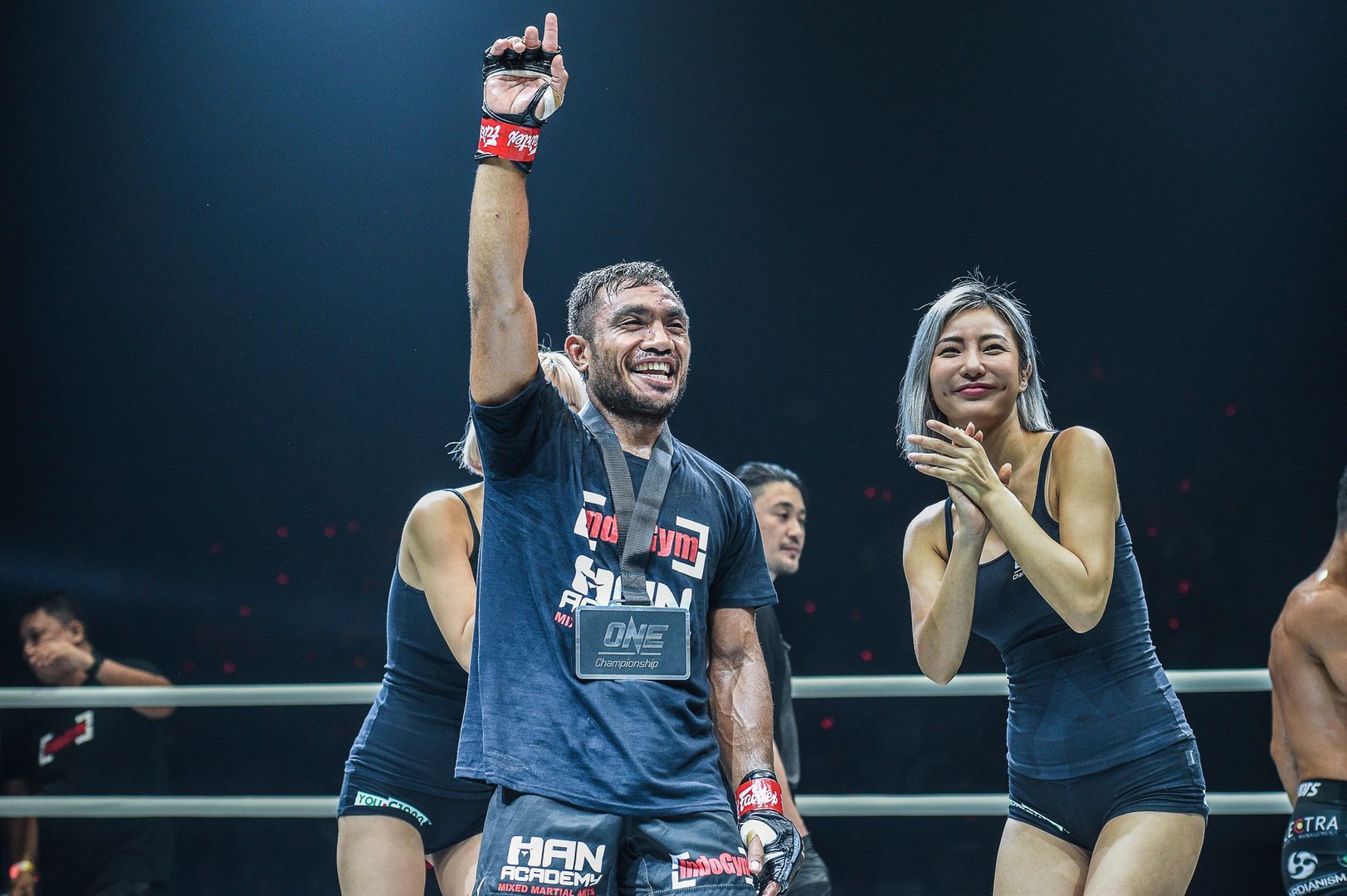 “I think they have an equal chance of winning. De Ridder is terrifying on the ground, but his striking is good, too. Meanwhile, Aung La’s grappling is also good, not to mention his massive strikes were what gave him the win over Brandon Vera.

“That being said, if Aung La can keep the fight on the feet, he’ll likely give De Ridder his first career loss.”

Read more: Reinier De Ridder’s Path From The Netherlands To The Cusp Of History