DEEP Openweight World Champion Ken Hasegawa began his martial arts journey with judo in high school, training alongside a friend who was on the school competition team. He competed in “the gentle way” through college, and he even joined a corporate team after graduation as a third-degree judo black belt.

However, he felt that judo alone was not enough for him to realize his dreams of international martial arts glory. That would all change one day while he was training at a local weightlifting gym, when a friend suggested he try his hand at mixed martial arts. The rest was history, as Hasegawa quickly compiled an excellent undefeated record competing mostly in Japanese promotion DEEP. He quickly defeated a string of veteran opponents to become the promotion’s openweight titleholder, and he began competing in several other divisions in search of a new challenge. A serious injury then threatened to end his stellar career, but Hasegawa’s passion for martial arts proved powerful enough to get him through those tough times before he made a winning return to the cage.

In June 2018, Hasegawa found his way to ONE Championship to test himself against the world’s best martial artists, and he received the opportunity of a lifetime on his promotional debut. He challenged two-division ONE World Champion Aung La N Sang for the ONE Middleweight World Title in the Myanmar hero’s hometown of Yangon, but was ultimately unsuccessful in a five-round thriller that was named the best bout in ONE history. 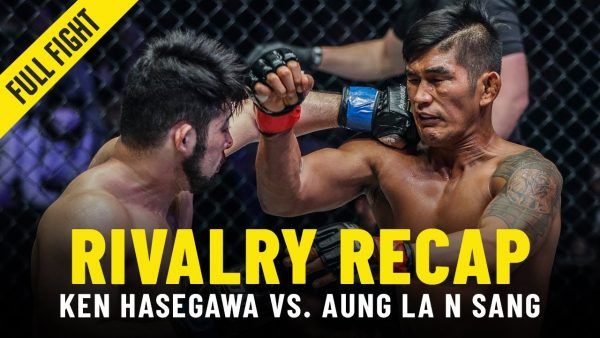