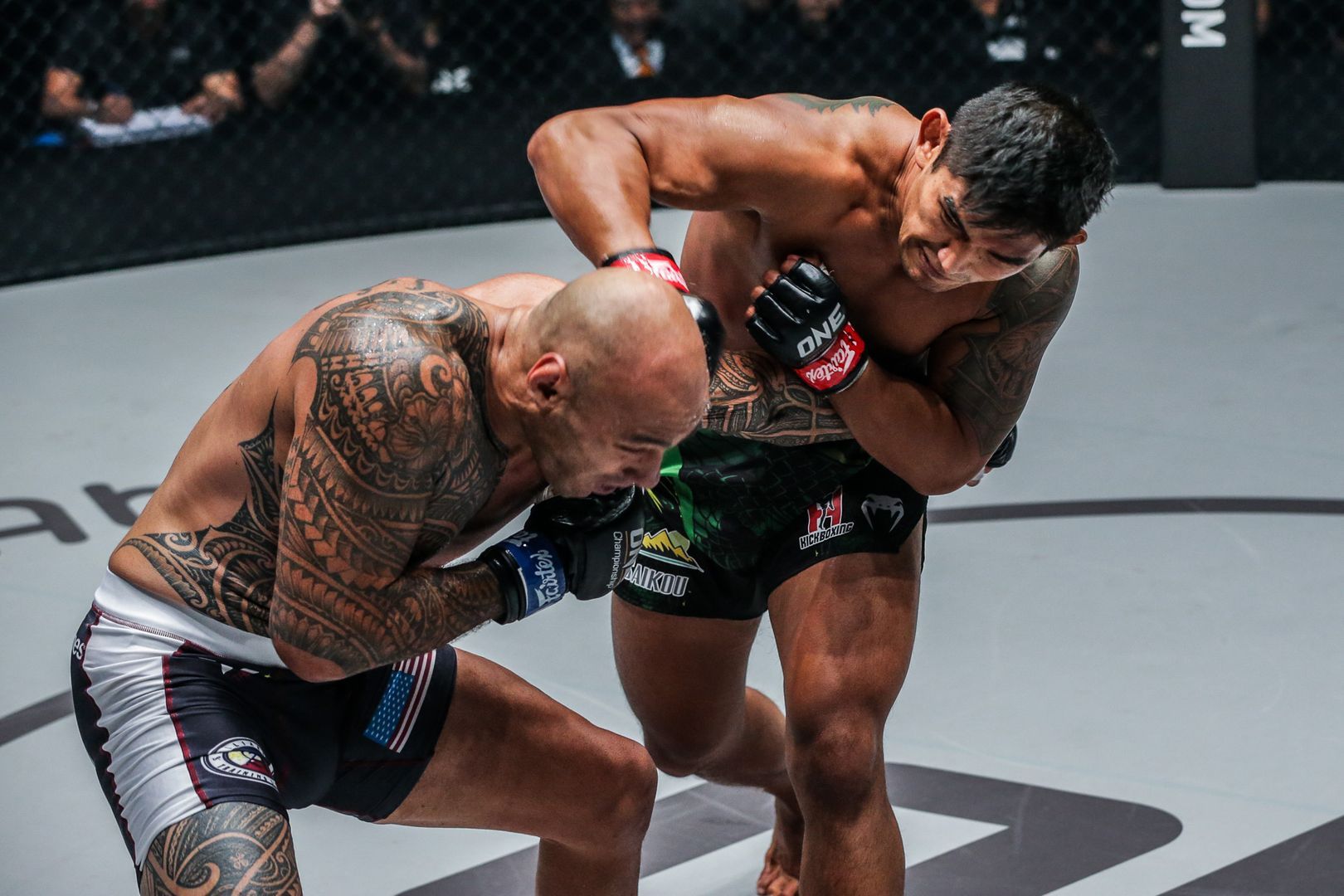 Two-division ONE World Champion Aung La “The Burmese Python” N Sang is ready to make up for lost time.

It’s been a year since the Myanmar sports icon last stepped inside the Circle, but his big return to Singapore will be well worth the wait.

On Friday, 30 October, Aung La N Sang will defend his ONE Middleweight World Title against undefeated top contender Reinier “The Dutch Knight” de Ridder in the main event of ONE: INSIDE THE MATRIX.

Although “The Burmese Python” isn’t a fortune teller, he expects fireworks in the headline attraction.

“I see this bout ending with a very exciting finish,” the 33-year-old says.

Aung La N Sang is known for defeating his opponents in style. He owns a 92 percent career finishing rate, beating 12 adversaries by submission and another dozen by knockout.

Ever since he claimed the ONE Middleweight World Championship from Vitaly Bigdash in June 2017, in a match deemed the “Bout Of The Year,” the Myanmar superstar won his next six victories by stoppage.

But perhaps his biggest victory of all happened in October 2019 when “The Burmese Python” defended his ONE Light Heavyweight World Title against reigning heavyweight king Brandon “The Truth” Vera – a fighter Aung La N Sang looked up to at the start of his mixed martial arts career.

In that matchup, the Myanmar icon stood toe-to-toe with Vera and fearlessly exchanged shots in the center of the Circle.

Late in the second round, Aung La N Sang thrilled the global fan base when he struck the Filipino-American mammoth with a spinning back elbow.

That strike stunned Vera, who retaliated with a spinning back elbow of his own that missed the mark. “The Burmese Python” then threw a right hand, planted the heavyweight king on the canvas, and rained down punches until the referee stopped the bout.

“To be able to fight the man that I looked up to as a fan, it’s a pretty amazing thing. To be in the same cage, standing across from him, that was something that was very personal for me. For my career, it puts me on notice as far as beating the heavyweight champion and it opens doors for me.”

Since that night in Tokyo, Japan, Aung La N Sang has been patiently waiting for his next challenger to come forward and reveal himself.

The 30-year-old Dutchman, who owns black belts in Brazilian Jiu-Jitsu and judo, has been unstoppable throughout his mixed martial arts career.

After picking up nine consecutive victories, he joined ONE and continued adding victims to his flawless record.

Aung La N Sang has kept a close eye on “The Dutch Knight.” In fact, de Ridder was one of three athletes “The Burmese Python” originally hoped to face this year.

“Reinier is crafty on the ground. He wants to take you to the ground and he wants to look for submissions,” the defending middleweight king says.

In preparation for this fight, Aung La N Sang has been training with his coach, Henri Hooft, at Sanford MMA in Deerfield Beach, Florida, USA.

“The Burmese Python” has seen his stand-up arsenal rise to meteoric levels thanks to Hooft’s guidance over the years, but he’s also been working to improve his wrestling and ground game.

That work has involved the Myanmar star learning how to escape from difficult positions and get into more favorable spots that allow him to exert his dominance. Between those training methods and his veteran experience, Aung La N Sang is feeling confident about his chances against de Ridder.

“He’s a high-level grappler, and he’s got some slick submissions, but I don’t think he’s a high-level wrestler. So, I think he’s going to have a hard time taking me down, and I don’t believe his ground game is much better than mine. If it does go to the ground, I’ll be fine.

“And, as an undefeated fighter, he has never been pushed to his limits. He’s never taken shots like the ones that I’m going to be throwing at him, so we’ll see how he fares with that.”

The Phenom, @vitorbelfort the legend and the man with 20+ years of MMA experience! It feels amazing to train with great teammates at @sanfordmma.

Although “The Burmese Python” hasn’t competed in a year, fans shouldn’t expect any hesitation when he enters the Circle on 30 October.

Aung La N Sang has been training regularly and keeping fit, just waiting for ONE Championship to give him the opportunity to compete once again.