Two-division ONE World Champion Aung La “The Burmese Python” N Sang has become one of the most recognizable figures in mixed martial arts.

In June 2017, he beat defending titleholder Vitaly Bigdash via unanimous decision to become the ONE Middleweight World Champion and Myanmar’s first-ever World Champion in sports history.

Just eight months later, he knocked out Brazilian grappler Alexandre “Bebezao” Machado with a head kick in 56 seconds to add the vacant ONE Light Heavyweight World Title to his collection of gold.

Since that highlight-reel moment, Aung La N Sang has become a megastar in the sport and an icon in his native Myanmar.

As “The Burmese Python” prepares for a future trilogy bout with Bigdash at Sanford MMA in Florida, USA, learn 13 things you didn’t know about him. 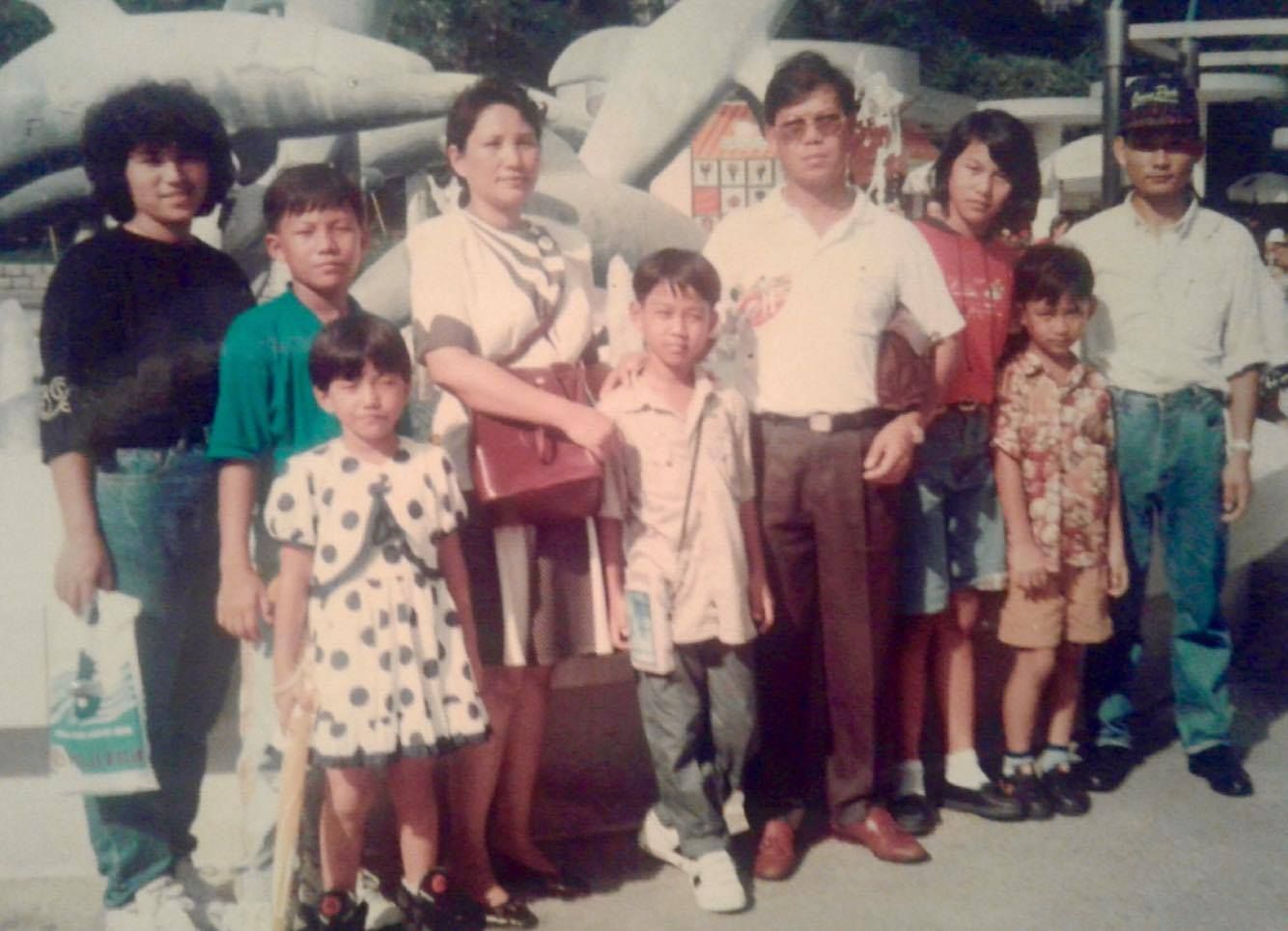 Like many other children, Aung La N Sang idolized his parents.

Specifically, the Myanmar sports icon’s hero growing up was his father due to his impeccable work ethic and determination.

“He only went through fourth grade, so he is not educated, but he managed to take care of all five of us,” the Sanford MMA representative says. “He gave us a university-level education. He is my hero.”

Although the likes of Bruce Lee and Jackie Chan were on Aung La N Sang’s radar, it was martial arts and film legend Jet Li who caught his attention.

The action star captivated “The Burmese Python” and planted the seed of what he could accomplish as a martial artist.

#3 The Most Unforgettable Teachers

While attending the Yangon International School, the Myanmar superstar looked up to his professors, Mr. and Mrs. Anderson.

“Mrs. Anderson taught me Spanish from ninth grade through twelfth grade, and Mr. Anderson taught our science classes, like biology,” he explains. “They coached us, too, in volleyball. They’re amazing human beings.”

When it came to athletics, Aung La N Sang – like many other children around the globe who grew up in the 90s – admired six-time NBA Champion Michael Jordan.

The multiple-time MVP’s flawless skills on the basketball court, and on the silver screen in Space Jam, made him someone to look up to during the Myanmar ambassador’s youth.

#5 Toughest Challenge Outside of The Circle

We are blessed to welcome our 8 pound 5 oz girl, San Seng Grace N Sang! She is healthy and nursing already. Both her and mommy is doing well as well. Thank you to all your prayers and well wishes. ????????❤️

Though competing against world-class mixed martial artists in the light heavyweight and middleweight divisions is tough, his most difficult challenge away from the Circle is finding balance and maintaining a good family life.

What’s the one thing the champ-champ believes is a must-have to achieve greatness in martial arts?

“Grit,” he says. “Having that grit and being able to go to practice when you’re sore, and even when you don’t feel like it.”

After all is said and done with his professional career, Aung La N Sang’s focus is to bring the next generation of Myanmar talent to the top of mixed martial arts.

“The Burmese Python” wants to inspire his countrymen and let them know that they can achieve whatever they want if they put their heart into it.

When I heard the news about this statue being built I was shocked and was totally against it. I am just coming to the prime of my career and don’t want anymore added pressure. I was also worried about the hate that would come out of people who disagree with building this statue. But this is not about me. It’s a reminders for all the boys and girls born in Dukatawng or anywhere else in Myanmar ???????? that, they too can become a World Champion or whatever they set their hearts and minds into becoming.

In December 2018, things escalated to another level when a bronze statue of him was revealed at Kachin National Manau Park.

That undoubtedly cemented his status as an icon in his homeland.

#9 What Scares The Champ?

What really frightens “The Burmese Python” is the existential fear of not achieving his ultimate goals.

“Nothing really scares me that much except a fear that the world is going to pass by me, and I will not have accomplished any of my dreams,” he admits.

#10 Splitting Time Between America and Myanmar

“The Burmese Python” enjoys the dichotomy of living between the United States and Myanmar.

“It’s almost like I’m living two lives,” he explains. “In the United States, I could live a very normal life, and then in Myanmar, it’s like I’m a celebrity. It’s very crazy. It gives you a different perspective.”

Aung La N Sang may be a World Champion in the Circle, but few people know that he is a chef in the kitchen. In fact, the Sanford MMA representative has been cooking ever since he was seven years old.

“When we were kids, my mom had one of the neighbors come and teach us how to cook,” he recalls. “On the weekends, sometimes, she would make us cook. Ever since then, I’ve been cooking.”

Perhaps one day, we could see him participate in a throwdown with celebrity chef Bobby Flay on TV. 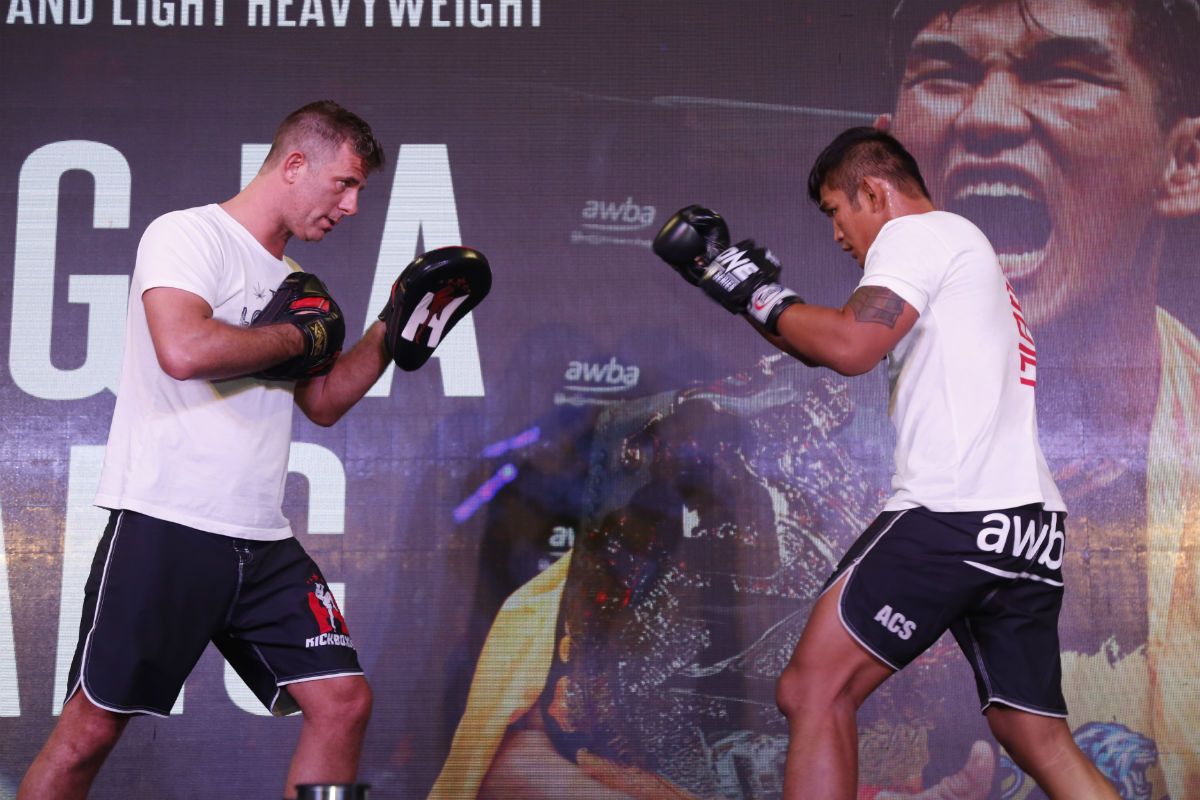 The warrior spirit was always within the Myanmar superstar, and his favorite early Christmas gift was a pair of boxing gloves.

“I used them with my brother,” he says with a chuckle. “I beat my brother up with them, and then he took the gloves and started bullying me again.”

Aung La N Sang was an avid player of the classic card game, Magic: The Gathering, during his adolescence.

“I used to play a lot of that when I was in middle school,” he confesses. “I played until I was a senior in high school. I had around 1,000 cards.”

Maybe one day he could claim another World Title – the ‘Magic: The Gathering World Championship.’