It takes skill, courage, and countless hours of dedication to successfully compete inside the ONE Championship cage.

While many bouts in ONE Championship end in dramatic fashion with a spectacular first-round finish, there are instances where the bout goes the distance. In those instances, athletes put their complete skill set to the test for a solid 15 minutes. For a world title match, it could go the full 25 minutes.

Needless to say, fans are taken on a rollercoaster of emotions, and that tends to lead to the most exciting matches of all. Fortunately, there have been several of those such match-ups in 2017, as our heroes have laid it all on the line for themselves, their teams, their nations and, of course, the fans.

The nation came together as ONE to celebrate the rise of their hero.

Myanmar’s Aung La N Sang went into the main event of ONE: LIGHT OF A NATION with revenge on his mind, and a world title in his sights. In late June, at the Thuwunna Indoor Stadium in Yangon, a nation rejoiced as the “Burmese Python” scored a unanimous decision victory over previously-unbeaten titleholder Vitaly Bigdash to capture the ONE Middleweight World Championship.

Bigdash had earlier outpointed Aung La N Sang at ONE: QUEST FOR POWER in January, but in the rematch, the “Burmese Python” turned the tables. With the passionate crowd roaring on their hero, Aung La N Sang delivered a performance to remember, as he hurt the champion in the opening round, and almost scored an incredible first-round TKO finish.

The Russian somehow survived that early flurry, and the pair went toe-to-toe for the rest of the contest. Still, the Myanmar hero held the upper hand through the five-round contest to claim a unanimous decision on the judges’ scorecards.

Following the judges’ verdict, Aung La N Sang had his championship belt, Myanmar had its first-ever world champion, and ONE Championship had arguably its biggest star.

Singaporean knockout artist Amir Khan holds the record for the most knockout finishes in ONE Championship history, but he was unable to add another victim to his list when he faced gritty Australian Adrian Pang at ONE: IMMORTAL PURSUIT.

Instead of a quick-fire finish, the bout became a war of attrition, with Pang’s relentless approach meshing superbly with Khan’s counter-striking style.

The bout ebbed and flowed throughout, with both athletes having periods of success, but overall it was Khan who fared the better, scoring consistently on the remarkably tough Pang while largely avoiding the Australian’s heaviest strikes.

The judges’ verdict unanimously awarded the victory to Khan, but both athletes left the cage that night with their chins held high and fanbases bolstered after a thrilling three-round war.

"The Warrior" sealed the deal.

Posted by ONE Championship on Tuesday, November 28, 2017

When top featherweight talents Christian “The Warrior” Lee and Keanu Subba faced off at ONE: QUEST FOR GREATNESS, fans and pundits were expecting a high-tempo battle between two of the most exciting young athletes in ONE. The pair did not disappoint.

The two went back and forth in a thrilling contest, but it was Lee who got stronger as the bout went on, eventually claiming a third-round submission that helped mark him out as a potential world title challenger.

After two exciting rounds of action, the Singaporean took Subba to the mat in the third round and went on the hunt for the finish. Initially, he locked up a triangle choke, but Subba did well to survive the hold.

Undeterred, Lee transitioned to an armbar, forcing the Malaysian to finally admit defeat, as “The Warrior” showed the world why he is a dangerous matchup for anyone in the promotion’s featherweight division.

Posted by ONE Championship on Monday, September 25, 2017

Chinese star “The Southern Eagle” Ma Hao Bin has all the credentials needed to be a superstar at the next level. He showed the world a glimpse of his potential during a thrilling bout against “The Wolf Of The Grasslands” Hexigetu at ONE CHAMPIONSHIP: SHANGHAI back in September.

“The Southern Eagle” predicted a second-round submission victory, and he made good on his word. He finished Hexigetu in their flyweight affair, courtesy of a guillotine choke, with ten seconds remaining in round two. In the early going, the contrast was clear. It was the frantic pace of Hexigetu versus Ma’s more composed and methodical nature.

Despite a nine-year age difference between the two, it was the 23-year-old Ma who looked like the veteran, maintaining his composure and picking his shots. The ONE Changsha Bantamweight Tournament Champion’s second takedown attempt of the round was successful, but it was Hexigetu that would take advantage of the maneuver. He remained active, utilizing a full guard to fire away despite Ma’s dominant position.

The man hailing from Inner Mongolia, China, nearly finished the bout, using a kimura to reverse his fortunes and land in a high mount. It was Ma’s composure that brought the match into the second round. There, Ma showcased his martial arts talent to the fullest. The Chinese National Wrestling Champion used his elite grappling to give him the edge, as he expertly evaded a takedown attempt before locking up a guillotine choke to force the tap. 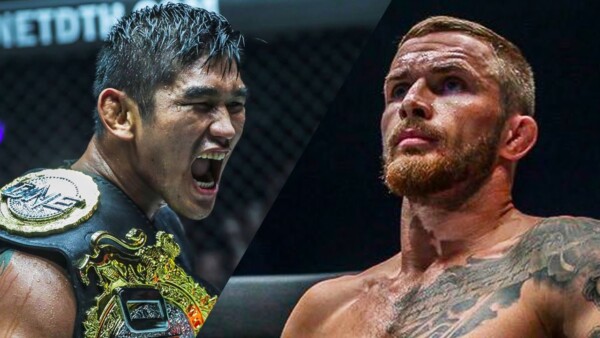 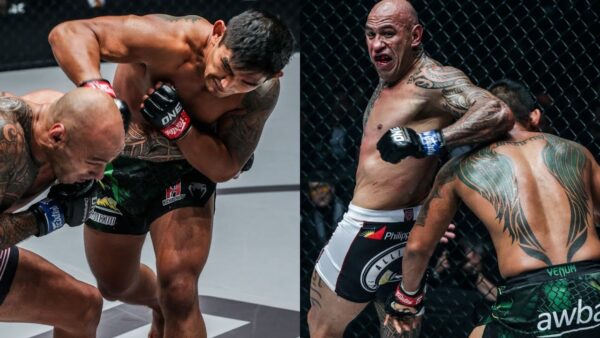