“The Southern Eagle” predicted a second-round submission victory at ONE CHAMPIONSHIP: SHANGHAI on Saturday, 2 September, and he made good on his word. He finished “The Wolf Of The Grasslands” Hexigetu in their flyweight affair, courtesy of a guillotine choke, with ten seconds remaining in round number two. 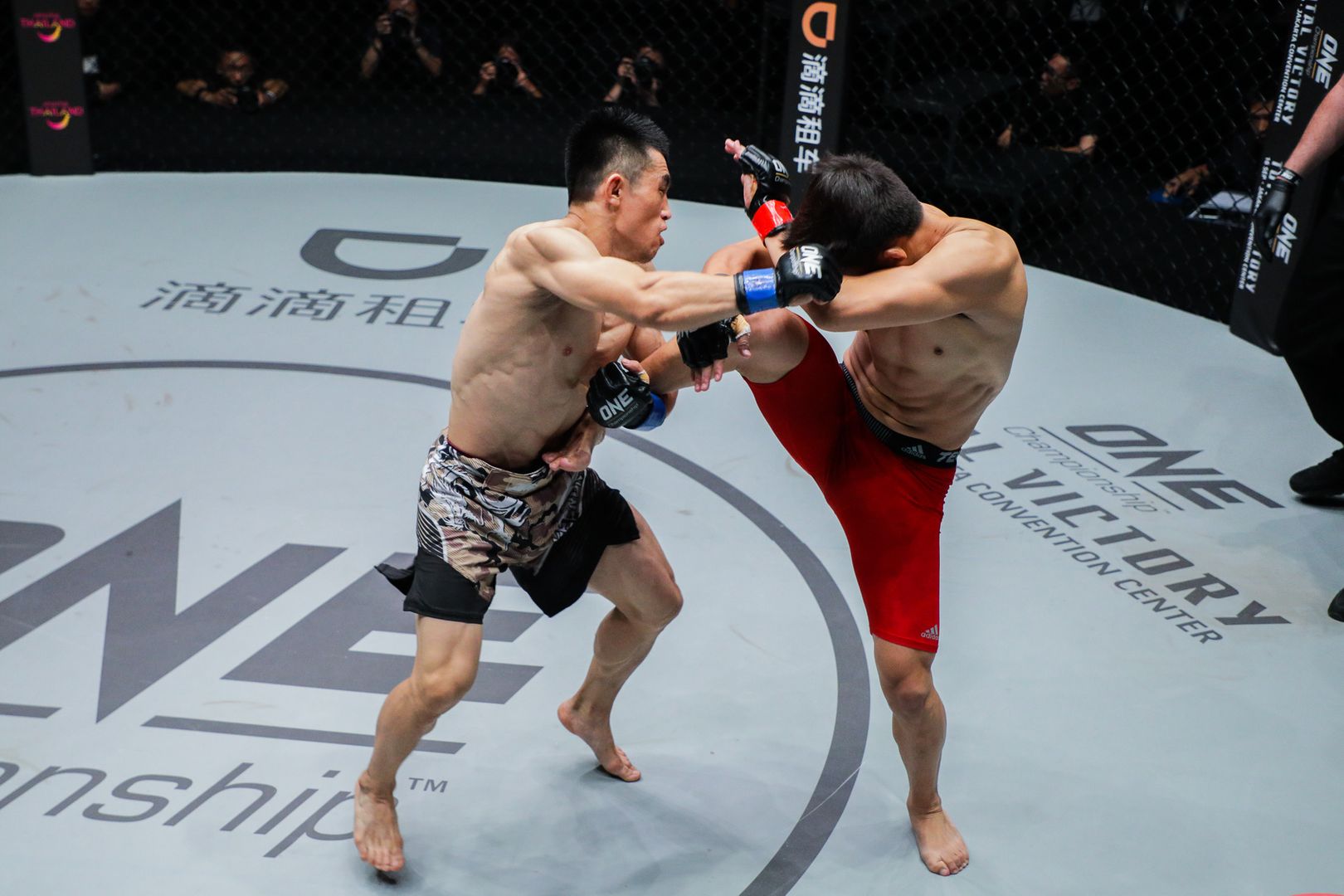 In the early going, the contrast was clear. It was the frantic pace of Hexigetu versus Ma’s more composed and methodical nature. Every blow thrown by the 32-year-old “Wolf” had bad intentions, including a series of speedy straight right hands that came after one of Ma’s kicks was caught early in the opening frame.

Despite a nine-year age difference between the two, it was the 23-year-old Ma who looked like the veteran, maintaining his composure and picking his shots. The ONE Changsha Bantamweight Tournament Champion’s second takedown attempt of the round was successful, but it was Hexigetu that would take advantage of the maneuver. He remained active, utilizing a full guard to fire away despite Ma’s dominant position.

The man hailing from Inner Mongolia, China, nearly finished the bout, using a kimura to reverse his fortunes and land in a high mount. It was Ma’s composure that brought the match into the second round. Hexigetu showed signs of slowing down in the second stanza, which saw both men circle the cage. With time ticking away, “The Wolf Of The Grasslands” went for an ill-fated single leg takedown. The ever-composed Jincan Defense Club product did not waste any time, locking onto Hexigetu’s neck and securing a guillotine choke, which forced the tap at the 4:50 mark.

Ma improves to 7-1, and now aims to get the ONE Flyweight World Title strapped around his waist. As for Hexigetu, he is not ready to challenge just yet. His professional record takes a slide to 4-3.