Regian “The Immortal” Eersel’s stunning ONE Super Series performances have earned him a shot at World Title gold on Friday, 17 May in Singapore.

The Dutch-Surinamese warrior has picked up back-to-back victories on the global stage for martial arts, and punched his ticket to a ONE Lightweight Kickboxing World Championship match-up against his countryman Nieky “The Natural” Holzken at ONE: ENTER THE DRAGON.

Eersel is keen to continue his phenomenal ascent, prove he is one of the best strikers on the planet, and claim the inaugural belt.

Ahead of his co-main event bout at the Singapore Indoor Stadium, take this opportunity to learn all about the 26-year-old’s journey to the top.

From Tropical Climates To European Winters

How martial arts helped Regian "The Immortal" Eersel avoid a life on the streets and unlocked his true greatness.

How martial arts helped Regian "The Immortal" Eersel avoid a life on the streets and unlocked his true greatness. Singapore | 17 May | 5:00PM | Watch on the ONE Super App: http://bit.ly/ONESuperApp | TV: Check local listings for global broadcast | Tickets: http://bit.ly/onedragon19

Eersel was born in Suriname, which is located on the northeastern coast of South America. However, he did not spend too long in his country of birth.

The athlete’s grandparents raised him in his early years, while his mother went ahead to the Netherlands to prepare life for the family in Europe, in the hope of securing better prospects for her son.

He finally moved to Amsterdam at the tender age of four, but the transition was initially difficult. In fact, he experienced a little bit of a culture shock.

“For me, it was horrible because I went from Suriname, which is hot and tropical, and I came to Holland in the winter. I went from 30 degrees [Celsius] to minus 10,” he recalls.

“The food was different and the people were different. I used to play outside in Suriname — here in Holland, you can play outside, but there’s no jungle. It was a real change for me as a child.”

Despite the need to acclimatize, Eersel felt accepted in a multicultural area of the city. He spent much of his childhood being active outside with his friends, and enjoyed being a part of such a diverse community.

“We lived in a neighborhood where all the nationalities are. It was just normal to be there around all different people,” he offers. “We used to play outside, just playing games with your friends. We’d play soccer, hide and seek, and all sorts of active games like that.”

The Path To Kickboxing

Posted by ONE Championship on Saturday, August 4, 2018

With a love for sports from an early age, Eersel got involved with taekwondo when he was seven years old. But after a few competitions and some grading, his interests moved elsewhere.

The physicality of rugby appealed to him, and he even reached the Dutch national side. However, his sporting aspirations were derailed briefly.

“It went bad at school, and my parents made me focus on that,” he says.

Ultimately, that forced break led him back to martial arts.

Striking sports were huge in the Netherlands, and he watched the likes of Giorgio Petrosyan, Badr Hari, and Alistair Overeem on television. That motivated him to try kickboxing and Muay Thai.

An internet search revealed there was a nearby gym — Sityodtong Amsterdam — where he could continue pursuing his interest, believing his background in taekwondo would be of some use.

“I got my grades back up and my mother said I could go back to sports — rugby or something else. I wanted to go to kickboxing,” he explains.“I found the kickboxing school in my neighborhood, and I stepped in [the gym] when I was 15 years old.”

Eersel was eager to compete straight away, but it took time to build up a relationship with his coaches and prove his commitment. This was never a problem, however, as he knew had found his calling.

Kickboxing was a much-needed outlet through which “The Immortal” could channel his teen aggression, so he did not miss a session. At the age of 16, he stepped through the ropes for the first time and began his career.

“My mother was happy that I was back in sport again, but she was scared when I said I wanted to fight,” reveals Eersel, who assured his mom he was in good hands.

“These men [Paul and Vincent Pengel] have inspired me so much. I’ve been there for 11 years. They’re not just my trainers, but my friends and my family.”

Staying On The Right Path

The area Eersel grew up in was a tough suburb of Amsterdam, and drugs and crime were all around him.

It would have been easy to get lured into that lifestyle, but “The Immortal” was focused on his training and burgeoning career.

“When I was a kid, it was a rough neighborhood, but now it’s improved. There were a lot of drug addicts, a lot of robberies, and just a lot of criminal stuff,” he recalls.

“Amsterdam is crazy. Almost every drug is easy to get or sell, so everybody has a friend that has used them, or has connections. It can be easy to go the wrong way, but Muay Thai gave me focus.”

It was the strength of Eersel’s character that kept him on the right track, despite never being more than a stone’s throw away from the dark underbelly of the famous city.

That same strength has pushed him on towards World Championship success. 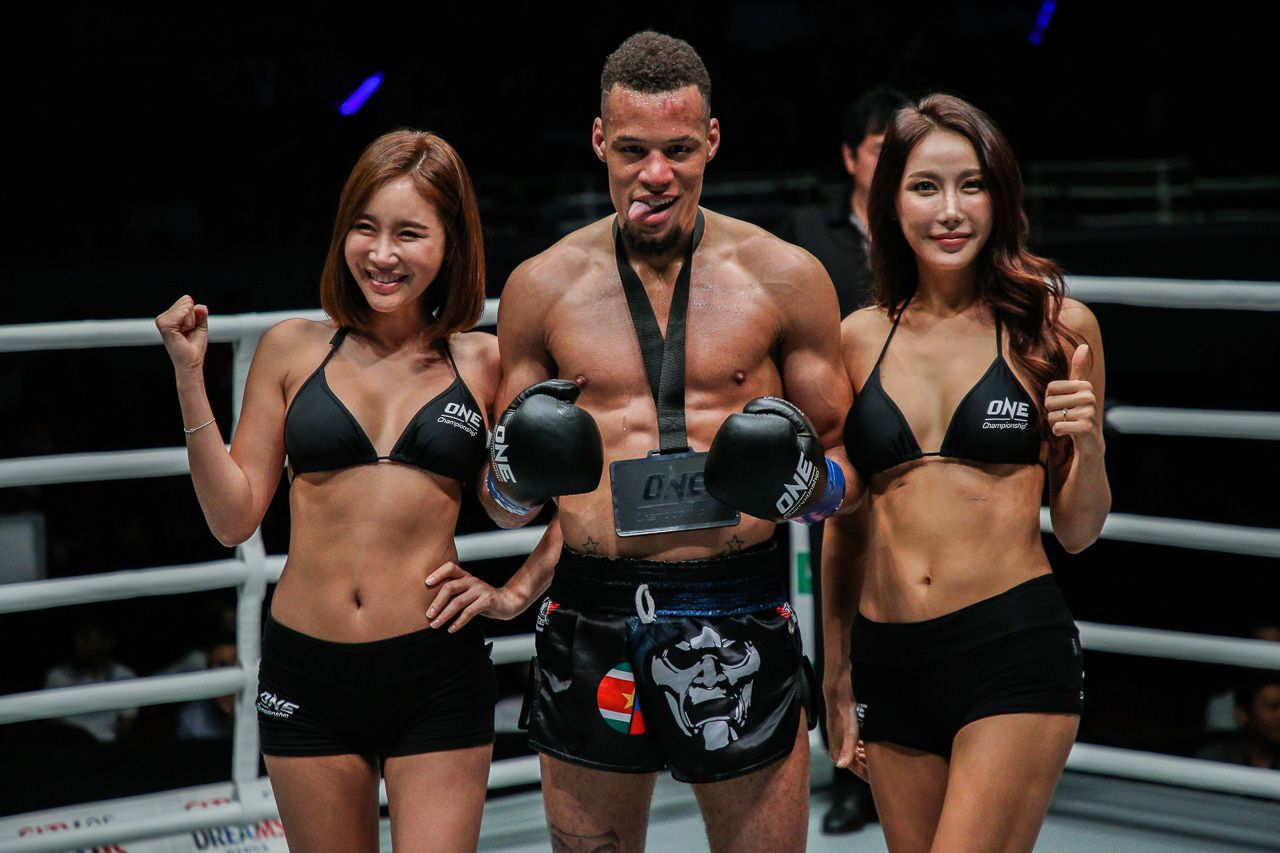 Eersel cut his teeth on the Dutch amateur circuit, but since the beginning of his professional career, he has always sought the toughest tests around the globe.

From his first professional bout onwards, the striker has not competed at home in the Netherlands.

“My first pro fight was in Azerbaijan, and it started really rolling from there,” he explains.

Eersel picked up multiple World Titles, including the Lion Fight Muay Thai World Championship when he knocked out “Smokin’” Jo Nattawut to claim the belt in the United States.

This globetrotting was the making of a world-class athlete, and it set him in good stead for when he inked a deal with The Home Of Martial Arts in 2018.

Now with two ONE Super Series wins under his belt and the chance to become a ONE World Champion on 17 May, “The Immortal” is prepared to do everything he can to defeat Holzken.

“When I started martial arts, I never thought I would come this far. Winning the belt means everything for me,” Eersel says.

“I’m not a guy that is going to predict anything. I will just say I am going to win – it doesn’t matter how, KO or points. The fans can expect a very hard fight that could go both ways.”