“Wolf Of The Grasslands” Hexigetu sprung a surprise in Singapore as he defeated Dejdamrong Sor Amnuaysirichoke by split decision at ONE: REIGN OF DYNASTIES.

On Friday, 9 October, the Chinese athlete earned the biggest victory of his career against the former ONE Strawweight World Champion and extended his impressive winning streak to three bouts.

Matched with a Muay Thai legend, Hexigetu began with more caution than usual, but after a couple of minutes, he started charging in with the trademark looping punches that often set up his takedowns.

The grappling specialist ended up putting Dejdamrong on the mat when he countered a leg kick. From there, Hexigetu controlled the action from guard, turning his rival away from the Circle Wall to create room and land hard elbows and punches.

Then with just seconds left in the first, the China Top Team representative jumped into a tight guillotine as Dejdamrong tried to get to his feet. It appeared Hexigetu might nab the submission, but the Thai star survived until the bell. 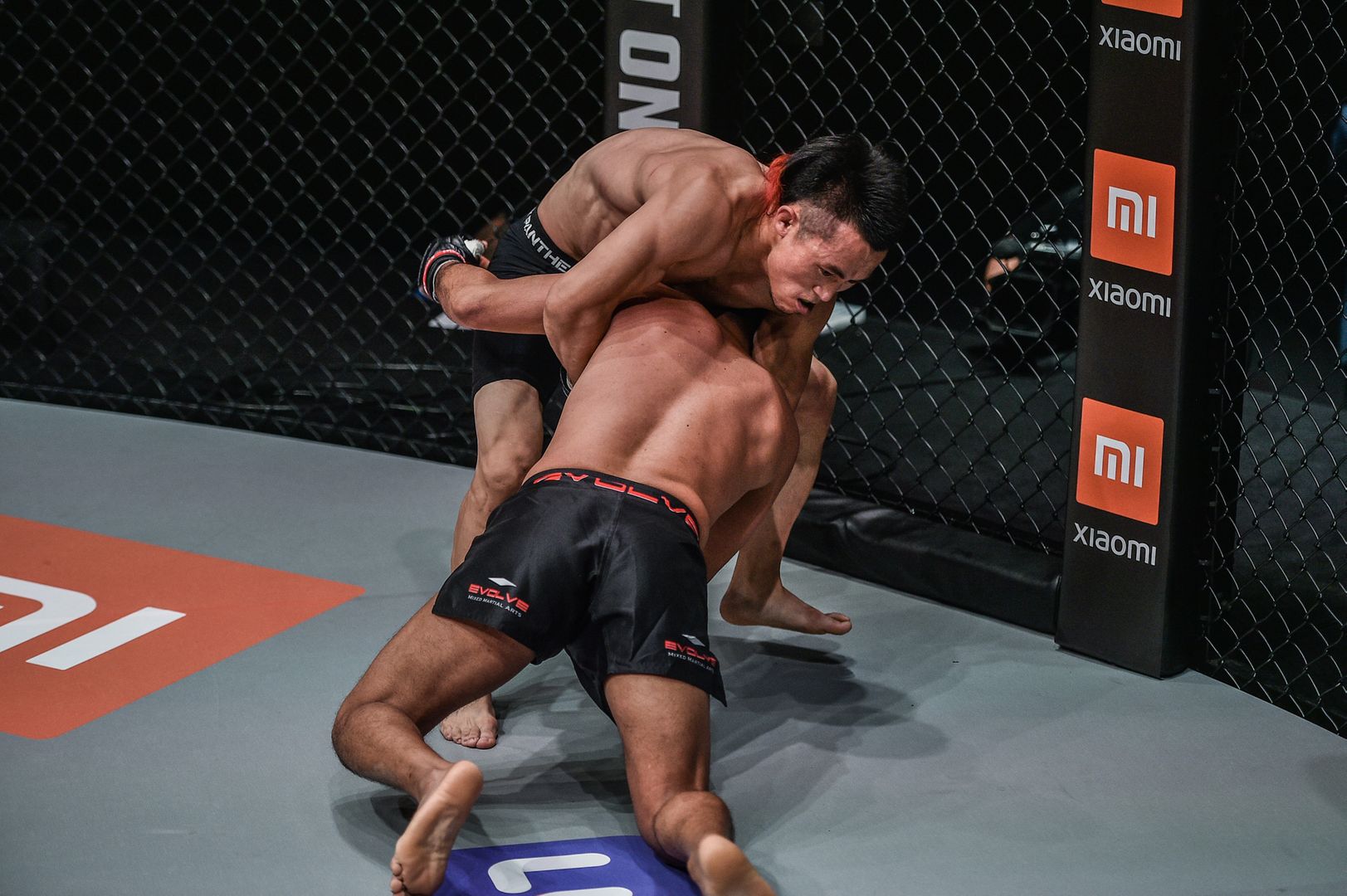 The 35-year-old Beijing resident enjoyed more success at the start of the second stanza, as he landed several clean punches to the face and hit an explosive double-leg takedown.

However, Dejdamrong got up and scored with hard kicks as he controlled the center of the Circle. And though he was taken down again with 90 seconds left in the round, he landed the most significant offense by throwing a barrage of elbows from his back.

The Thai legend continued to stalk his rival in the final round and attacked with leg kicks, but Hexigetu did well to keep his distance while jumping in and out of range to land punches.

With the seconds ticking away, Hexigetu made sure his 41-year-old foe had no chance for a late KO by hitting a trip takedown and securing side control. 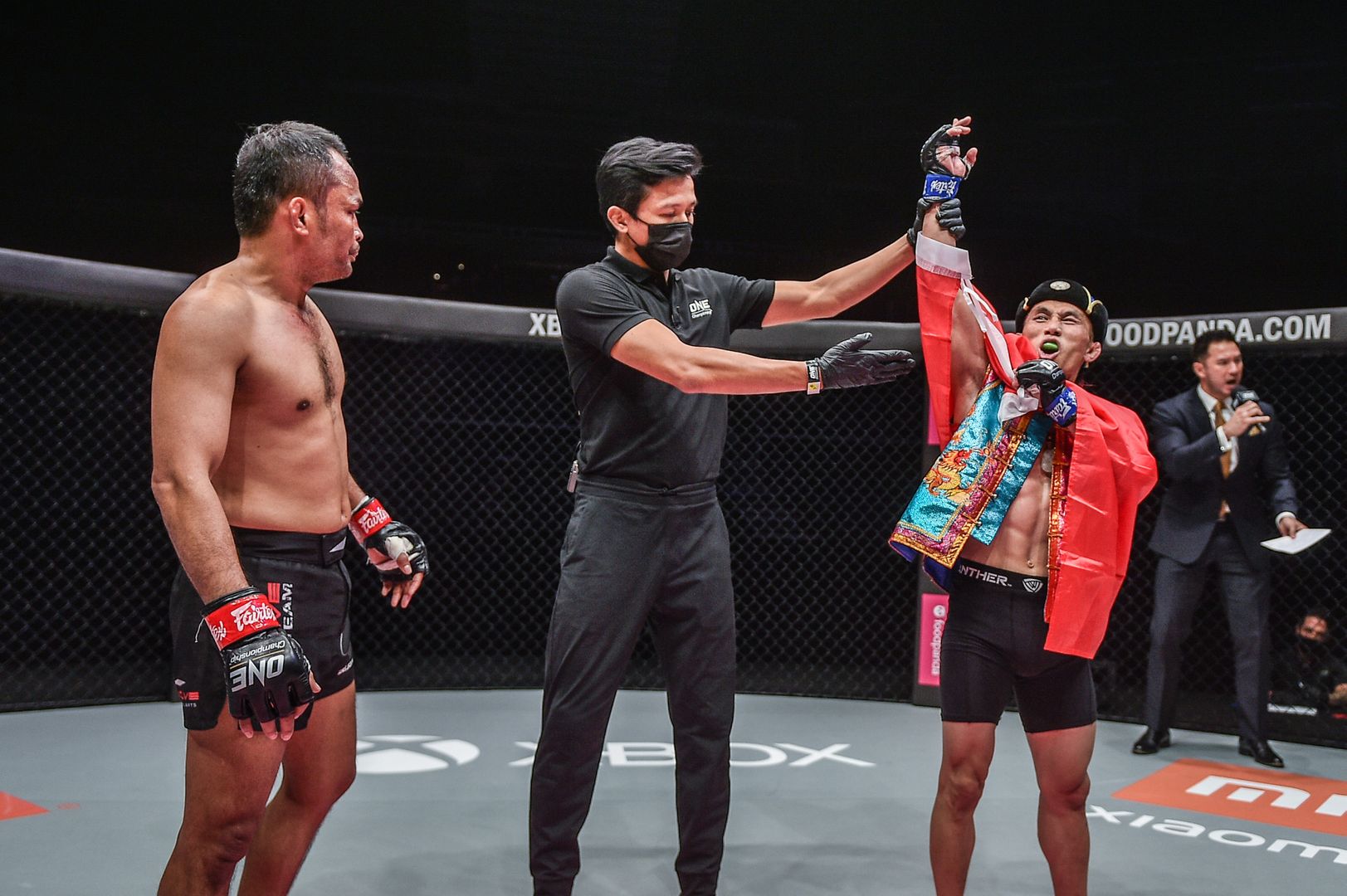 Once the final bell rang, one judge gave Dejdamrong the nod, but two sided with the “Wolf Of The Grasslands” to hand him the win by split decision. That victory put him on a three-bout winning streak.