As one of their own, Amir Khan got a huge reception from the fans at the Singapore Indoor Stadium ahead of his matchup with Australia’s Adrian “The Hunter” Pang.

The Brisbane, Australia native served as the Evolve MMA product’s most experienced opponent to date, so it was a real litmus test of whether Khan belongs in the upper echelons of the ONE lightweight division.

Khan passed the test, and with flying colors, coming out the clear victor after three rounds of action. With his renowned iron chin and unbreakable will, “The Hunter” kept himself in the match right to the very end, but he just was not sharp enough to overcome the young Singaporean lion on Friday, 24 November, at ONE: IMMORTAL PURSUIT.

In the first round, Khan really set the template for the bout, attacking with sidekicks to the lead thigh of Pang and mixing up his attacks with kicks to the body and head.

With a reach and speed advantage, he kept himself out of danger with long combinations, swiftly moving around the cage as the Aussie attempted to close him down. 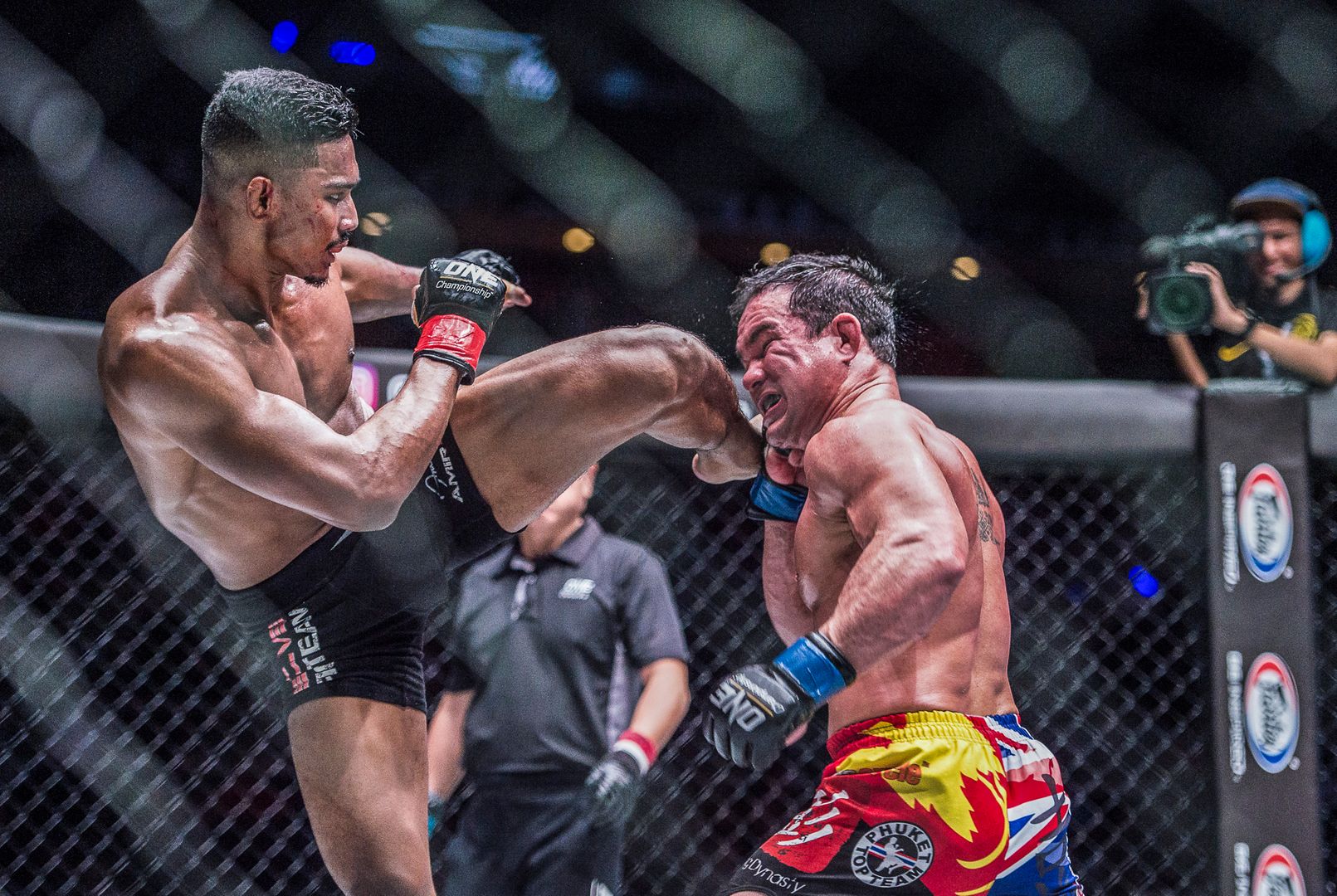 Pang’s game plan was to pressure his opponent into the fence and take him down, but the 23-year-old was able to defend well. Moving into the second, “The Hunter” tried to stalk his prey, and then attack with hooks to push him backwards.

However, it was the Singaporean who came out ahead, as he was hitting, moving, and dealing damage the whole way through. Pang did manage to execute some impressive takedowns, but was unable to keep his man on the mat for very long.

With one round left and victory in his sights, Khan kept up the pressure with his kicks. His Australian foe kept pressing forward, eating punches and clean head kicks with seemingly no issue at all, but Khan remained disciplined, racking up the points and causing damage. 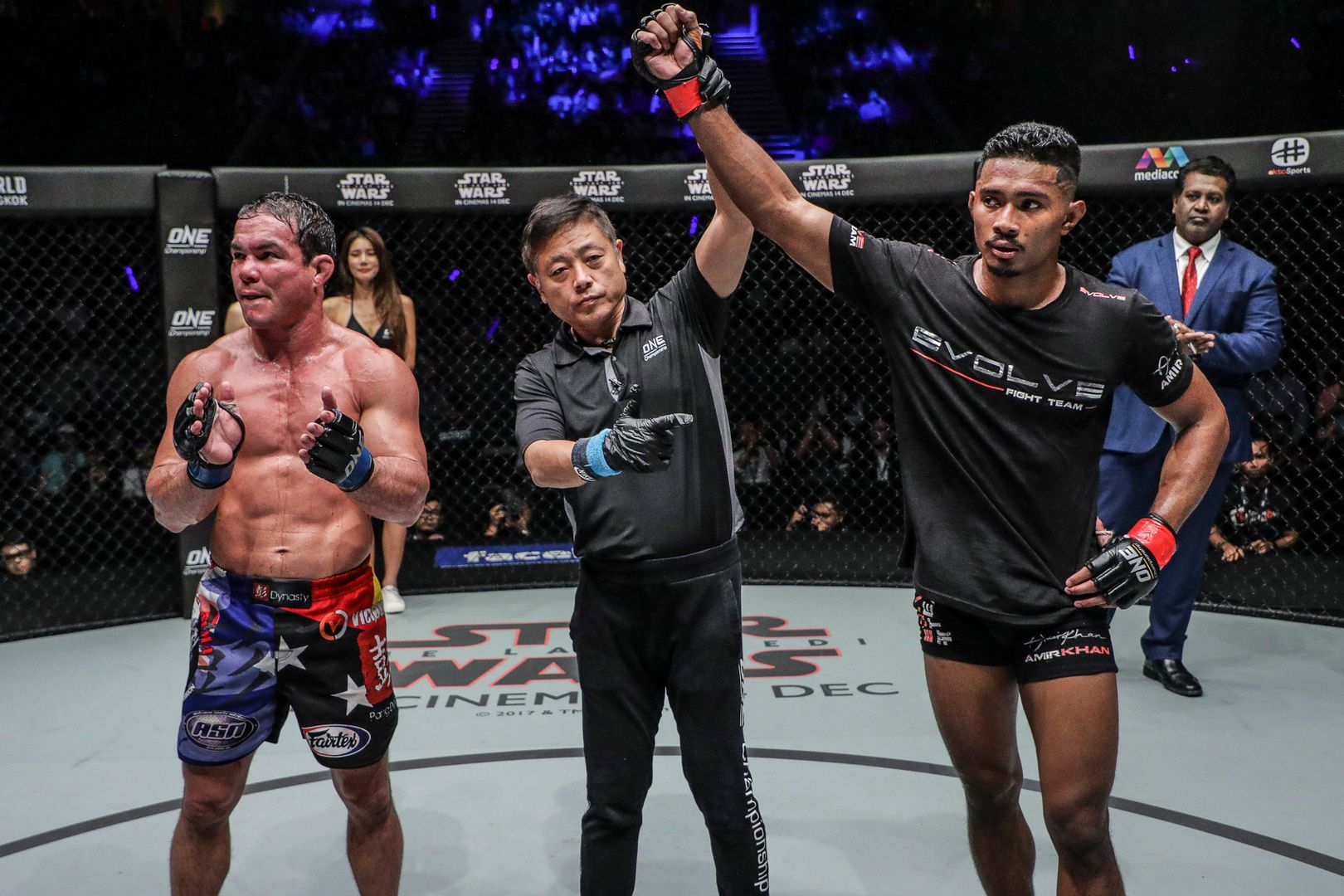 They ended the bout wrestling for control against the cage, with the Singaporean working well to get his back off the fence. When the final bell rang, it was clear that Khan would emerge victorious via unanimous decision.

With improvements shown in each outing, Amir Khan puts his name amongst the lightweight division’s elite. He will certainly have his eyes on the title picture with six straight victories, the ONE record for most finishes and knockouts, and a 9-2 record.

Still, even in victory, he showed great respect to his opponent, who fell to 22-11-2.