Chan Rothana isn’t the type of athlete who backs down from a challenge – especially from an Indonesian flyweight phenom.

The Cambodian mixed martial artist heard that “Dynamite” Eko Roni Saputra recently called him out for a future matchup, and he would love nothing more than to finish yet another rising star from the Southeast Asian country.

“I am happy to meet Eko Roni,” the 35-year-old Rothana says.

“I think he wants to gain redemption for his compatriots. He is as good as Rudy Agustian and Abro Fernandes. For this fight, I need to keep my perfect record against Indonesian fighters intact.”

Indeed, Rothana has a knack for stopping the meteoric rise of Indonesian mixed martial artists.

In December 2018 at ONE: DESTINY OF CHAMPIONS, the Cambodian Kun Khmer specialist squared off against then-undefeated Abro “The Black Komodo” Fernandes. After weathering an early storm, Rothana crumpled his foe with a knee and rained down punches to earn a second-round TKO victory.

The Phnom Penh native repeated the trick in May 2019, as he picked apart Rudy “The Golden Boy” Agustian to score another second-round TKO at ONE: FOR HONOR. In the process, he handed the surging Indonesian his first ONE Championship loss in front of his compatriots at the Jakarta Convention Center.

In both fights, Fernandes and Agustian used a grappling-heavy approach. However, Rothana’s strong defense forced much of the action to take place on the feet, where he utilized his famed Kun Khmer striking repertoire to finish them off.

Saputra could follow with a similar game plan. After all, he’s a multiple-time Indonesian Wrestling Champion who’s brilliantly carried those skills into the all-encompassing sport, where he’s racked up a four-fight winning streak.

“He has good grappling. When I look at his fighting videos, I see his grappling is much better [than mine], so I need to be careful of his ground skills,” Rothana admits.

“But based on my experience, I always won over opponents who are better at grappling. So this time, I am confident about the challenge.” 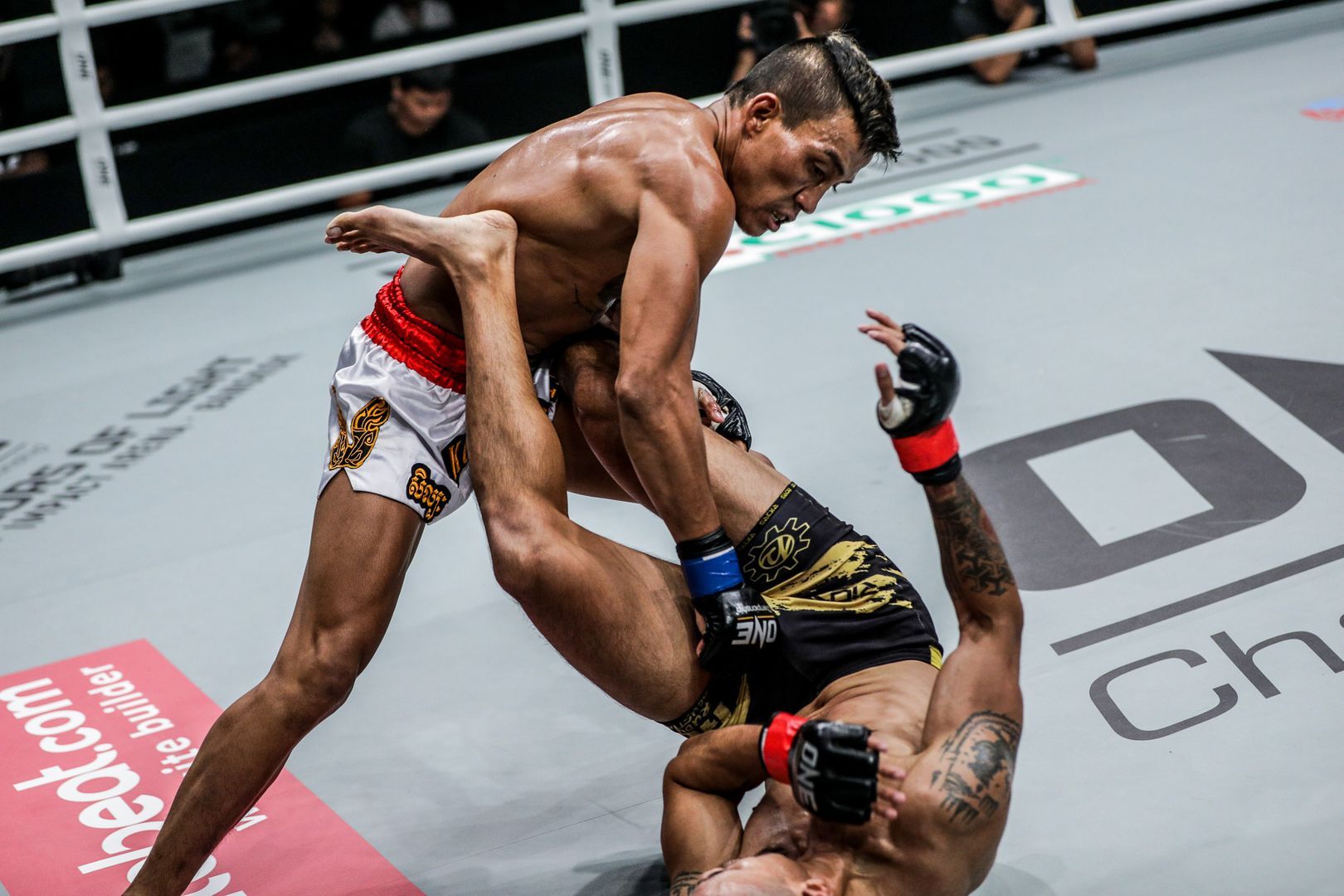 Since transitioning to mixed martial arts, Saputra has also complemented his world-class grappling skills with an explosive stand-up arsenal that continues to improve under the Muay Thai World Champion Instructor Team at Evolve MMA in Singapore.

“Dynamite” showcased that firepower inside the Circle last year, but Cambodia’s finest isn’t worried and remains confident in his own specialties.

“I can say he has good ground skills, so what I would do is focus on my strength and takedown defense. When I can control his ground skills, I will stand up and use my striking.”

By focusing on those core areas of expertise, Rothana believes he can defeat a third Indonesian rising star – and perhaps even finish him.

“I can beat Eko, but I am not sure whether it would be by points or KO,” he says. “However, I don’t think we would last three rounds.”

Rothana isn’t the only athlete “Dynamite” has called out.

Saputra also challenged Gurdarshan “Saint Lion” Mangat with the goal of avenging his Evolve teammate Roshan Mainam, who lost to the Canadian-Indian at ONE: DANGAL in May.

Both Rothana and Mangat present enticing matchups for the Indonesian, but the Cambodian hard-hitter hopes he’ll be the one to face Saputra next and get the opportunity to complete his hat trick.