Since transitioning to the all-encompassing sport three years ago, the 30-year-old flyweight has developed his skill set at a furious pace and now finds himself on a four-bout winning streak. What’s more, the Evolve MMA product earned each of those victories with first-round finishes.

“Dynamite” now hopes to extend that streak in the second half of 2021, and he’d love to do so against Cambodia’s Chan Rothana or Canadian-Indian Gurdarshan “Saint Lion” Mangat in order to gain some redemption for his fallen comrades.

But regardless of his next opponent, Saputra is a rising star who could earn a top-five spot in ONE’s Athlete Rankings by the end of this year – and perhaps even line up a ONE Flyweight World Title shot in the future.

In this exclusive interview, the Indonesian talks about those goals, how his all-around skills stack up with the flyweight division’s elite, the praise he received from an American legend, and much more.

ONE: Many pundits have said that you’re a leading candidate to become Indonesia’s first Mixed Martial Arts World Champion. How does that make you feel?

ERS: For me, it is clearly a challenge. Reaching [that level of] success is definitely not easy, it requires lots of hard work and effort. That is why I love challenges, especially with all the naysayers around us. For me, personally, I keep my head in a positive direction, continue training hard, and perfecting my game.

ONE: Since transitioning from wrestling to MMA and joining Evolve three years ago, where do you feel that you’ve grown the most?

ERS: So far, I think I have grown heavily in striking. I feel more comfortable with my striking because it’s easier for me [compared to the ground game].

On the ground, you require more stamina and physical strength because if you lack those, you will surely gas out when you’re back in the stand-up. It is different with striking. When striking, you can still maintain your distance, move backward, and block the shots, but on the ground, you have to be very active.

ONE: Fellow flyweights Demetrious Johnson, Kairat Akhmetov, and Reece McLaren all possess high-level wrestling skills. How do you compare your skills with theirs?

ERS: Because I have never wrestled with them, I do not know. But so far, from what I have seen, DJ is a freestyle wrestler who is faster, more agile, and aggressive. That is different from Greco-Roman wrestling, which is more focused on slams or the upper sections.

If I wrestle against freestylers, they will be very aggressive. Just look at Khabib [Nurmagomedov]. Although he was not a champion in Russia, he proved that an amateur wrestler can reach the top level [of mixed martial arts].

ONE: If you could wrestle or spar with DJ, do you think you would win?

ERS: I am actually looking forward to that moment. He did visit Evolve, but we did not train or spar together. However, I did train with Urijah [Faber] at Evolve. He came here to train and asked me to wrestle in the ring. I think he was a bit overwhelmed with me in wrestling. After training, he told me that I am quite good at wrestling. 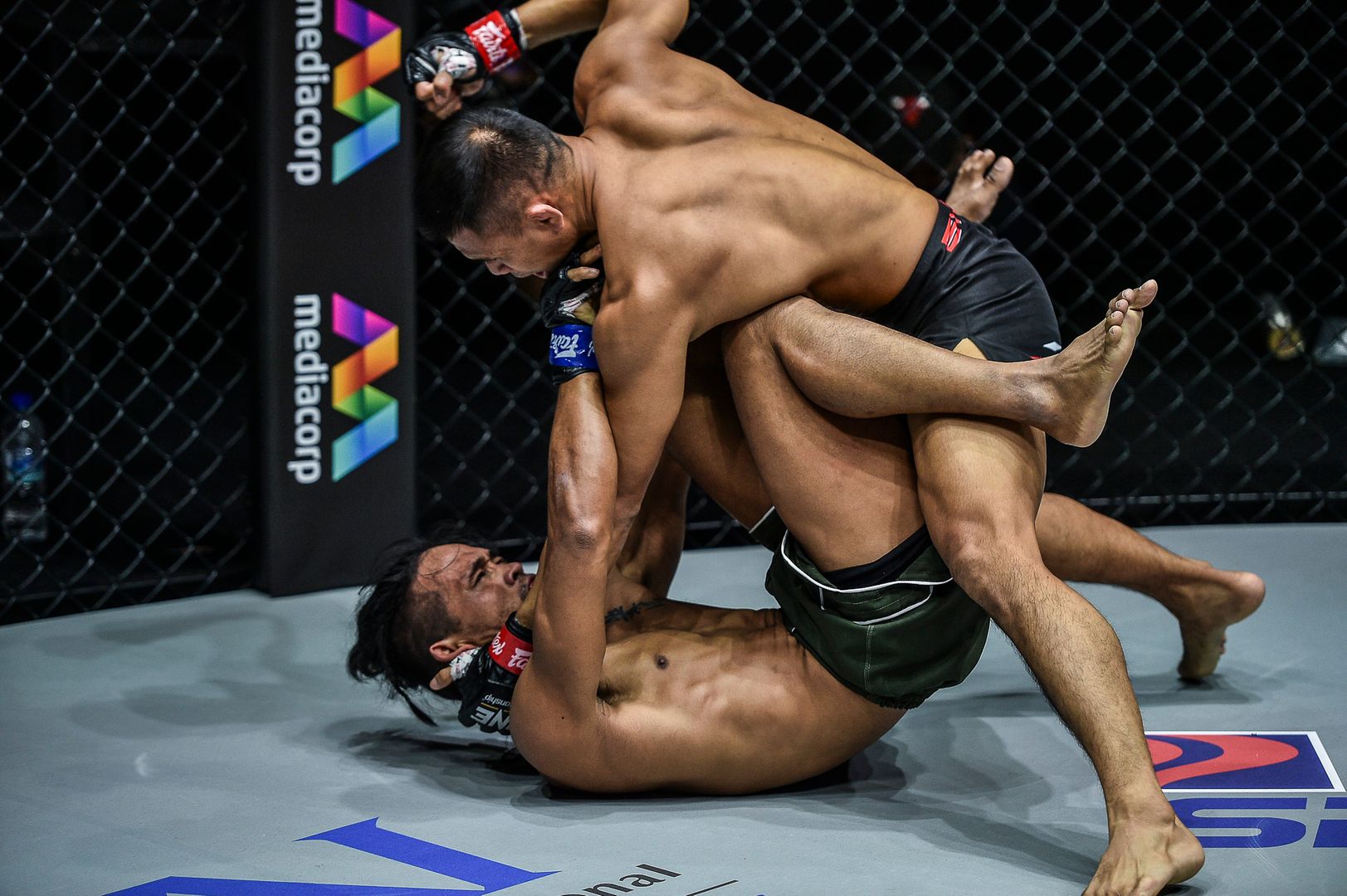 ONE: Did hearing that compliment from Urijah motivate you?

ERS: Definitely, it motivated me even more. I can compete with them, especially knowing that Urijah came from a big gym in the United States. That made me want to train even more in wrestling and MMA, and it also ignited my spirit.

ONE: Do you think that you are now among the elite wrestlers of the flyweight division?

ERS: In wrestling, I feel good, but not good enough. To compete with other wrestlers at the elite level, I believe my ability will serve me well. But in mixed martial arts, we are not only wrestling, but we are also utilizing Brazilian Jiu-Jitsu and other disciplines. In mixed martial arts, even a split second can change the tide, so [the goal] is to have those all-around skills, with the main focus on the ground game, striking, and submissions. 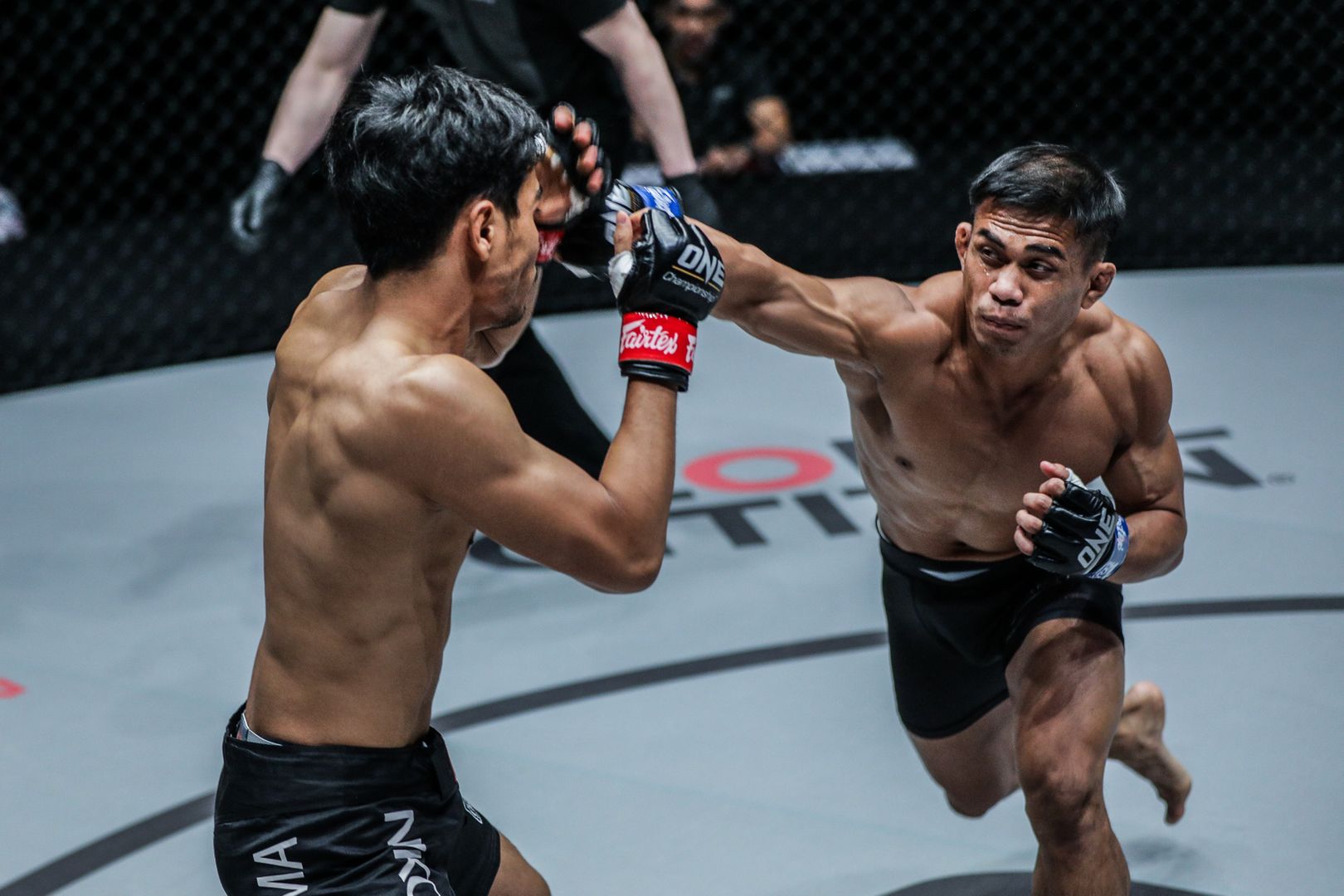 ONE: Do you think you are ready to compete with the top five flyweights in ONE’s Athlete Rankings?

ERS: I am always ready. Whoever I need to fight [to get into the rankings], I am ready. I have been developing myself. I was, and still am, always focused on mixed martial arts. I know from my past experience – especially in my debut – that I played too much on the ground. Whatever it is, I need to perfect my striking and mix it up with my ground game.

ONE: Is there anything else you think you need to perfect?

ERS: I do believe that having the mental aspect is the biggest requirement because often when we need to fight foreign athletes, we think of ourselves as being below them – having the thoughts that they are stronger or better.

But during my time at Evolve, I’ve been able to compete with my friends. Nothing is impossible. My friends here support each other, we share knowledge, and we motivate each other, as the competitive climate here is very healthy. So, my message [to my fellow Indonesian fighters] is to not feel overwhelmed when you are fighting foreign athletes. We can compete and win.

Read more: Mangat: Saputra’s Callout Is ‘One Of His Worst Decisions’