There’s a lot of people who want to test ONE Flyweight Muay Thai World Champion Rodtang “The Iron Man” Jitmuangnon, but lately, the most vocal of the bunch have been Filipino phenom Lito “Thunder Kid” Adiwang and Thai veteran Mongkolpetch Petchyindee Academy.

And now, a few weeks removed from those challenges, the flyweight king has finally responded.

First, “The Iron Man” turned his attention to Adiwang, who officially called him out in mid-June.

The Filipino mixed martial artist, who offered to cross over into ONE Super Series Muay Thai or kickboxing for the dream fight, claimed he has the tools to hand the megastar his first promotional loss.

Rodtang has heard the strawweight athlete’s request for a match, and he is willing to face him in the Circle.

“If Lito thinks he has some tricks to beat me, then I welcome him to meet me,” he says.

However, there are two caveats.

“It depends on the weight, whether he will come up in weight or if I will go down,” Rodtang continues.

“It also depends on the rule set, whether it is Muay Thai, kickboxing, or MMA. If it were MMA, then I would like to have time to train – at least one year.”

While “The Iron Man” is having a jovial exchange with Adiwang, things have been more heated with his compatriot. 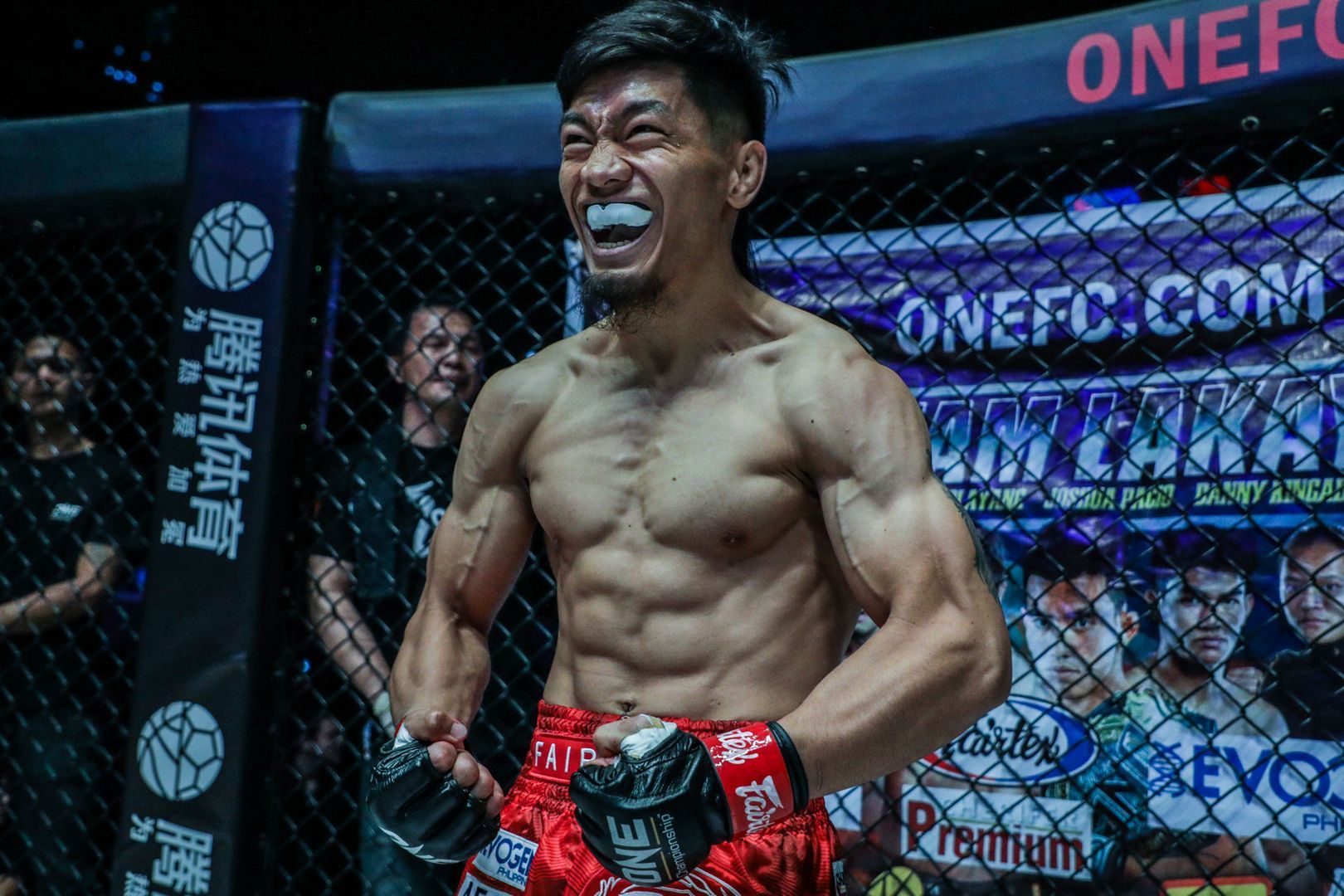 Following Mongkolpetch’s majority decision victory over #4-ranked flyweight Muay Thai contender Elias “The Sniper” Mahmoudi at ONE: FULL BLAST II in June, many wondered if he had done enough to challenge his countryman for the gold.

After all, the Petchyindee Academy man has an unblemished 4-0 slate in ONE Super Series and just took out a top-ranked contender.

Though Rodtang was impressed with the win, he shot down the idea. Instead, he suggested that his compatriot fight either #2-ranked Jonathan “The General” Haggerty, #3-ranked “The Angel Warrior” Panpayak Jitmuangnon, or run it back with Mahmoudi so ONE fans could become more familiar with him.

Mongkolpetch felt insulted by the flyweight king’s take and fired back. “When I became a star, you were just dust in the countryside,” he said.

Those words cut “The Iron Man” deeply, especially since he used to train closely with the veteran and played soccer with him.

“I didn’t think someone I respected a lot would hurt me with that comment,” Rodtang confesses. “What I said was a suggestion. [His recent win] was good for him. I was speechless.” 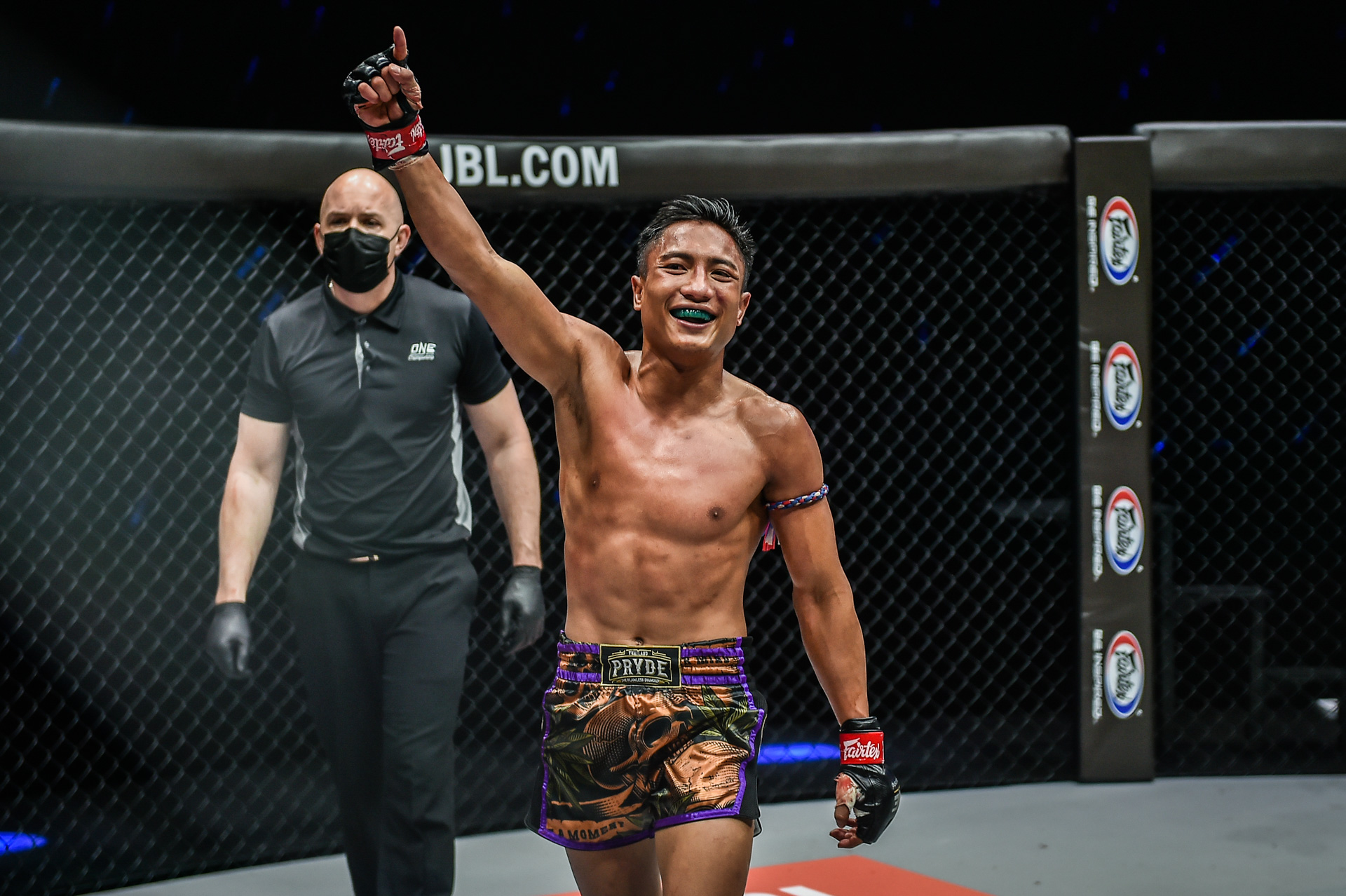 Rodtang believes Mongkolpetch, who owns a 115-40-2 record and a Lumpinee Stadium Muay Thai World Championship, is more than ready to contest for ONE World Title gold.

But he stands by his words, as he feels the Petchyindee Academy standout still needs more time in the Circle to charm the global fan base.

“Yes, I think Mongkolpetch is ready because he has so much experience,” the megastar says. “He has many fights already. But in ONE Championship, I think he should build his reputation some more [with the fans] so he could become an appropriate challenger.”

And should the two lock horns at some point in the future, “The Iron Man” believes he would have the edge.

Not only does Rodtang feel like he has more weapons and aggression than his compatriot, but he thinks he can beat the Petchyindee Academy man with one of his trademark strikes.

“I think my punch because, in Thailand, Mongkolpetch is kind of the guy who when he gets punched, he always falls down,” he says. 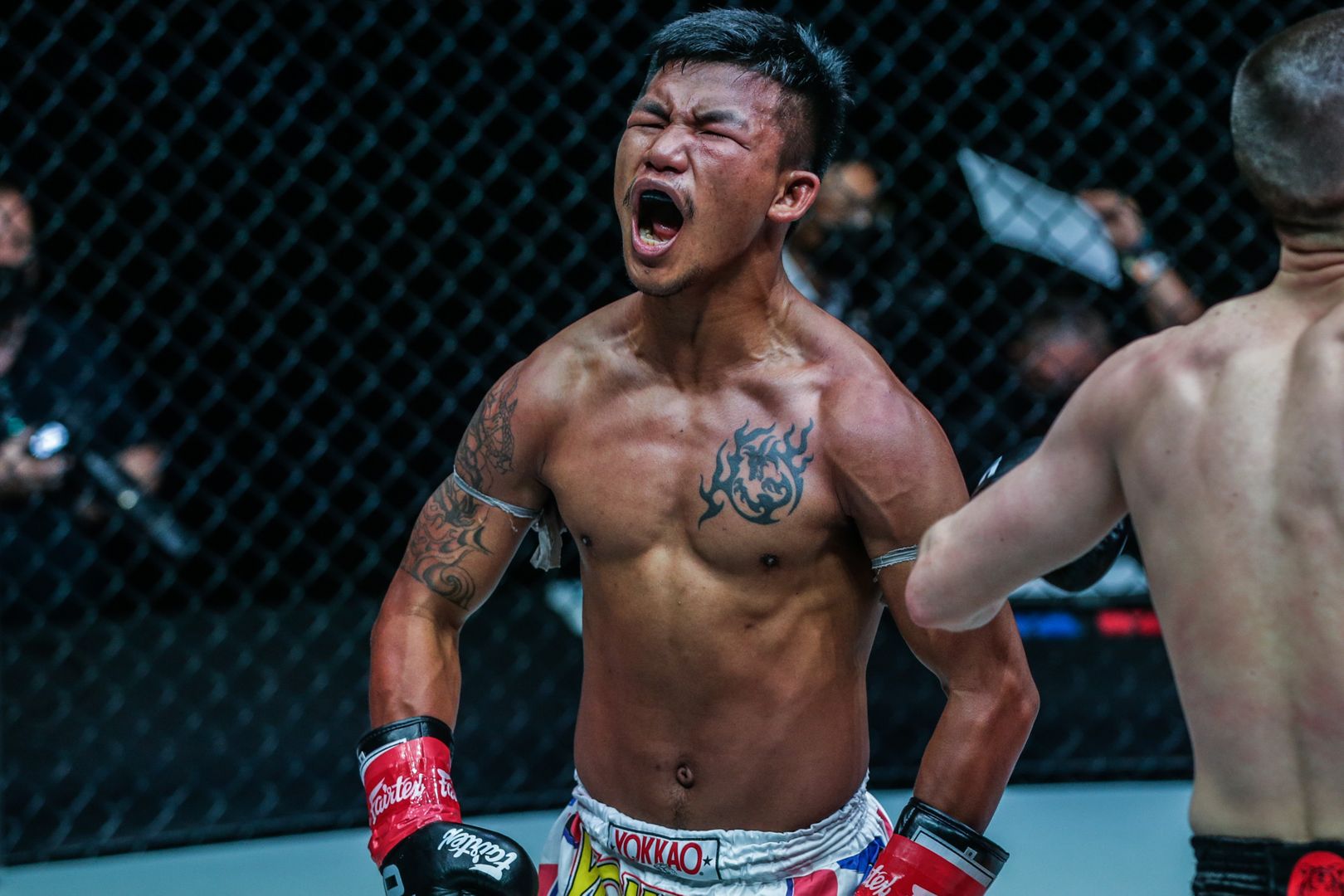 Perhaps it’s only a matter of time before Rodtang sees Adiwang or Mongkolpetch in the Circle.