After receiving a challenge from Indonesia’s top flyweight star, Gurdarshan “Saint Lion” Mangat wasted no time in sending a message back.

“It’s a dangerous callout,” the Canadian-Indian said in response to “Dynamite” Eko Roni Saputra. “And I think it’s a dangerous thing for him to try and get redemption for Roshan.” 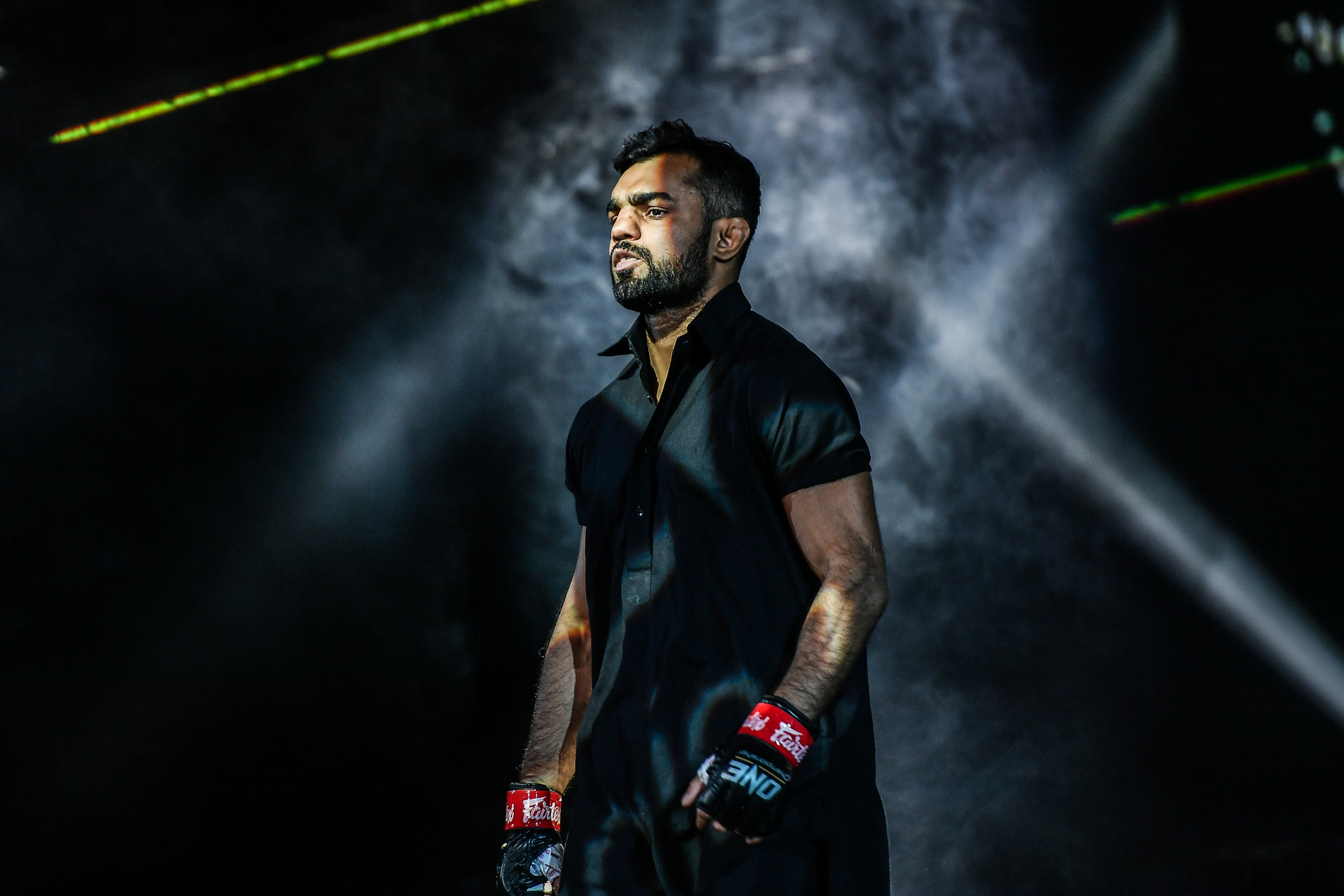 Mangat was referring to Saputra’s Evolve MMA teammate Roshan Mainam, who fell to “Saint Lion” at ONE: DANGAL in May.

Despite landing a few brief takedowns and connecting early with a huge overhand right, Mainam was unable to generate much offense during the mixed martial arts clash.

Meanwhile, Mangat kept the action upright for most of the contest and lit up his rival en route to a unanimous decision victory.

Saputra, a multiple-time Indonesian Wrestling Champion who’s been training alongside Mainam at Evolve in Singapore for the past few years, watched the bout closely and believes he can exploit some holes in “Saint Lion’s” game.

But Mangat is a seasoned veteran who’s enjoyed consistent success in his professional career. With a stellar 16-3 record, he thinks the Indonesian is blinded by a desire to gain redemption for his Evolve teammate – and that his challenge could lead to disaster.

“He should focus on himself, not on getting Roshan’s revenge. But if he wants it, I’m ready. I’ll do it. I’ll sign the fight [offer] and I’ll be ready to go, and it’ll be two people from that team that I take out.”

Taking out Saputra may be difficult, however. The Indonesian has been on fire lately, racking up four consecutive first-round victories and building a dazzling highlight-reel collection.

He’s also aware that a flyweight showdown with the Canadian-Indian veteran would be the “toughest challenge” of his career and would prepare accordingly.

Still, “Saint Lion” is confident that he would snap Saputra’s winning streak and send him back to Evolve disappointed.

“Hopefully, he doesn’t come into this fight too emotional,” Mangat added.

“But if this is what’s motivating him – to get Roshan’s revenge – then get your coaches or talk to ONE, set it up, let’s go. I’m ready to go. I’m definitely not backing down from that.