Gurdarshan “Saint Lion” Mangat looks the picture of confidence and athleticism whenever he enters the Circle, but it hasn’t always been that way for the Canadian-Indian star.

The flyweight has turned his life around – going from an unhealthy, overweight youngster to an elite professional athlete – and his story is a fascinating one.

Find out more with these nine fascinating facts about “Saint Lion.”

Mangat’s parents were first-generation immigrants to Canada from their native India, and their grasp of the English language was very limited upon arriving in North America.

Because of this, Mangat grew up with English as his second language, and he got his education from an unlikely source on television.

“I used to go to school and literally talk like them, not knowing that’s not proper English. The teachers told me to stop talking like that and [stop with] the hand signals, which I would do and stuff like that.”

These days, “Saint Lion” has a never-ending gas tank, and that comes from his commitment to training and his indomitable spirit.

However, he grew up with asthma and still suffers from it today.

By pushing through the times when he wanted to quit, Mangat has managed to create high-level cardiovascular output despite the potentially restricting lung condition.

#3 He Worked At McDonald’s

Mangat admits that he and his family knew very little about nutrition when he was a youngster. This was compounded when he got a job at McDonald’s and ate meals there a staggering five times a week.

While he now competes at the flyweight limit of 61.2 kilograms in ONE, “Saint Lion” weighed almost 80 kilograms at points in his teenage years.

When he found martial arts, he committed himself to nutrition and transformed his body for the better.

#4 He Is Inspired By Kobe Bryant

Although many people have inspired Mangat throughout the years, he cites a legendary basketball player as one of his greatest role models.

“There are people around me everywhere – from my family to my father, to my wife even. But for someone from outside, I would have to say [that I have] role models such as Kobe Bryant,” the Canadian-Indian says.

#5 He Is A Trained Accountant 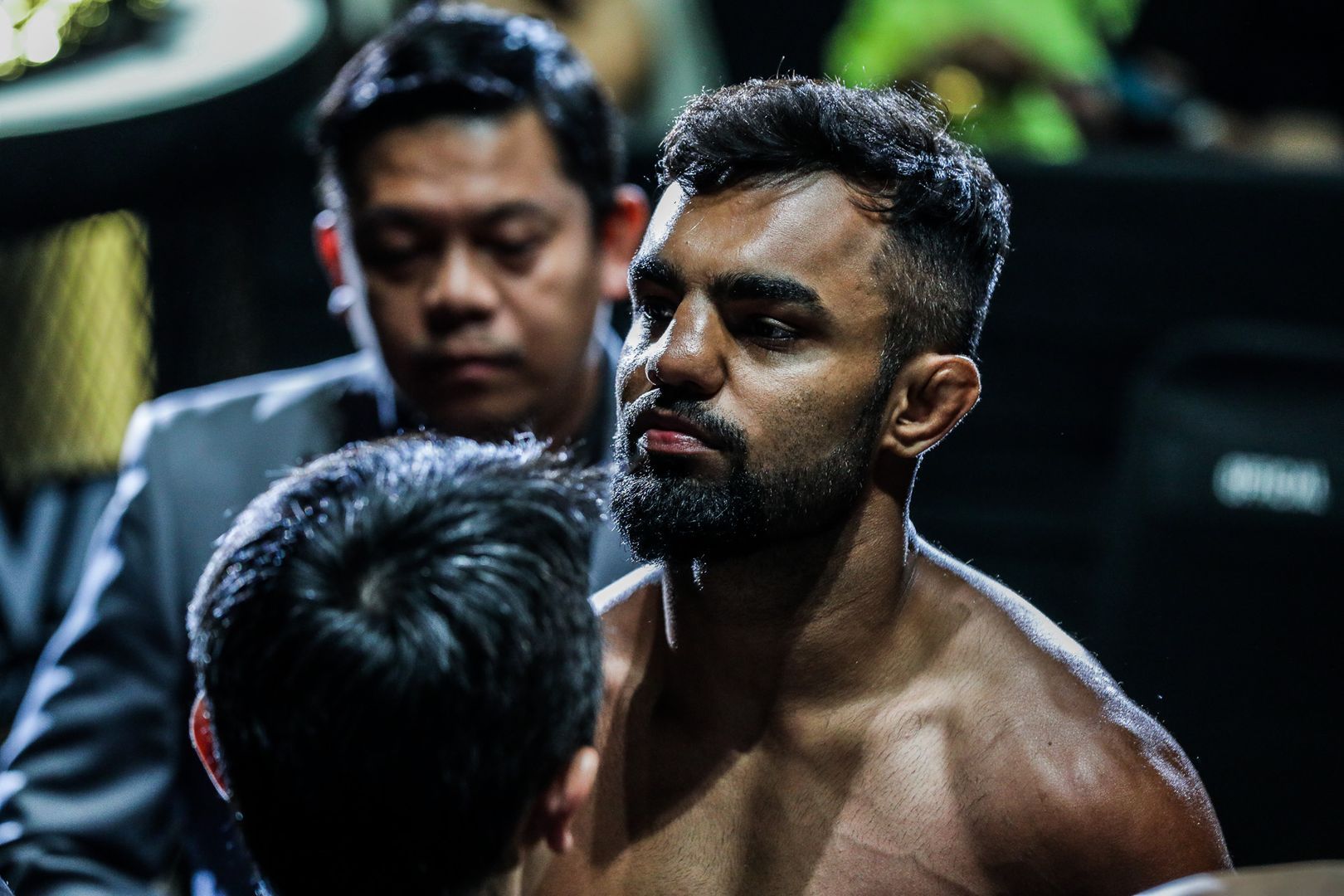 Before fully committing himself to a mixed martial arts career, Mangat qualified as an accountant and looked set for a nine-to-five job in the office – but he knew he was meant for a different path.

His parents were not thrilled with the choice to leave accounting behind, but fortunately, “Saint Lion” had another family member in his corner.

“To go from this very secure future that could have been set, to calling them one day to tell them I wanted to do this mixed martial arts thing with no prior background, it backfired a lot on me at the start,” Mangat recalls.

“My parents had moved me to a nice house in Vancouver, and they were ready to take it all away. But when my grandpa saw my first few fights, he told my dad, ‘Never stop him from doing this – look at him, he has passion.’”

Mangat is now a successful professional athlete who leads a busy life in the United States preparing for his bouts. However, he also has more on his plate, including fostering children — though he credits his wife for her strength and hard work on that front.

“Our home is a foster home where we take care of kids with high-risk use and kids who are in their teenage years,” Mangat says.

“When I’m in a training camp, [my wife] has to take a lot on her shoulders, plus handling all the pressure of the fight, the anxieties, and the things that I go through. She’s a huge person in that.”

#7 India Is His Favorite Place

Though Mangat was born and raised in Canada, no place has elicited a feeling quite like his ancestral homeland of India.

“That’s the holy pilgrimage and just when you walk in there, just the energy and the vibration that’s there, it’s unmatched to anywhere I’ve ever been.”

#8 His Favorite Pastime Is Stocks

While the height of the COVID-19 pandemic was difficult for many people around the world, Mangat used his time away from the gym to improve his all-around skill set.

Coming from a background in accountancy, he already had a grasp of numbers, but he committed himself to learn more about trading – and that quickly became a second passion.

“My favorite pastime is to study stocks,” Mangat says.

It’s clear that “Saint Lion” has experienced a lot over the years and fought back from some tough situations, and that would inspire the name of a book about his life.

“The title would be ‘The Underdog Story.’ I think I’ve always been doubted my whole life. Even when I started MMA, I was the accountant who came into mixed martial arts,” Mangat says.

“I’m one of those people who has proved [himself] day in and day out, and now I’m making my ride to the top. So, I think the story isn’t complete until I have the gold belt.

“That’s the next chapter of the story, and then ‘The Underdog Story’ will be complete.”