There have not been many transformations quite as incredible as that of Gurdarshan “Saint Lion” Mangat.

The Indian-Canadian athlete turned his life around with martial arts and now, at the age of 33, he could not be any further from his old self — both physically and mentally.

From Nothing…To Something …small town kid still dreaming and climbing everyday. ???????????????? Sometimes you forget the road you could have ended up at, the average you could have lived, never learning to love yourself so you could begin to love the world around you,the comfort you could have been attached to and never pushed to see your own potential and what this world truly can be once you realize you can create your own … Repost @bravemmaf () ・・・ This average overweight kid's spirit led him to represent the hopes and dreams of millions. . #Throwback #ThrowbackThursday #TBT #Canada #India #MMA #tbt #punjabi #punjab #inspire #motivate #selfworth #sacrifice #hardwork #vancity #itwasalladream #overweight #weightlosstransformation

Since joining ONE Championship last year, Mangat has become one of the most exciting competitors in the flyweight division and a leader in the Indian mixed martial arts movement.

Things were very different in his childhood, however. “Saint Lion” lacked confidence and he was frequently tormented by his classmates.

“I was somebody who didn’t have a mind of his own. I was a follower. I could easily be told what to do. I didn’t believe in myself, and I was just trying hard to get by day to day.

“I was an easy target for anybody else to feel good about themselves by picking on me and bullying me. That’s the definition of that picture, me dealing with a lot of anxiety and depression.”

Also, Mangat worked in a fast food restaurant and ate junk food almost every day. That only intensified the situation, as his physical health suffered alongside his mental health.

“I had asthma at this point, and I wasn’t taking care of myself,” he adds.

The Vancouver-based Indian did not believe he was destined for greatness, so he continued to neglect both his mind and body in the years that followed.

By the time he reached the age of 22, however, something changed.

“Saint Lion” had discovered mixed martial arts and threw himself into his training. Mangat’s passion continued to grow, and he soon recognized that he could turn his life around through hard work, knowledge, and self-belief.

“I noticed day by day that my spirit, my mind, my body, and my surroundings started changing when I realized that I deserved the best,” he reveals.

“Once I realized that, my body started changing. I took control of who I was, and what I was feeding my mind and feeding my body. I knew I could become someone elite.

“I started studying nutrition. I needed to truly understand what I needed to eat. The Indian diet consists of a lot of salt and a lot of carbs, so I had to change all that around. I started cooking for myself and became strict with what I was putting in my body.”

Now more conscious of his food selections, Mangat followed a much healthier diet to complement his training routine.

Through this newfound awareness and dedication, he sculpted his body, altered his mindset, and earned his reputation as a world-class martial artist. 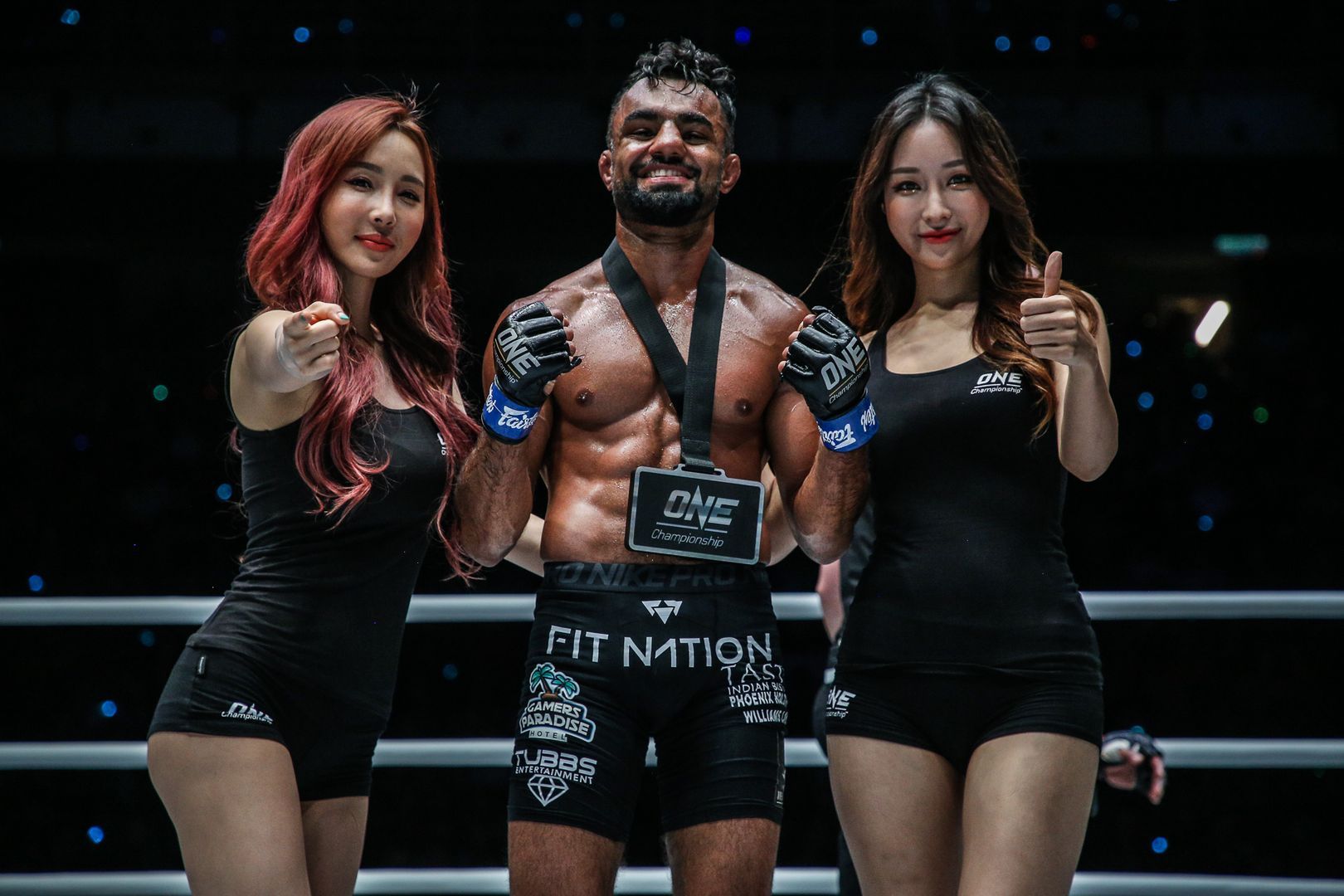 All of these pivotal changes led to success, and it gave him a second chance at becoming the person he always wished he could be.

“The guy that you see in the other picture is somebody who has finally found his voice, somebody who believed he could become whatever he truly set his mind to,” Mangat asserts.

“Instead of being the sheep my whole life, I wanted to be the lion that could carry himself with respect, that could inspire other people, and that could just become a lion of life.

“That’s something that, to this day, I stand by, and it reminds me of the guy I was for 22 years in the first picture. I didn’t want to be that guy ever again.