The Kyrgyzstan citizen experienced a tremendous amount of adversity at both the beginning of his life and his ONE Championship career, but he found a way to overcome every single one of his challenges.

Now, he is the reigning ONE Welterweight World Champion, but the 26-year-old athlete knows he could not have gotten this far all by himself. He had some much-needed help and encouragement in his incredible journey.

As Abbasov prepares for his inevitable return, take this opportunity to learn more about the man called “Brazen” and the challenges he endured to reach the pinnacle of mixed martial arts.

A Difficult Childhood In Kyrgyzstan

Abbasov was born and raised in a small village 30 kilometers away from Bishkek, Kyrgyzstan, and he had a very difficult childhood.

When he was just three years old, his parents divorced. The athlete’s father left the family, which meant his mother, Nona Alieva, had to raise both him and his sister by herself.

His mom desperately tried to make ends meet as a nurse, but she could barely provide for her two kids. Also, it was not easy to keep an eye on her son.

“My academic record and attendance dropped when I started getting into my teens. I was skipping classes and studied very little,” he admits.

However, the teenager cared for his family. He eventually dropped out of school to work odd jobs and bring some income into the household.

“I worked at petrol stations and shops,” he continues. “It didn’t bring in much money, but it was better than nothing. Even as a little boy, I understood how hard my mother’s life was and I wanted to change it.”

Abbasov’s passion was sports, and he hoped to change his mother’s life by becoming a world-famous soccer player. In fact, he spent hours practicing his footwork and dreamed of making it big like his hero, Zinedine Zidane.

“I wanted to be strong, skillful, and popular, just like him,” he recalls. “I think most boys want to become famous footballers, and I wasn’t an exception.”

The Kyrgyz athlete’s taste expanded when he was 14 years old. He became interested in the “beautiful sport” of boxing and looked up to heavyweight icons “Iron” Mike Tyson and Muhammad Ali.

Soon, he would be immersed in martial arts. 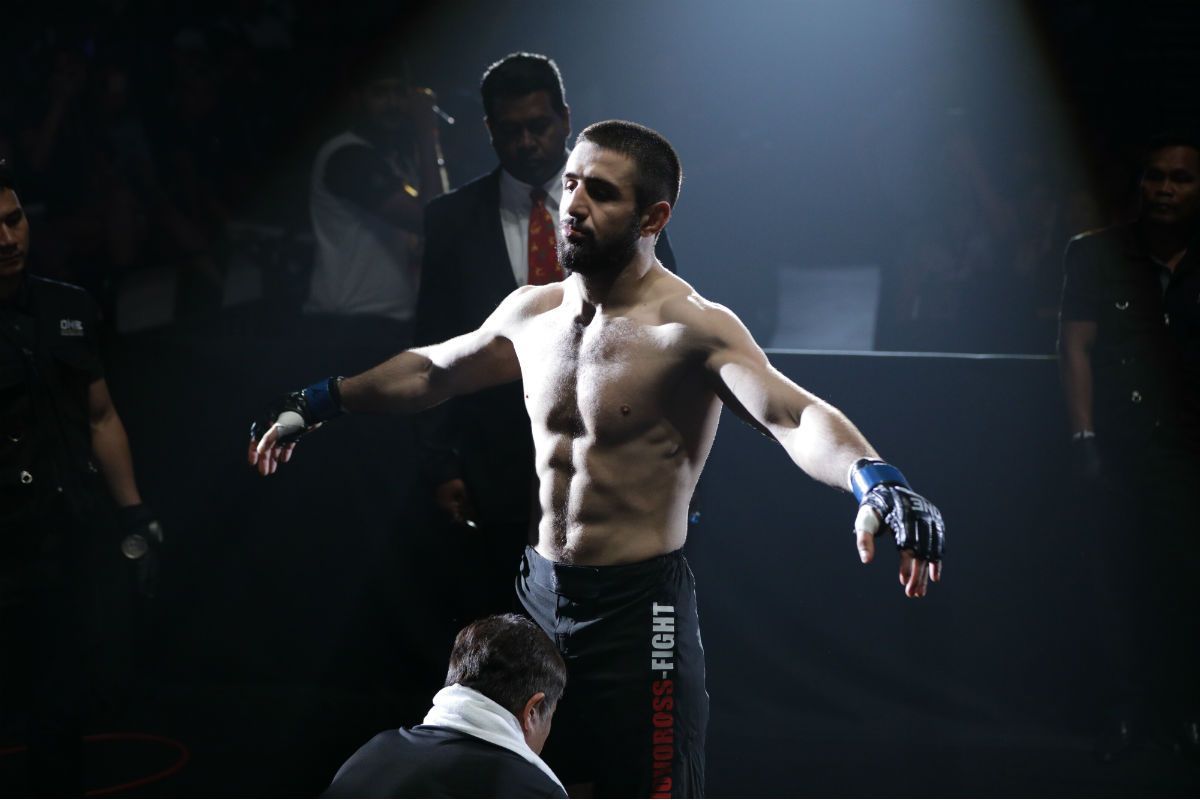 There may not have been a steady father figure in Abbasov’s life during his childhood, but in his teenage years, his uncle, Yakub Aliev, stepped up and gave him some much-needed direction.

Yakub, an accomplished kickboxer, knew about his nephew’s love for combat sports. With that in mind, he put “Brazen” on a strict routine in an effort to straighten him out and bring out the best in him.

“My life could have gone in a totally different direction had it not been for his guidance and the discipline he instilled in me,” Abbasov explains.

“He made me go to wrestling classes. He became my first coach, and he was tough on me. For three years, my life was run on a military schedule. I had to be asleep at 10:30pm, and up at 5:30am. He made me train two or three times a day, including running 10-15 kilometers daily.

“I understand now that he wanted to be sure that I had no spare time for getting into trouble. He made me who I am now. Martial arts help boys grow into men fast. They were my [springboard] into adulthood and into life.”

Armed with boxing and wrestling skills, it was only a matter of time until Abbasov turned his attention to mixed martial arts, which was the fastest growing sport in the world and gaining momentum in Central Asia.

Intrigued by the success of Russian heavyweight legend Fedor Emelianenko, the young athlete bought a DVD of PRIDE and was fascinated by what he saw.

“I was immediately hooked. I saw a sport that combined striking and grappling skills like no other. It was a challenge that I’d been craving for,” he explains.

“My uncle, of course, knew people in martial arts, so I quickly found a good group of guys to train with.” 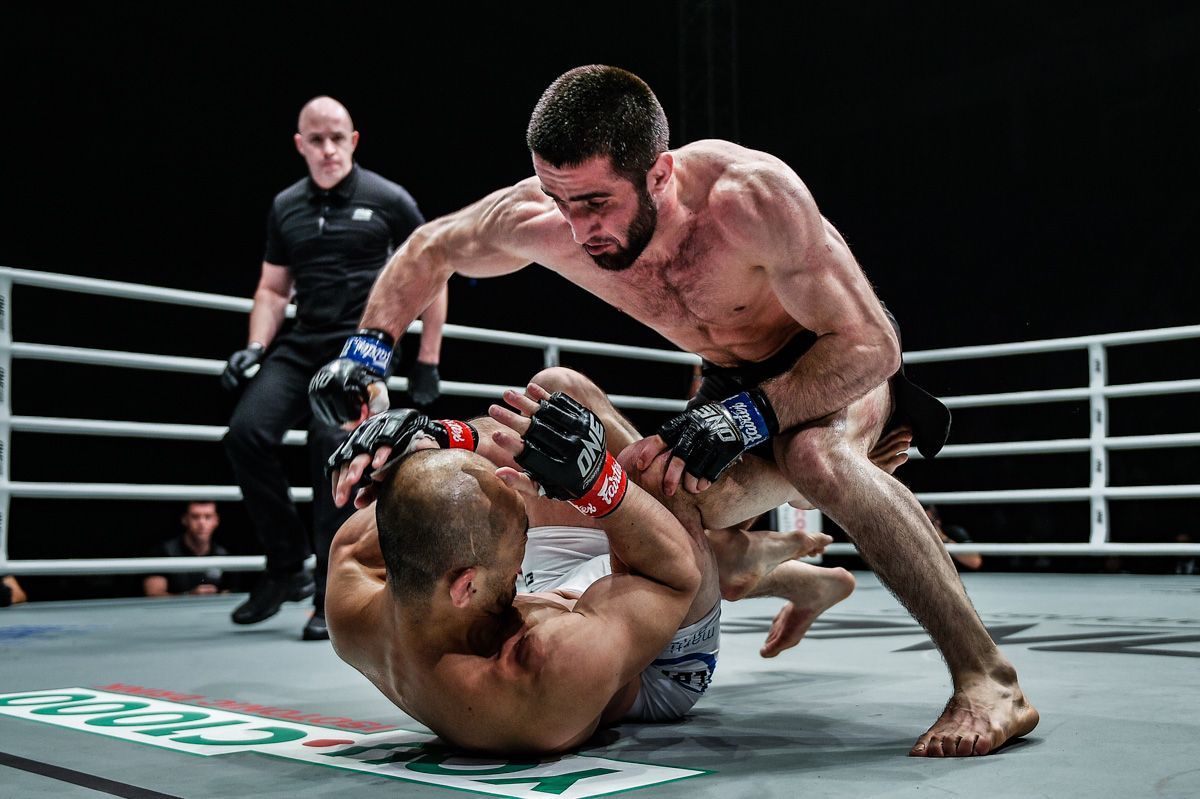 After years of rigorous training under his uncle, Abbasov quickly learned to combine his striking and grappling skills with fluidity, which hinted at a bright future.

At the age of 18, the Kyrgyz athlete got his first mixed martial arts victory despite only having two months of cross-training under his belt. The thrill and adrenaline rush grabbed him immediately.

“You might say it was too soon, but the opportunity was there, and I took it, and I won,” he says. “I tried to fight as much as possible. I was hungry to fight and to win.”

More bouts followed and soon, his name became well-known on the regional circuit.

“Brazen” won 18 matches, with nine coming by way of knockout and three by submission.

Also, he earned a Master Of Sport title in Kyrgyzstan and the Prime Selection GP Welterweight Championship. That caught the attention of matchmakers in the world’s largest martial arts organization.

Abbasov may have had a rough start to his ONE Championship career, but he quickly re-adjusted and achieved greatness.

In December 2018, he became the only man to submit former ONE World Title challenger Agilan “Alligator” Thani when he finished the Malaysian grappler via rear-naked choke in the first round.

“Brazen” followed up that stellar performance by spoiling the highly anticipated debut of Yushin “Thunder” Okami in May 2019. He beat the Japanese mixed martial arts legend via second-round TKO.

Ultimately, he made the most of the title opportunity.

Over the course of five rounds, Abbasov utilized his well-rounded skill set to decimate the Swedish heavy-hitter. He scored a unanimous decision victory and claimed the gold.

“It was an incredible moment, and I was totally blown away,” he says. “I felt like I had achieved something very big. I was proud, happy, and excited – it was very hard to control my emotions.”

Perhaps what made that moment even more emotional was remembering his childhood back in Kyrgyzstan and thinking about the person who sacrificed everything for her kids.

That person is always in the back of his mind, and she keeps him focused and determined regardless of how tough things ever get.

“I fight for my mother. My motivation to train and to fight has always been to help her,” Abbasov states.

“She has worked hard to let me have a roof over my head and food on my table. I fight to see her happy now.”

Read more: How A Father’s Strong Belief Set Eddie Alvarez Up For Success