Kiamrian Abbasov picked up the biggest win of his career in Jakarta, Indonesia, and took another step closer to a ONE Welterweight World Title shot.

On Friday, 3 May, the Kyrgyz warrior spoiled the ONE Championship debut of Japanese mixed martial arts icon Yushin “Thunder” Okami.

Nearly a minute into the second round, Abbasov knocked down the well-respected veteran and quickly finished him via TKO.

Kiamrian Abbasov spoils Yushin Okami’s ONE debut with a POWERFUL ground and pound finish at 1:10 of Round 2!

Kiamrian Abbasov spoils Yushin Okami’s ONE debut with a POWERFUL ground and pound finish at 1:10 of Round 2!Watch the full event on the ONE Super App ???? http://bit.ly/ONESuperApp | TV: Check local listings for global broadcast

While he ultimately got the job done, Abbasov had to survive an early scare in the opening stanza.

Okami, who enjoyed a significant height and reach advantage, was the aggressor in the early going. He tried to close the distance and constantly pursued his rival across the ring.

The Kyrgyzstan native was able to clip Okami with a stiff right hand during one exchange, but it was the Japanese veteran who controlled the pace before eventually connecting with a well-timed inside trip takedown.

Once they went crashing to the canvas, the 37-year-old Kanagawa, Japan resident maintained control with a smothering top game. Abbasov tried to escape, but he was stuck underneath him until the bell sounded to end the frame. 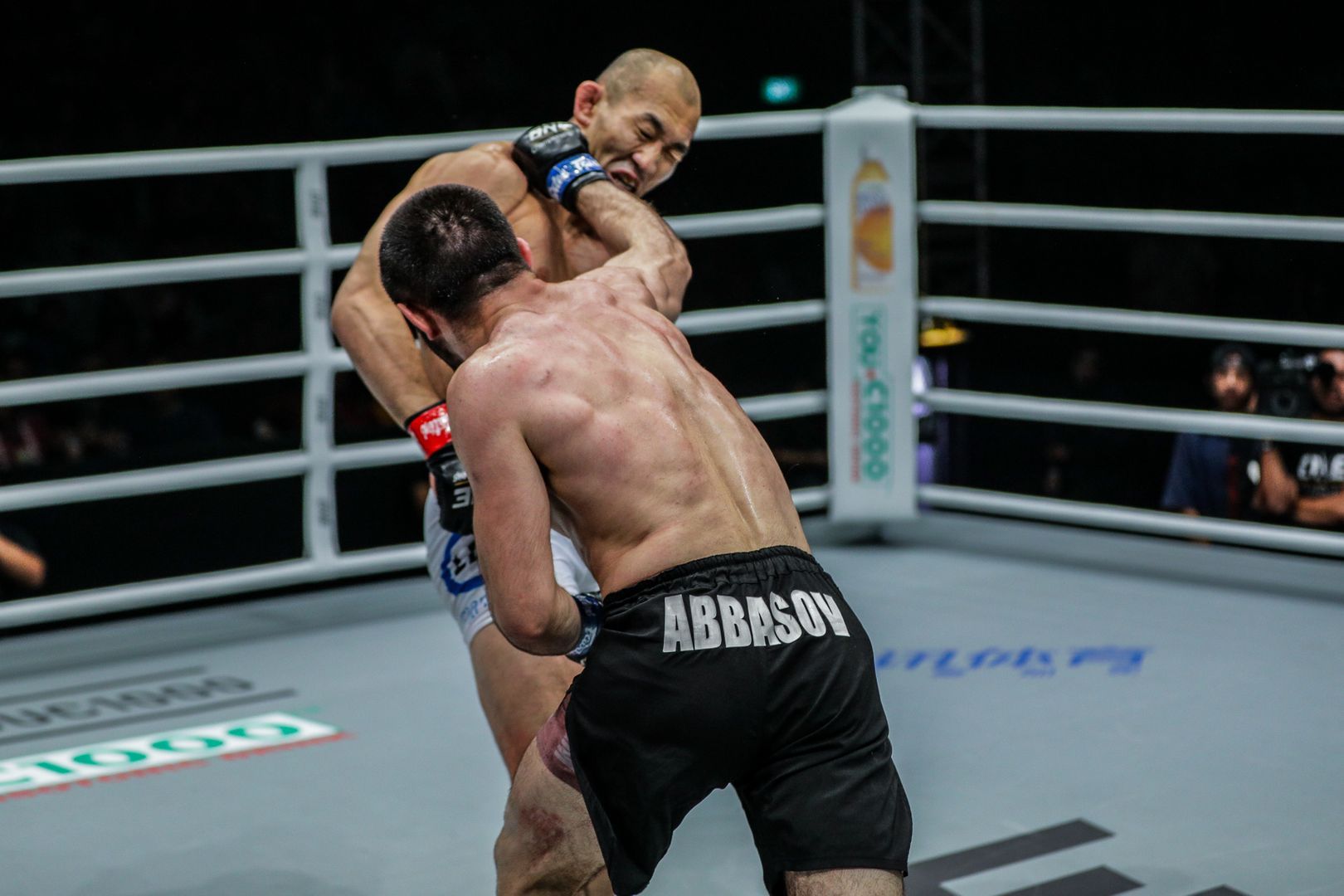 As the second round got underway, the roles were reversed.

This time, Abbasov was on the attack, as he was trying to showcase his powerful striking and avoid his opponent’s best attempts to get inside again.

One minute into the stanza, the Kyrgyz athlete dodged his foe’s jab and responded with a looping right hand, which sent “Thunder” stumbling down to the ground.

Abbasov followed him to the mat and immediately fired massive punches from the top. Okami did his best to block the shots, but the 25-year-old was relentless with his offensive flurry. 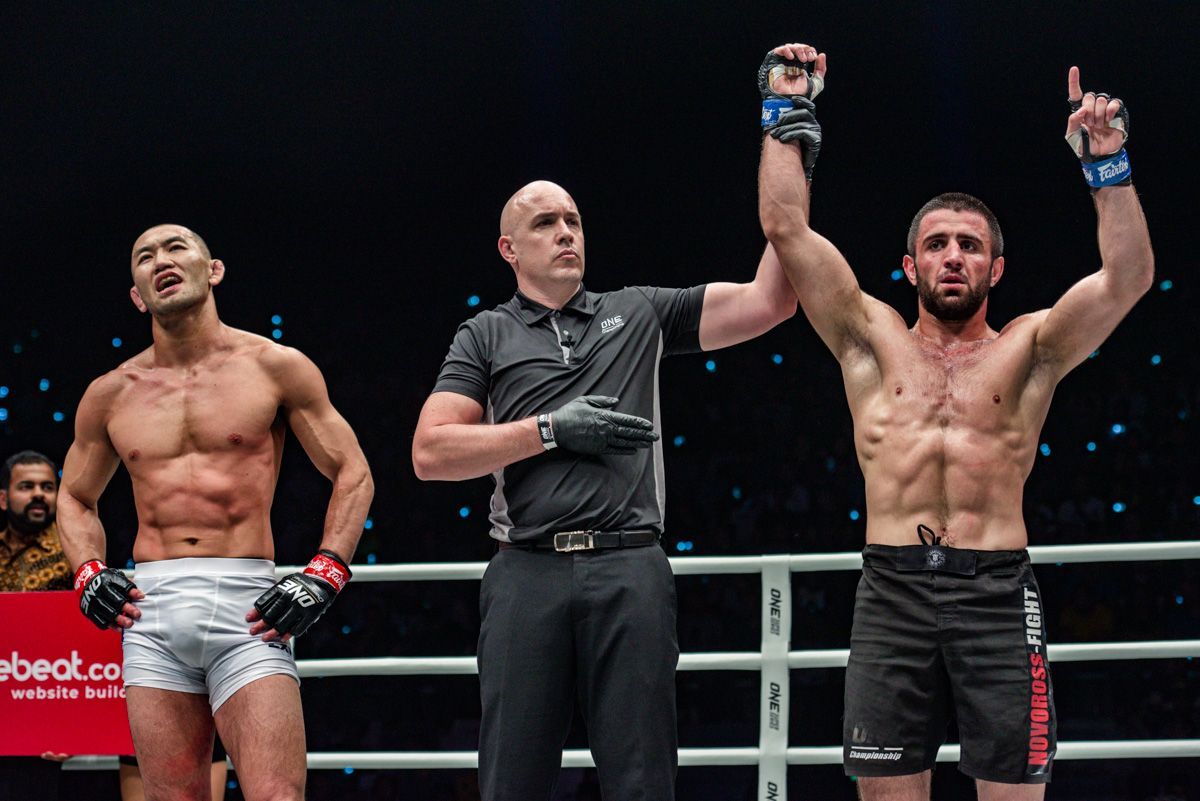 The barrage of punches quickly became too overwhelming for the Japanese veteran, and referee Olivier Coste had no choice but to stop the contest at 1:10 of round two.

It was a statement win for Abbasov, who entered the Istora Senayan in Jakarta, Indonesia as a decided underdog. However, he left the arena with the biggest victory in his nearly nine-year professional career.

He improved his record to 21-4 overall, and could soon find himself challenging ONE Welterweight World Champion Zebaztian “The Bandit” Kadestam for the gold.