The ONE Welterweight World Championship changed hands at ONE: DAWN OF VALOR, but that came as no surprise to Kiamrian “Brazen” Abbasov.

Last Friday, 25 October, the Kyrgyz athlete dethroned Zebaztian “The Bandit” Kadestam in Jakarta, Indonesia, thanks to the performance of his life, which saw him outgrapple his rival to secure a unanimous decision after five rounds.

However, the 26-year-old admits victory did not come easy, as he had to survive his rival’s dangerous Muay Thai attack to go the distance for the first time.

Following his triumph at the Istora Senayan, Abbasov reveals how he executed his career-defining display, what the result means to him, and why he did not want his wife to watch him compete.

ONE Championship: Congratulations on your win – you are the new ONE Welterweight World Champion! What does this win mean for you?

Kiamrian Abbasov: This is the most important win in my career so far, so it means a lot. I can’t believe I am the World Champion – it feels great!

This win cost me a lot in terms of blood, sweat, and tears. I trained very hard for it, so it gives me a sense of accomplishment and pride, too!

ONE: What did it feel like when you heard “and new,” and felt that belt being put on your shoulder?

KA: It was an incredible moment, and I was totally blown away. I felt like I had achieved something very big. I was proud, happy, excited – it was very hard to control my emotions.

Even though I knew I was leading throughout the fight,  it was still a very emotional moment when they handed me over the belt.

ONE: Were you sure you won all five rounds?

KA: I knew I was leading during the fight. Even when the fifth round started, I knew I had won all the previous four rounds. I acted according to my game plan – to take my opponent down, and then finish him. I had put 100-percent into training and into my performance, so I was sure I was on top.

I really wanted to go the distance, so I am glad I got a chance to test myself. I followed the plan, so things were under control, but after round four, I was really tired, and my body was not listening to me properly. I won thanks to my willpower and determination. I knew I had to push forward, so that’s what I did.

ONE: Who did you call first after the win?

KA: First of all, I called my wife to ask her about her health. She is pregnant with our second kid, and to be honest, I didn’t want her to watch the fight – it is not good for her to get nervous.

After I asked her how she felt, and she asked me the same back, and it made me laugh. I spoke to her and then to our daughter, and then I called my mother. It was a great moment to share my happiness with my family.

ONE: How did you celebrate your win?

KA: Actually, I have not had a chance to celebrate yet – I am still on my way home, but this week I will get together with my family, and of course with my friends. It will be a great celebration, no doubt! 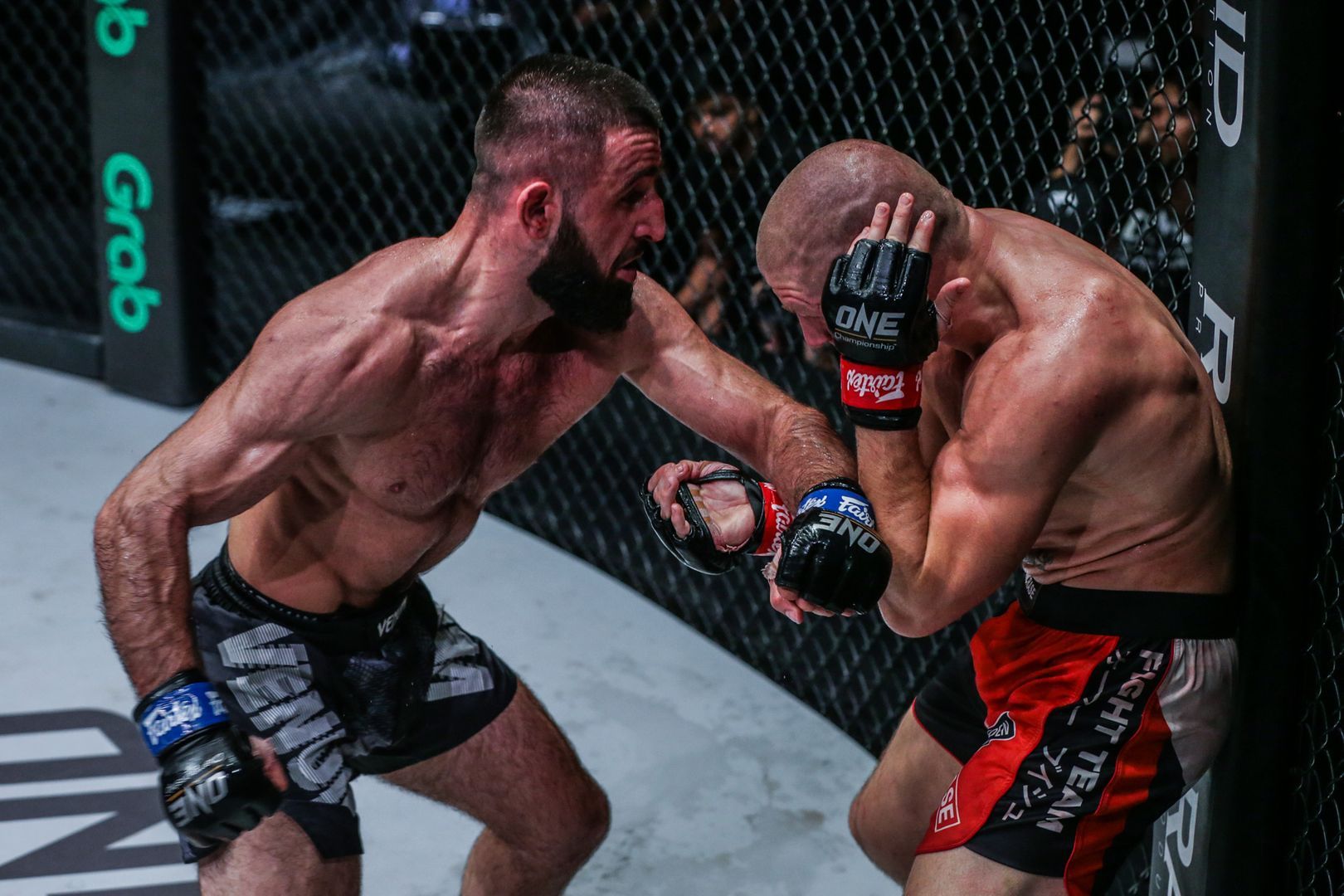 ONE: Were you close at any time to finishing the fight earlier?

KA: Yes, I remember a moment at the end of the first round – I took his neck and could have choked him out, but there were only 10 seconds left, and my corner shouted to leave him. They thought there was not enough time to finish Zebaztian, and they didn’t want me to waste more energy, so, I just held him there.

In the third round, there was another moment when I got his back – actually I was trying to get his neck again – but we were so sweaty and slippery that my attack did not go according to plan.

I rocked him with punches and knees several times, but he is a strong and durable guy – he managed to handle it all. Huge respect to him for that.

I want to thank him for being a great opponent – skilled, very respectful, relentless. I hope we showed a great fight and the fans loved it. I believe it was a real World Title fight fit for a main event.

ONE: He seemed to move you with several kicks. How did those feel?

KA: He really has got amazing kicks. His low-kicks feel pretty mean. As a Muay Thai specialist, he has got great elbows, too.

ONE: Were you surprised by his defensive grappling skills?

KA: Oh, yes, he surprised me, but most of all, he surprised my corner and my coaches. He must have trained a lot to get this great level of wrestling defense, and I really liked it.

He definitely did his homework, but just like with any other opponents, I just kept putting pressure on him.

ONE: Did you plan that spectacular outside sweep you executed in round three?

KA: No, it was not planned at all! I tried this technique several times during sparring sessions, but it was not a part of my game plan.

When I saw he had a wide stance, I took a chance – it worked. The crowd loved it and my opponent looked surprised!

ONE: What prompted you to change things up to stand with him at the start of round four?

KA: I am a mixed martial artist, which means I have to be versatile and have a good level of both stand-up and grappling. I wanted to showcase my striking to my future opponents. Now they know! 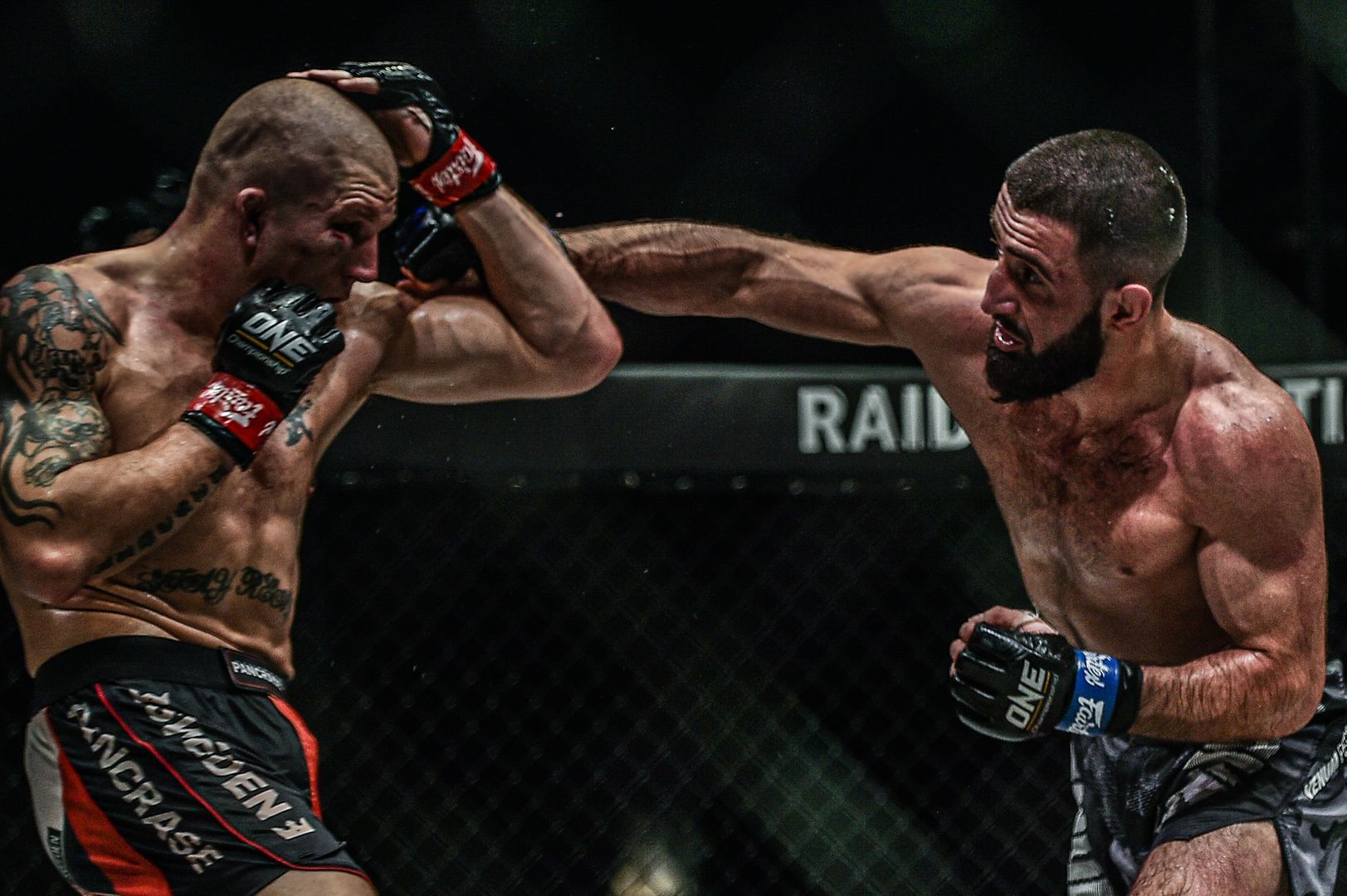 ONE: Did you hear the crowd chanting your name? How did it affect you?

KA: In the first two rounds, they supported Zebaztian, but from the third round, you could only hear my name. I must have won their hearts with my work. It was exhilarating for me, but might have affected my opponent.

ONE: How did you feel in the final round?

KA: I watched our fight again just several hours ago and I could see how exhausted we both looked.

Despite tiredness, we both went into this round like we were going to war. Neither wanted to lose – we were like two samurai warriors ready to go until the very end.

ONE: How have people reacted to your win in Kyrgyzstan and where you live in Russia?

KA: I can tell you that lots of people must have watched that fight because as soon as I landed in Russia, I felt that now I am famous.

Immigration officers wanted to take photos with me and asked for my autographs, people at the Domodedovo airport [in Moscow] kept coming up to me for a photo, and I am still receiving messages on social networks from people congratulating me for this win.

Many people in Russian and Kyrgyzstan watched this fight! I hope I can respond to all my fans as soon as I have some more free time.

Read more: The Best Pictures From ONE: DAWN OF VALOR