Gurdarshan “Saint Lion” Mangat promised to set his mentorship of Roshan Mainam aside in their battle at ONE: DANGAL, but the seasoned veteran still took the young star to school.

Mangat put on a striking masterclass from start to finish, as he scored a unanimous decision victory over the wrestling sensation in their all-Indian clash at the Singapore Indoor Stadium, which aired on Saturday, 15 May. From the onset, “Saint Lion” brought the energy in the stand-up game. He targeted Mainam’s legs and pushed his younger opponent to the Circle Wall with high-intensity pressure.

Mainam connected with his biggest shot of the night early on when he clipped “Saint Lion” with an overhand right, and then he followed it up with a takedown that landed him in Mangat’s guard.

However, the Canadian-Indian managed to power up and, after a brief moment in the clinch, he connected with some knees to the body and landed an uppercut to end the round.

Then, Mangat really took over in the second frame. 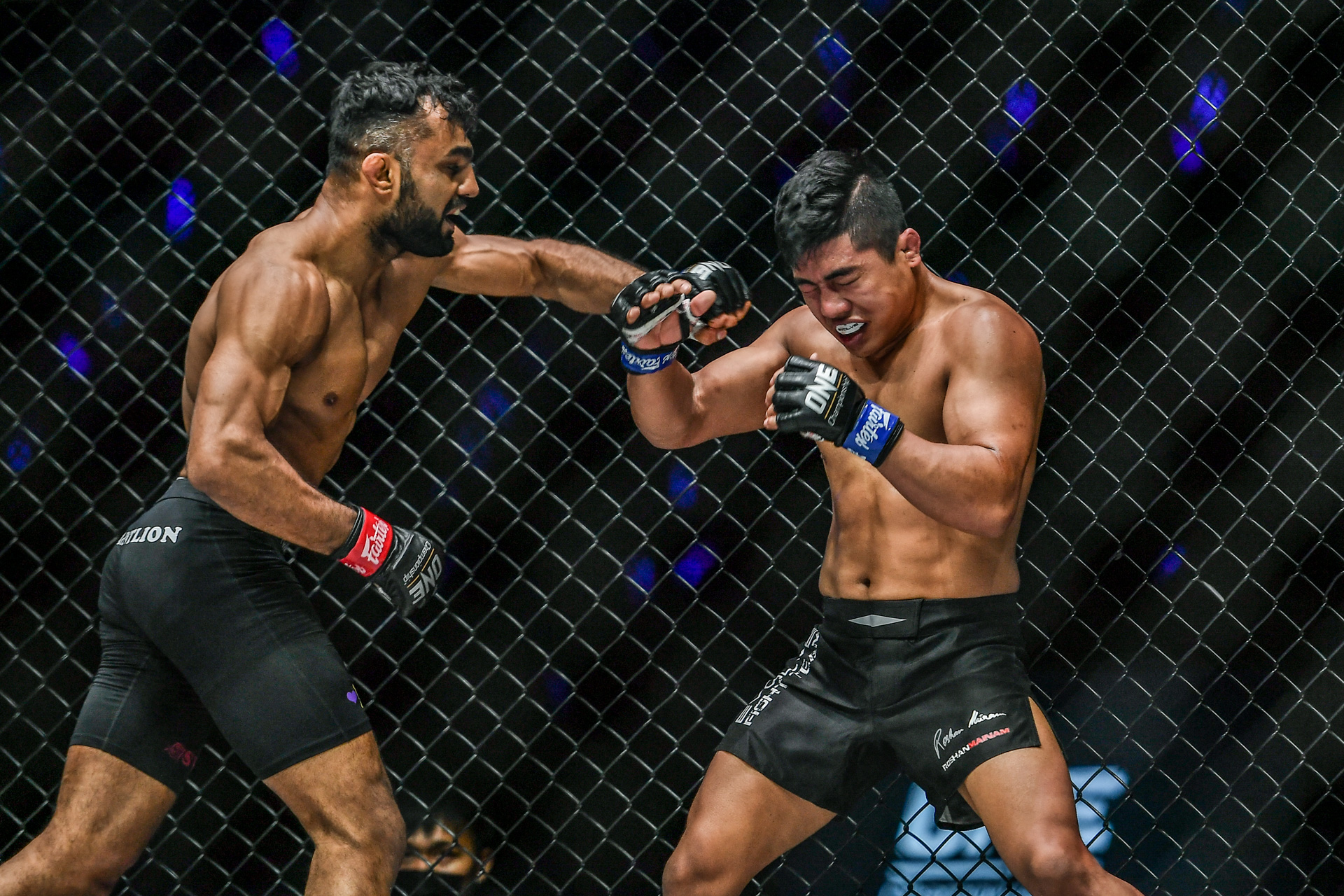 Though there weren’t any notable power shots from the Canadian-Indian dynamo in round two, his combinations were more than enough to highlight his dominance and give Mainam no room to operate.

Mangat loaded up on those combos, going high with left and right hooks before ending with either a head kick or a blistering kick to the outside leg, which continued to hamper the Evolve athlete’s mobility.

The wrestling star found a bit of hope early in the third round when he got Mangat on his back, but that position didn’t last long. “Saint Lion” quickly sprawled back to his feet and pushed forward, and while Mainam landed a solid right, his opponent was just too zoned in to be bothered by it.

The Xtreme Couture and 10th Planet Las Vegas representative continued to move forward and land combination after combination. Out of desperation, Mainam looked for another big overhand right, but that wasn’t working as Mangat moved well and continued to make his foe miss. 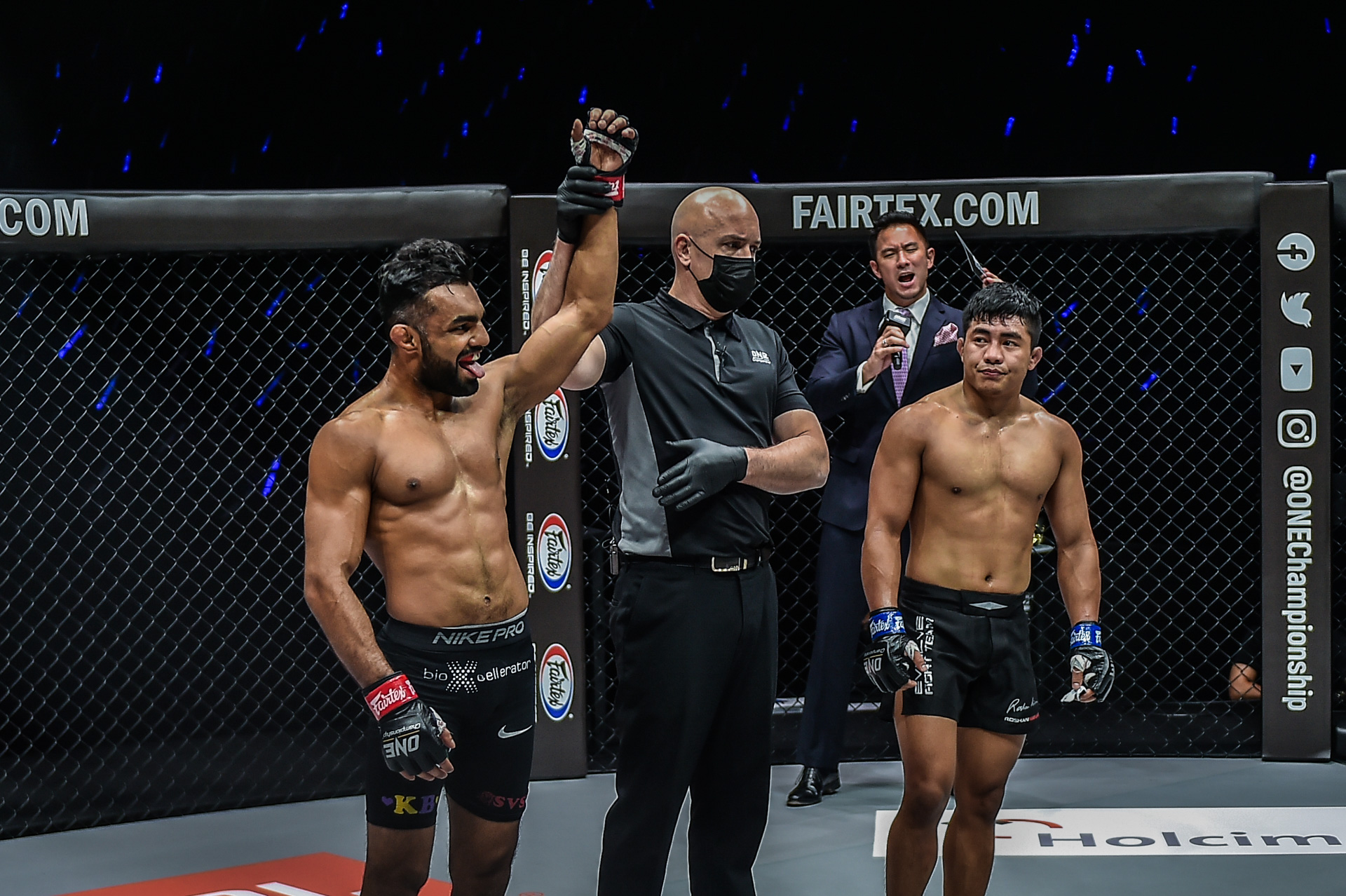 After three rounds of action, there wasn’t any question surrounding the scorecards.

Mangat walked away with a clear-cut unanimous decision victory that improved his career record to 16-3 and could make him a contender in the flyweight division. In the process, he handed Mainam the first defeat of his ONE Championship tenure.