Colbey Northcutt may be a multiple-time Karate World Champion, but she is evolving from a devastating striker to a truly complete mixed martial artist.

The American proved that at “ONE on TNT IV” in April, as she displayed her newfound submission prowess by finishing Courtney “No Mercy” Martin with an armbar just minutes into their catchweight showdown.

Since that clash on United States prime-time television, a lot has changed in the combat sports world around Northcutt.

In this exclusive interview, Northcutt talks about her career-changing victory at “ONE on TNT IV,” shares her thoughts on the budding rivalry between her brother and Aoki, and ponders Logan Paul’s chances in mixed martial arts. 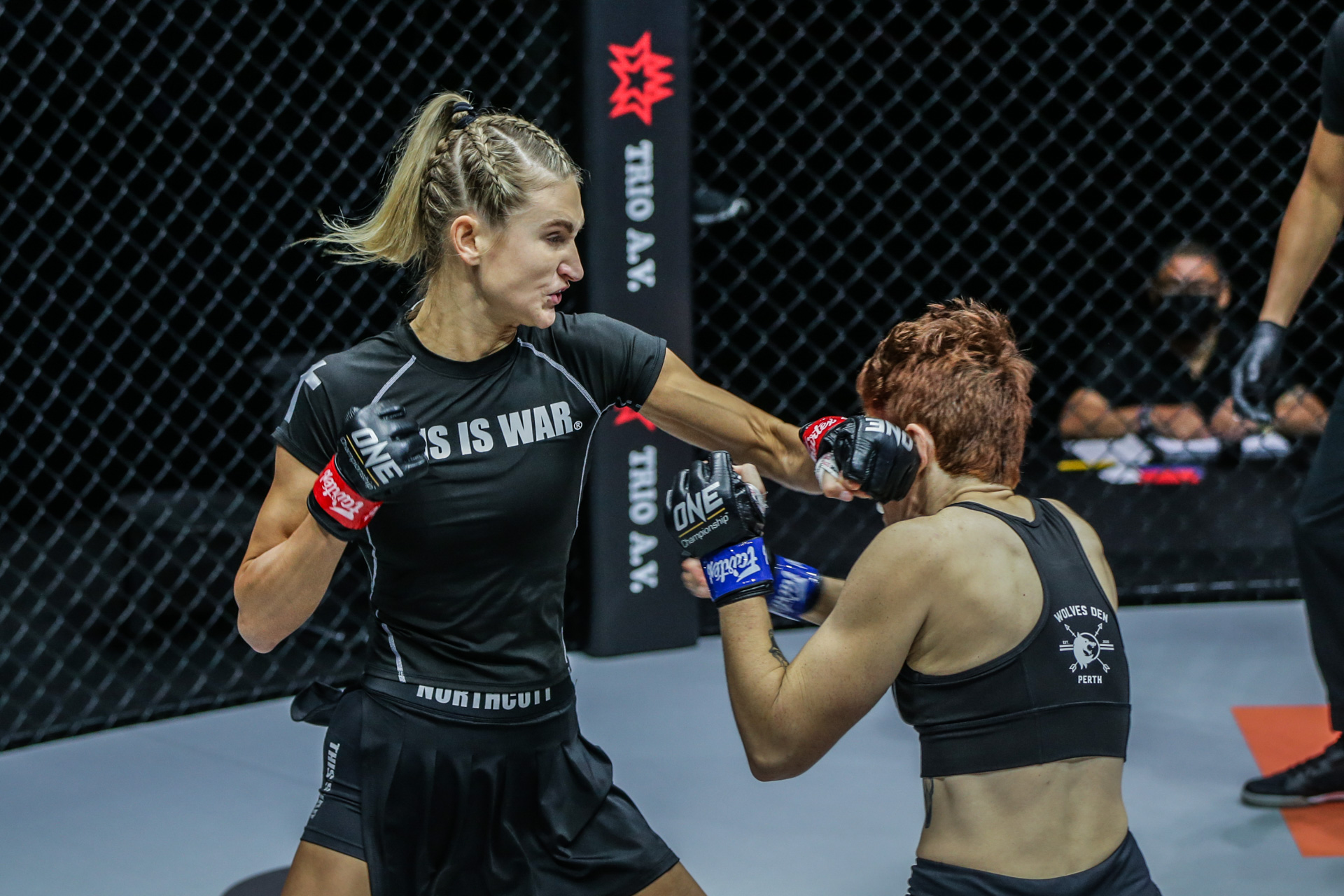 ONE Championship: You’re known primarily as a striker, but at “ONE on TNT IV,” you opened the show by submitting Courtney Martin. Walk us through the finish and what you think it showed fans and fellow fighters?

CN: I think everybody looks at me as a striker. I’m a very tall, long striker – and I do work my jiu-jitsu, I work my grappling, and I have been working wrestling. So if I was shorter, and I was fighting somebody tall with my attributes, I would want to take me down too.

I was really slow to start, actually. I was a little disappointed with how my striking looked. To be honest, I didn’t get to throw a single kick. I didn’t get to show any kind of movement. I mean, Courtney came straight forward and backed me right up against the cage, so that’s something that I’m a little bit disappointed in. But I stayed patient.

I remembered everything I had worked on through that camp, and I was able to showcase a little bit of my jiu-jitsu. I just had to trust my instincts. I was put in those bad positions that I kind of thought were going to happen. I didn’t think it would happen so quickly, but everything worked out the way it was supposed to, and I’m happy with the finish. I’m happy that it was an armbar too. 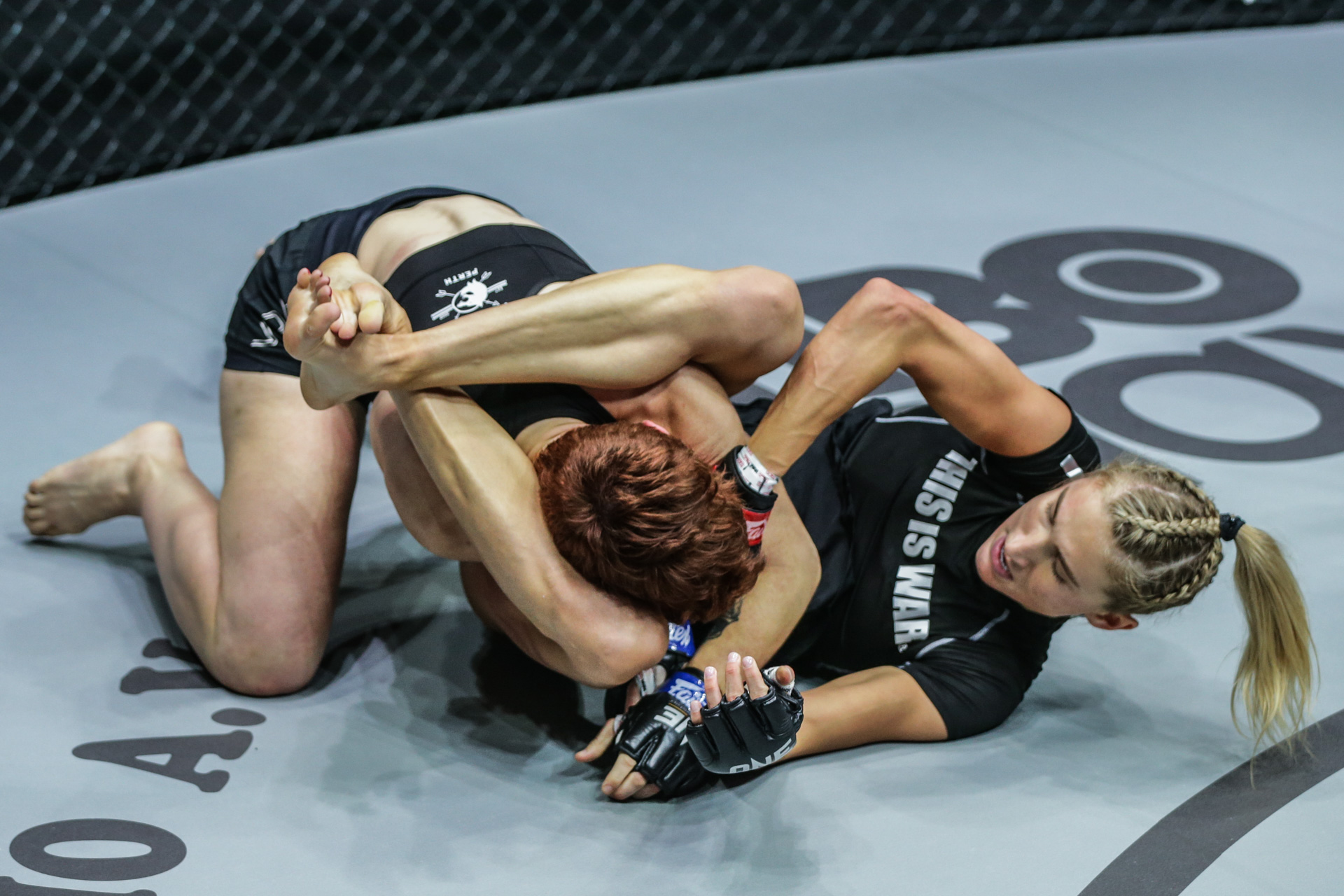 ONE: How did it feel to have your friends and family watch your bout on U.S. prime-time television? Did you notice any changes after the event?

CN: Actually, yes, a big difference. So many more people were able to watch my fight than before. A lot of people had to go back before and watch little highlights on Instagram or whatever the case.

But a tremendous amount of people were able to watch it – friends and family and fans that I didn’t even know had reached out and were excited to be able to see it. It was a huge step in the right direction, and I can’t wait for more cards to be like that. There’s so much talent in the organization, and not everybody from the U.S. gets to see it. It’s so underappreciated.

I want everybody in the U.S. to be able to see it and appreciate how great ONE is.

ONE: Your brother, Sage, was supposed to fight against Shinya Aoki, but he had to withdraw from the match. And after Aoki finished Eduard Folayang, there was a heated exchange between them on Twitter. What was your take on all of that?

CN: I don’t understand, personally, how anybody can dislike Sage. I mean, he is the nicest person anybody could ever talk to. So after Shinya’s fight, he called out Sage in the ring, so Sage responded on Twitter to his callout and said, ‘Yes, I’d love to fight you,’ because they were scheduled before.

I don’t know if Shinya got really offended that Sage did that because he didn’t have any ill intent behind it. But when Shinya responded the way that he did, it actually made Sage a little frustrated and a little mad.

I think it was a whole big kind of misunderstanding that blew up, but you know, that’s kind of what makes good fights, right? When people have a little bit of bad blood. And Sage has never actually had that with anybody before, so it is a little bit interesting to see.

ONE: What is your take on the recent influx of internet celebrities competing in combat sports? Do you see it as a positive or negative?

CN: It goes both ways. I’m a little disappointed as a professional athlete [because] it takes away from people like us who work so hard and make it our profession, and you don’t feel the same value and appreciation.

A lot of fighters are getting underpaid in various organizations, and then you have the fame and stardom of a TikTok or YouTube star with their millions of followers coming in and getting these opportunities that people like us work really, really hard for.

But as a fan, I’m actually interested, and I did tune in to the Logan Paul fight with [Floyd] Mayweather.

Mayweather is a genius. For somebody that has as many accolades as he has – and has retired – to come out [of retirement], do an exhibition, and make that much money on somebody that you could just say doesn’t deserve it is a genius marketing move, and so many people tune in for stuff like that.

So I’m a little bit split [on it] because I, as a professional fighter, feel like it takes away from our hard work. But as a fan, it is interesting to see because you’re almost like, ‘Do you want to tune in and see Logan Paul get knocked out?’ Or whoever it is get knocked out?

I’m actually surprised he went the full distance with that one too, by the way. I am surprised at that. I was impressed. 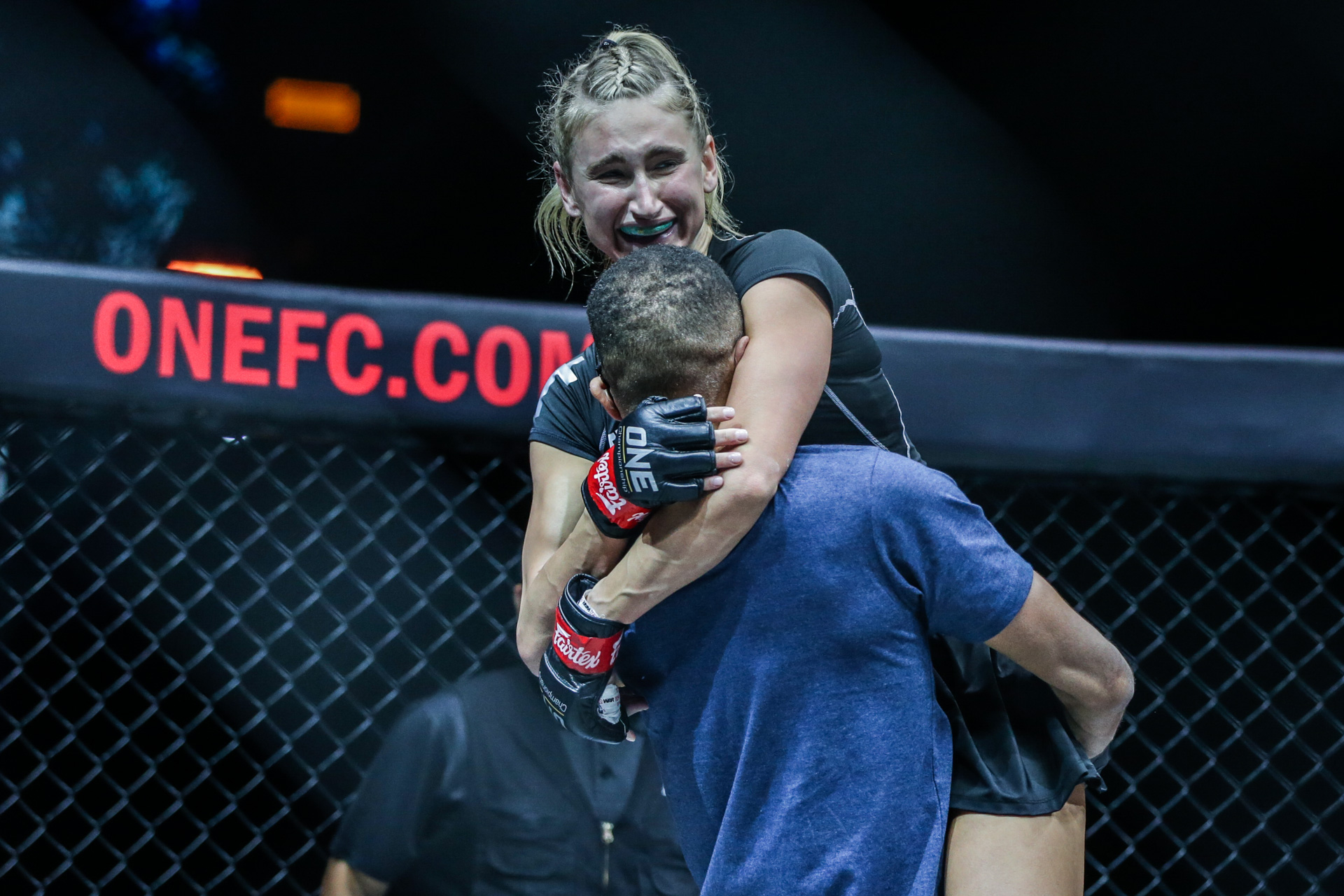 ONE: Logan Paul has teased a mixed martial arts bout before. If he did compete in the sport, how do you think he would do?

CN: I actually believe that he would do a lot better than what everybody thinks. From what I understand, he does have that wrestling background – and he was actually pretty good and he’s an all-around athlete.

From somebody like myself who does MMA, personally, I feel like wrestling is where I lack out of everything else. My jiu-jitsu, I feel competent in, so I’m catching up on that wrestling, and oh my gosh, it is hard! Wrestling is the hardest thing for me. I feel like [wrestlers] just have that grindy work ethic, and he has that.

Yes, he was a lot bigger than Mayweather, but you saw that he was able to go that distance. I feel like if he did want to go into MMA and really make a career out of it, I do think he does have a lot of potential.