De Ridder, who defeated Aung La N Sang twice to claim both middleweight and light heavyweight gold, has been calling out Bhullar for a shot to become an unprecedented three-division ONE World Champion.

But if you ask “Singh,” the Dutchman should be careful what he wishes for.

There’s no question that De Ridder can present a tough test for anyone in the Circle. He’s a judo and Brazilian Jiu-Jitsu black belt who’s racked up an unbeaten 14-0 slate in professional mixed martial arts.

Moreover, he looked phenomenal during both of his World Title victories.

First, he quickly submitted “The Burmese Python” to claim the ONE Middleweight World Championship at ONE: INSIDE THE MATRIX last October and then dominated the Myanmar icon with his grappling to earn a unanimous decision and the light heavyweight belt at “ONE on TNT IV” in April. 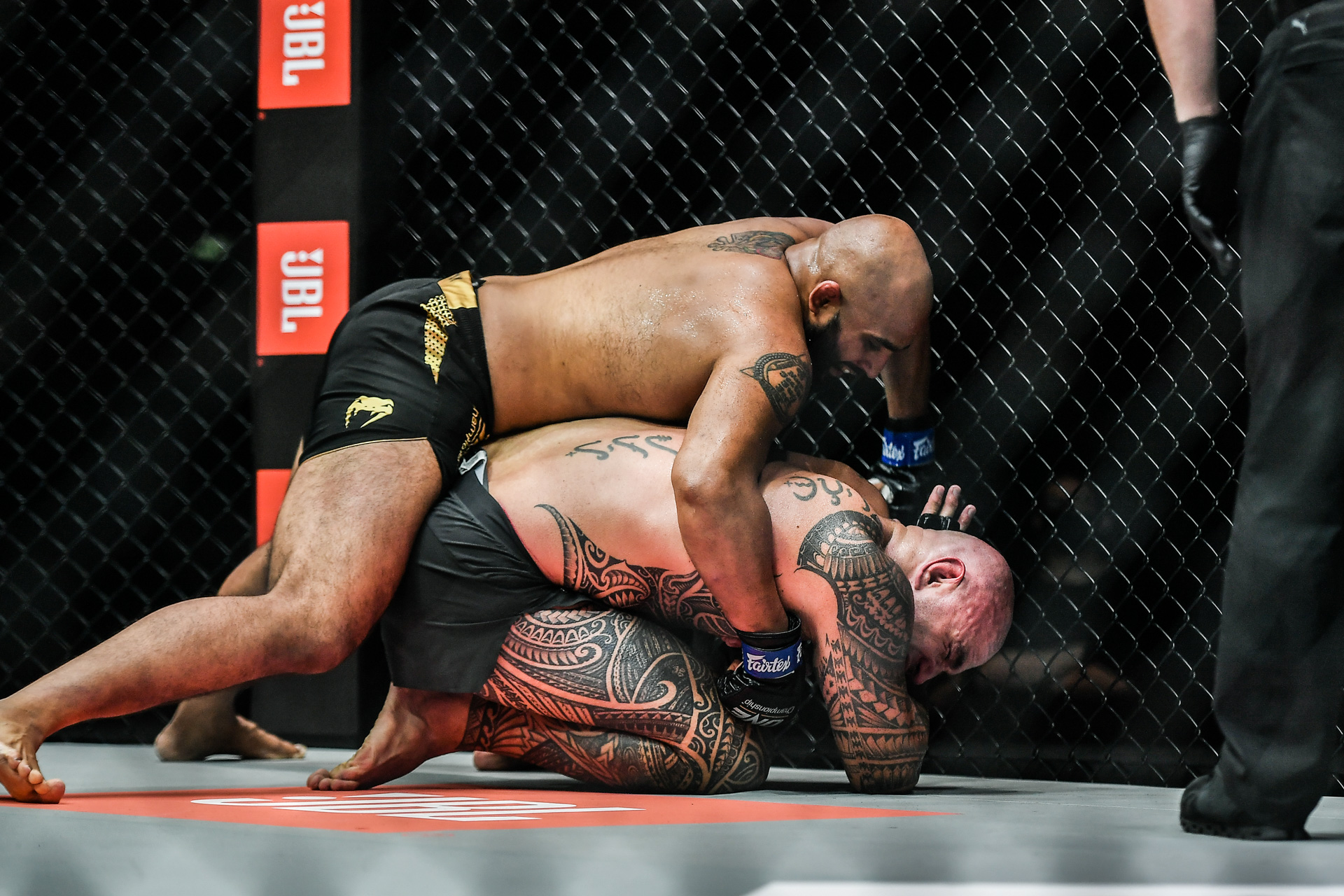 In their main event showdown at ONE: DANGAL, “Singh” was effective on the feet, but he ultimately finished Vera with ground-and-pound to win by second-round TKO and become India’s first Mixed Martial Arts World Champion.

For that reason, Bhullar believes his all-around game would present a much different challenge to De Ridder than Aung La N Sang’s striking-based attack.

And while he doesn’t intend to give the Dutchman a shot at the ONE Heavyweight World Title right now – stating that “Mighty Warrior” Kang Ji Won should be next in line – “Singh” did express a willingness to move down a weight class and challenge De Ridder for his own chance at two-division glory.

“None of [his skills are] impressive to me, and he’s not about to make a name off me,” Bhullar added.

“If anything, I’ll go down and take his belt.”

For his part, De Ridder wasn’t bothered by Bhullar’s response and asked the promotion’s matchmakers to make the clash of World Champions happen.

“I’m just happy the man found some confidence. Let’s set it up,” he noted in the replies on ONE’s Instagram post.

While nothing is set in stone yet, it seems both men are eager to get it on, and that somebody’s belt will be on the line.