This time last week, Reinier “The Dutch Knight” de Ridder was on a beach with his family. Now, he’s a record-breaking two-division ONE World Champion.

The phenomenal Netherlands athlete dominated Aung La “The Burmese Python” N Sang to win their mixed martial arts clash by unanimous decision and claim the ONE Light Heavyweight World Title at “ONE on TNT IV,” which aired live from the Singapore Indoor Stadium on Wednesday, 28 April. 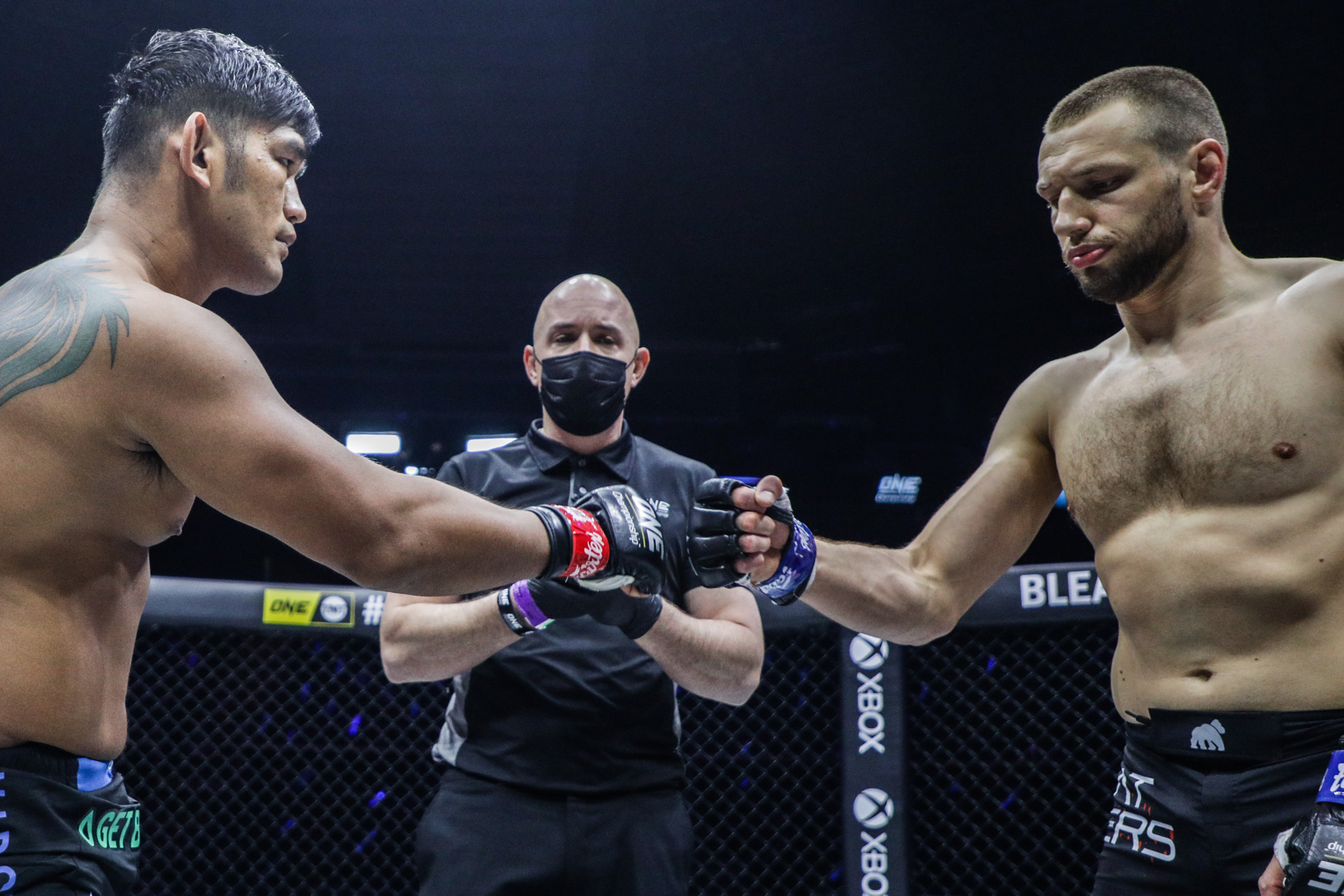 Chasing a repeat of their first encounter – where he took middleweight gold from the Myanmar icon – De Ridder charged in for a takedown in the opening seconds and deposited his rival on the mat. Aung La N Sang tried to post up to return to his feet, but the Dutchman used that tactic to attack the Sanford MMA man’s back.

Aung La N Sang initially resisted, and “The Dutch Knight” took top half-guard position before finding his route to back control. From there, he chipped away with punches as he tried to find an opening for the choke, but the reigning king defended his neck well.

De Ridder changed tack, switched to mount, and came close with an arm-triangle attempt, but “The Burmese Python” escaped and spent the remainder of the round trying to score with punches and kicks to his downed rival’s head and legs.

Aung La N Sang came out swinging in round two, but the challenger ducked under a hard right hand to close the distance. De Ridder pushed his foe to the Circle Wall again and stayed close, switching from attack to attack as the Myanmar star tried his best to stay upright.

Though “The Burmese Python” did manage to score with a hard uppercut, De Ridder soon dragged him down again and advanced to mount, where he dropped some elbows. Aung La N Sang escaped, only to succumb to another trip takedown, where “The Dutch Knight” moved from back control to side control, landing elbows and knees in the process.

De Ridder came out with some probing kicks in the third frame and then quickly burst into a single-leg takedown. After some short punches from the top, Aung La N Sang found a way up, yet he could not stay there for any prolonged period as the Combat Brothers representative got him back on the deck.

“The Dutch Knight” secured his rival’s back again, locked on a body triangle, and went after the choke. “The Burmese Python’s” submission defense was on point, so De Ridder chipped away with strikes before coming on top. The challenger then locked up a D’Arce choke grip and threatened Aung La N Sang’s neck while simultaneously drilling knees into his turtled rival’s head. 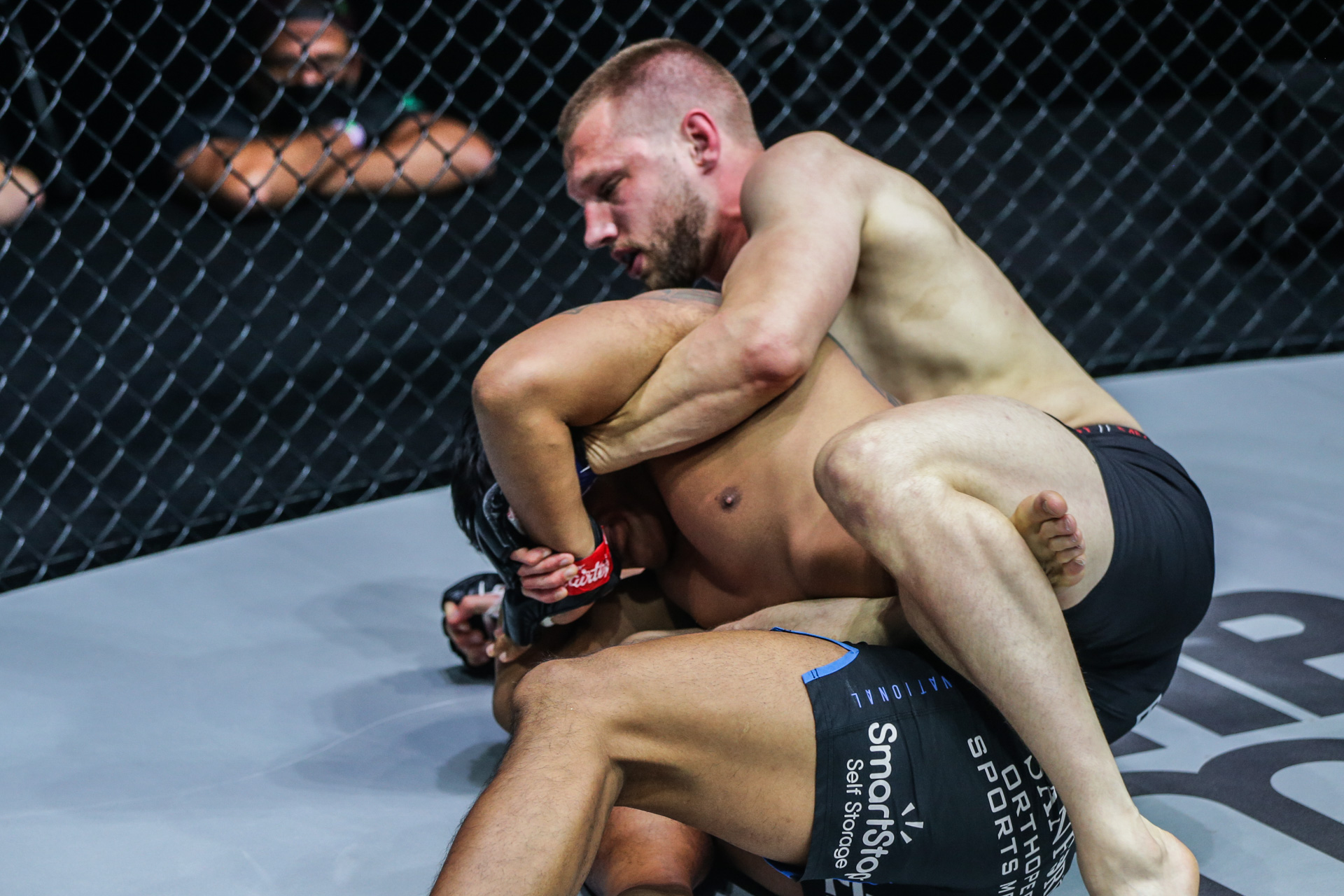 Moving into the championship rounds, Aung La N Sang recognized that his belt was slipping away and came out aggressively, but De Ridder stuck with his game plan and hit the early takedown.

The BJJ black belt moved to mount, allowing “The Burmese Python” a brief window to escape, but De Ridder took his foe’s back in the transition and then dominated the round from there — holding on to back control and then chipping away with short shots from the mount position.

With five minutes left, it was clearly all or nothing for the defending World Champion. De Ridder had built up a sizeable lead after 20 minutes of ground dominance, and his early shot showed that he didn’t want to slow down. “The Dutch Knight” tripped Aung La N Sang to the canvas and sat in half guard before stepping over to mount. He stayed low and strong, but somehow, “The Burmese Python” found some gas in his gas tank to boost out and get on top.

With three minutes remaining, Aung La N Sang had to make something happen. It wasn’t to be, however, as De Ridder tied the Florida resident up from the bottom and didn’t allow him to get off any meaningful offense.

As the time ticked away and the final bell sounded, it was clear that a second belt was going to be draped over the 30-year-old De Ridder’s shoulders.

“The Dutch Knight” earned the nod from all three judges, and he made history in the process by taking both the ONE Middleweight and ONE Light Heavyweight World Titles from Aung La N Sang.

Stretching his unbeaten record to 14-0, De Ridder is also the only unbeaten champ-champ in mixed martial arts history, though he did have one last surprise up his sleeve — a callout to Brandon “The Truth” Vera for a chance to earn three-weight gold.