Arjan “Singh” Bhullar entered the history books at ONE: DANGAL.

The 34-year-old Indian star defeated longtime heavyweight king Brandon “The Truth” Vera to earn a decisive second-round TKO and claim the ONE Heavyweight World Title on Saturday, 15 May.

In the process, Bhullar capped off ONE Championship’s Indian showcase by becoming his nation’s first-ever Mixed Martial Arts World Champion. 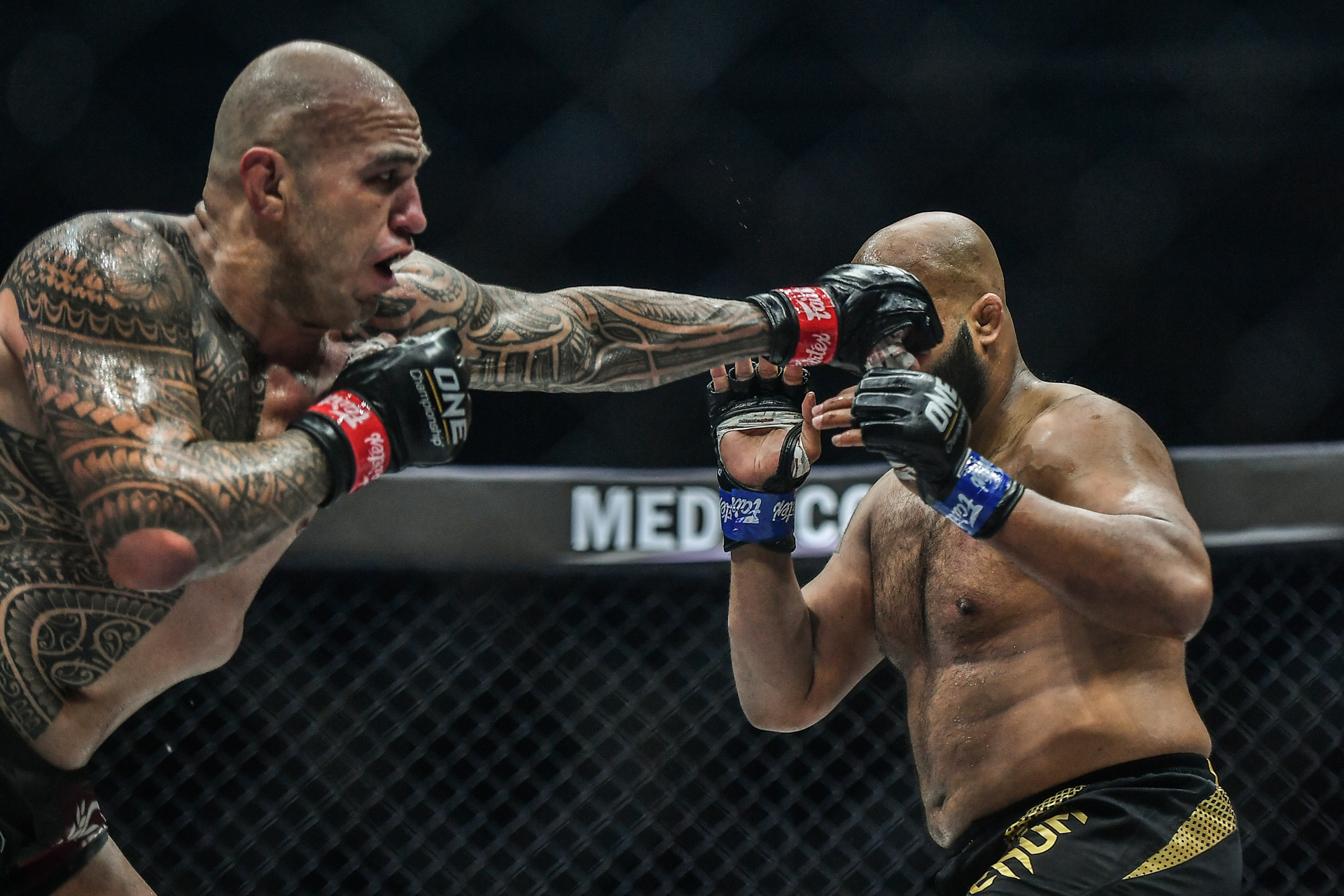 Following a touch of gloves, the heavyweights started their main event showdown with a bang.

Bhullar looked to push the pace with his boxing, but the massive Filipino-American initially beat him to the punch. Vera pumped out his jab and whipped a kick at the challenger’s lead leg, but he missed with a huge right hook. “Singh” darted forward with a straight left of his own, forcing the defending titleholder to fight with his back toward the Circle Wall.

The Indian star was patient, however. He constantly moved his head and looked to threaten with his hands as he inched closer and closer toward Vera. But “The Truth” was focused and even switched to the southpaw stance in an effort to throw “Singh” off his game.

While Vera frequently changed stances early, he continued to rely on jabs and leg kicks. Bhullar checked a few of those kicks and used his terrific head movement to dodge some of the blows.

Soon, “Singh” followed his rival’s lead, as he too kept switching back and forth between orthodox and southpaw in an effort to find an opening. Vera caught on, but Bhullar still managed to land the occasional straight left and his trademark overhand right. With three minutes down in the first round, the Indian star went to his bread and butter.

A quick fake with the left hand caused Vera to scrunch his body and cover up. But once the Filipino-American dropped his left arm, Bhullar – from the southpaw stance – stepped forward with a cracking jab to the jaw.

That forced “The Truth” to step back and lift his arms up to block more potentially damaging shots, but “Singh” instead rushed forward, grabbed a single leg, picked up the defending World Champion, and tossed him to the ground.

Bhullar immediately jumped into half guard, but Vera instantly tried to lock up a kimura on the challenger’s left arm. That caused the patient Indian to stay still and calmly defend the submission attempt. In the final seconds of the round, “The Truth” tried to accumulate some damage from the bottom, including a knee to the ribs and heel kicks to the hamstring. 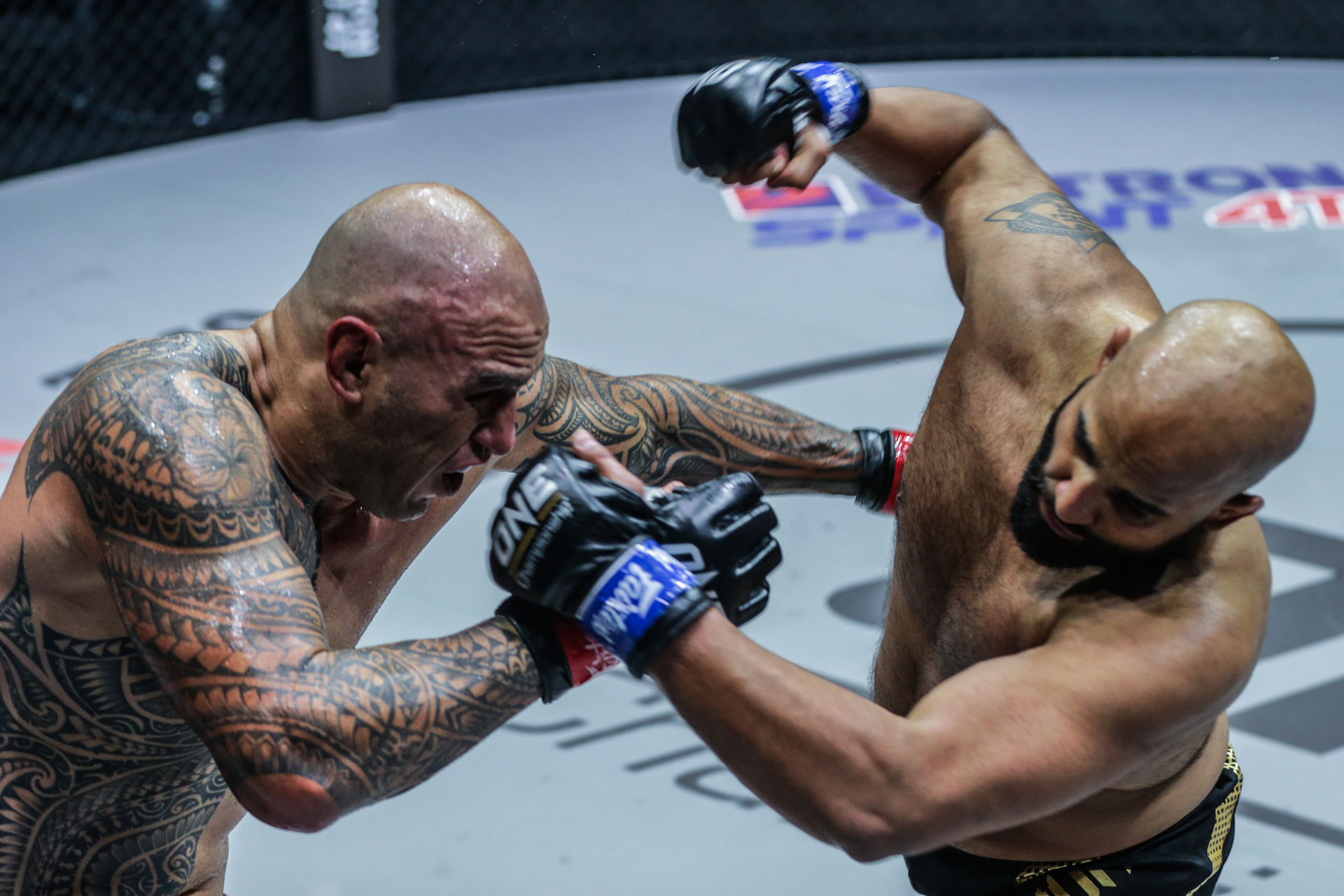 Vera had knocked out every ONE Championship heavyweight opponent inside the first round, so this marked his first trip to the second frame in this weight class in the organization. And when the bell rang to begin the stanza, it looked like he was gunning for a quick ending.

The Filipino-American immediately marched to the center of the Circle, fired off his lead jab, and followed with a left hook-right cross combo that hit only air. He kept throwing out the jab, but “Singh” lunged forward with a straight left that stung the defending king.

That didn’t deter “The Truth.” He kept throwing punches and even added an inside leg kick, which was nearly caught by the Indian warrior. But soon, the ever-so-patient Bhullar inched forward with his phenomenal head movement and his threatening hands, putting his rival on the back foot.

Vera continued to switch from southpaw to orthodox to get a different look, But when he threw another jab, the Indian stepped in and came over the top with his signature overhand right, which cleanly landed on “The Truth’s” cheek and caused him to stumble backward.

Although the defending ONE Heavyweight World Champion quickly regained his composure, the end was near. 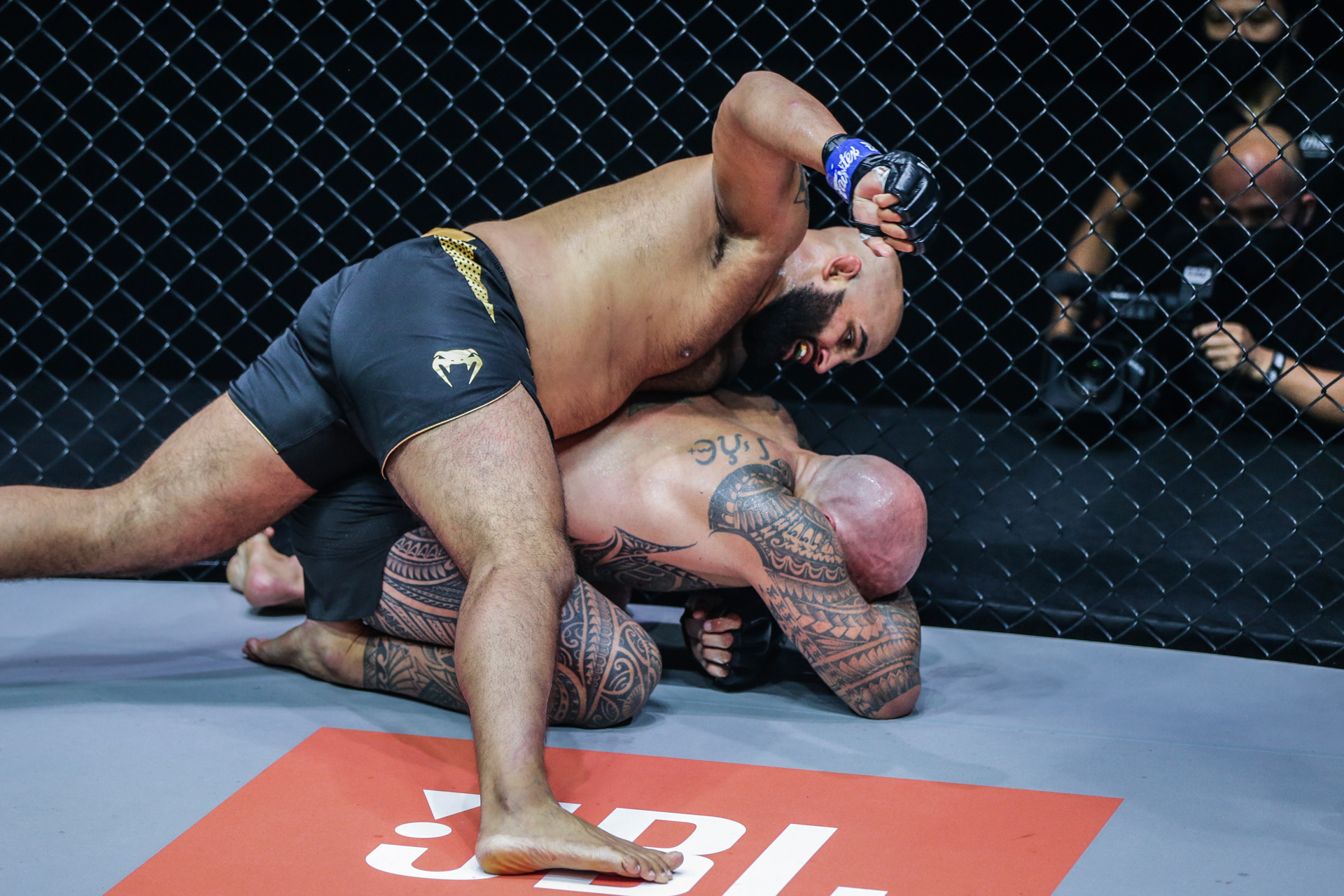 With his head low, Bhullar threw a left hook, a pair of jabs, and a right uppercut to the chin, which caused the Filipino-American to backpedal. Vera tried to attack with a knee and his punches, but “Singh” wasn’t fazed.

Bhullar backed “The Truth” to the Circle Wall, connected with a hook-cross, switched to southpaw to land a double jab-left cross, and then returned to orthodox to hit a jab-overhand right.

Those shots took a toll on Vera, who tried retaliating with strikes, but the Indian cleverly evaded them. Bhullar connected a body punch, backed Vera to the Circle Wall with jabs, ducked a right hook, and then shot for the takedown.

“Singh” was on top of Vera, who was on his knees against the Circle Wall and threw punches to the sides of the Filipino-American’s head. “The Truth” used his hands to block and even extended his shoulder to protect his head from the shots.

When Vera posted up and tried returning to his feet, however, Bhullar grabbed his back and dragged him to the mat once more. The Indian continued to smother the turtled-up king with punches from the top, and after Vera failed to intelligently defend himself, referee Justin Brown stopped the bout at the 4:27 mark of round two. And with India’s first-ever Mixed Martial Arts World Champion officially crowned, the door is open for a new generation of talent from the nation to make their mark.