ONE Championship is about to experience the biggest month in its history, with four consecutive weeks of the “ONE on TNT” event series airing on North American prime-time television.

The world’s largest martial arts organization will kick things off with “ONE on TNT I,” which airs live this Wednesday, 7 April, and every fighter on the card has something important on the line.

Whether it’s World Title gold, a future World Championship opportunity, or a chance to climb the rankings and earn some redemption, every athlete will be motivated to earn the all-important win in front of a North American audience.

Here’s what everyone is fighting for on Wednesday night.

The stakes could not be any higher for this historic main event clash.

ONE Flyweight World Champion Adriano “Mikinho” Moraes is considered the best flyweight competing in the Eastern Hemisphere and the most dominant flyweight in ONE Championship history.

The Brazilian star holds the flyweight records for most finishes, most submissions, and most World Title victories (six), and he’s tied with Gianni Subba and #2-ranked Danny “The King” Kingad for the most divisional wins (nine).

A victory over Demetrious “Mighty Mouse” Johnson – the mixed martial arts GOAT – would make Moraes the sole holder of that record, but more importantly, he would remain the ONE Flyweight World Champion and could rightfully claim to be in the GOAT conversation.

That won’t be easy, however. After all, Johnson is the GOAT for a reason.

“Mighty Mouse” was the best flyweight competing in the West, where he became a 12-time Flyweight World Champion in North America’s biggest organization – a feat that is virtually unheard of. He continued to taste success when he joined The Home Of Martial Arts, defeating three strong contenders – including Kingad – to win the ONE Flyweight World Grand Prix Championship.

Not only is the ONE Flyweight World Title up for grabs, but so is the title of “Flyweight GOAT.”

The co-main event of the night will be just as exciting, but fans shouldn’t blink, as it could be over in an instant.

Furthermore, he claimed the Lightweight World Title in North America’s two biggest organizations, and he joined ONE with the intention of hitting the trifecta.

However, #2-ranked Iuri Lapicus is just as motivated to earn the gold.

After chalking up 14 consecutive stoppage victories, including a 67-second submission win over former featherweight king Marat “Cobra” Gafurov, the Moldovan bulldozer earned a shot at ONE Lightweight World Champion Christian “The Warrior” Lee. But ultimately, Lee handed him his first loss.

Now, Lapicus begins the road back to the World Title picture, and a victory over an icon like Alvarez would catapult him back into contention.

The winner isn’t guaranteed a shot at the lightweight belt, but at the very least, a convincing win would put the victor within striking distance. And with 28 combined first-round finishes between them, a quick ending could be in the cards.

ONE Flyweight Muay Thai World Champion Rodtang “The Iron Man” Jitmuangnon is considered the world’s most dangerous Muay Thai fighter – and North American fans will find out exactly why on Wednesday.

The Thai sensation has been flawless on the global stage, earning nine straight victories, with two of them coming against former titleholder Jonathan “The General” Haggerty.

At “ONE on TNT I,” Rodtang will put on the 4-ounce mixed martial arts gloves and look to charm U.S. viewers with his thrilling in-ring style while becoming the first Muay Thai fighter to earn his tenth promotional victory.

If the debutant becomes the first person to defeat “The Iron Man” in ONE, he could become a celebrity overnight – and could potentially earn a rematch for Rodtang’s World Title.

The headline attraction on the preliminary card could produce the next challenger for the ONE Welterweight World Championship.

Tyler McGuire has been a dominant force ever since making his professional debut in 2015. The American hero earned 10 straight victories and then steamrolled his way through Luis “Sapo” Santos in his first ONE appearance in 2018.

Although he was unsuccessful in his first ONE Welterweight World Title challenge, McGuire bounced back by ripping through Agilan “Alligator” Thani in December, repositioning himself for a run at the gold.

Standing across from him on Wednesday will be tough-as-nails Dagestani Raimond Magomedaliev.

The surging Russian had a tough ONE debut, falling to then-unbeaten James Nakashima and suffering an injury in the process. But once he was healed, Magomedaliev returned to his dominant form and scored back-to-back first-round finishes.

Both men are on the upswing, and they could be just one victory away from standing face-to-face with the division’s reigning king, Kiamrian “Brazen” Abbasov. The ONE Super Series heavyweight kickboxing division is starting to take shape, and the winner of this colossal matchup would have to be the front-runner for the inaugural World Title.

So far, Rade Opacic has built a convincing case to be that man.

The Serbian owns a 20-3 professional record and has scored two impressive knockout victories since making his ONE debut last December.

Opacic will be going for the hat trick on Wednesday, but Patrick “Big Swiss” Schmid is looking to halt that momentum and get some shine of his own.

The Zurich native is entering this colossal showdown as the veteran, and if he can use that experience to derail his younger foe, he would become the leading man in this growing division.

And ultimately, just stepping into the ring after receiving some troubling news a year earlier will be a victory within itself for “Big Swiss.” 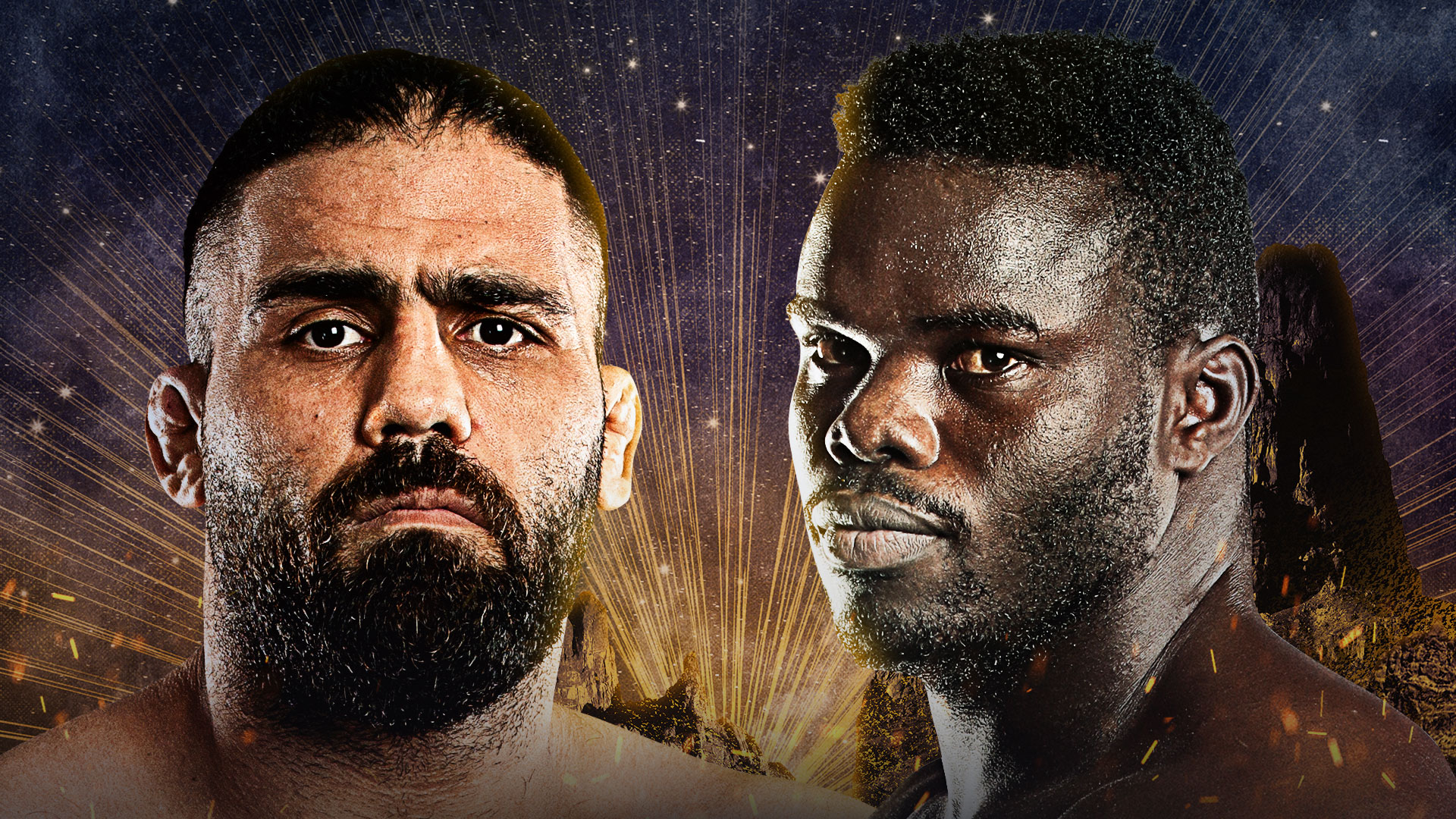 Opening the preliminary card is a heavyweight mixed martial arts showdown between two of the division’s most talented rising stars – and each man has a wrestling base.

“Reug Reug” Oumar Kane dominated in his sport of Senegalese wrestling and has brilliantly applied those skills to mixed martial arts, where he’s earned two decisive wins – including one over fan-favorite Alain “The Panther” Ngalani.

Barghi suffered a tough loss in a match he was winning earlier this year, so he’ll be eager to gain some redemption and stop the “Reug Reug” hype train.