Raimond Magomedaliev could be the next big thing in ONE Championship’s welterweight division.

The 30-year-old Russian is on a tear, and he could thrust himself toward a World Title shot when he faces Tyler McGuire at “ONE on TNT I” on Wednesday, 7 April.

Magomedaliev’s 7-1 record means he is still young in his mixed martial arts career, but the man from Moscow has a lifetime of martial arts experience, and he is equipped to take on the world’s best inside the Circle.

From Kazakhstan To The Caucasus Magomedaliev was born in Kazakhstan and spent his early years there during a time when the country became independent as the Soviet Union collapsed.

When he was 5, he moved with his parents, brother, and sister to live in the small village of Irib in the Charada District of Dagestan, Russia.

It was a long way from the region’s capital of Makhachkala, but Magomedaliev had a happy life away from the big city.

“As a child, I was living in a village in the mountains and it was really fun. I used to herd sheep with my friends,” he says.

But despite the idyllic aspects of bucolic life, Magomedaliev was a rowdy kid. That behavior encouraged his parents to seek out a positive way to channel his energy.

Hoping to keep their son on the straight and narrow – as well as equip him to survive in their region – Magomedaliev’s parents enrolled him in various martial arts classes.

“First, I came to martial arts when I was 9. I did wushu sanda,” he says

“When I was 10, my father brought me to wrestling school. It’s pretty dangerous here in Dagestan not to be strong.”

Magomedaliev admits that at first, he didn’t have the mentality or physique to excel in any combat sport. But with hard work and perseverance, he started to thrive on the mats.

“When I was beginning in martial arts, I was a very undisciplined kid who used to fight,” he says.

“I don’t think I had special abilities. I was a pretty skinny kid. I had long arms and legs, but in wrestling, that didn’t help me a lot.

“I learned easily as a kid, I was working hard too, and I was learning very fast.”

By the time he was a teenager, it was time for Magomedaliev to hit the road again. This time, he made the nearly 2,000-kilometer trip to Moscow to train and study.

Though he was raised to be tough, the young athlete needed some time to adjust to life in the capital.

“I was 17 when I moved away from my parents, family, and friends on my own to study,” he says.

“It was hard from the beginning because I was just a kid from a village coming to a big city, but it made me much more disciplined.”

Ultimately, Magomedaliev grew accustomed to life in Moscow, where he remains to this day. Meanwhile, he continued to evolve as a martial artist and became a national champion in combat sambo and hand-to-hand fighting.

He was also inspired to take the next step after watching combat sports stars on TV.

“When I understood that I had achieved everything I wanted in my amateur career, I wanted to become a professional in mixed martial arts,” he says.

Though his parents had supported his exploits in other disciplines, they were not thrilled about his transition to the new sport. But once he went 5-0 to kick off his career, they soon came around. 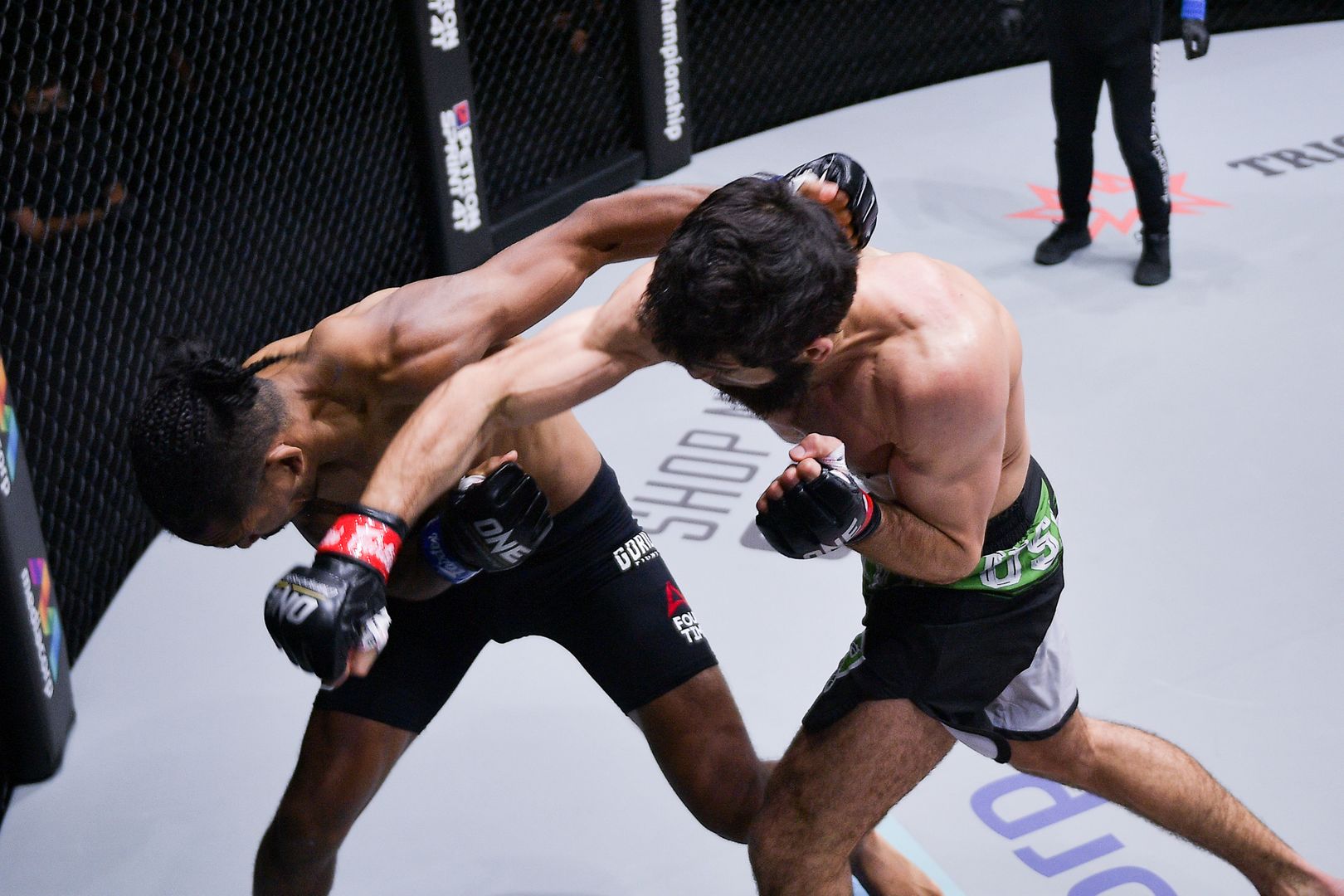 Magomedaliev arrived in The Home Of Martial Arts on the heels of a sensational, 17-second KO win, but his debut on the global stage did not go according to plan.

There was no shame in losing to James Nakashima – who was undefeated at the time and on his way to a ONE Welterweight World Title shot – at ONE: CONQUEST OF CHAMPIONS in November 2018. But he believes it was a mistake to even enter the Circle that night.

“I was angry with myself after my first loss. I was really sick, and I had a problem with my knee,” Magomedaliev says.

“My coaches were advising me not to fight, maybe to move the date, but I wanted to have my debut as soon as possible. I decided to still fight, and it turned out very badly. I was angry at myself for not being very professional.”

The Russian’s misery was compounded by a broken hand, which contributed to a layoff of more than a year, but Magomedaliev made up for lost time when he made his long-awaited comeback.

At ONE: A NEW TOMORROW in January 2020, the bearded warrior attacked Joey “Mama’s Boy” Pierotti from the first bell, stunning his foe with a relentless barrage of strikes before finishing him with a guillotine choke.

Later in the year, Magomedaliev put on an even better performance as he ruined Edson “Panico” Marques’ perfect record with a spectacular knockout at ONE: COLLISION COURSE II.

The Moscow resident believes those two bouts showed the world what he is capable of.

Now, with an elite team from Khabib Nurmagomedov’s Eagles MMA guiding his career, Magomedaliev has moved past his disappointing debut and is ready to take on the best in the world.

“I think I proved I am a top-level fighter and I can be a future Welterweight World Champion,” he says.