On Christmas Day, Raimond Magomedaliev emphatically stated his case to become the next ONE Welterweight World Title challenger.

The Russian knocked out undefeated promotional newcomer Edson “Panico” Marques in a high-stakes clash at ONE: COLLISION COURSE II, a previously recorded event from Singapore that aired on Friday, 25 December.

Although the Brazilian entered the contest with a perfect 9-0 slate and an astonishing streak of six consecutive KO victories, it was Magomedaliev who landed the decisive blow to spoil his rival’s highly anticipated debut on the global stage.

What’s more, the Russian needed less than two minutes to get the job done. 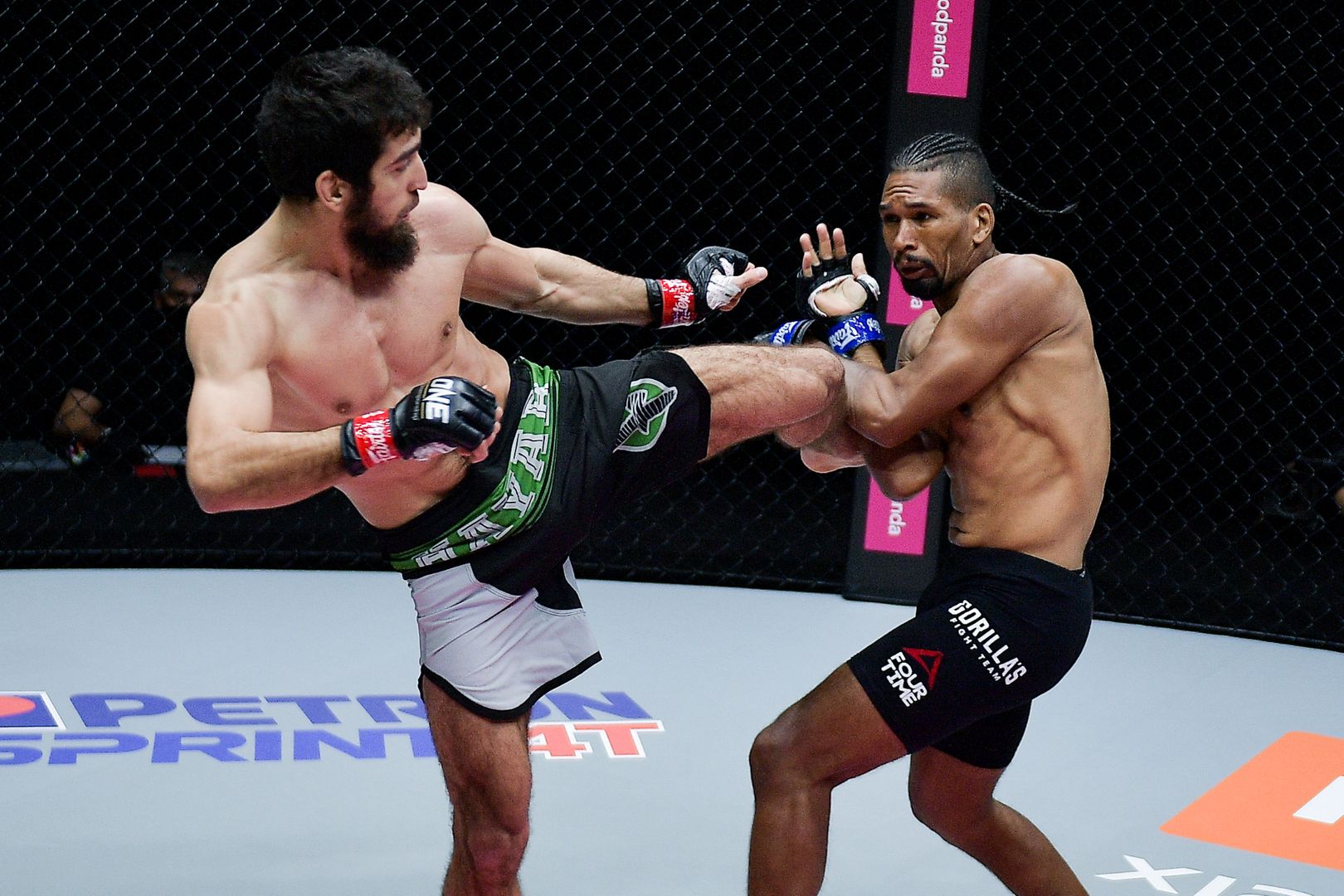 While the ending featured fireworks, the match got off to a calm and tentative start at the Singapore Indoor Stadium.

Each man gauged their distance, but it was Magomedaliev who connected early with a powerful outside kick to his opponent’s lead leg. A second leg kick nearly spun “Panico” around, but he did well to maintain his balance.

Undeterred, Marques moved forward and threatened with his boxing.

When referee Yuji Shimada called for more action, however, the Brazilian unleashed a double-jab. Magomedaliev was wise to the technique, so he slipped it and countered with a left hand. The Russian missed with the follow-up overhand right, but he cleverly dodged his foe’s incoming cross and backed away to escape danger. 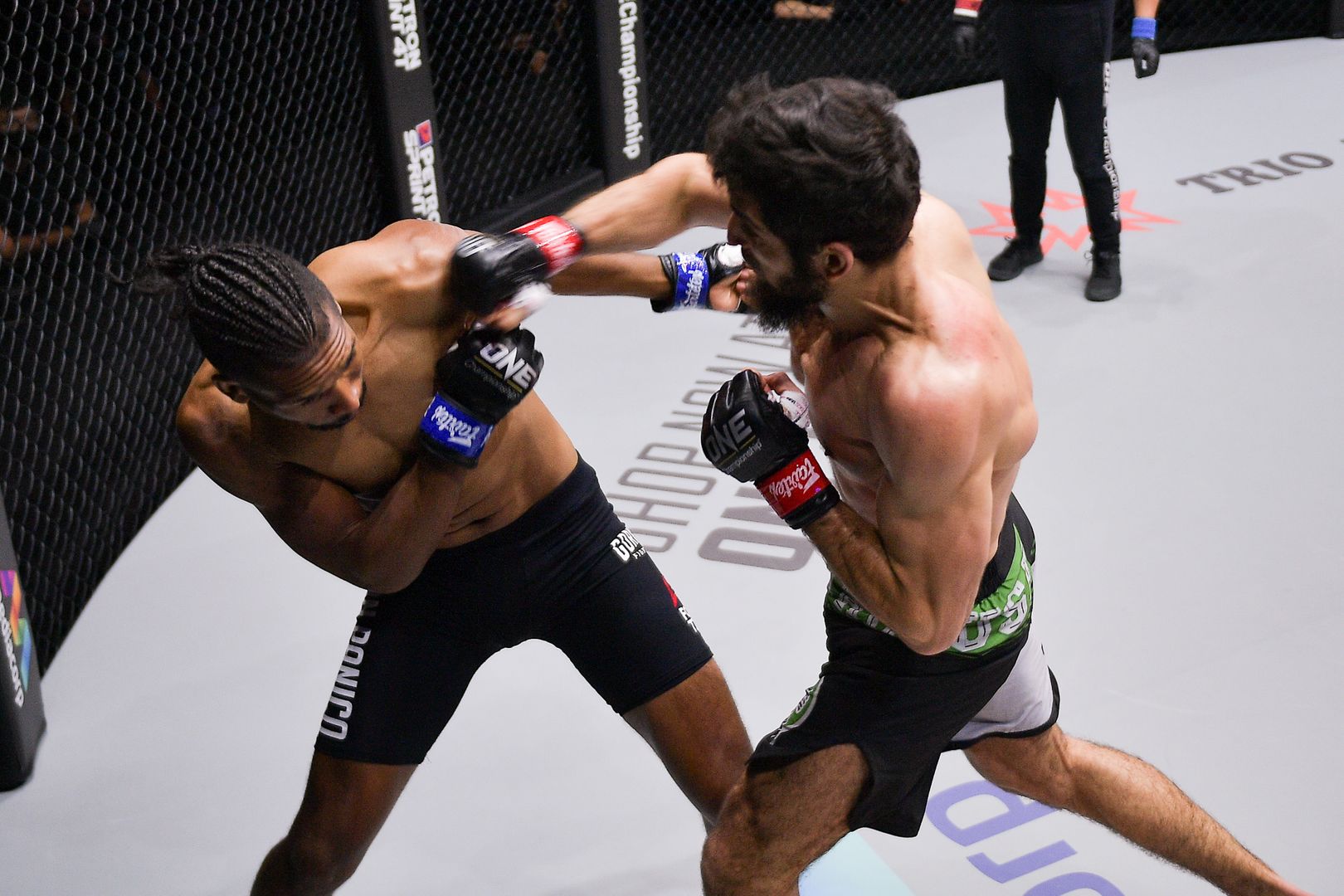 Magomedaliev continued to frustrate his opponent with more leg kicks and even changed things up with a switch kick to the body, but “Panico” wisely blocked it.

Marques failed to retaliate with an overhand right, but he landed a left punch to the stomach that the Russian handled well.

In response, Magomedaliev walked his rival to the Circle Wall, threw yet another leg kick, and maintained the pressure.

Seconds later, the Russian set up the finishing sequence. He charged forward with a jab, causing Marques to lean to his right. Then, as the Brazilian went for a looping left hook, Magomedaliev stepped forward with a massive cross, which instantly crumpled “Panico.” 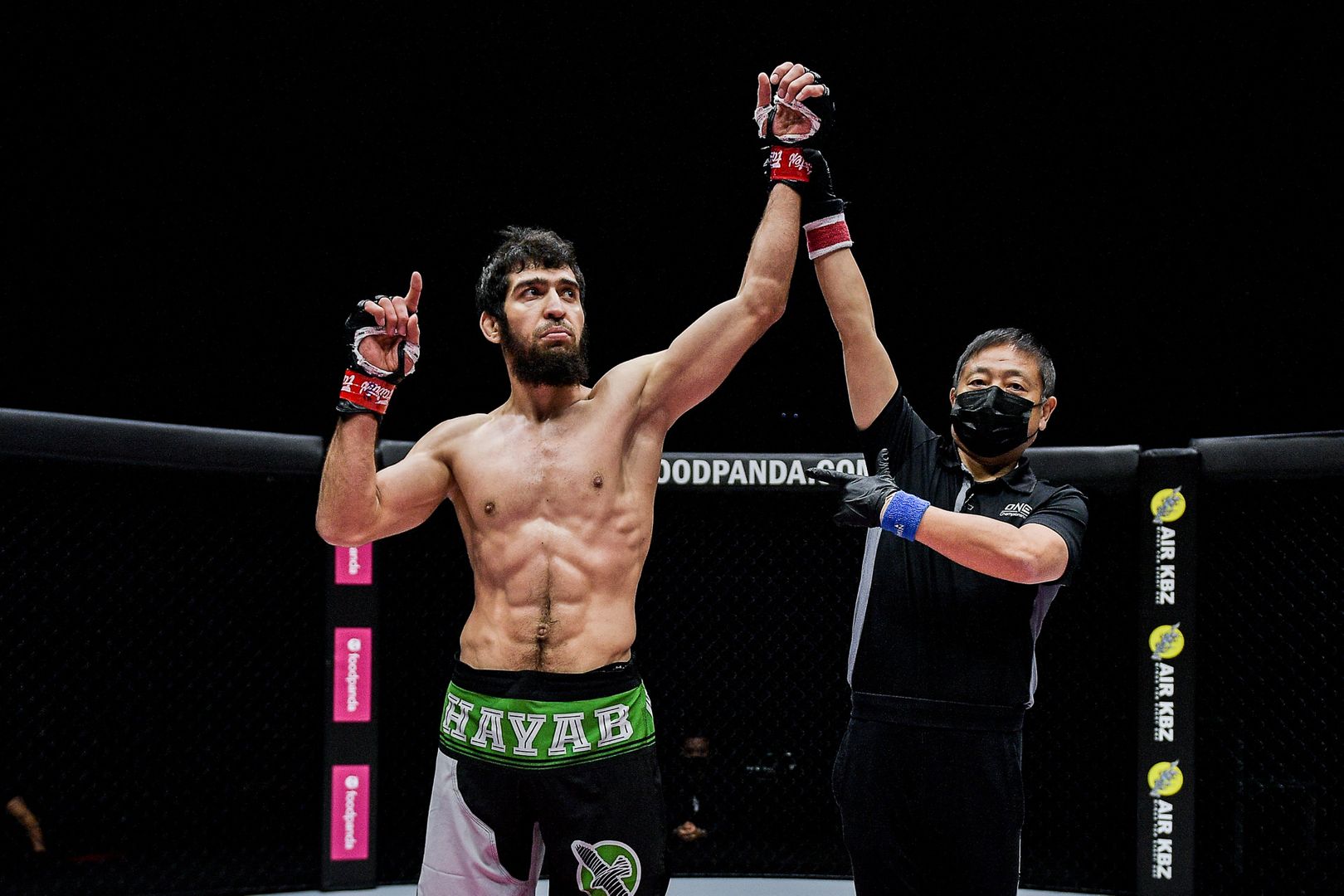 As Marques fell to the canvas, it was clear he was knocked out. The referee immediately jumped in to stop the contest before the Brazilian could absorb any further unnecessary shots.

Magomedaliev officially earned the victory at 1:52 of the opening stanza. The win, which goes down as his second consecutive first-round stoppage, moves his record to 7-1 and could put him next in line for a crack at ONE Welterweight World Champion Kiamrian “Brazen” Abbasov.