Tyler McGuire isn’t just one of the top welterweight mixed martial artists in the world. He’s also an active-duty military man and an educator with a strong passion for autism awareness.

Autism, a neurological condition that affects a person’s ability to communicate and interact with others, piqued McGuire’s interest while he was studying at Iowa Wesleyan University.

The American then brought that passion into combat sports by wearing a shirt that read “Autistic Kids Rock!” at each of his competitions. 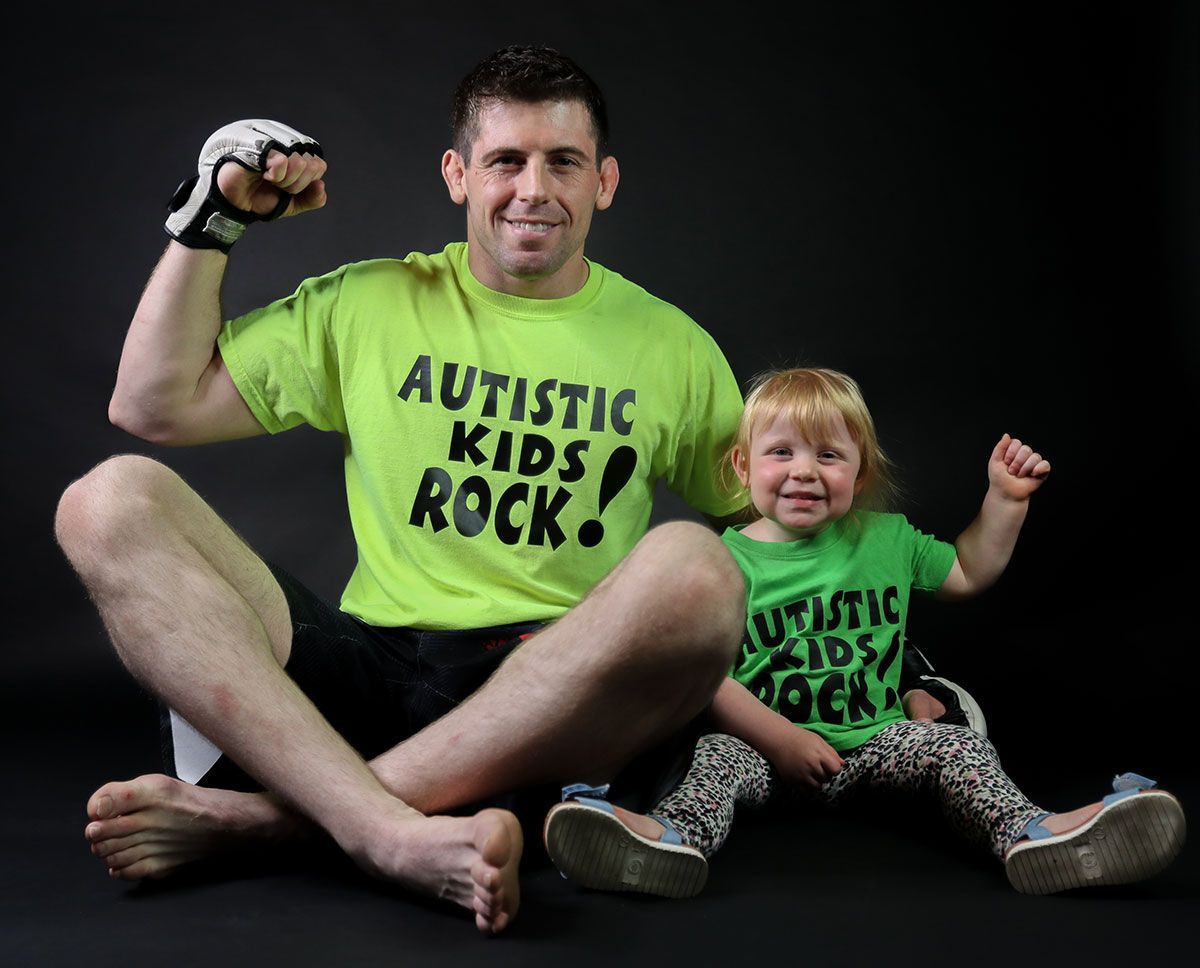 Now, McGuire has found a new partner in Fighting For Autism, an organization that aims to raise awareness through martial arts.

“A friend of mine that I used to train with up in Spokane follows the Fighting For Autism page, and they posted about being an ambassador, and then they tagged me in it. I was like, ‘Oh, that’d be cool,'” the 35-year-old Washington native says.

“I actually messaged the group and just told them, ‘Hey, you know, I’m a big supporter and former special education teacher, and that’s awesome what you guys are doing.’

“They actually wanted me to be an ambassador, and of course, I jumped on the chance.”

Fighting For Autism uses martial arts as a vehicle to offer encouragement to those who’ve been diagnosed and to facilitate their participation in combat sports activities.

“I don’t do it for self-gratification,” McGuire added of his role. “I’ve worked with these kids, and I know how special they are.

“[I’ve reached out] just to let them know that they are worthwhile and that somebody does care for them and has their back, even if they feel like they don’t. That’s really the biggest thing. And that’s what this organization does. It surrounds these kids with people who are rooting for them.”

The new partnership is coming at a perfect time, as McGuire will slide into the prime-time spotlight when he faces Raimond Magomedaliev at “ONE on TNT I” on Wednesday, 7 April.

As the blockbuster card approaches, the welterweight contender is looking to use his platform to spread important messages.

“If I win this fight, and in convincing fashion, and get a title shot, you tend to have more eyes when you got the gold,” McGuire says.

“So to be World Champion in a major mixed martial arts organization – one of the biggest in the world, if not the biggest size-wise in the world – and then to be affiliated with something called Fight For Autism, and their whole gig is providing combat opportunities, having that World Championship is just going to bring more eyes to it.

Read more: Why Raimond Magomedaliev Could Be The Next Big Welterweight Star