Tyler McGuire showed no signs of rust after a two-year hiatus, using his trademark intensity to score a unanimous decision victory over Agilan “Alligator” Thani at ONE: BIG BANG II.

The American controlled most of the battle between former ONE Welterweight World Title challengers at the previously recorded show that aired from Singapore on Friday, 11 December. 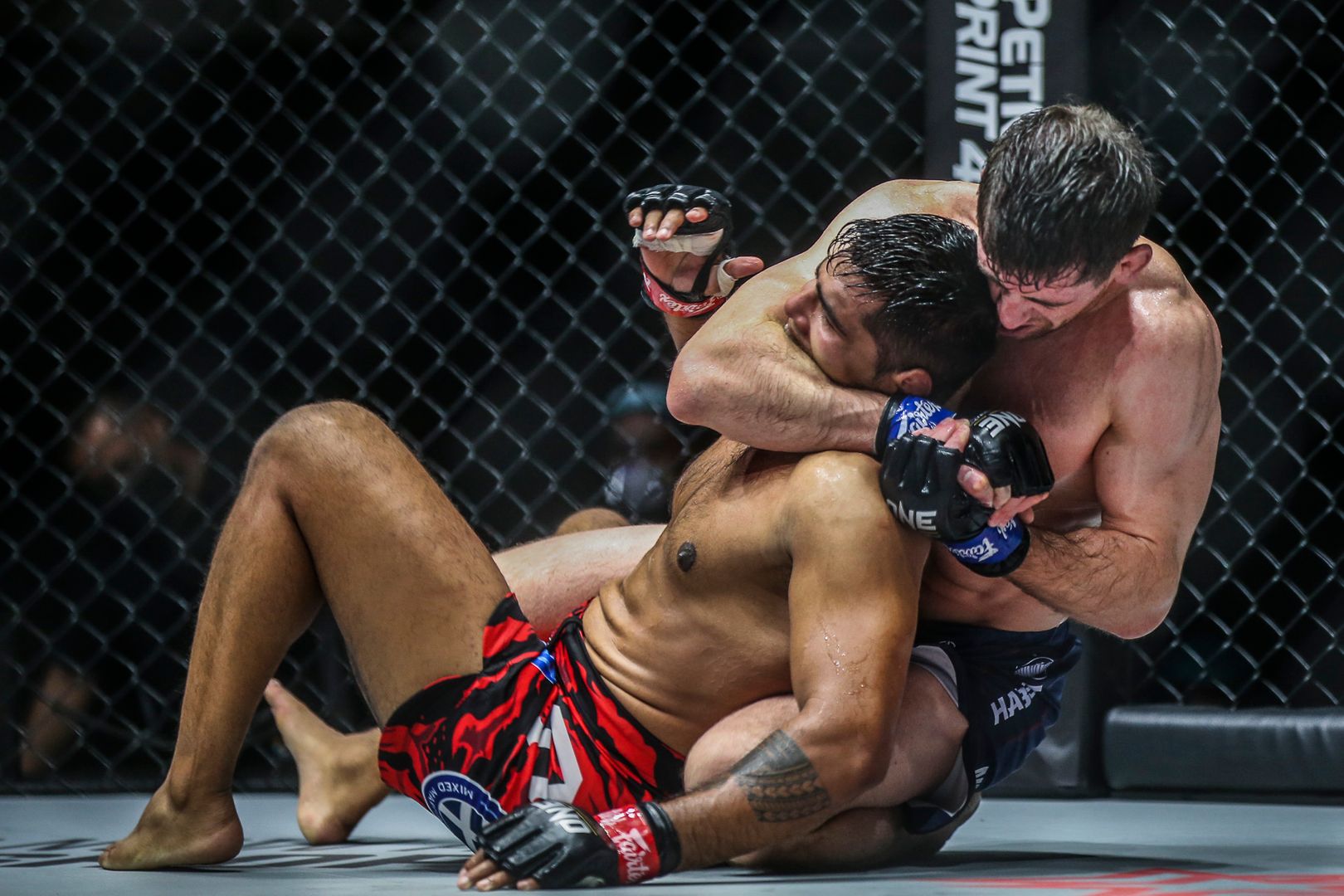 It didn’t take long for the two grappling specialists to clinch up when the action began, and it was McGuire who got the edge early.

After closing the distance with a jumping knee, he pushed Thani to the Circle Wall and locked up his hips for a takedown. The Malaysian tried to latch onto a guillotine, but McGuire kneed his way out of trouble and maintained his dominant side control position.

“Alligator” eventually freed himself, but McGuire was relentless in pursuit of a ground battle. He dragged the Blueprint Martial Arts representative down repeatedly, passed his guard, and scored with short punches and elbows.

However, Thani constantly worked to get back to his feet, and he was buoyed by some late success when he scored a takedown of his own and finished the opening round on his rival’s back. 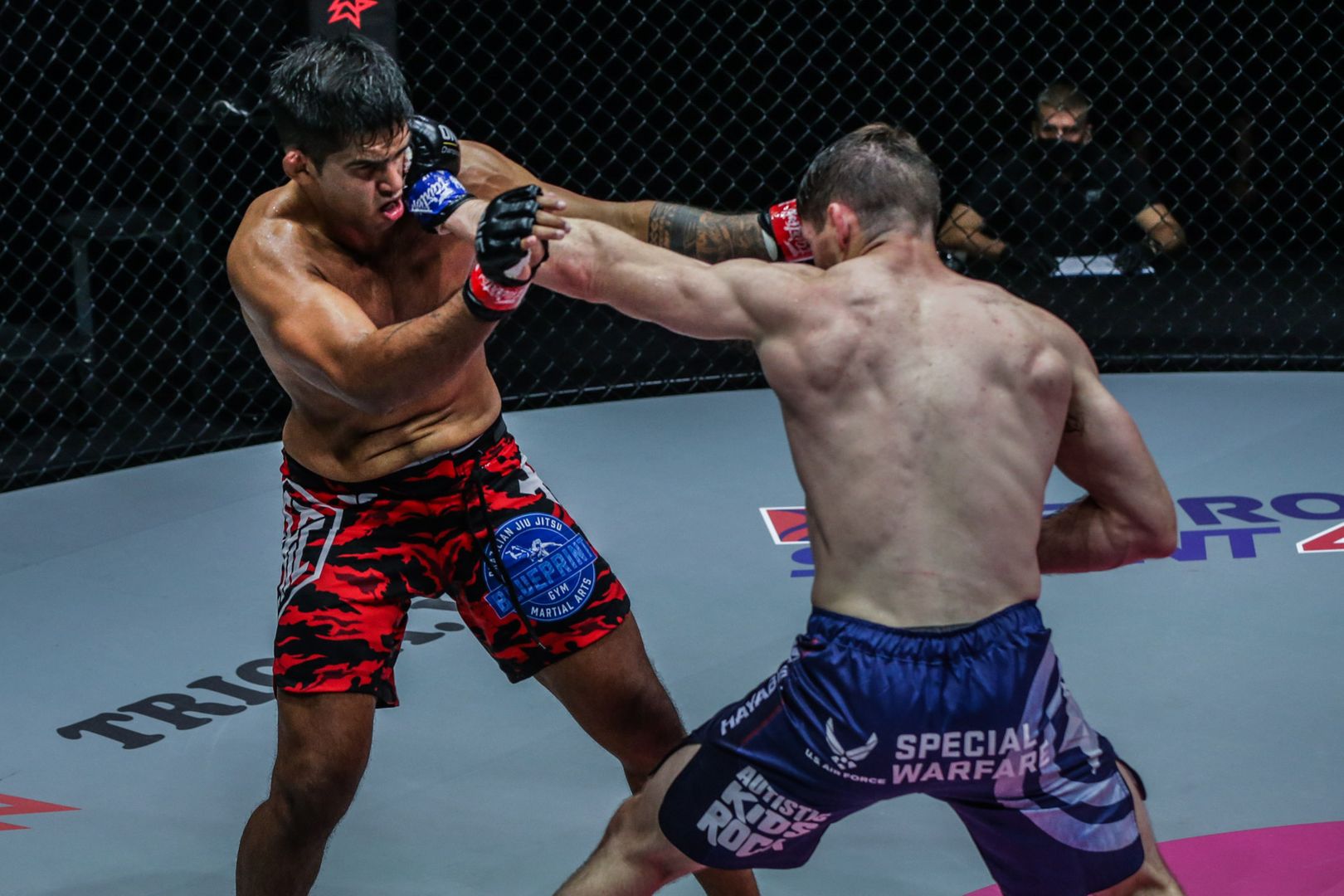 McGuire stuck to his game plan early in round two, as he worked inside Thani’s overhand right to push the action to the fence. He threw “Alligator” to the canvas once again and looked to advance to back control.

The Kuala Lumpur native managed to buck him off, but he couldn’t keep McGuire at bay and was taken down off the Circle Wall again.

Thani’s best period of the second frame came after he scrambled back to his feet and started to score with his boxing combinations.

The American looked worn out from the intense wrestling exchanges. But even though Thani landed several hard right hands, McGuire dragged him back down to the canvas and forced the Malaysian to fight off a rear-naked choke at the close. 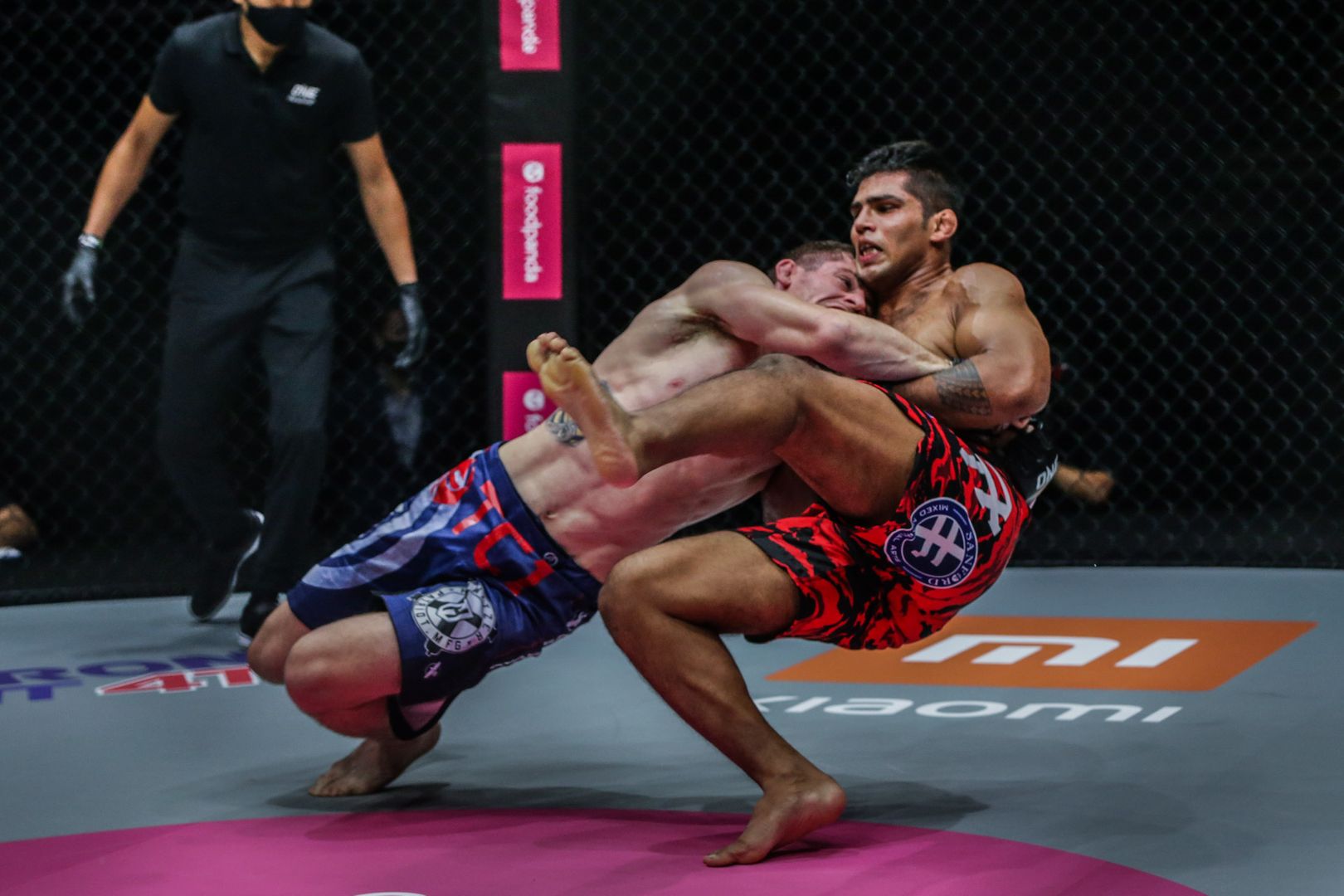 A brief exchange in the center of the Circle signaled the start of round three until McGuire rushed his foe to close the distance.

This time, Thani was a step ahead. He used the Apex MMA athlete’s momentum against him to score a trip takedown and then landed a solid right knee-left hook combination when his opponent stood back up.

Unfortunately for the Malaysian, that was his highlight of the final stanza. He was pushed to the Circle Wall and was hit with a thudding right cross when he broke free.

McGuire then bullied “Alligator” to the mat with a body lock halfway through the round and smothered him from back control for the remainder of the match. 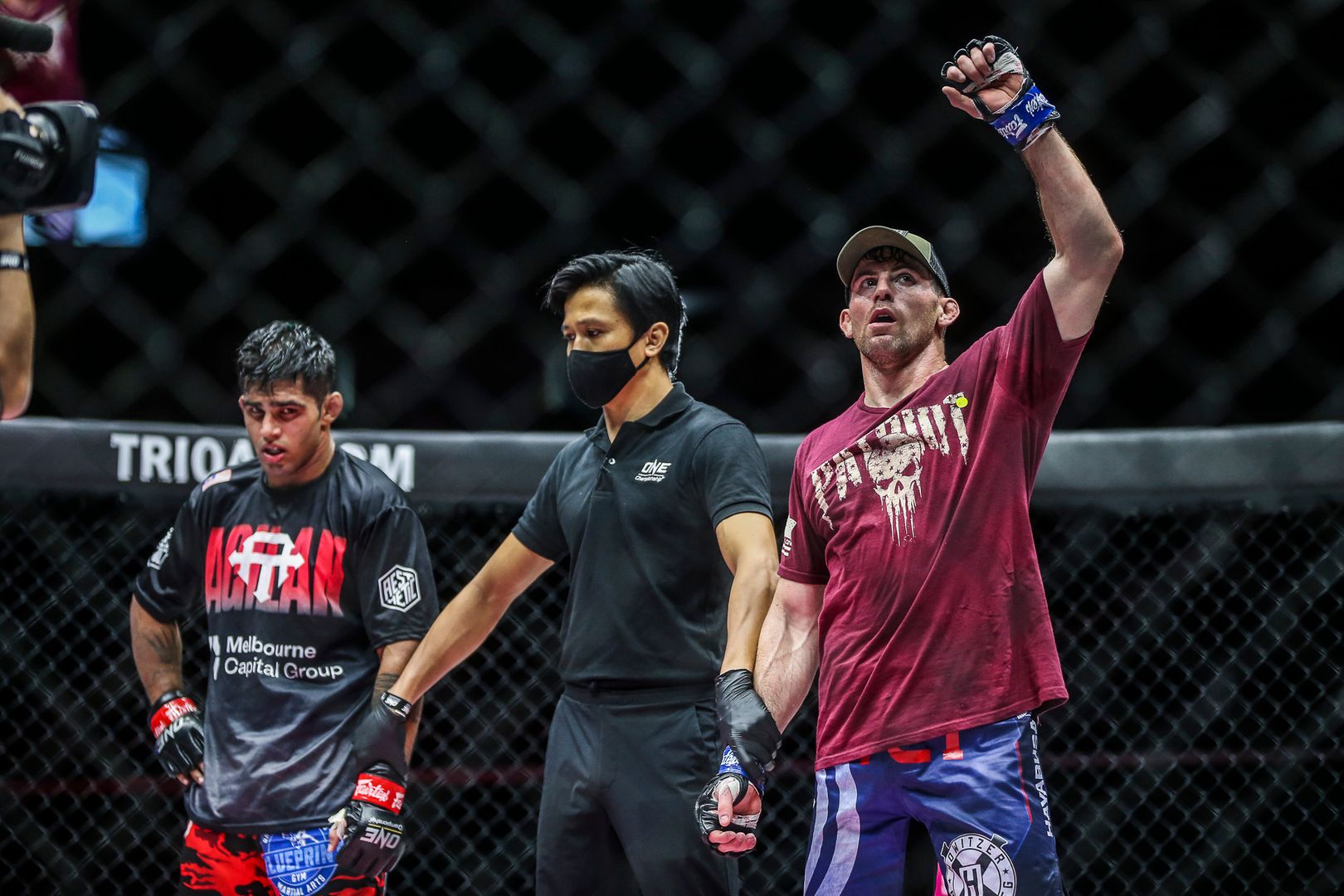 Thani fended off McGuire’s rear-naked choke attempts, but he could not free himself, and it became increasingly clear that he would not make up the deficit on the Arizona resident before the final bell.

With 15 minutes in the books, the judges awarded McGuire a clear-cut unanimous decision victory, and he got back in the winner’s circle after falling short for the ONE Welterweight World Title in November 2018.

Now boasting a phenomenal 12-1 record, McGuire has elbowed his way back into contention for a shot at divisional king Kiamrian “Brazen” Abbasov.