This past Friday, 9 November, the world’s best martial artists delivered an amazing night of action at ONE: HEART OF THE LION in Singapore.

The main event featured an epic five-round war between Brazil’s Bibiano Fernandes and the Philippines’ Kevin Belingon, which ended with the coronation of a new undisputed bantamweight king.

Now, just a few days removed from the thrilling spectacle, we take a quick glimpse at what could be next for some of the night’s biggest winners.

Bibiano “The Flash” Fernandes’ five-year reign as ONE Bantamweight World Champion finally ended at ONE: HEART OF THE LION, when Kevin “The Silencer” Belingon handed the 38-year-old his first defeat since 2010.

The Filipino had powered his way to a hard-earned rematch after falling to the Brazilian via first-round submission in January 2016, and this time, he was able to edge out the mixed martial arts legend.

As the undisputed ONE Bantamweight World Champion, Belingon is a tough assignment for anyone in his division, given his outstanding combination of striking and grappling defense.

Of course, a trilogy bout against Fernandes cannot be ruled out. Given the close split decision verdict last Friday night, as well as his five-year reign of dominance, no one could argue he does not deserve an immediate rematch.

However, there is another familiar name that comes to mind when thinking about who could be next for the Team Lakay star, and that is Muin “Tajik” Gafurov.

After losing to “The Silencer” in October 2016, the Tajikistan hero defeated four consecutive opponents in his homeland via first-round stoppage, and then returned to ONE Championship this past October, where he scored a first-round TKO against former ONE World Title challenger Leandro Issa.

Gafurov has improved on all fronts and poses a threat to Belingon’s throne.

Christian Lee was out to prove a point in Singapore!

Christian Lee was out to prove a point in Singapore!Download the ONE Super App now ???? http://bit.ly/ONESuperApp

Not long after his older sister “Unstoppable” Angela Lee was forced to withdraw from the night’s original main event due to injury, Christian “The Warrior” Lee was given an opportunity to compete in the night’s co-main event – and he capitalized on it in style.

In just a little more than three minutes, the 20-year-old defeated Pancrase Lightweight Champion Kazuki Tokudome via TKO in front of a home crowd at the Singapore Indoor Stadium.

Following his victory, Lee called out former ONE Featherweight World Champion Narantungalag “Tungaa” Jadambaa, which could make for an intriguing contest.

Jadambaa may be two decades older than “The Warrior,” but the Mongolian has shown absolutely no signs of slowing down. His last two victories – against Tokudome and Team Lakay’s Edward Kelly – demonstrated he is arguably better than ever.

Another option for Lee, however, could be former featherweight king Marat “Cobra” Gafurov.

The Dagestani grappler is one of the most dangerous men in the featherweight division and desperately wants another crack at ONE Featherweight World Champion Martin Nguyen — just like Lee.

Both are motivated to rematch “The Situ-Asian,” so this bout could play a pivotal role in deciding who is most deserving of the opportunity.

Despite Tiffany “No Chill” Teo entering her most recent contest as a former ONE World Title challenger, there was a sense going into the bout that she was the underdog against eight-time Brazilian jiu-jitsu world champion Michelle Nicolini.

Over the course of 15 minutes, however, the local favorite upset the Brazilian via unanimous decision. It was an outstanding performance, and Teo proved she has developed into a well-rounded mixed martial artist.

Next on the horizon for the Singaporean could be fellow former ONE World Title challenger Samara “Marituba” Santos.

Santos made her promotional debut in September against strawweight queen Xiong Jing Nan, and she put forth a valiant effort despite ultimately succumbing to the “The Panda.” An interesting striking battle would present itself should Teo and Santos meet in the center of the cage.

Also, Russia’s Irina Mazepa is a possibility for “No Chill.”

Mazepa has faced some of the division’s finest athletes, including pioneers like Ana Julaton and Ann Osman.

She is known for her world-class wushu striking, and a match with Teo has the potential to set off fireworks.

Grappling wizard Garry Tonon locks in a tight guillotine to force the tap from Sung Jong Lee at 2:04 of Round 2!

Grappling wizard Garry Tonon locks in a tight guillotine to force the tap from Sung Jong Lee at 2:04 of Round 2! Watch the full event LIVE & FREE on the ONE Super App ????http://bit.ly/ONESuperApp | TV: Check local listings for global broadcast

Following two wins at lightweight, the submission grappling superstar dropped down to featherweight for his bout with South Korea’s Sung Jong Lee.

The American flashed his vastly-improved striking in the early exchanges and then left Singapore with a second-round submission win.

Up next for Tonon is the inevitable step up in competition, which could include “Cannon” Ma Jia Wen or Emilio “The Honey Badger” Urrutia.

Ma is an aggressive finisher with heavy hands and a world-class wrestling background, so he should give Tonon a real litmus test. The Chinese athlete is riding a four-bout win streak, with his most recent victory being a decision over Muay Thai legend Sagetdao Petpayathai.

As for Urrutia, he is a well-rounded veteran who holds notable victories over Edward Kelly and Bruno Pucci, and he can test Tonon’s development in all areas of the game. 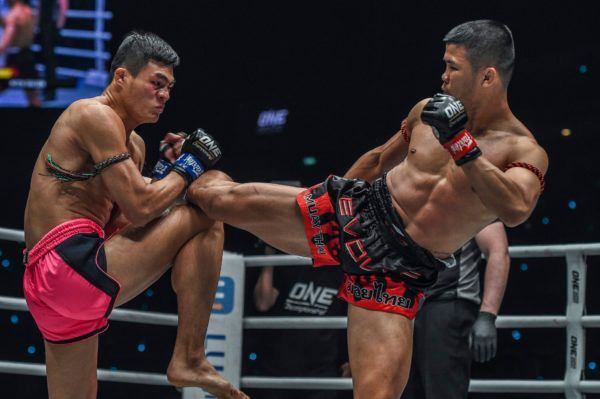 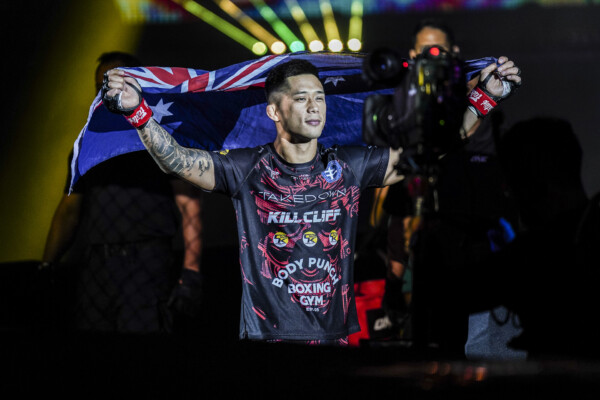 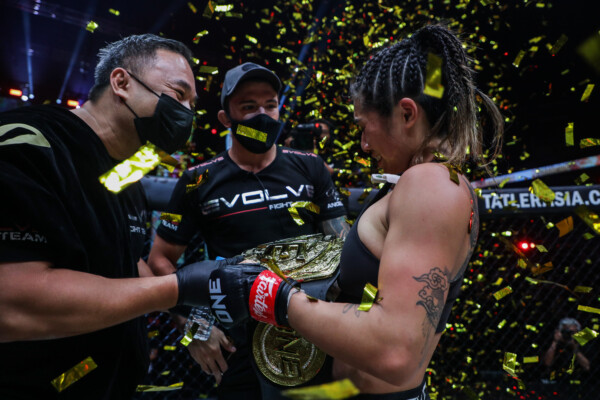