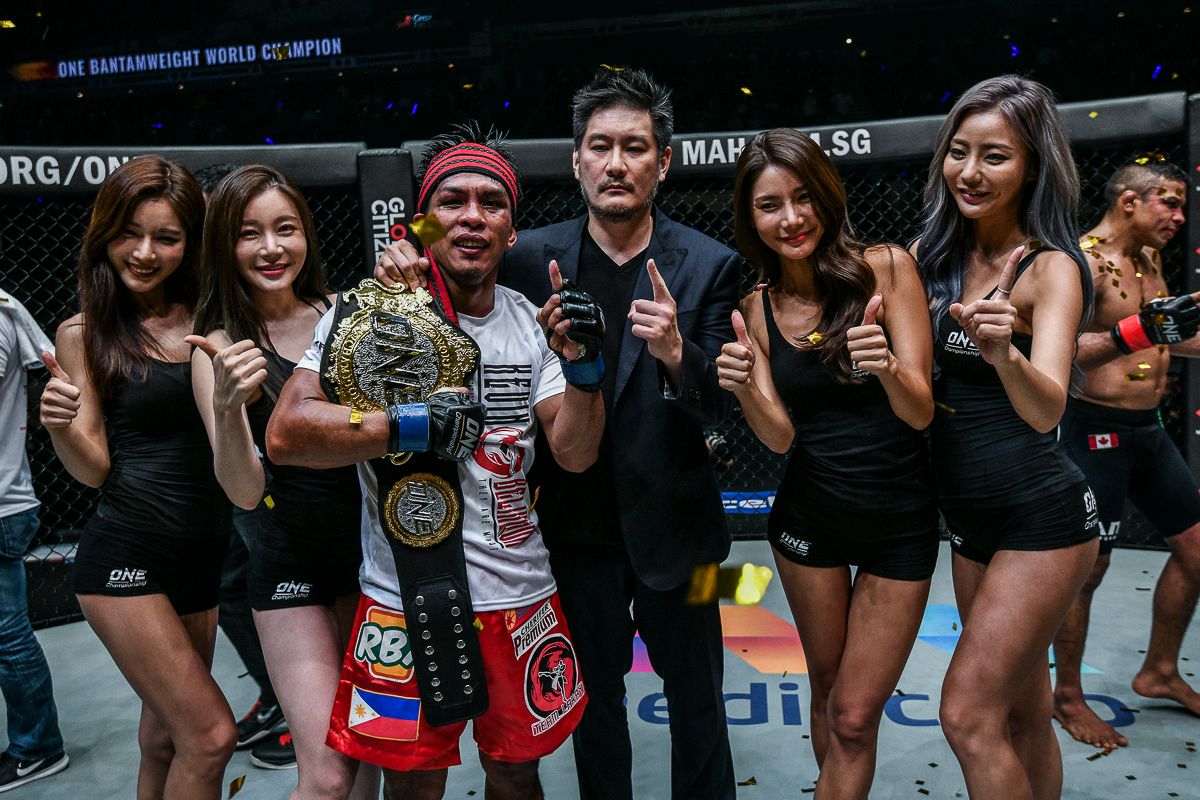 Team Lakay’s Kevin “The Silencer” Belingon spent nearly the last three years with only one thing on his mind – to get back into the cage and defeat Bibiano “The Flash” Fernandes.

On Friday, 9 November, he finally achieved his goal and dethroned the bantamweight king.

After a grueling five-round affair with the Brazilian in the main event of ONE: HEART OF THE LION, the 31-year-old Filipino earned a split decision victory and was crowned the undisputed ONE Bantamweight World Champion.

“Bibiano is a very tough opponent. I really had a hard time beating him tonight,” he said in his post-match interview.

“I respect him very much, and it is an honor to fight such a tough fighter. I know Bibiano is very tough, but I think I deserve this victory.

“The game plan was to KO him. We saw [a weakness] in his previous fight. I kept on giving him everything, but he has good defense.” 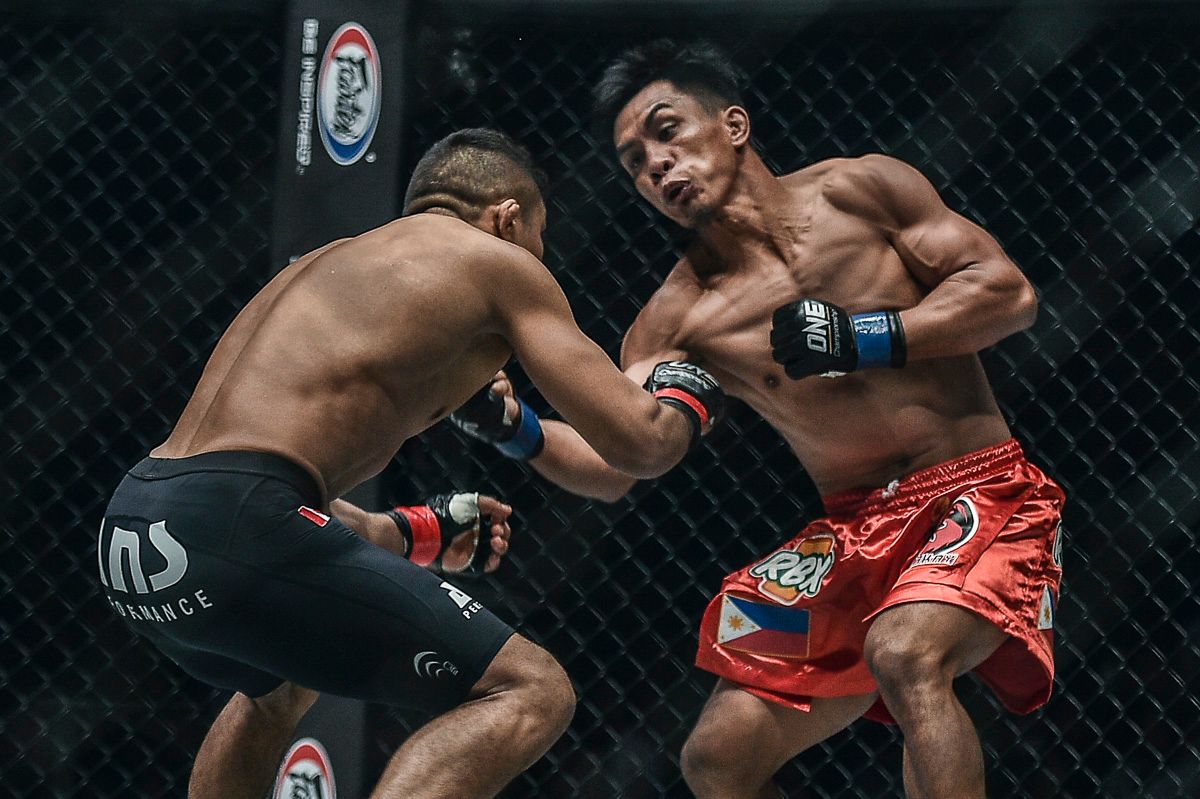 From the beginning of the contest, “The Silencer” was on the attack, landing a series of spinning back kicks to Fernandes’ midsection.

The strategy was to tag the 38-year-old Brazilian’s body as much as possible and to take the steam out of his world-class grappling, which was a problem for the Ifugao, Philippines native during their first encounter in January 2016.

Fernandes would not leave the cage without showcasing his elite Brazilian jiu-jitsu skills, however, as he successfully took his rival to the mat on multiple occasions.

The difference this time around was that the Team Lakay warrior showcased improved defense and was able to escape many of “The Flash’s” advances through various scrambles.

Belingon even escaped a deep armbar attempt and wound up on top of his opponent towards the end of the second round. From dominant position, he unloaded on Fernandes with heavy pressure. 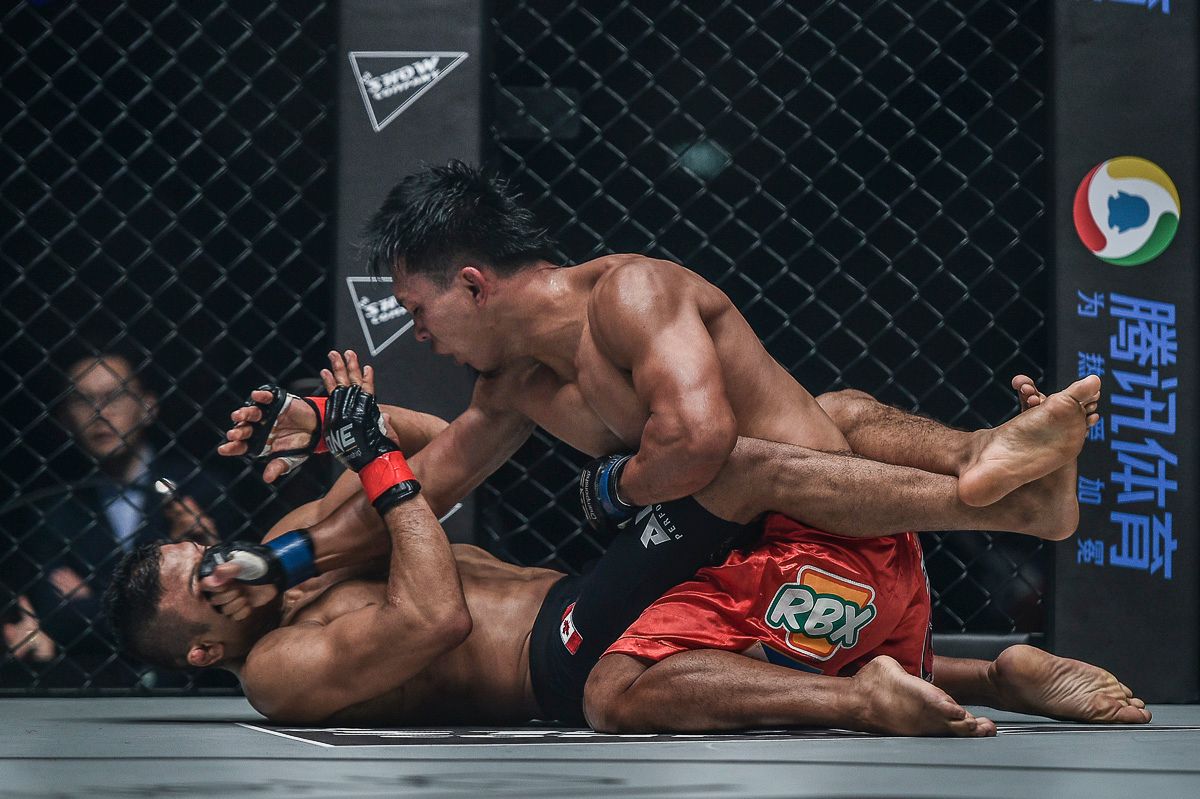 Things appeared to have slowed down in the third stanza as both martial artists showed signs of fatigue.

However, the Brazilian capitalized on a lapse from Belingon by taking the action to the canvas, where he quickly gained full mount. Nevertheless, “The Silencer” was able to defend well and managed to scramble back up to his feet.

In the championship rounds, Fernandes tried to take the action to the mat again, but the challenger was too elusive, and then scored a knockdown with a straight right hand off a caught kick – though he could not finish.

Over the last five minutes of the contest, Belingon peppered “The Flash” with a myriad of boxing combinations, spinning kicks, and well-placed jabs.

After 25 minutes, the judges rendered a split decision in favor of “The Silencer.” 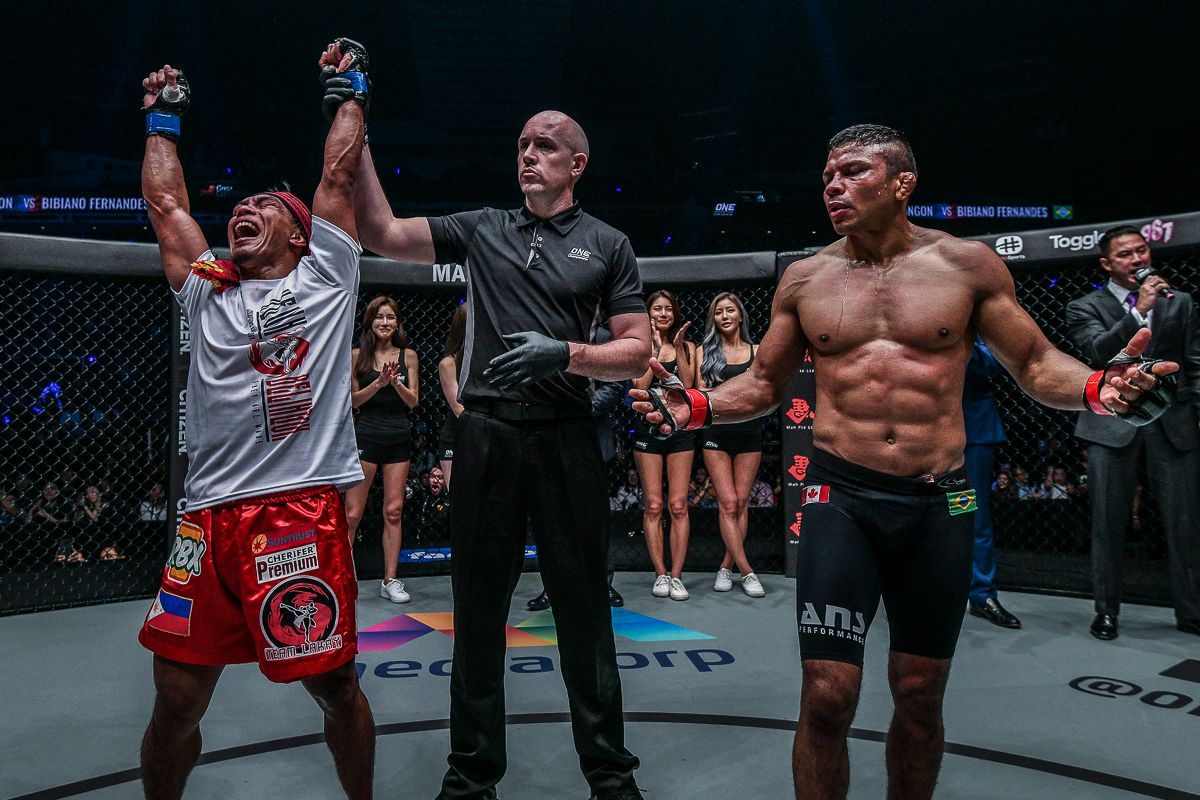 The victory for Belingon ended Fernandes’ five-year reign as ONE Bantamweight World Champion. 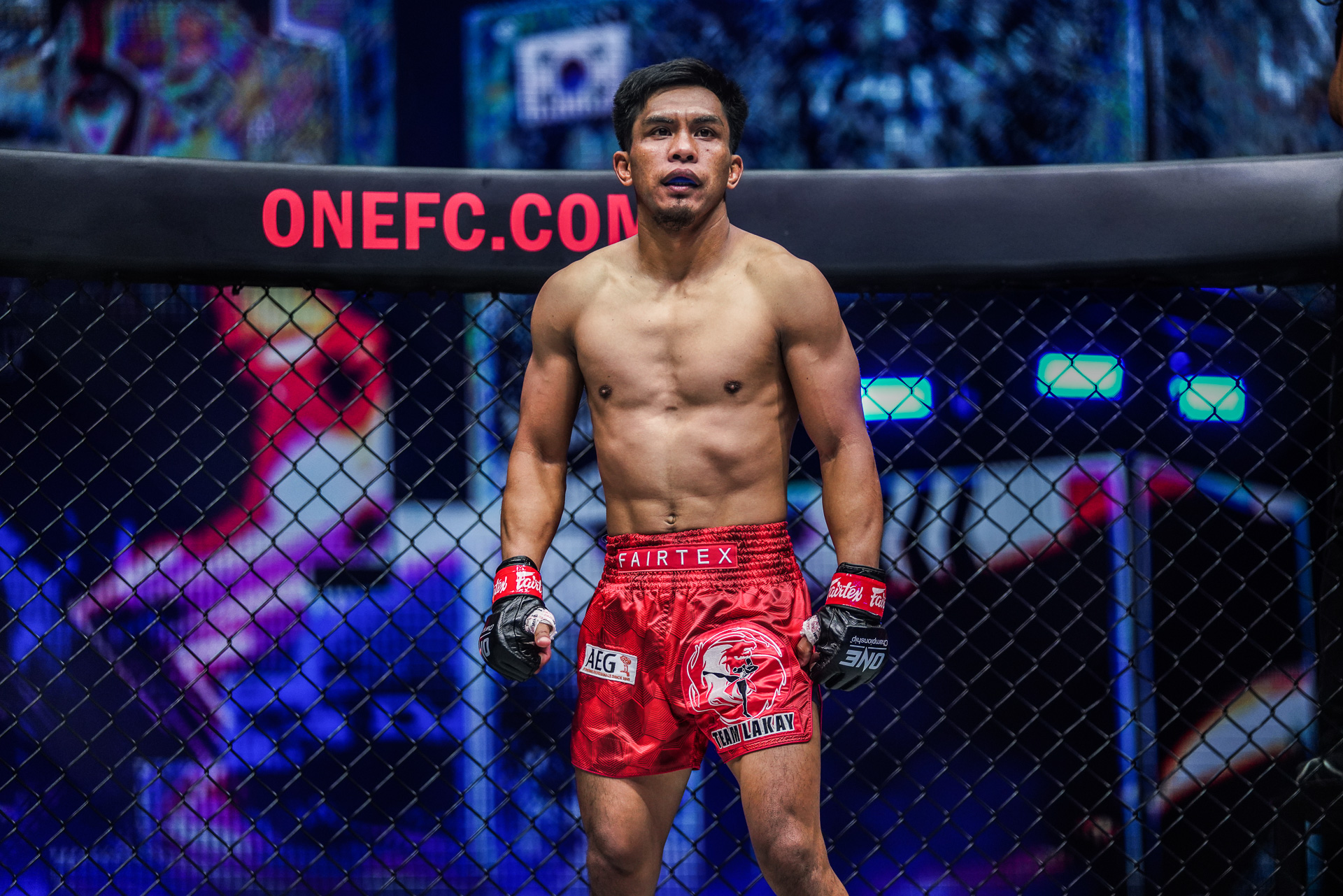 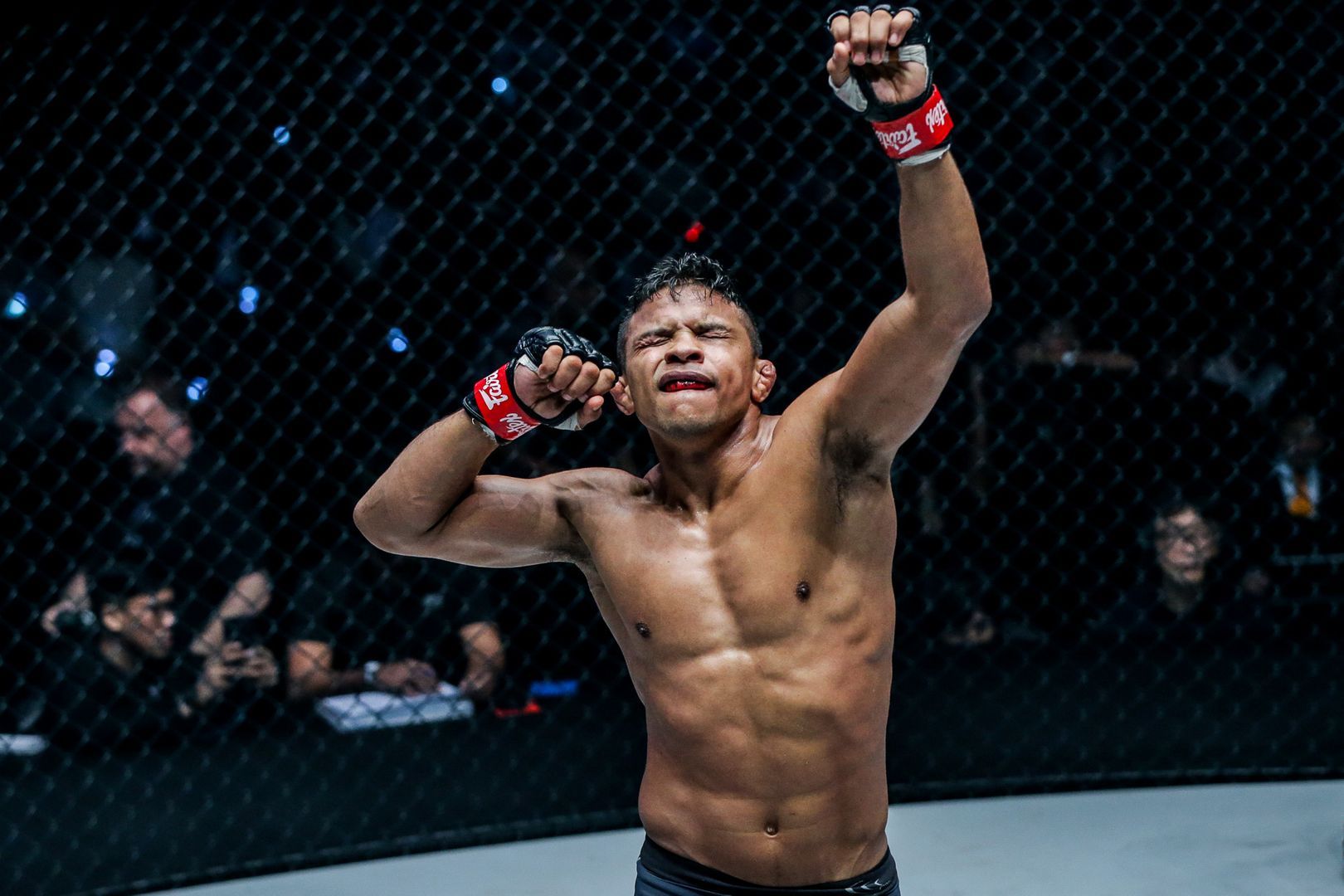 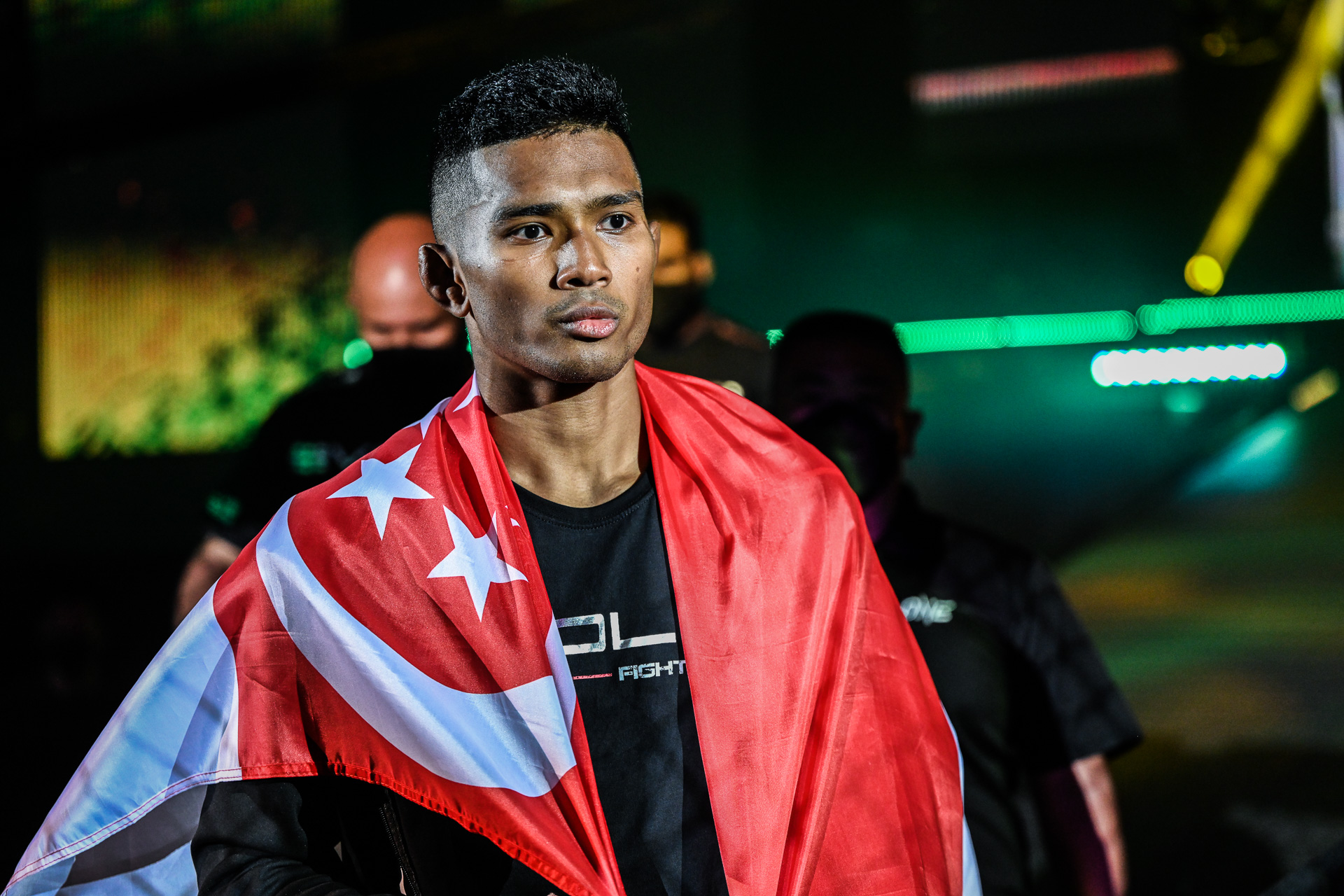